The all-new Seagate Xbox SSD is the newest SSD in their line-up, featuring 1TB of capacity. It has the ability to access games from the Xbox Series X, Xbox Series S, any Xbox One, and any title associated with the Game Pass. Connectivity is handled through a single USB 3.2 port that allows players to take it on the go.

The all-new Seagate Xbox SSD is the newest SSD in their line-up, featuring 1TB of capacity. It has the ability to access games from the Xbox Series X, Xbox Series S, any Xbox One, and any title associated with the Game Pass. Connectivity is handled through a single USB 3.2 port that allows players to take it on the go. 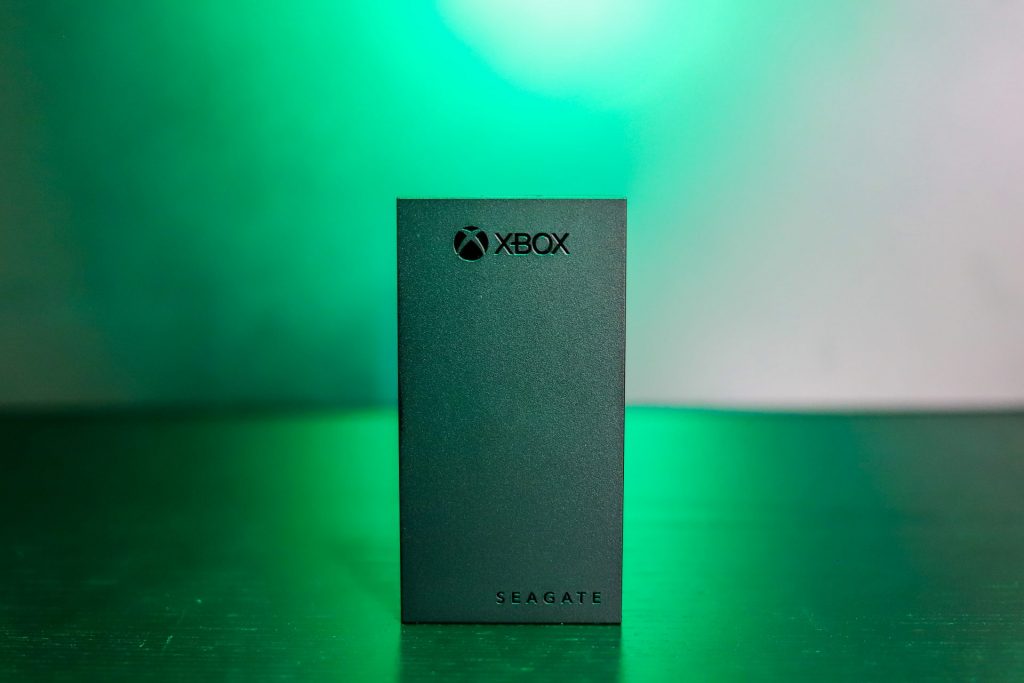 Seagate Xbox Game Drive 1TB SSD – What is it?

The all-new game drives for the Xbox have been split between 3 different storage capacities, there is the 1TB SSD Drive, the 4TB HDD Drive, and the 8TB Hub. In our case, we will be reviewing the 1TB SSD Drive, which goes for $169.99. Currently, typing the product name into a search bar will likely yield you the older model of the game drive, so be careful when researching. The previous model, which was designed for the Xbox One, can be found on various websites, running around $115.00 on Walmart.

The release of these drives seems to line up with the end of the year sales and holiday season. Gearing up for a large number of sales for the current Xbox, players more often than not will need more storage than what their consoles have inside, so Seagate has released these drives early enough to allow for orders. However, while designed for Xbox and compatible with Xbox Series X and Series S, and any generation of Xbox One, it merely adds storage to a console that allows players to expand their library. Most games must still be run off of internal storage on the console, and the only games that would be available to play off this drive would be legacy titles. For an expansion that allows you to run the game from the storage itself, buyers would need to move up to the Seagate Xbox Expansion Card which just got upgraded to 2TB at the high-end.

Interestingly, the Seagate Xbox Game Drive SSD also comes with Seagate’s promise of “Rescue Data Recovery Services.” This is a service that is known to be provided by Seagate in the event of a drive failing, water damage, or a natural disaster, checking availability and the warranty of a drive is easy as going on the website and either contacting support or the “Check Your Warranty” button. For an Xbox-targeted SSD, data recovery may not be a needed item, most data failures would result in just downloading the game or games again. Personal data on a home user/business type drive generally involves data that can’t be easily reproduced in that same way. That said, it’s still a nice to have offering.

Each of these drives comes with a sleek, box-like design that is reminiscent of the actual build of an Xbox.  Compared to each other, the 1TB SSD comes in as the smallest out of the 3 drives, with dimensions of 0.433in x 1.969in x 3.78in, and a weight of 0.11lbs. The drives come in a standard Xbox black color.  The included light bar on the drive can tell the player when the drive is connected and powered on. 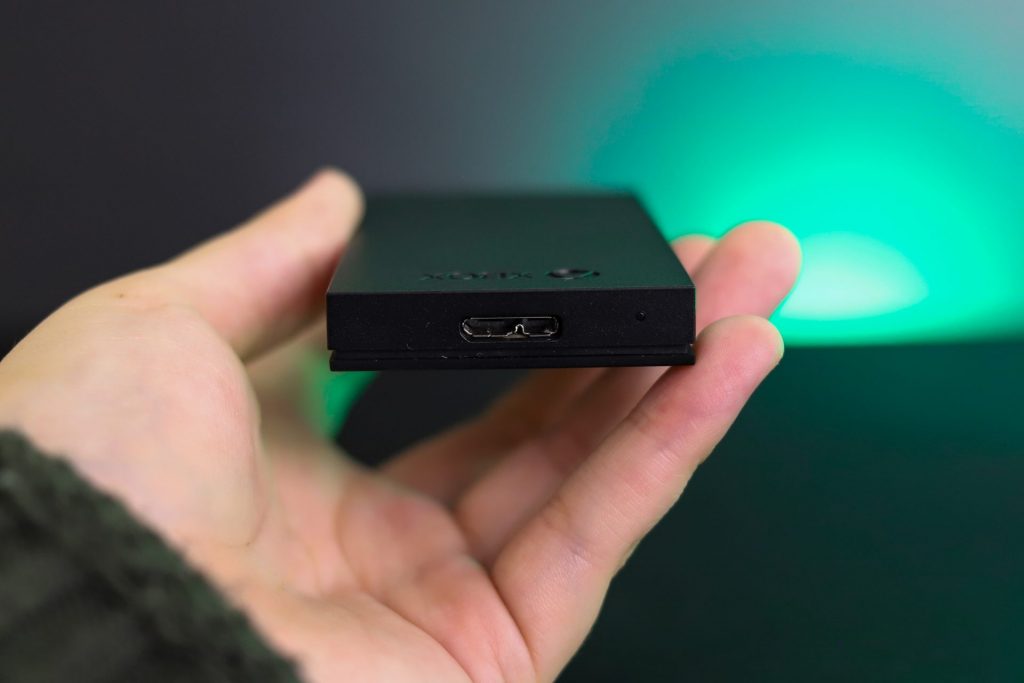 As for testing of the drive, one of the first tests that were performed was the Blackmagic Disk Speed Test.  The 1TB SSD managed to get 408.9 MB/s read and 427.2 MB/s write.  This drive gives the user a fairly decent turnaround time when running, transferring, or downloading games. 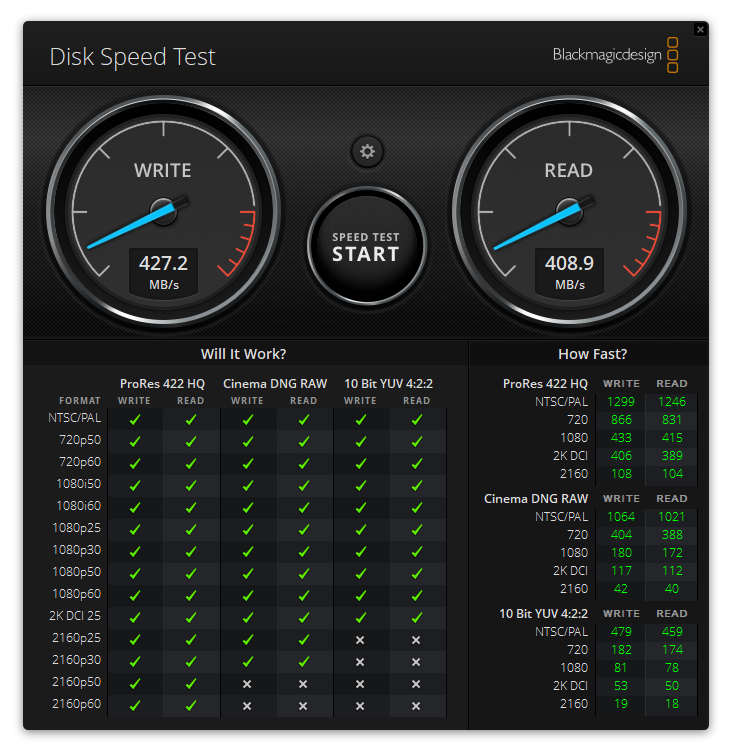 The Seagate Xbox Game Drive 1TB SSD hits many of the right checkmarks when it comes to a reasonably quick, portable drive that anyone can use on their Xbox.  With its sleek design and green-lit bar across the front, it will fit right in with the Xbox aesthetic. 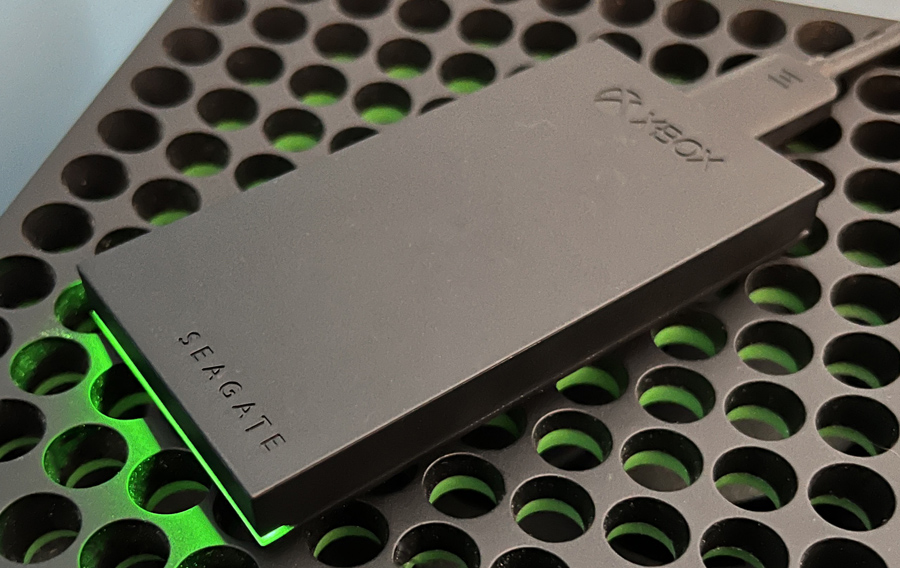 You really have to want this drive for the matched Xbox branding. There are many USB SATA SSDs that will be less expensive, the Samsung T5 for instance has been around for ages and costs a few bucks less. On the other hand, if you’re wanting to use the drive for something other than Xbox, there are dozens of faster options like Seagate’s FireCuda Gaming SSD.

At the end of the day, this drive is very much about design and on that front, it scores well. The drive undoubtedly looks the part for the dedicated Xbox gamer.