The Serial Cables PCIe Gen4 m.2 adapter (PCI4-AD-x4M2-04-G4) allows test labs and users to add an extra Gen4 slot PCIe x4 to desktops and servers with a supported motherboard. Traditionally, m.2 adapters offer enterprises a cost-effective boot-drive alternative for servers (without taking up a front-mount slot); however, this highly customizable adapter can be used for much more than that.

The Serial Cables PCIe Gen4 m.2 adapter (PCI4-AD-x4M2-04-G4) allows test labs and users to add an extra Gen4 slot PCIe x4 to desktops and servers with a supported motherboard. Traditionally, m.2 adapters offer enterprises a cost-effective boot-drive alternative for servers (without taking up a front-mount slot); however, this highly customizable adapter can be used for much more than that. 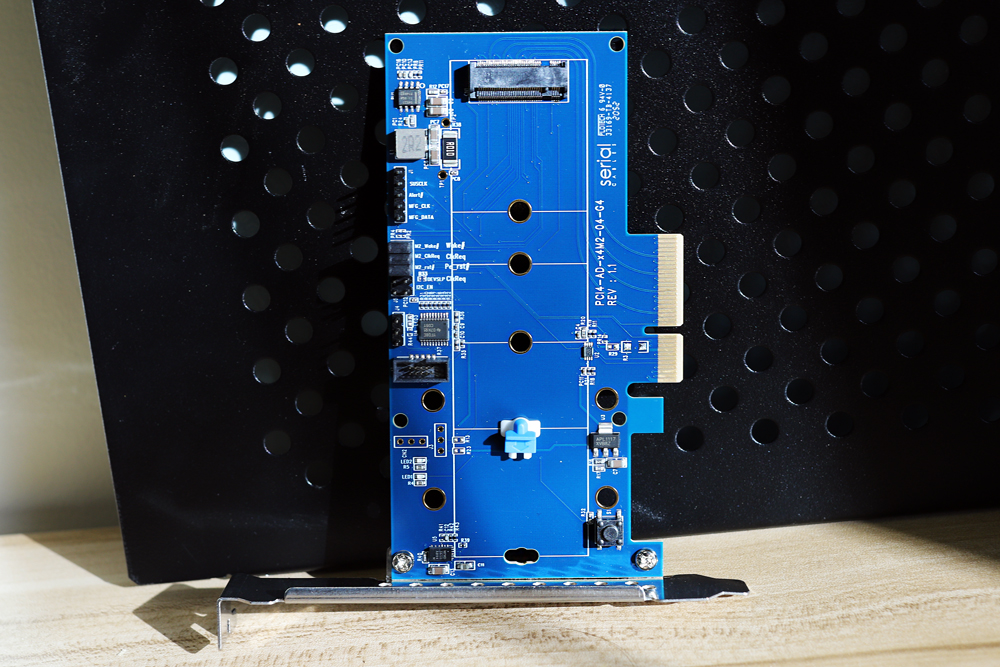 The Serial Cables Gen4 adapter is compatible with pretty much all m.2 SSD sizes, as it features 2230 (30 mm), 2242, 2260, 2280, and full-length 22110 (110 mm) form factor plated-holes. Right now, most Gen4 m.2 SSDs are available in one form factor size (2280), but a range of support allows users to add other non-Gen4 cards of different sizes. Though the adapter card is backward compatible with Gen3 drives, you will, of course, only see Gen3 speeds. This goes for the host motherboard as well. If you add this card on a board that doesn’t support Gen4, the drive will be limited to the Gen3 bandwidth of the PCIe slot.

As far as switching out drives go, this guy is unique and versatile. Where most consumer cards use a screw to hold an m.2 SSD down for more “permanent” means, this card features a few different forms of quick-release tabs. One of these methods is a little spring-loaded function that easily snaps an m.2 drive into place. The other is a plastic tab on a pivot point (shaped like a guitar pick); simply install the drive in the m.2 slot, press it down slightly, then slide the plastic tab over the drive to hold it in place. Eliminating the requirement of a screwdriver will certainly be welcomed by those who have use cases that involve consistently switching out drives, as it can be cumbersome and annoying to install m.2 drives on traditional adapter cards. 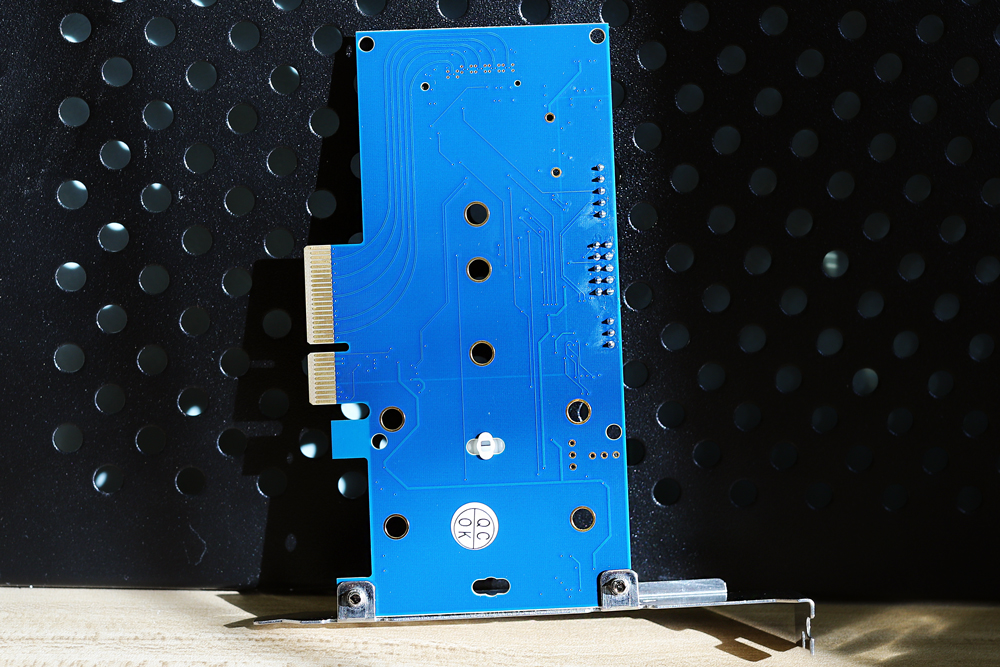 Along the top of the adapter, you will see a range of familiar pins including CLKREQ# (clock request signal), WAKE# (wake up functionality), and PERST# (used to specify power supply voltage parameters). You’ll also notice a tactile switch (i.e., a button that starts or stops a current flow along a circuit) located at the bottom left of the PCB. This has no function at the moment, as Serial Cables added this button for a specific customer who was doing SSD development. Look out for firmware updates to enable this functionality in the future.

To demonstrate the performance of the Serial Cables PCIe Gen4 m.2 adapter, we used the Lenovo P620  (a power-driven workstation that features an AMD Threadripper PRO CPU with PCIe Gen4 support) and ran the Blackmagic benchmark using the following configurations:

The goal of this was to show the adapter meets and or exceeds the onboard slot of a tier 1 workstation. Using the Serial Cables adapter inside the P620, the 980 Pro hit 5.29Gb/s read and 4.36GB/s write. 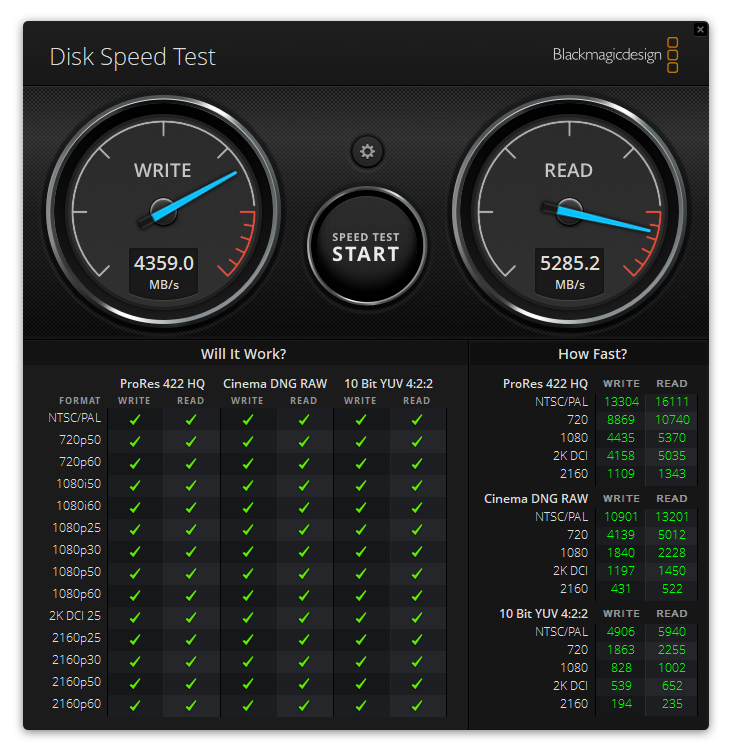 These results were virtually identical to the speeds recorded when the drive was installed directly on the board, as the Samsung Pro posted 5.28GB/s read and 4.34GB/s write.

Though we are simply using the Serial Cables PCIe Gen4 m.2 adapter as a pass-through for M.2 NVMe SSDs to a host system that supports Gen4, you can do much more with it in a test lab or engineering lab that’s working with a lot of drives. As such, the Serial Cables adapter is certainly not for everyone but is much better built than the run-of-the-mill $15 m.2 adapters you might find from your favorite online retailer.

This is an extremely niche adapter card that can be configured to accomplish a range of highly technical tasks. Coupling all of this with its performance that surpassed on-board speeds, there aren’t many cards out there like this.