The Synology DiskStation DS720+ is the latest in Synology’s line of small desktop NAS. The DS720+ looks like the typical two-bay guy from Synology but there are a few new twists, like two more NVMe M.2 bays on the bottom, bringing the total to four. This particular NAS is designed to streamline user data storage and multimedia management.

The Synology DiskStation DS720+ is the latest in Synology’s line of small desktop NAS. The DS720+ looks like the typical two-bay guy from Synology but there are a few new twists, like two more NVMe M.2 bays on the bottom, bringing the total to four. This particular NAS is designed to streamline user data storage and multimedia management. 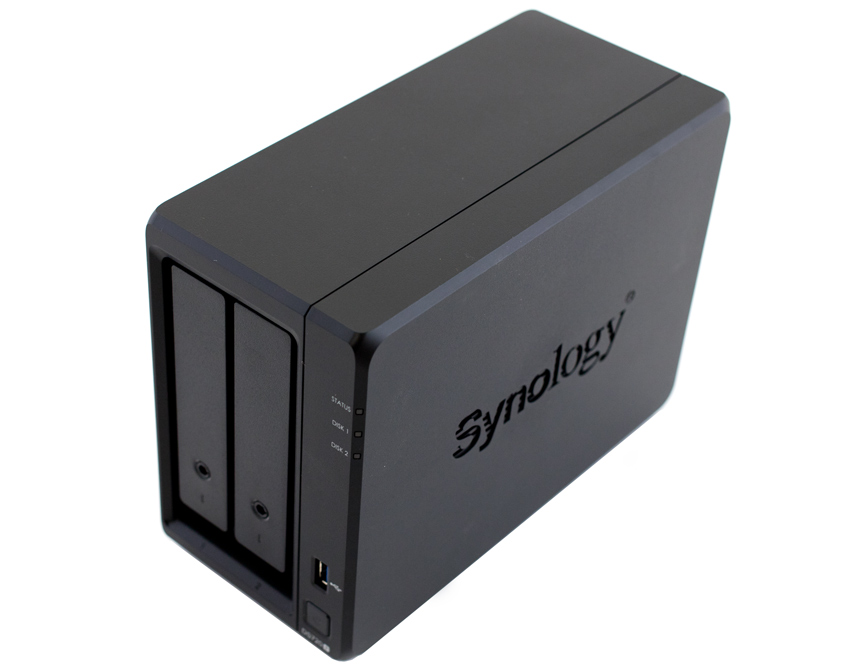 From a hardware standpoint, the DS720+ is more performance-oriented than some of the other Synology NAS devices, as designated by the “+” moniker. The DS720+ is equipped with an Intel Celeron J4125 4-core CPU and 2GB of DDR4 RAM, though one can expand it up to 6GB. As stated, there are two M.2 SSD slots on the bottom that can be used for caching, speeding up performance. If capacity becomes an issue, users can add a Synology DX517 to expand to meet their growing storage needs.

The Synology DiskStation DS720+ is a smallish desktop NAS that is the size of the company’s normal two-bay NAS devices. The two 3.5” drive bays take up a majority of the front of the device. On the right are the indicator lights, USB 3.0 port, and power button. The sides of the NAS have Synology branding that doubles as ventilation. 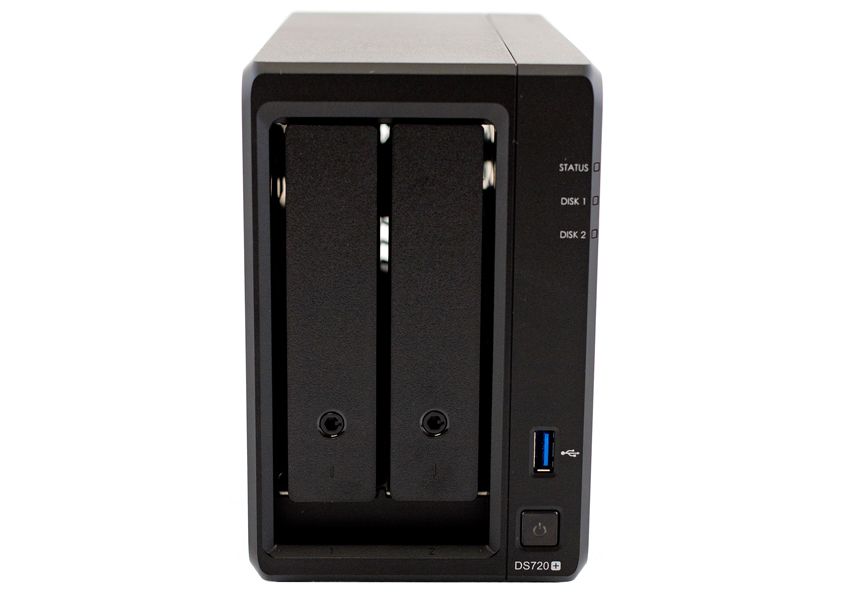 Flipping the device around to the rear the system fan takes up about the top two-thirds of the NAS. Beneath that are two 1GbE RJ-45 ports, a reset button, an eSATA port, the power port, another USB 3.0 port, and the Kensington Security slot. 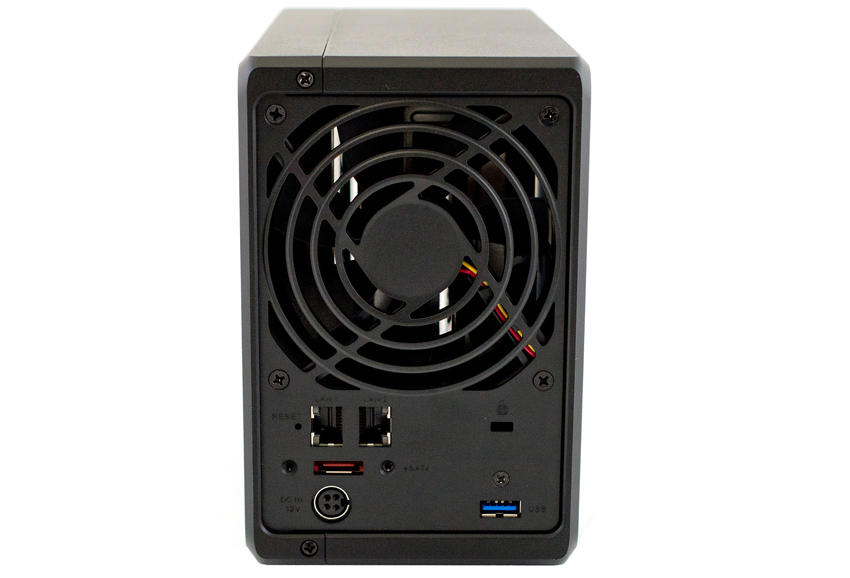 The bottom of the NAS has two slots for M.2 NVMe SSDs. These are toolless and simply pop open so the drives can be inserted. 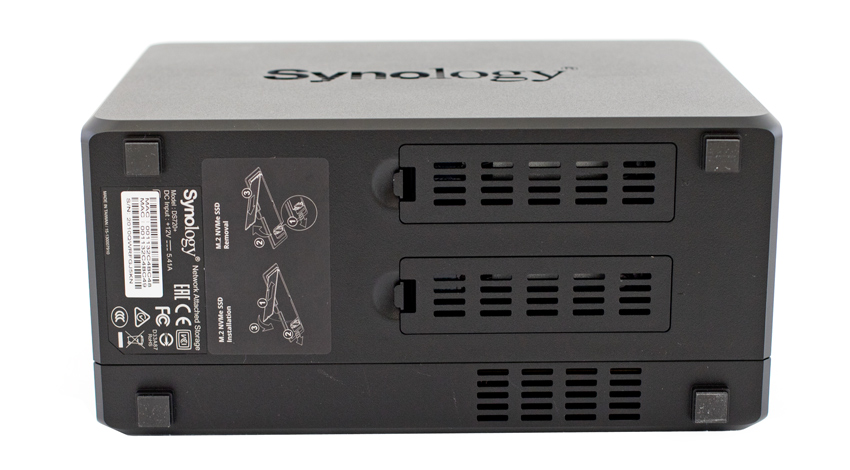 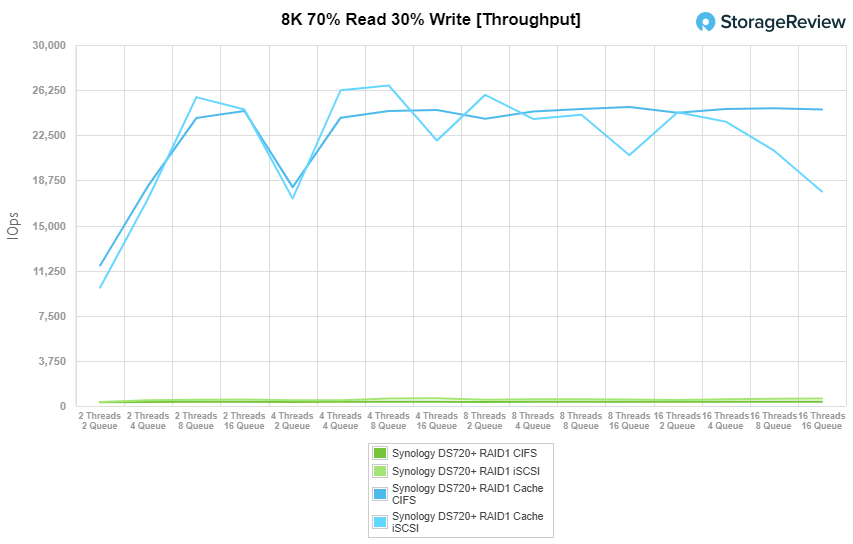 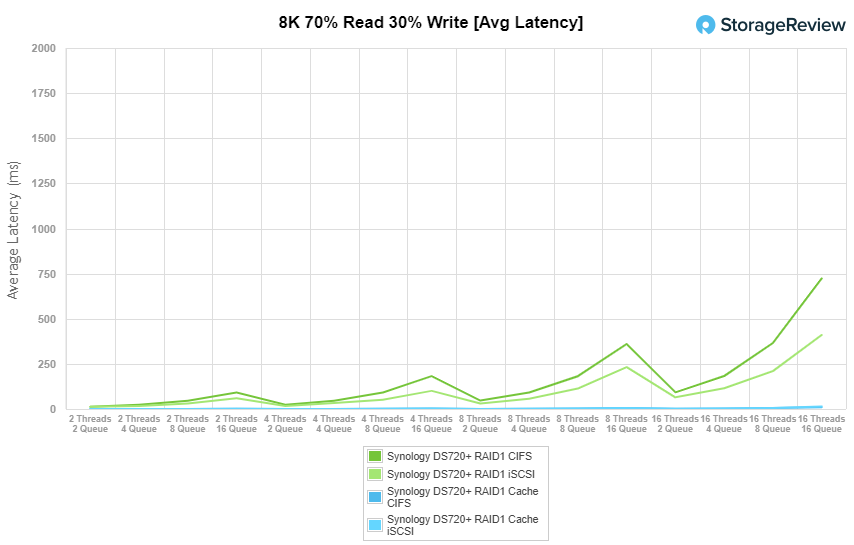 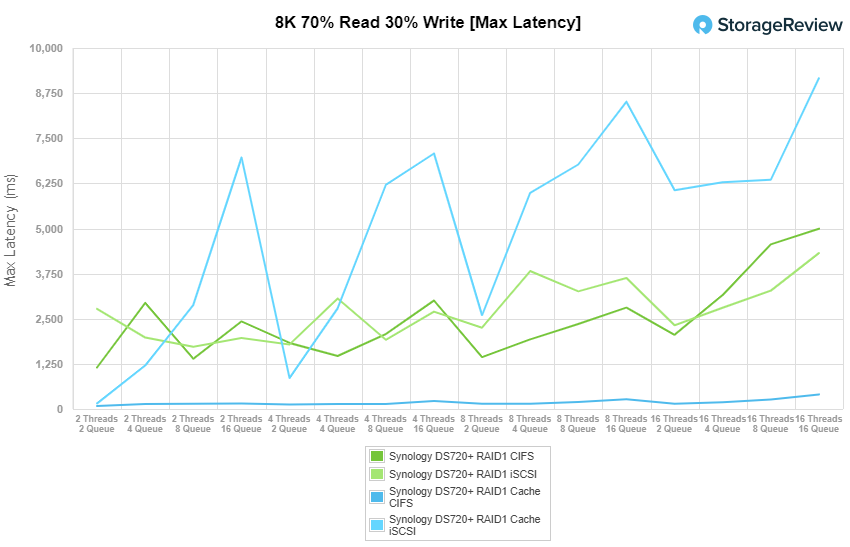 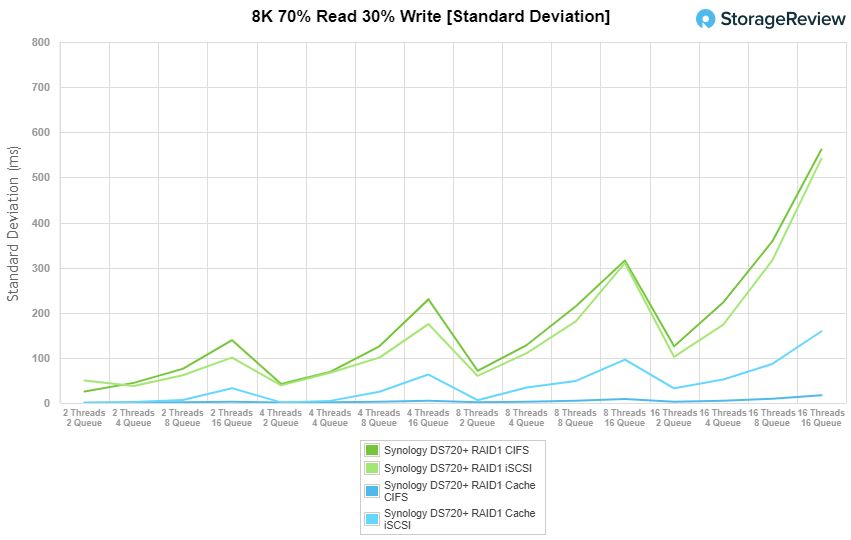 The DS720+ is yet another powerful 2-bay NAS offering from Synology. What sets it apart, however, is the addition of dual M.2 SSD caching bays, which is something you usually only see in larger “plus” units. This certainly adds a ton of performance flexibility as you can see from the results above. Complementing this is an Intel Celeron J4124 4-core CPU, up to 6GB of DDR4 RAM, and support for Synology’s DX517 expansion bays for those who might need more storage capacity as their needs grow. It also comes equipped with two 1GbE ports and is managed by the always-impressive and comprehensive DiskStation Manager, the latter which offers a range of powerful multimedia and management apps.

The Synology DS720+ brings more power to those that need a small powerful NAS to start, but desire a lower initial investment with 5-bays of expansion capability if needed. The addition of the NVMe bays is another huge plus, as can be seen in our numbers. A tiny bit of flash is a game-changer when it comes to performance, even over GbE. The only downside is these flash bays cannot be configured for RAID, but for caching they do really well. Overall the DS720+ is another strong offering from Synology, sitting confidently atop their 2-bay NAS portfolio.

How To: Install TrueNAS CORE 12