Synology has a nice line of NAS devices that are great for SOHO and SMBs. The only drawback is that midrange NAS aren’t typically built with maximum performance and network speed in mind. Thanks to a new add-in card, now they don’t have to be. With the introduction of the Synology E10M20-T1 AIC, users can get much higher I/O and bandwidth with one card.

Synology has a nice line of NAS devices that are great for SOHO and SMBs. The only drawback is that midrange NAS aren’t typically built with maximum performance and network speed in mind. Thanks to a new add-in card, now they don’t have to be. With the introduction of the Synology E10M20-T1 AIC, users can get much higher I/O and bandwidth with one card. 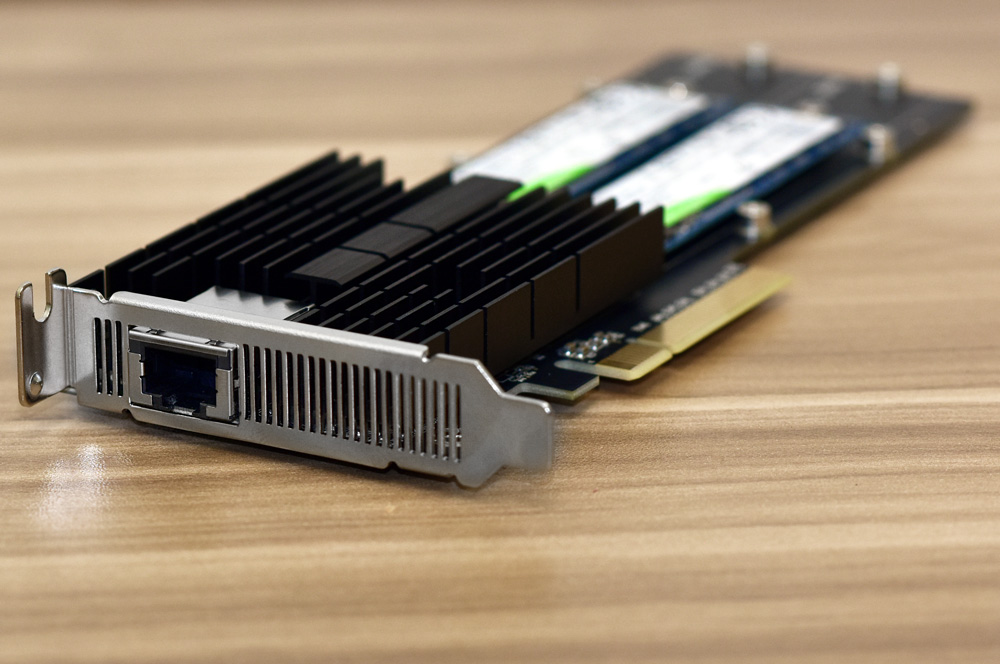 For bandwidth, the Synology E10M20-T1 comes with a 10GbE port, drastically upping the I/O from a NAS that has GbE onboard. On top of the enhanced network performance, the card comes with two NVMe SSD slots for M.2 drives (2280 and 22110 form factors). This gives users high I/O performances and adds two NVMe slots for SSD cache without giving up to drive bays. That way users can load up their NAS with high capacity HDDs and still have an SSD cache. This card is particularly useful in some of Synology’s older NAS systems as well, that don’t have the onboard SSD slots.

The Synology E10M20-T1 can be picked up today for $250. For those who prefer, we have a video walkthrough of the card as well.

The Synology E10M20-T1 is a HHFL AIC that will fit in select models of Synology NAS. On one side are heatsinks that run the length of the card. 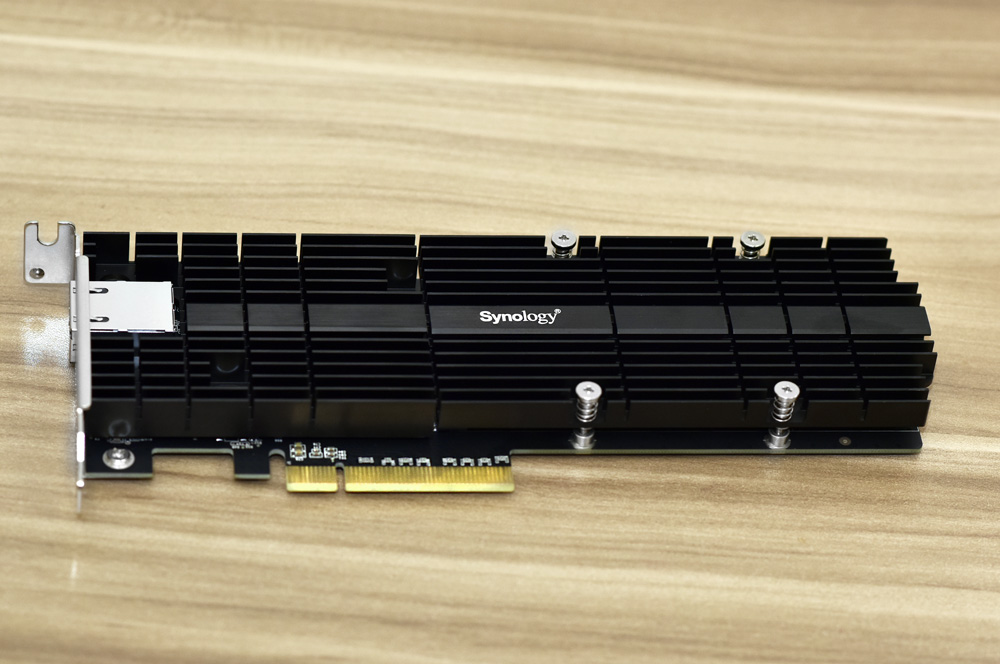 Removing the heatsink with four screws at the rear gives one access to the two M.2 NVMe SSD bays. Overall it is easy to secure drives on the card. 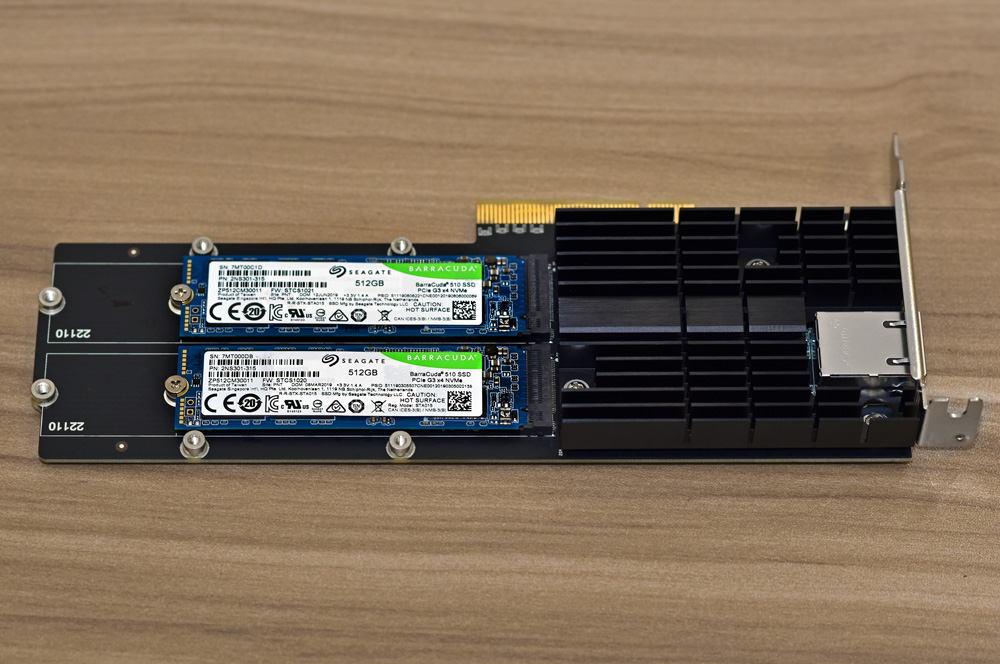 The back of the card is relatively spartan. Synology also includes a full size bracked in the box should that be required, and some thermal contact pads for the SSDs. 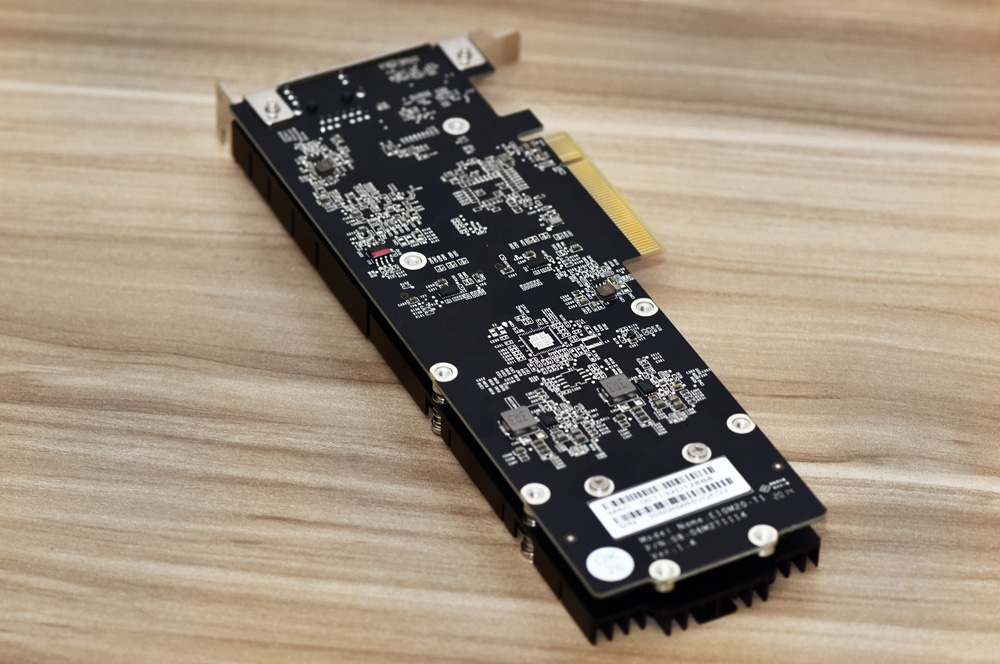 To test the Synology E10M20-T1 we inserted it in a Synology DS1819+. We filled the HDD bays with WD Red 14TB HDDs. For the cache, we used Synology’s SNV3400-400G SSDs. We tested the drives in both iSCSI and CIFS configuration in RAID6 with the cache off and on.

Our last 4K test is the standard deviation. Here, without the cache, CIFS gave us 228ms read and 288ms write, with the cache enable latency dropped all the way to 7.3ms read and 2ms write. For iSCSI, we again saw a spike instead of a drop in reads, going from 69ms non-cache to 196ms cached. Writes showed an improvement, going from 282ms to 16ms.

Compared to the fixed 16 thread, 16 queue max workload we performed in the 100% 4K write test, our mixed workload profiles scale the performance across a wide range of thread/queue combinations. In these tests, we span workload intensity from 2 threads and 2 queues up to 16 threads and 16 queues. In the non-cached CIFS, we saw throughput start at 221 IOPS and end at 219 IOPS, pretty steady throughout. With the cached enable we saw CIFS start at 4,597 IOPS and end at 4,844 IOPS. For iSCSI, the non-cache started at 519 IOPS and ended at 1,751 IOPS. With the cache activated we saw iSCSI start at 8,308 IOPS and end down at 1,340 IOPS. 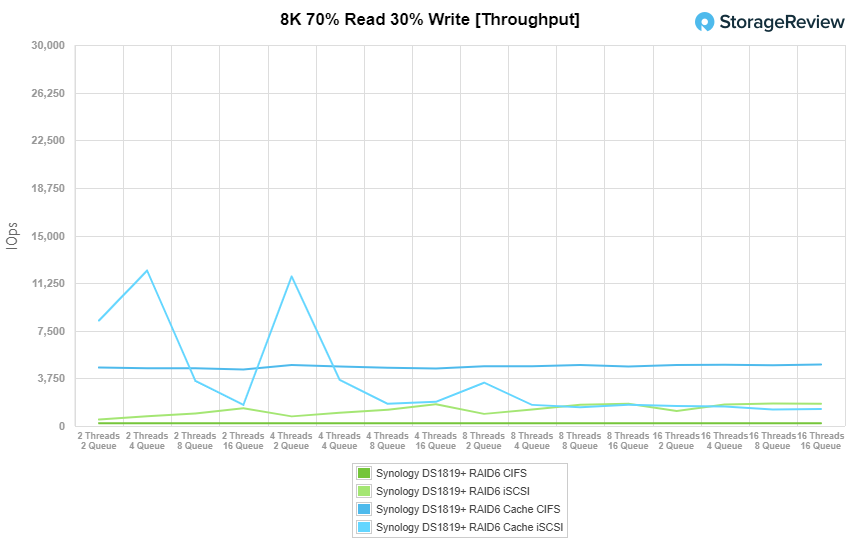 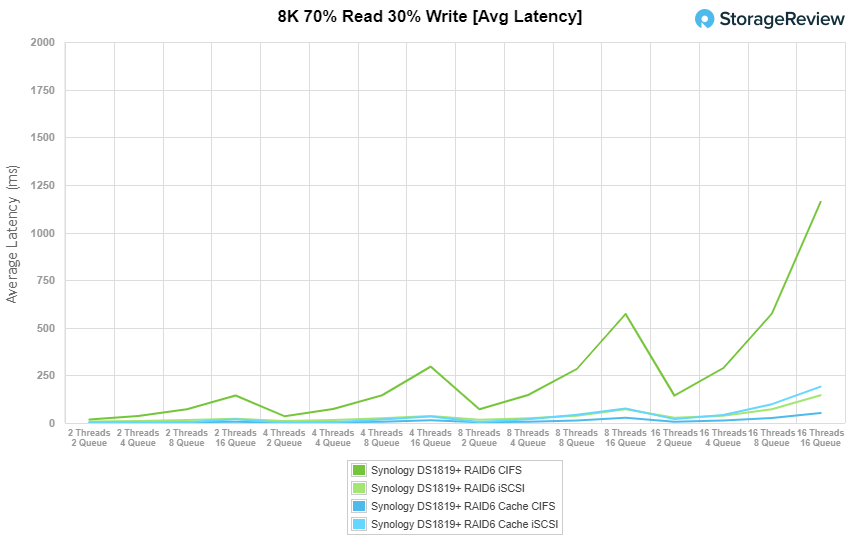 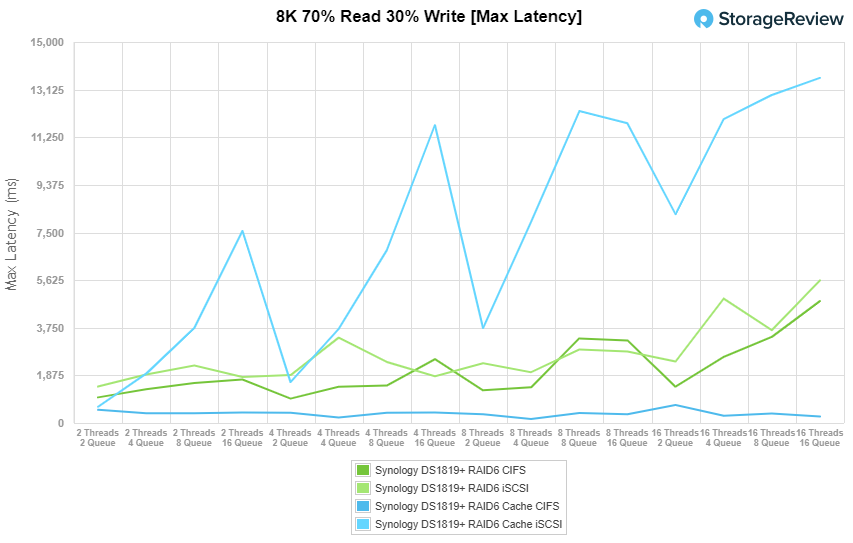 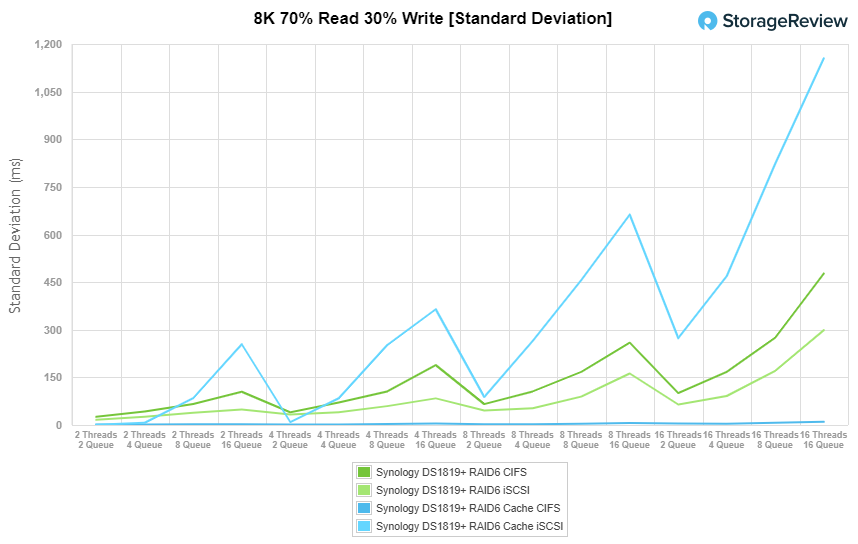 Synology has come up with an easy way to add 10GbE connectivity and NVMe cache to a select amount of their NAS devices through the Synology E10M20-T1 AIC. The card fits in nicely with the company’s SSD line and has slots to fit two  2280 or 22110 M.2 form factors. This allows users to load the NAS up with high capacity HDDs and then use the card to boost I/O performance. And, of course, the 10GbE port increases network speed over the onboard GbE ports.

The Synology E10M20-T1 AIC is an easy way to add 10GbE connectivity and an SSD cache to select Synology NAS models. While it didn’t improve all performance across the board, it did see some significant boosts in several of our benchmarks.

How it Works: Dell Technologies Multi-Cloud Storage with PowerScale