PCIe Gen4 devices were enabled through the release of newer AMD Ryzen motherboards. We are still seeing PCIe Gen4 storage trickling out, with more and more coming out on the client side of things. Today we see our third review on the client side with the TEAMGROUP T-FORCE CARDEA Ceramic C440 M.2 SSD.

PCIe Gen4 devices were enabled through the release of newer AMD Ryzen motherboards. We are still seeing PCIe Gen4 storage trickling out, with more and more coming out on the client side of things. Today we see our third review on the client side with the TEAMGROUP T-FORCE CARDEA Ceramic C440 M.2 SSD. 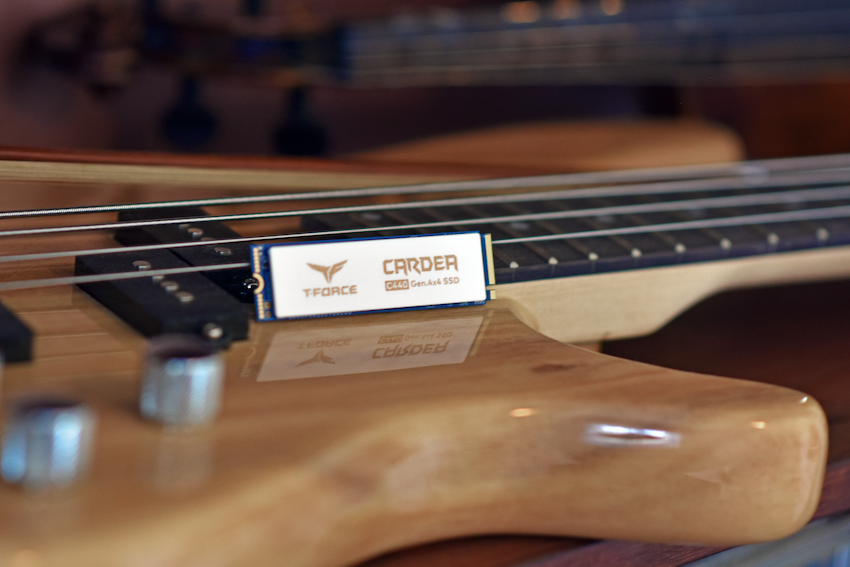 The CARDEA Ceramic C440 is an M.2 PCIe SSD that uses the PCIe Gen4 x4 NVMe 1.3 interface. In so doing, the drive can claim speeds up to 5GB/s sequential read and up to 750K IOPS throughput. Of course, users need a compatible system. The drive leverages 3D NAND to get capacities up to 2TB. The drive supports S.M.A.R.T. function along with GC (garbage collection), TRIM command, LDPC (Low Density Parity Check Code) error correction mechanism, E2E Data Protection to help prolong the life of the SSD.

A neat aspect to this drive is its ceramic heat spreader. This gives the SSD a thin, lightweight way of getting heat off the drive. This means the drive can function at higher performance for longer under sustained workloads, while being made of more environmentally friendly components. To top it off, the drive just looks and feels neat. Depending on how one sets up their rig, the drive can be displayed to show off just how cool it looks. 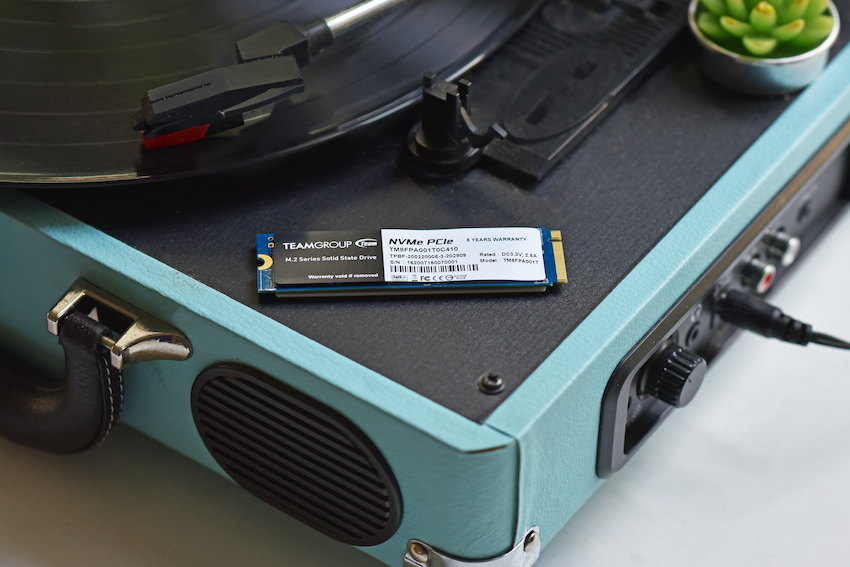 As we migrate into testing newer NVME Gen4 SSDs, its required a platform shift in our lab to support the newer interface. Lenovo has been out in the front of the pack with PCIe Gen4 support, including up to the front-mount U.2 bays, while others still only offer edge-card support. In our Gen4 reviews we leverage the Lenovo ThinkSystem SR635 server, equipped with an AMD 7742 CPU and 512GB of 3200Mhz DDR4 memory.  NVMe is tested natively through an M.2 to PCIe adapter card in the edge-card slow, while U.2 drives are loaded in the front. The methodology used better reflects end-user workflow with the consistency, scalability and flexibility testing within virtualized server offers. A large focus is put on drive latency across the entire load range of the drive, not just at the smallest QD1 (Queue-Depth 1) levels. We do this because many of the common consumer benchmarks don’t adequately capture end-user workload profiles.

For our SQL Server transactional benchmark, the CARDEA Ceramic C440 scored 3,159.3 TPS placing it square in the middle of the pack. 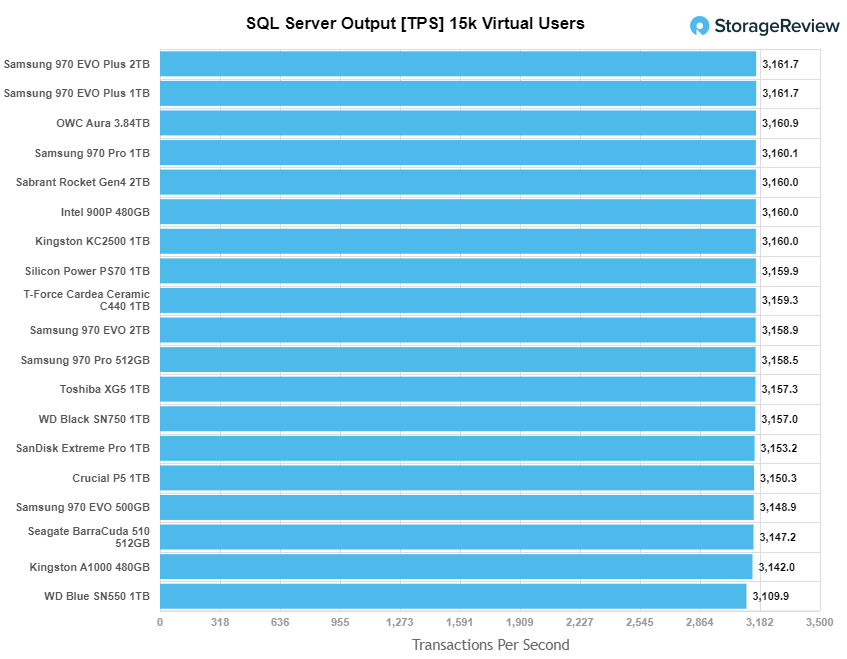 For SQL Server average latency the T-Force drive had 4ms putting a little better than halfway. 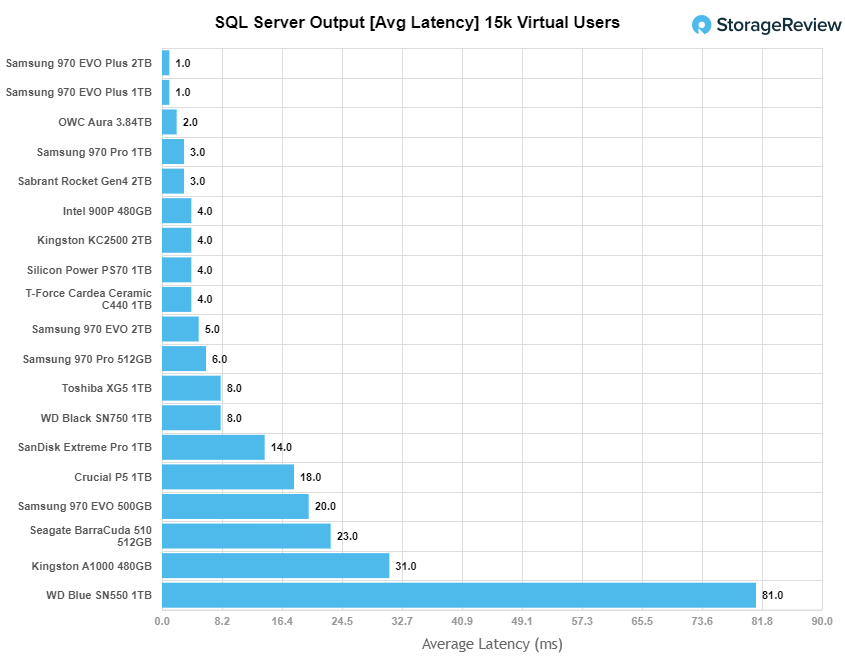 When it comes to benchmarking storage devices, application testing is best, and synthetic testing comes in second place. While not a perfect representation of actual workloads, synthetic tests do help to baseline storage devices with a repeatability factor that makes it easy to do apples-to-apples comparison between competing solutions. These workloads offer a range of different testing profiles ranging from “four corners” tests, common database transfer size tests, to trace captures from different VDI environments. All of these tests leverage the common vdBench workload generator, with a scripting engine to automate and capture results over a large compute testing cluster. This allows us to repeat the same workloads across a wide range of storage devices, including flash arrays and individual storage devices. Our testing process for these benchmarks fills the entire drive surface with data, then partitions a drive section equal to 5% of the drive capacity to simulate how the drive might respond to application workloads. This is different from full entropy tests which use 100% of the drive and take them into steady state. As a result, these figures will reflect higher-sustained write speeds.

Next, we looked at our VDI benchmarks, which are designed to tax the drives even further. In Boot, the CARDEA Ceramic C440 once more had the highest peak at 113,835 IOPS at a latency of 282.8µs before spiking back and forth and dropping off some.

The TEAMGROUP T-FORCE CARDEA Ceramic C440 is the latest PCIe Gen4 client SSD we were able to get our hands on. Using the new interface, the drive has quoted speeds with upwards of 5GB/s and 750K IOPS throughput. This particular drive comes with a pretty ceramic heat spreader that gives it its name as well as allows for the SSD to be run harder and longer.