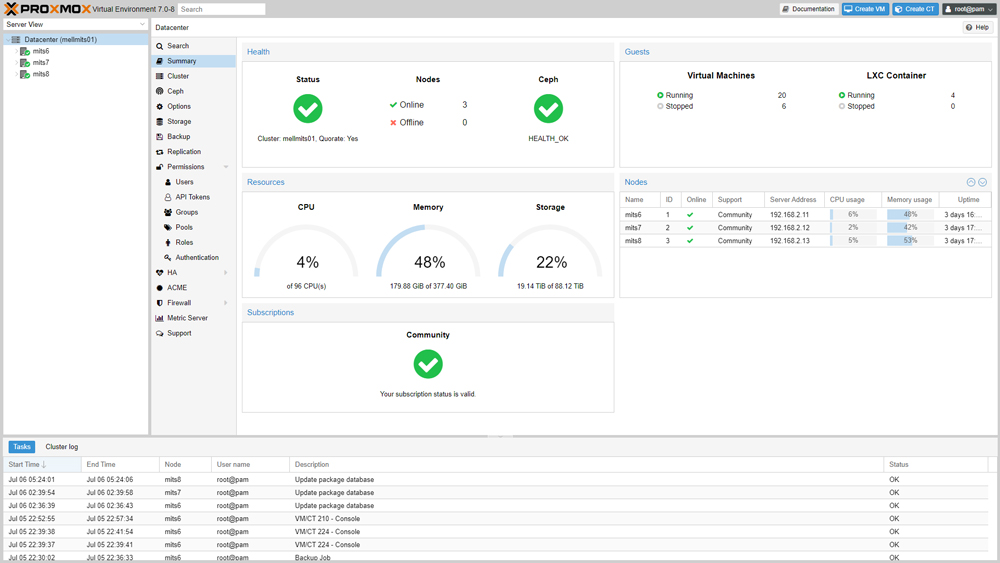 We like Proxmox here at StorageReview, though it tends to get overlooked. As we’ve said previously, Proxmox VE is an open-source server virtualization platform that is pretty powerful but gets overshadowed by hypervisors like VMware ESXi and KVM. Its free and open-source nature makes it a good choice for homelabbers and SMBs that want to avoid the requirements that other larger names tend to come with.

Currently, Proxmox has a user base with more than 450,000 hosts worldwide. The flexibility when it comes to what Proxmox can run on helps to make this adoption soar. To prove the point, we took three Lenovo ThinkCentre m90n’sand created a Proxmox VE cluster a few months back. We found Proxmox simple to install and deploy and easy to use for our purposes. And we also saw some good performance from this low-budget setup. We tried ESXi, but with many of these small systems, the NIC wasn’t supported.

What Proxmox Virtual Environment 7.0 brings to the table

But you already knew that what’s new? Proxmox has released a huge list of new and notable enhancements including:

Proxmox Virtual Environment 7.0 is available to download now. As always, it is free and open-source. The company does offer enterprise support for a fee.