The Dapustor Haishen3 H3200 is a power-efficient NVMe SSD meant for a range of different applications. Today, we will be looking at the ruler (E1.S) iteration of the H3200 line (specifically labeled as H3201), which comes in two capacities featuring 112-layer KIOXIA 3D enterprise NAND and a Marvell controller. We previously reviewed the DapuStor H3200—the U.2 form factor model. While the U.2 form factor is meant more for heavy use like in data centers, video surveillance and edge computing, the E1.S version is designed mainly to give hyper scalers some flexibility regarding performance and density, all inside a tiny (i.e., just a little larger than an M.2 drive) form factor.

The Dapustor Haishen3 H3200 is a power-efficient NVMe SSD meant for a range of different applications. Today, we will be looking at the ruler (E1.S) iteration of the H3200 line (specifically labeled as H3201), which comes in two capacities featuring 112-layer KIOXIA 3D enterprise NAND and a Marvell controller. We previously reviewed the DapuStor H3200—the U.2 form factor model. While the U.2 form factor is meant more for heavy use like in data centers, video surveillance, and edge computing, the E1.S version is designed mainly to give hyper scalers some flexibility regarding performance and density, all inside a tiny (i.e., just a little larger than an M.2 drive) form factor. 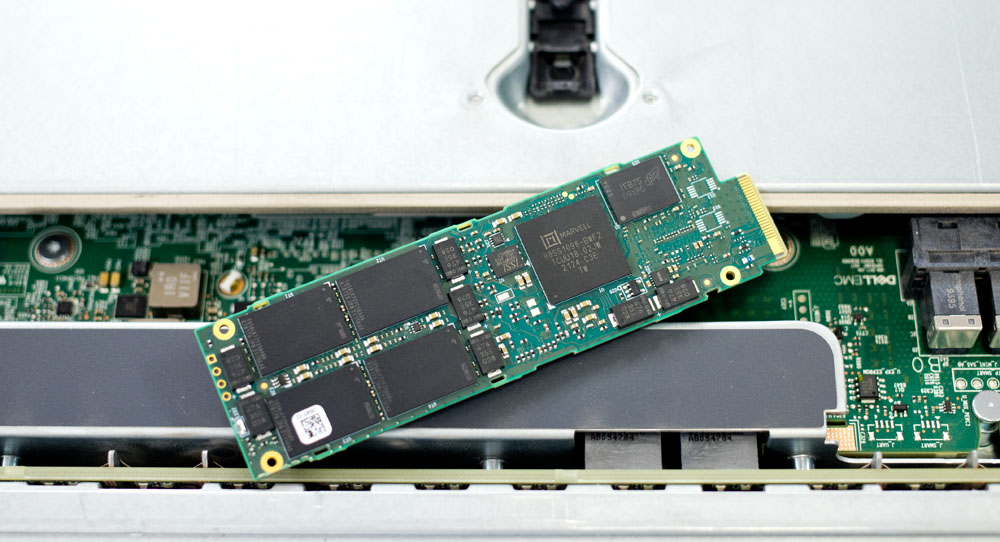 As far as its physical footprint goes, the benefits of E1.S are substantial. With the U.2 version of the H3200, you can really only fit 10-12 of them inside a 1U server chassis (without having to use midplanes or other time-consuming methods). With the H3200 E1.S, you can fit 24 front-mounted drives in the same 1U system, all of which are hot-swappable with enterprise-grade features. This is hugely important for both OEM and hyperscale. As a result, the E1.S model will allow organizations to create a significantly denser 1U server. 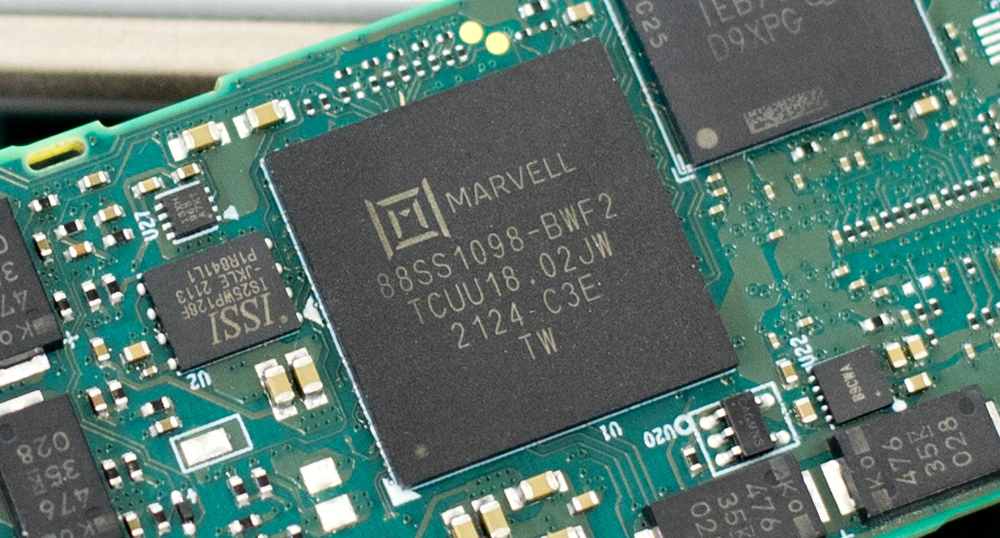 The DapuStor H3201 is highlighted by security features, such as end-to-end data protection on both Firmware and hardware path, including DDR ECC, LDPC, power loss protection. Performance-wise, the 3.84TB DapuStor H3201 is quoted to reach sequential speeds up to 3,400MB/s read and 2,500MB/s write, while random 4k performance is expected to hit as high as 720,000 IOPS read and 105,000 IOPS write.

For reliability, the H3201 features an endurance rating of 1 DWPD. DapuStor offers another E1.S model at a 3.2TB capacity point, dubbed the “H3101”. This version is the higher-endurance model, which offers better random write performance (220K IOPS) and a much longer lifespan at 3 drive writes per day.

All models from the DapuStor H3200 line are backed by a 5-year warranty.

In order to understand the performance characteristics of enterprise storage devices, it is essential to model the infrastructure and the application workloads found in live-production environments. Our benchmarks for the DapuStor H3200 are therefore the MySQL OLTP performance via SysBench and Microsoft SQL Server OLTP performance with a simulated TCP-C workload. For our application workloads, each drive will be running 2-4 identically configured VMs.

In average latency, the DapuStor H3200 showed another solid result with 2.5ms, while the U.2 version showed a significantly higher average of 126.5ms.

Looking at our Sysbench transactional benchmark, the DapuStor H3200 E1.S posted a solid aggregate score of 8,646, which was much better than the H3200 U.2 model’s 7,879 average TPS.

Lastly, with VDI LC Monday Login, DapuStor H3201 E1.S showed very unstable performance as it approached 20K IOPS, with spikes that ended up at a maximum of just under 40K and near the 400µs mark. The H3200 U.2 model showed very stable performance, peaking at 66,846 IOPS at 236.9µs.

The DapuStor H3201 is a Gen3 NVMe SSD solution that features 112-layer 3D NAND from KIOXIA and a Marvell controller. It comes in just the E1.S form factor in one capacity (3.84TB), making it primarily a drive for hyperscale environments at the moment. Those looking for higher endurance have the option of the H3201 model, which features improved write performance and a higher DWPD rating. 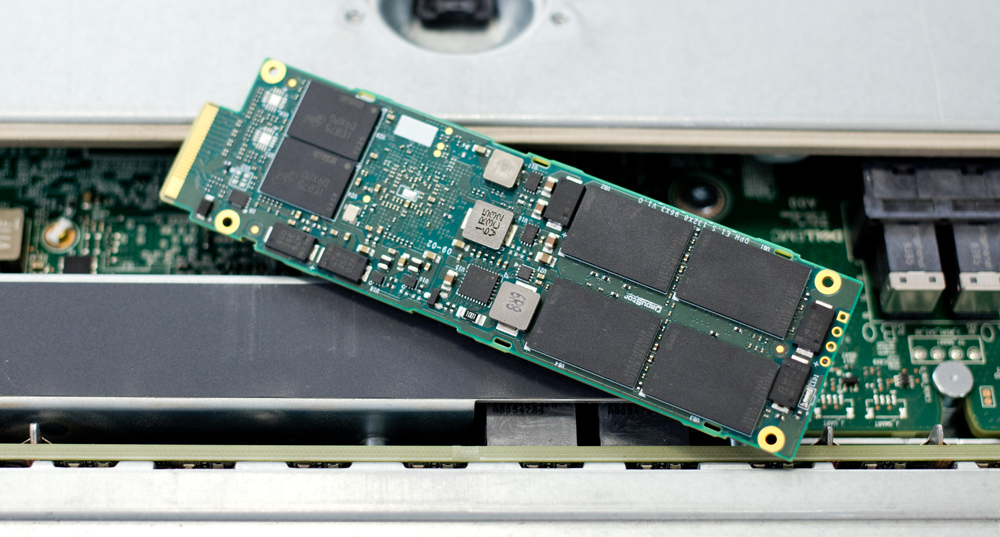 During our tests, we compared the drive to the H3200, the U.2 version of the DapuStor Haishen3 line. For Application Workload Analysis, the DapuStor H3201 gave us some pretty solid results, hitting 12,646 TPS at 4VMs and 2.5ms in average latency. For Sysbench, the drive hit 8,646 TPS, 14.8ms in average latency, and 27.61ms for worst-case scenario latency, all of which upper-tier performance.

Though application use cases for the ruler are fairly limited at the moment (e.g., hyperscale), especially for these skinny drives without heat sync, E1.S servers are on the cusp of becoming mainstream. This will significantly increase the number of available drive slots for enterprise servers, and in turn, will result in new bar-setting, high-density IOPS-driven servers and storage systems with a huge focus on serviceability. The DapuStor H3201 uses an older Gen3 interface, but the performance is promising and this should be a good platform for DapuStor going forward into Gen4 and Gen5 E1.S SSDs.