My entry in our $800 TrueNAS showdown is certainly the best. The Intern effectively edited a gaming PC build and Kevin took the lazy path to TrueNAS CORE. I, on the other hand, assembled a pile of “premium” components (some in more pieces than intended)  that will help me deliver reliable performance that will smoke the other two systems. My centerpiece is an AMD EPYC board that will give me four SATA ports in addition to my secret weapon, installed in the M.2 NVMe slot.

My entry in our $800 TrueNAS showdown is certainly the best. The Intern effectively edited a gaming PC build and Kevin took the lazy path to TrueNAS CORE. I, on the other hand, assembled a pile of premium components that will help me deliver reliable performance that will smoke the other two systems. My centerpiece is an AMD EPYC board that will give me four SATA ports in addition to my secret weapon, installed in the M.2 NVMe slot. 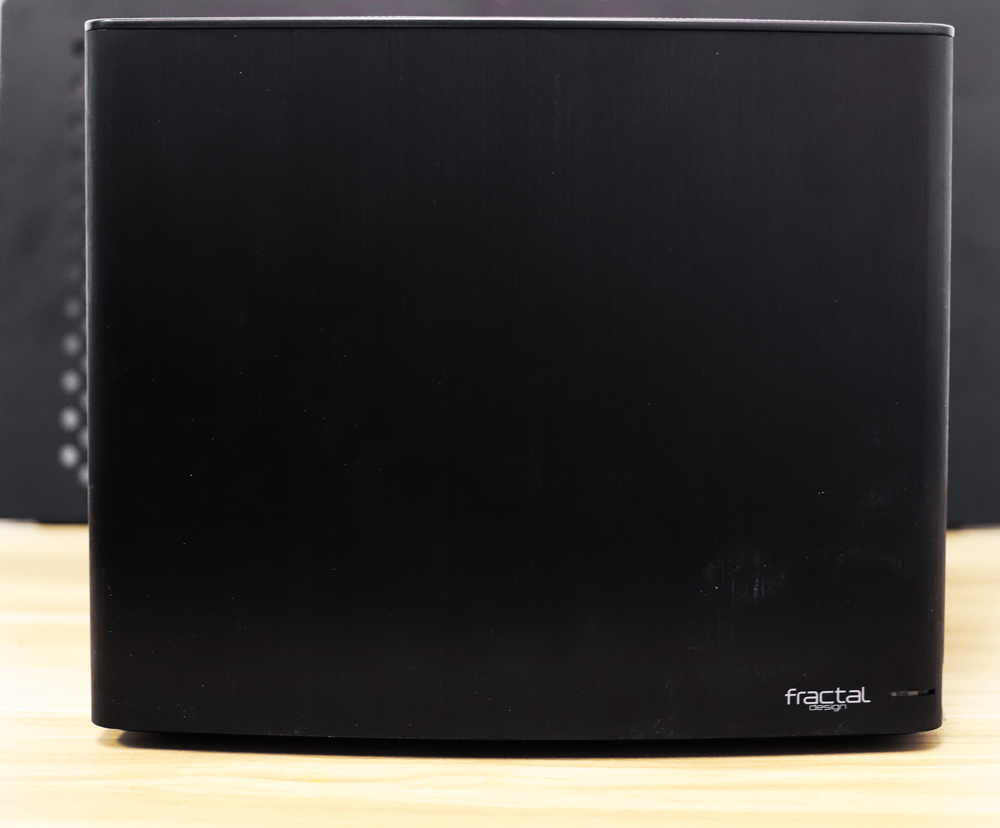 At the start of this adventure, to be honest, I never even thought about Supermicro for these Mini ITX boards. What a fun tool though for builds like these though. The boards are obviously small, but they’re very well equipped and in this case, include enterprise-ish processors. That’s important for TrueNAS CORE, as this gets us access to out-of-band management, ECC DRAM, and a PCIe slot for faster connectivity. 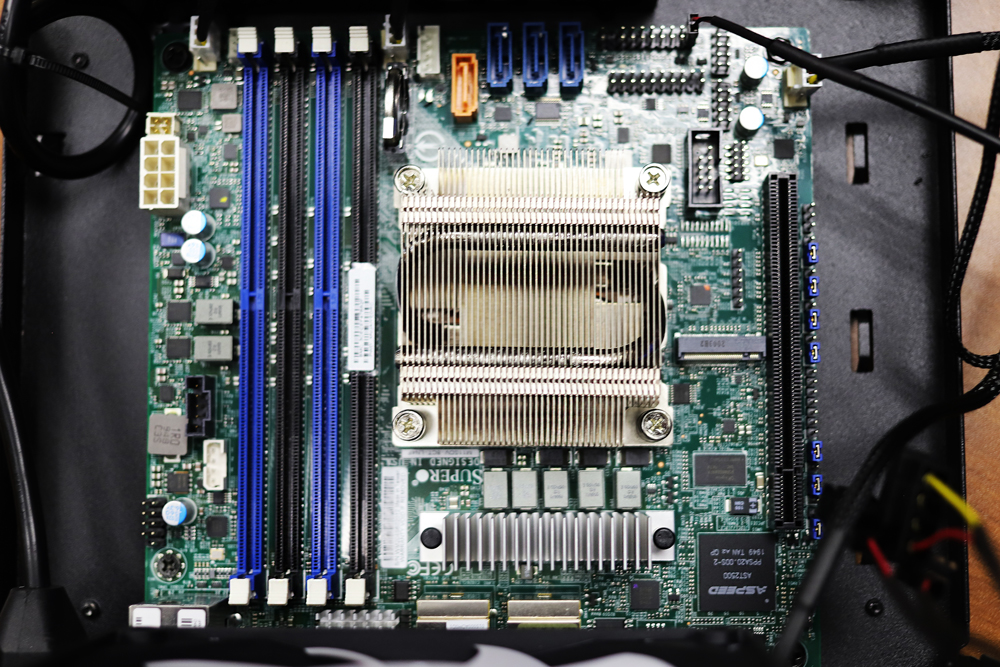 I went with the AMD EPYC 3201 SoC Processor which offers 8 cores and 8 threads. This board runs about $550 at NewEgg’s eBay shop,  Amazon has them too from time to time about the same price. This board was a big splurge given the $800 budget. Supermicro does offer two more boards in this family that have fewer cores and/or threads. If you’re not looking for as much performance, it would be easy to save over $100.

TrueNAS CORE AMD EPYC – The Rest of the Parts 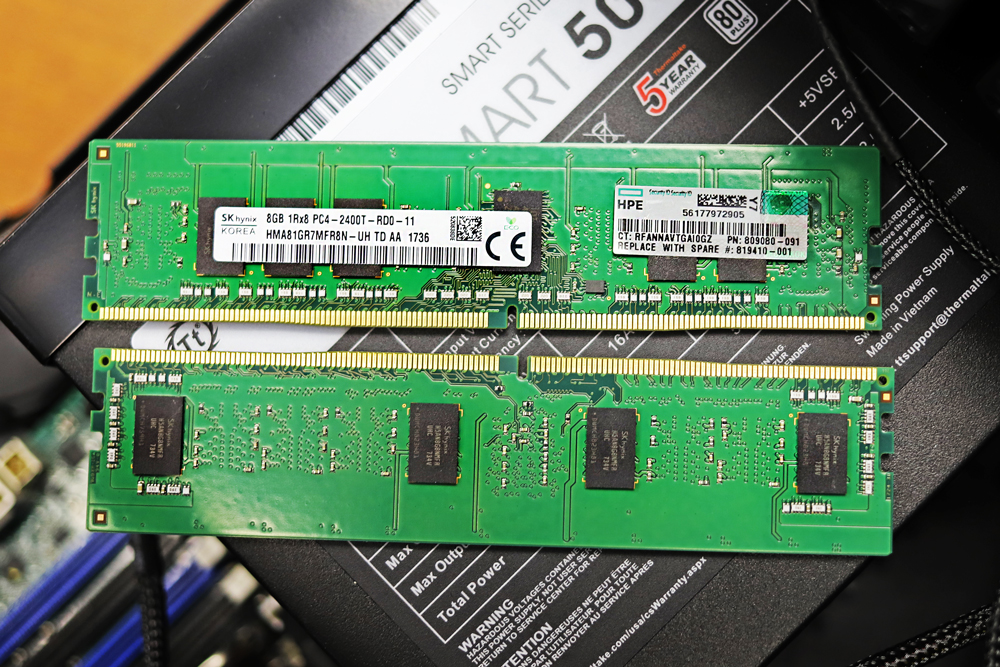 Because I spent so much on this board, I had to make compromises elsewhere. The first of these was DRAM. I was able to secure a set of SK hynix PC4-2400T-RD1-11 DDR4 ECC 8GB DRAM modules to get me to 16GB total. The good news is that eBay has a ton of DRAM and it’s pretty easy to make offers until you hit your price target. I was about $60 in on the RAM. 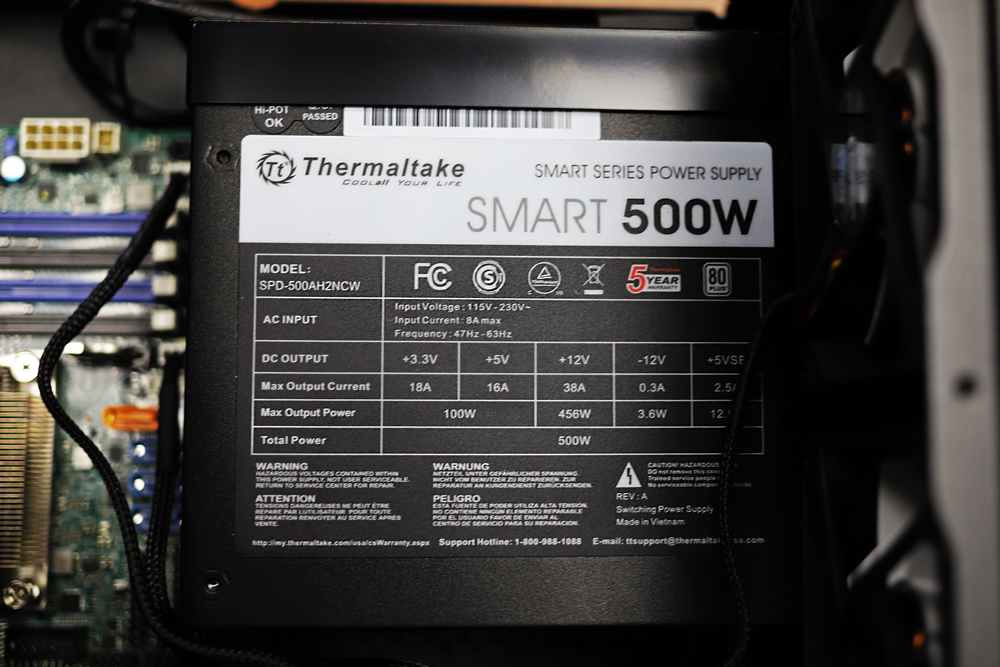 Another compromise I had to make was on the power supply. I did find a like-new Thermaltake 500W PSU on B&H. They had a nice selection of used PSUs that will save some coin, this one was about $40. Lastly on the compromise side of the house, I bought a used 10GbE card off eBay. There are plenty of options here. I ended up with an old HP card for about $20. The downside is that it came with many of the support pins broken. I solved the worst offender with a wire tie. Not exactly perfect, but the job got done. 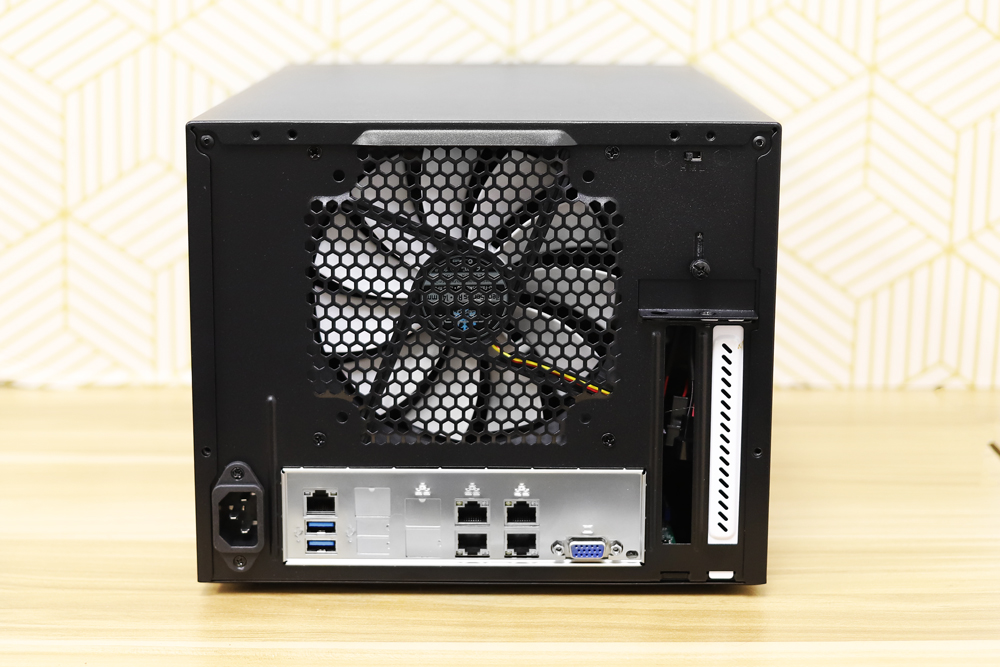 Lastly, I went with the Fractal Design Node 304 enclosure. I wanted to spend a little more here and get something with HDD hot-swap support, but at the end of the day the 304 won out for its size and at $80, its affordability. I’m hopeful the system works well enough that I don’t have to go into the enclosure very often for service, but that is a trade-off with this build. On the upside, my system looks pretty nice and there should be plenty of air movement with the installed fans that come with the case.

There’s a lot I like about this build. The small board with 8 threads and cores is great, I get ECC DRAM and out of band management. It’s a little limited with just 4 SATA ports, but I do get the NVMe SSD slot which puts me ahead of the other two builds potentially. This does mean I have to blow a SATA bay for the OS, or live on the edge and install via USB drive. You should be able to guess which way I’ll go. 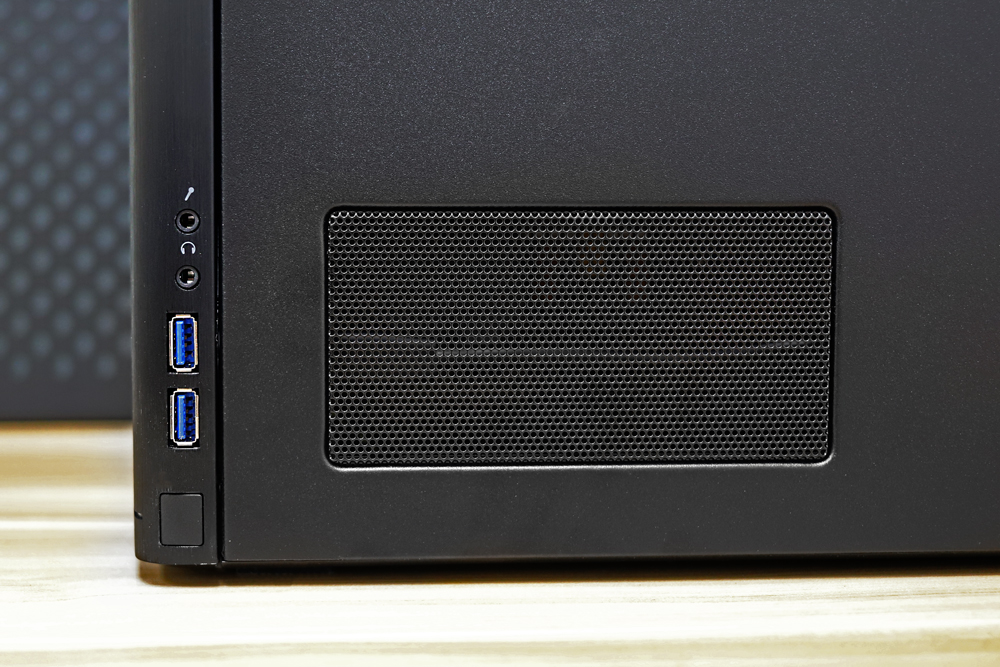 The biggest issue for me is that I rolled the dice on a shady NIC and some DRAM that’s seen better days. Oh, and I have to assemble the pieces. For many homelabbers, this is no big deal, but the last time I assembled a PC, Bill Clinton was our president. But now it’s on to performance testing to see how these systems turn up.