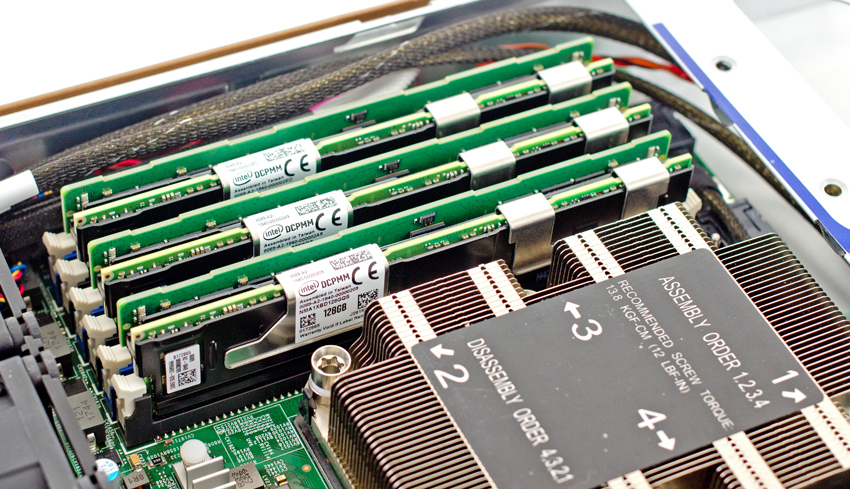 As noted, we ran the test in a variety of workload configurations as well as the location of the index and database. Additionally, we used two different sets of Second Generation Intel Xeon Scalable CPUs. We ran both the 8268's and the 8280's in the database server, the 8280 CPUs being the highest bin Intel CPU that supports Optane DC persistent memory. In raw clockspeed, the 8280's offer a 12Ghz bump over the 8268's, or 8.6% increase in performance. While not in the tables below, it should be noted that in terms of quality of service, all of the latency results for the tests were at or near 100% sub millisecond at the server.

While we know the 8280's offer an 8.6% improvement in raw clockspeed over the 8268's, seeing how that converts into application improvement is a core objective. With Aerospike, with the index sitting in memory and the data on NVMe SSDs, we saw the following line item changes. Mixed Read/Write 50/50 performance scaled up 9.4%, 100% read up 21.4% and in 100% write the performance bumped up 14.8%.

As we can see in this data, moving the indexes from DRAM to persistent memory had little impact on transactional performance. In production though, what this means is that because Aerospike can use persistent memory instead of DRAM for indexes, restoring after a database node reboot is much faster, as a large pool of DRAM doesn't need to go to SSDs to rebuild. There's also a cost savings in high density boxes, as the 128GB Optane DC persistent memory modules under test are considerable less expensive than 128GB DIMMS.

As noted, Aerospike has announced but has not yet provided general availability for the ability to run both the indexes and database on Intel Optane DC persistent memory. That said, we did demo the current code build that allows for it, which shows a boost of roughly 33% or 600,000 operations per second in the mixed workload.