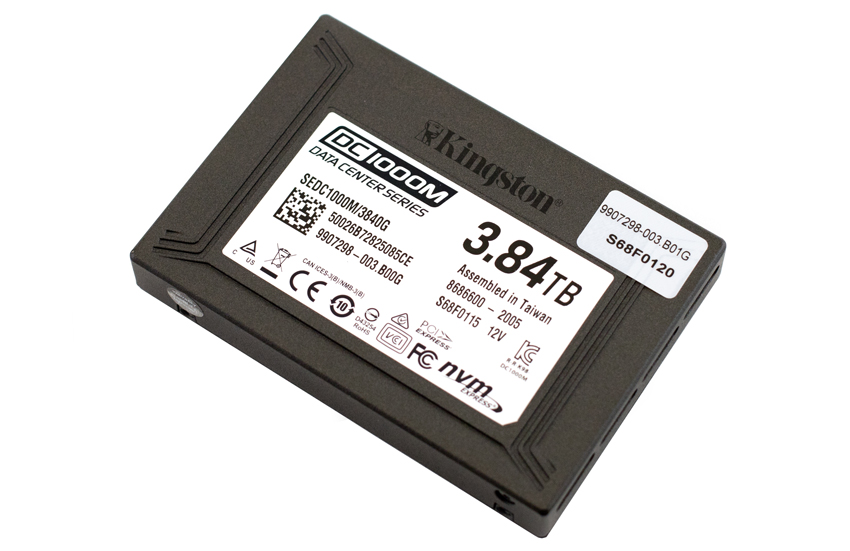 The DC1000M works well in any server or arrays that utilizes NVMe and U.2 backplanes. Designed for mixed use case workloads, the new drive is stated to be able to hit 3GB/s and up to 540K IOPS with very low latency. This is ideal for the drives applications that include virtualization, HPC, web hosting caching, high-resolution media capture and transport, along with ERP, CRM, GL, OLAP, OLTP, ERM, BI, and EDW workloads. The DC1000M comes with power loss protection and telemetry monitoring for better data protection and reliability. 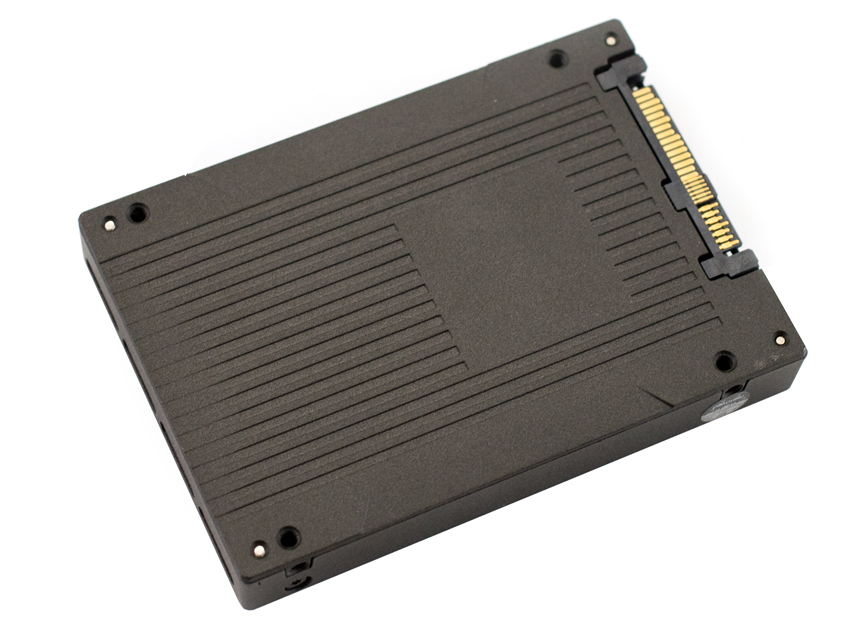 Our Enterprise SSD reviews leverage a Lenovo ThinkSystem SR850 for application tests (Note: we had to use an adapter card instead of a front bay slot due to a compatibility issue) and a Dell PowerEdge R740xd for synthetic benchmarks. The ThinkSystem SR850 is a well-equipped quad-CPU platform, offering CPU power well in excess of what’s needed to stress high-performance local storage. Synthetic tests that don’t require a lot of CPU resources use the more traditional dual-processor server. In both cases, the intent is to showcase local storage in the best light possible that aligns with storage vendor maximum drive specs.

In order to understand the performance characteristics of enterprise storage devices, it is essential to model the infrastructure and the application workloads found in live-production environments. Our benchmarks for the Kingston DC 1000M are therefore the MySQL OLTP performance via SysBench and Microsoft SQL Server OLTP performance with a simulated TCP-C workload. For our application workloads, each drive will be running 2-4 identically configured VMs. 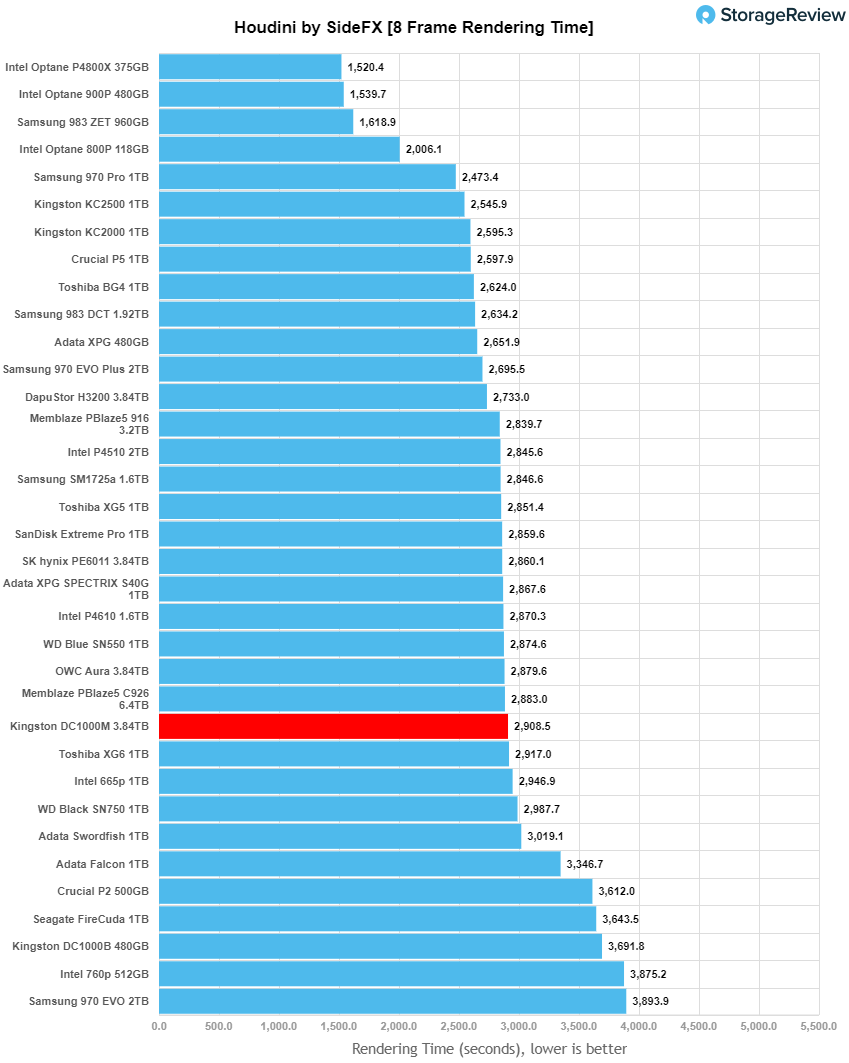 For our SQL Server transactional benchmark, the Kingston DC1000M was able to hit 12,579.7 TPS placing it in the middle of the pack.

For SQL Server average latency the DC1000M had an aggregate of 26ms placing it second.

Looking at our Sysbench transactional benchmark, the Kingston DC1000M hit 5,485 TPS coming in the back of the pack tested against it. 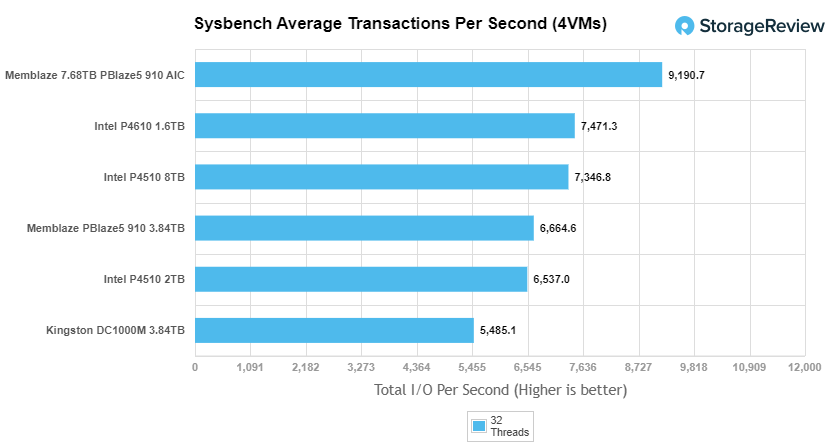 For Sysbench average latency the DC1000M came in last again with 23.3ms. 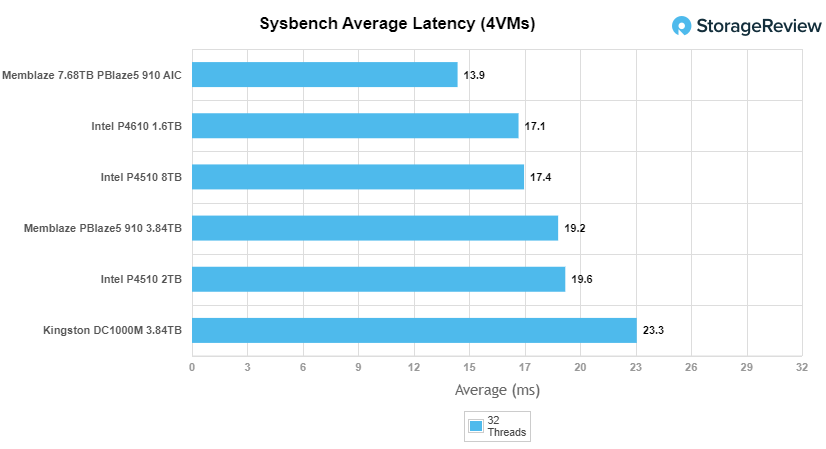 For our worst-case scenario latency (99th percentile) the DC1000M was last with 51.8ms. 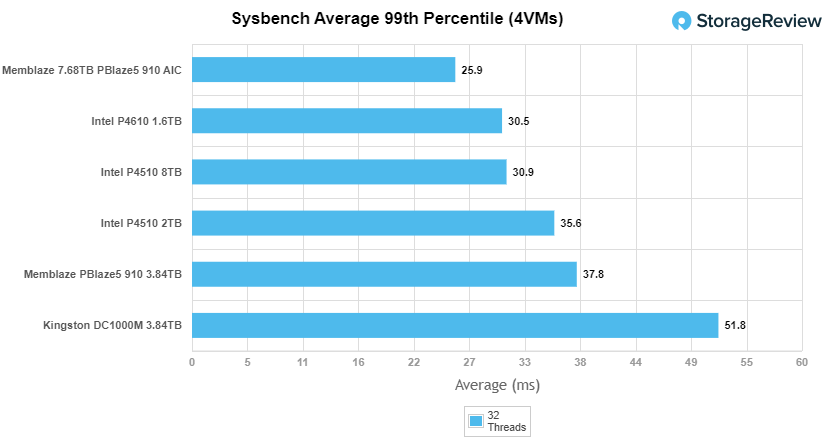 In our first VDBench Workload Analysis, Random 4K Read, the Kingston DC1000M trailed the rest of the pack with a peak performance of 580,077 IOPS at a latency of 219.3µs.

64K write saw another strong performance with the Kingston taking the top spot with 31,600 IOPS or about 2GB/s at a latency of 190µs before dropping off some.

Finally with VDI LC Monday Login the DC1000M once more found itself in third with a peak performance of 34,384 IOPS at a latency of 462.8µs.

The Kingston DC1000M is an expansion of the company’s affordable NVMe SSDs for data centers. The drive is for mixed workload use cases and act as a replacement for SATA and SAS drives as customers move forward. The drive comes in a U.2 form factor and capacities as high as 7.68TB. The DC1000M has quoted speeds of up to 3GB/s and up to 540K IOPS and is ideal for virtualization, HPC, web hosting caching, and high-resolution media capture use cases amongst others.

For performance we looked at both our Application Workload Analysis and VDBench tests and compared the Kingston DC1000M to other drives with a similar focus. In our Applications Workload Analysis benchmarks the DC1000M did ok with SQL Server performance of 12,579 TPS and an average latency of 26ms. For Sysbench the drive placed last with 5,485 TPS, and average latency of 23.3ms, and a worst-case scenario of 51.8ms. For Houdini we saw 2,908.5 seconds placing the drive in the bottom quarter of those tested.

The Kingston DC1000M offers good performance and capacity for many different use cases. This drive would have a great replacement for SATA or SAS drives where organizations are looking for a performance boost at an affordable price.