The Kingston XS2000 is a portable solid-state drive that connects via USB Type-C. Small enough to fit in your pocket, this drive demonstrated excellent performance in our testing, nearing Kingston’s 2,000MB/s read and write claims. It even carries a mild IP55 rating for water and dust protection and includes a rubberized sleeve.

The Kingston XS2000 is a portable solid-state drive that connects via USB Type-C. Small enough to fit in your pocket, this drive demonstrated excellent performance in our testing, nearing Kingston’s 2,000MB/s read and write claims. It even carries a mild IP55 rating for water and dust protection and includes a rubberized sleeve.

A lack of encryption and other security features are its biggest downsides. Provided that you don’t need those, the XS2000 makes an excellent high-performance portable drive, especially for the price. 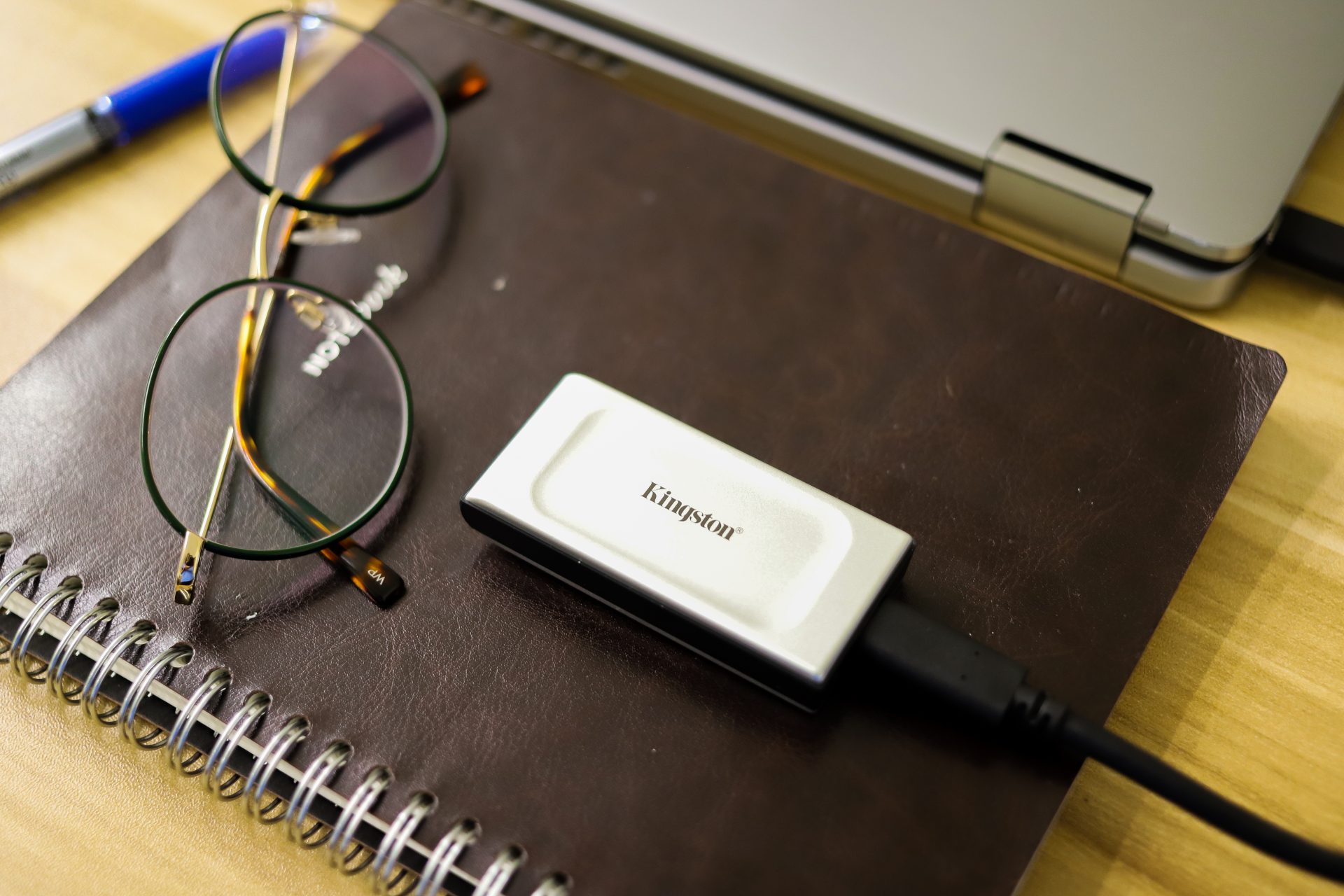 The XS2000 relies on 3D TLC NAND flash memory and uses an SMI 2320 controller. Kingston’s claimed 2,000MB/s read and write numbers are impressive indeed and near the limit of what its USB 3.2 Gen 2×2 interface can handle (20Gbps). Thus, to get maximum performance from this drive, your computer must have that port. (A Thunderbolt 3 or 4 port will also do.) Using a regular USB 3.2 Gen 1 (5Gbps) or Gen 2 port (10Gbps) will drastically limit the drive’s capabilities.

The XS2000 has no special features apart from its ruggedization. Unlike the mentioned SanDisk drive, it lacks encryption and security features and does not come with any drive-management software. Thus, it’s strictly a storage drive.

Before we move on, here are the drive’s full specifications. The standard five-year warranty is notable.

The XS2000 is compact for a portable SSD at just 0.53 by 1.28 by 2.74 inches. It’s wider and thicker than a large USB flash drive, such as Kingston’s own DataTraveler Max, if not quite as long. It’s also smaller than the SanDisk Extreme Pro Portable SSD V2, though it lacks a stylus loop. 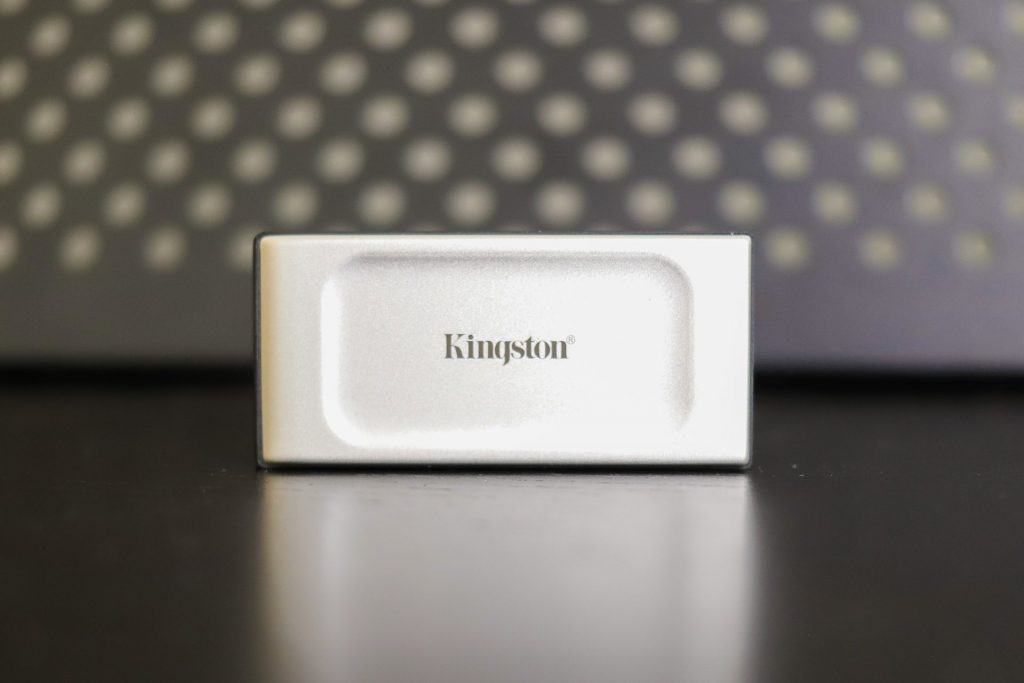 The metal and plastic outsides are rigid and flex-free. The drive carries an IP55 rating, meaning it’s protected from dust and spraying water but not immersion in water. Conveniently, Kingston includes a rubber sleeve for protection against bumps and drops. 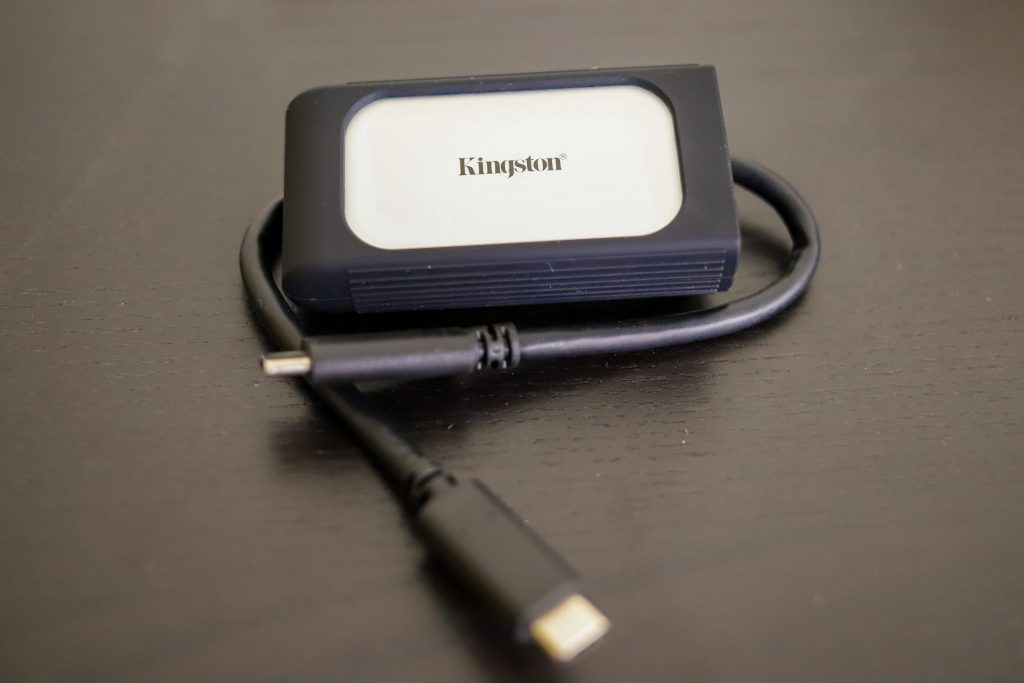 The included 12-inch USB Type-C cable is appreciably long and connects at one end. There’s a status light next to the connector. 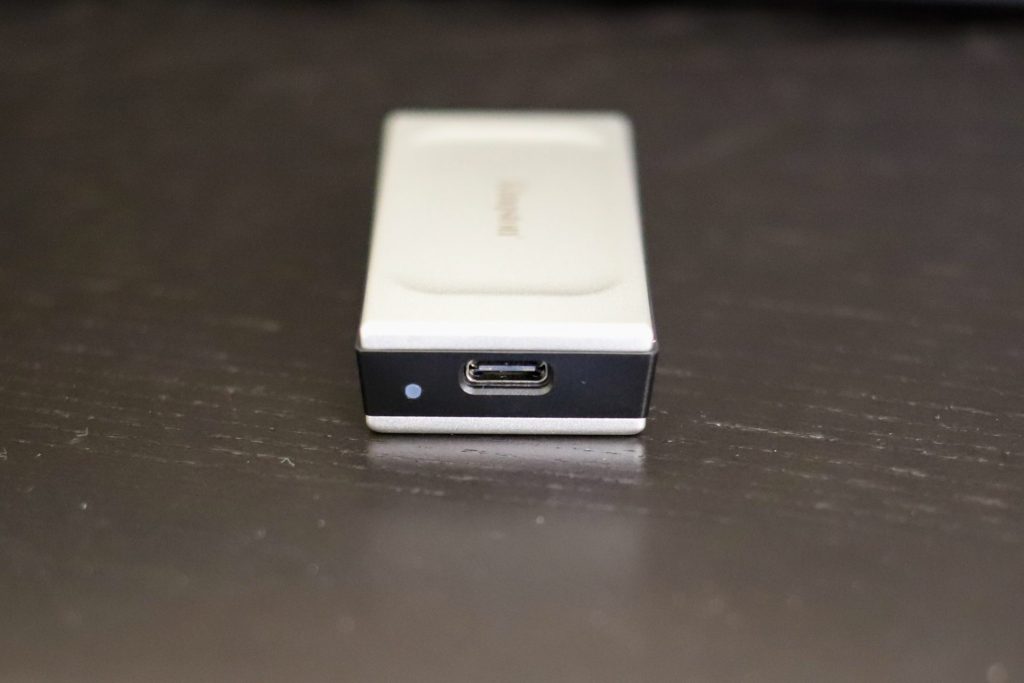 The drive’s capacity is listed on the bottom sticker. 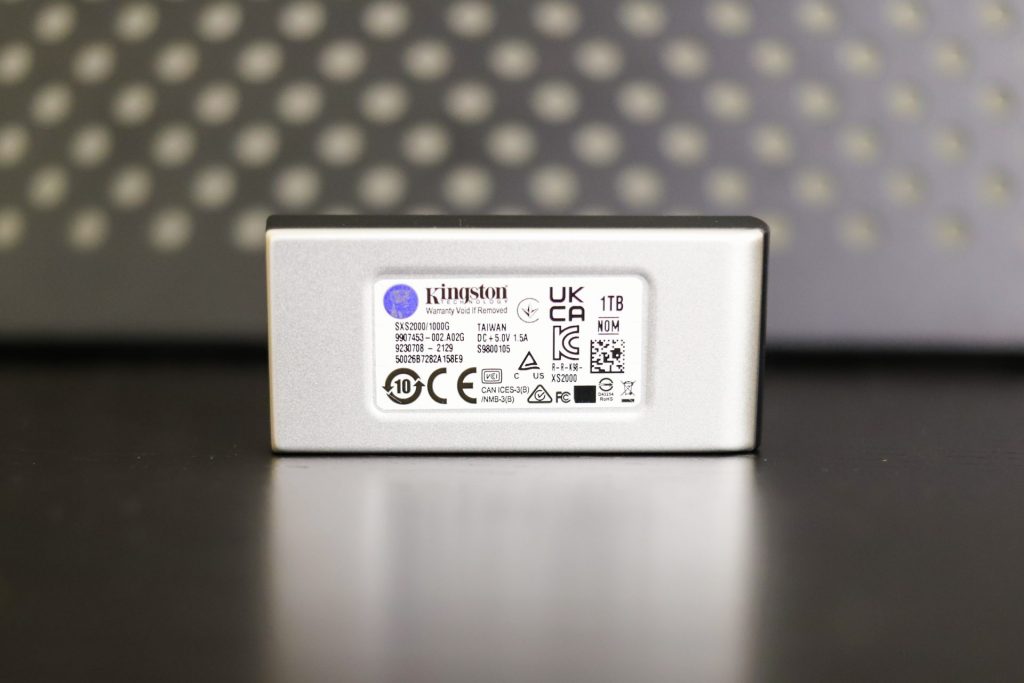 The XS2000’s simple design doesn’t warranty much more description. I suppose that Kingston could spruce things up by offering it in different colors, but that’s hardly a complaint. Let’s move to testing. 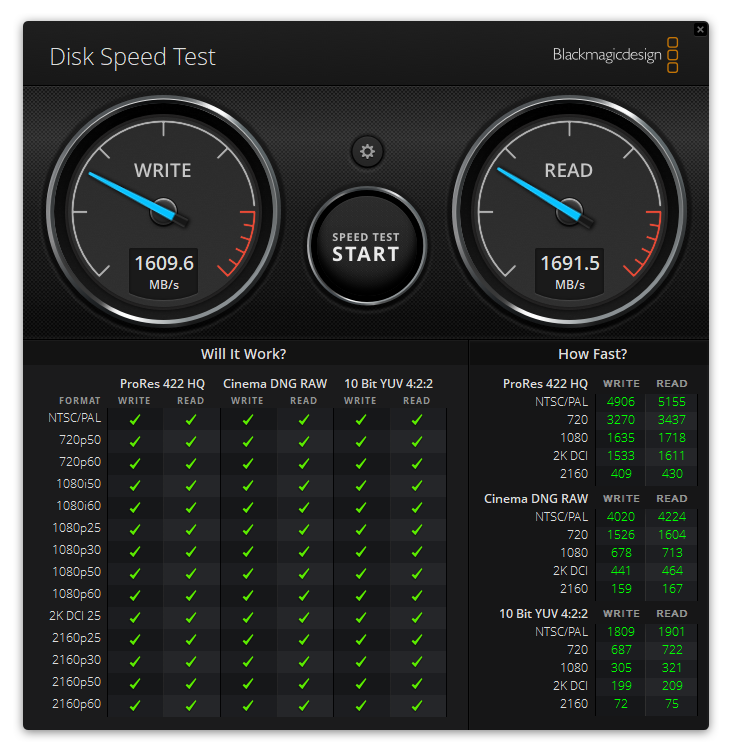 Our next and final test is IOMeter. The XS2000 achieved closest to its rated numbers in the more demanding four-threaded 2MB sequential scenario, posting 1,987MB/s read and 1,792MB/s write. These numbers are slightly lower than the 1,990MB/s read and 1,980MB/s write that we saw from Extreme Portable Pro SSD V2, though there would be little practical difference in real-world applications. On the contrary, it vastly outperformed the My Passport NVMe SSD, which came in at 992MB/s read and 940MB/s write.

Kingston’s XS2000 shows it is possible to achieve excellent performance without spending extra for a Thunderbolt NVMe drive. It makes the most of a highly compatible USB 3.2 Gen 2×2 Type-C interface, achieving reasonably close to Kingston’s rated maximums of 2,000MB/s read and write in our testing.

Its performance is slightly behind that of the SanDisk Extreme Pro Portable SSD V2, but ahead of other drives like the WD My Passport NVMe SSD. We also like this drive’s rugged design and included rubber sleeve. Beyond that, the XS2000 is purely a storage drive, lacking any kind of encryption or security features. But its price reflects that; at just $160 for the 1TB drive we tested, it’s an admirable value for someone looking for a high-performance drive in a compact package.

Hands On with StarWind NVMe-oF Initiator for Windows