Seagate has expanded its external storage for gaming with the Seagate Xbox Game Drive CyberPunk 2077 Special Edition. External drives for Xbox (formatted and ready to work out of the box with Xbox game consoles) from Seagate aren’t exactly new, we first covered the announcement in 2015. However, the company has been able to bump the capacity up to 5TB (125-ish games). And this particular drive comes with a nifty skin and design.

Seagate has expanded its external storage for gaming with the Seagate Xbox Game Drive CyberPunk 2077 Special Edition. External drives for Xbox (formatted and ready to work out of the box with Xbox game consoles) from Seagate aren’t exactly new, we first covered the announcement in 2015. However, the company has been able to bump the capacity up to 5TB (125-ish games). And this particular drive comes with a nifty skin and design. 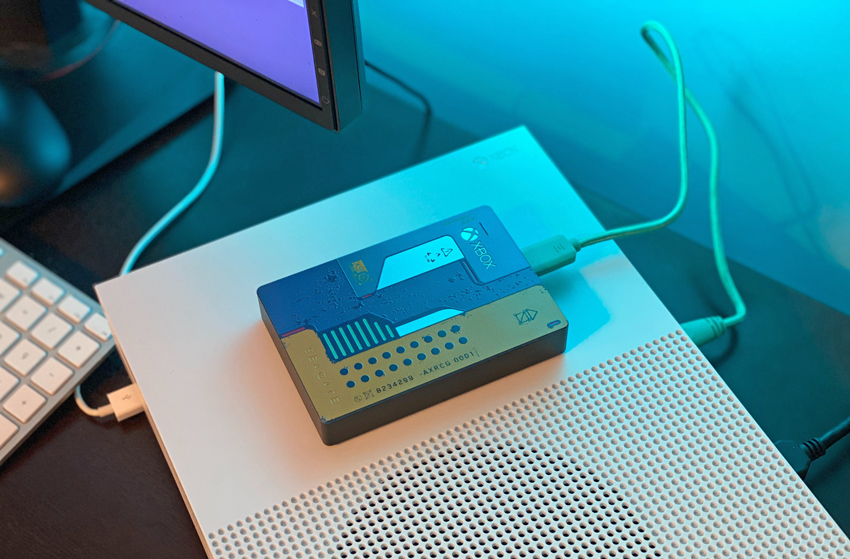 Let’s talk a bit about the game the skin is based on. CyberPunk 2077 is the second video game based off of the popular tabletop role-playing game created by Mike Pondsmith. The game is an alternative history, dystopia with Cyberpunk elements taking influences from novels such as Walter Jon Williams’ Hardwired and the 1982 film, Blade Runner. The games has been well-received with four editions, two collectable card games, a 2D platformer video game in 2007, and the upcoming CyberPunk 2077.

CyberPunk 2077 is a first-person, role-playing, open world game and is one of the most anticipated games of 2020. The game is being developed by the studio behind The Witcher 3: Wild Hunt and they are working with our friends at NVIDIA. The trailer is stunning and putting Keanu Reeves in the game at the resurgence of his popularity doesn’t hurt anything either. The playable character, V, is highly customizable (think the newer Fallout games) and as a perk tree for abilities (think the newer Deus Ex games). There are oodles of other things about the game include no loading while you explore the world and multiple-player that will be launched later. If you pre-order the game for Xbox One, it will also be available on the Xbox X series, if it ever comes out.

So why is Seagate releasing the drive before the game? The game is slated for November 19, 2020 now and the next gen consoles are pushed back more. The game was slated for an April 14, 2020 release and then the Covid-19 Pandemic hit. While the game was mostly finished it needed a polish and its team was scattered. That being the case, there is no reason not to get the new external drive and load one’s games to it. You can even pre-order Cyberpunk 2077 and download it now, have it ready to play when it releases (I know there will be an update and we’ll all end up waiting anyway, but it is a nice thought).

The 5TB version, of which we are reviewing, can be picked up for $150.

The drive is still the same size and overall design as the Xbox external drive the company has had for the last five years. Specific to this particular model is the futuristic style of Cyberpunk 2077’s universe. 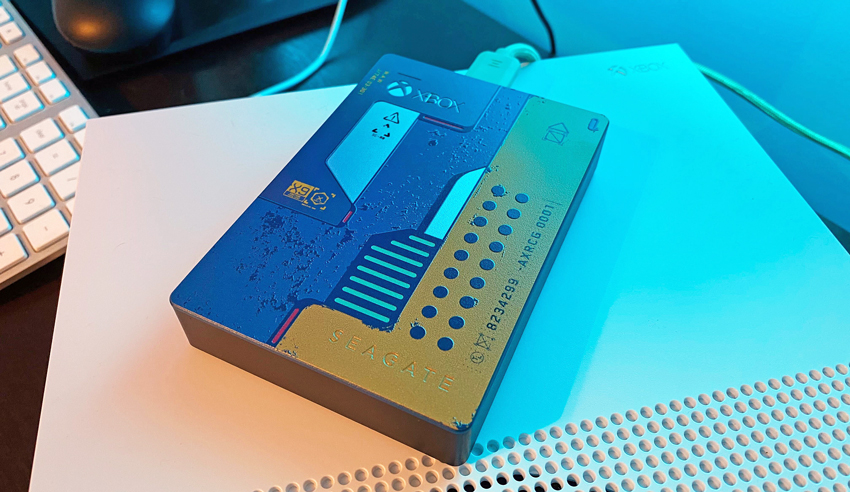 The bottom of the drive has more nifty designs as well as the relevant storage info. 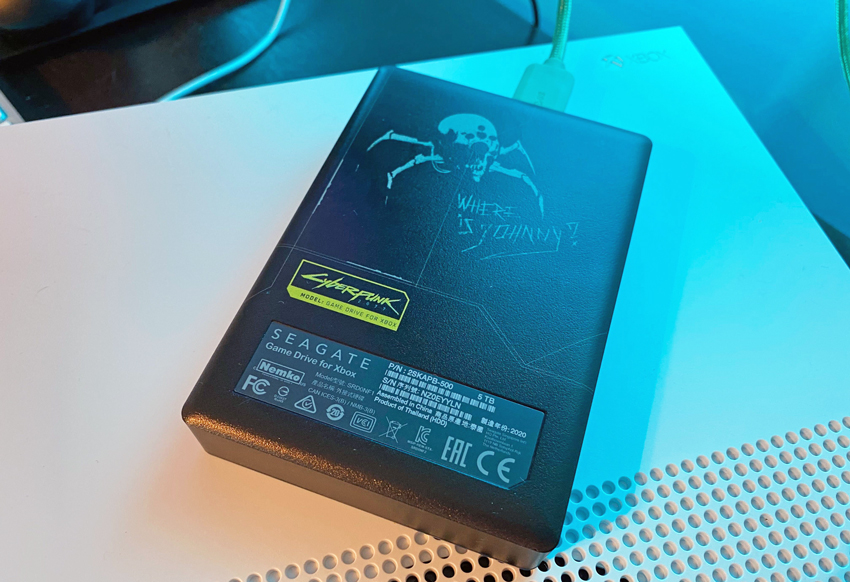 In order to test the performance of the Seagate Game Drive for Xbox, we leveraged a Lenovo M90n Nano and ran IOMeter on it. For comparison, we compared it to another 5TB portable HDD with the WD My Passport (2019).

The Seagate Game Drive for Xbox, and this particular CyberPunk 2077 edition, is a good product. The original one we reviewed in 2015 is hooked up to my Xbox One and I use it every time I game. 5 years later it is still going strong and lets me take advantage of the Game Pass and all the free games offered through games with gold every month. I would bet users can expect the same out of this new drive and it comes with a better skin to boot, versus the bright green one next to my console. The drive works when plugged into an Xbox, though there may be a bit of formatting in some cases.

For performance the drive put up some good numbers. For 2MB sequential we saw 144MB/s read and write. 2MB random was a bit slower with 30MB/s read and 74.7MB/s write. 4K had 94 IOPS read and 1,049 IOPS write. This numbers aren’t earth shattering, but they are more than suitable for most gaming needs, with the pro tip of preorder and let games download while playing something else.

Overall, this is a nice-looking drive and performs well for what it is made for. CyberPunk fans can enjoy it now and when the game launches, fans can rediscover this drive.