The NVMe interface, specifically PCIe 3.0 NVMe 1.3, has been the preferable SSD interface for virtually any use case for a while now. This interface has been used time and again as vendors continue to improve in performance with each new generation. PCIe has now entered into 4.0, bringing with it a massive gains in sequential and random performance. The KIOXIA CD6 is the latest SSD to hit the market (and one of the first PCIe 4.0 for enterprise), focusing on consistent performance in demanding 24×7 environments. This makes it ideal for data-centers with mixed-use and read intensive endurance needs. The KIOXIA CD6 SSDs are also SFF-TA-1001 conformant, which allow for connectivity with SAS, SATA and NVMe drives on the same backplane (as well as Tri-mode controllers). The KIOXIA line features capacities ranging from 800GB to 15.36TB and are available in several different security and endurance options.

The NVMe interface, specifically PCIe 3.0 NVMe 1.3, has been the preferable SSD interface for virtually any use case for a while now. This interface has been used time and again as vendors continue to improve in performance with each new generation. PCIe has now entered into 4.0, bringing with it a massive gains in sequential and random performance. The KIOXIA CD6 is the latest SSD to hit the market (and one of the first PCIe 4.0 for enterprise), focusing on consistent performance in demanding 24×7 environments. This makes it ideal for data-centers with mixed-use and read intensive endurance needs. The KIOXIA CD6 SSDs are also SFF-TA-1001 conformant, which allow for connectivity with SAS, SATA and NVMe drives on the same backplane (as well as Tri-mode controllers). The KIOXIA line features capacities ranging from 800GB to 15.36TB and are available in several different security and endurance options. The CD6 also comes in 2.5-inch, 15mm Z-height form factors and is powered by KIOXIA’s proprietary controller, firmware and BiCS FLASH 96-layer 3D TLC memory. It uses a single-port design (i.e., there is one data path from the host to the SSD). 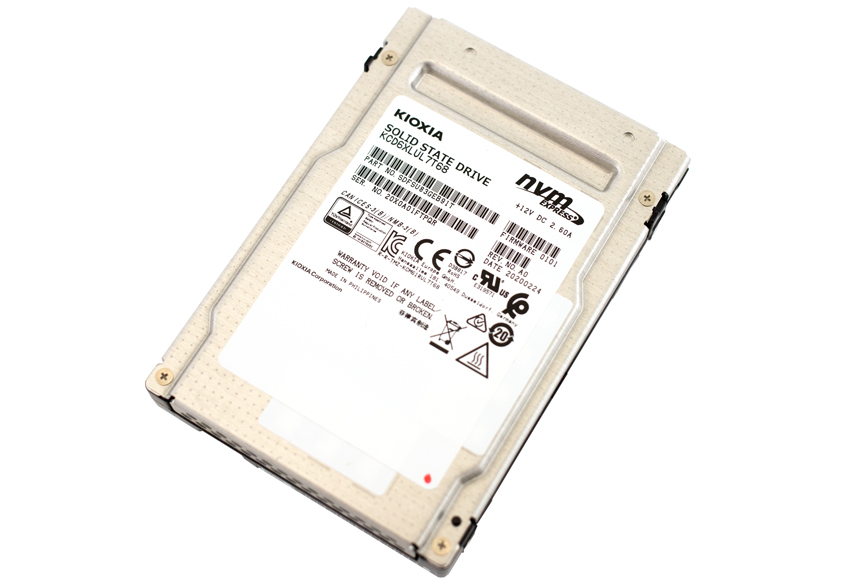 Performance of PCIe 4.0 has potential to reach some pretty incredible numbers, and the KIOXIA CD6 certainly is no exception. KIOXIA quotes their new drive line to deliver sequential performance up to 6.2GB/s and 4.0GB/s in reads and writes, respectively, while random performance has the potential to hit up to a million IOPS in reads and 250,000 IOPS in writes. These are impressive numbers to say the least. 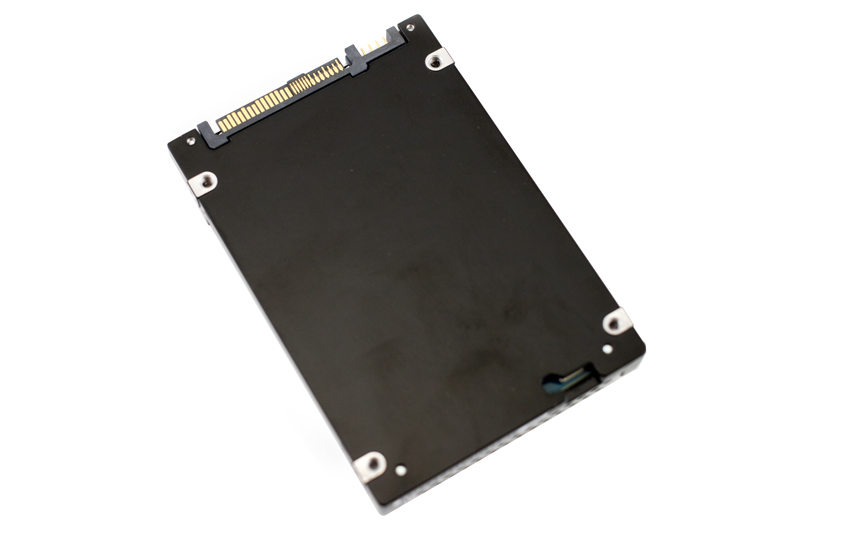 Being the first set of reviews on a new platform, we’ve included past drive results, which are close but not 100% apples to apples comparisons since they were testing on an older platform. Our synthetic test differences won’t have much skew in results, but the application workloads working on the single CPU AMD platform vs Quad CPU Intel platform may to some degree. In our MySQL tests one of the new Gen4 KIOXIA products did take the lead, but in SQL server latency was average. With only two Gen4 drives we’ve been able to publish around we don’t have a significant amount of comparable data, but it is something to take note of viewing these results. We’ve also ramped up our synthetic tests to take advantage of the faster SSDs, now showing test results with higher peak thread counts.

In order to understand the performance characteristics of enterprise storage devices, it is essential to model the infrastructure and the application workloads found in live-production environments. Our benchmarks for the Kioxia CD6 are therefore the MySQL OLTP performance via SysBench and Microsoft SQL Server OLTP performance with a simulated TCP-C workload. For our application workloads, each drive will be running 4 identically configured VMs.

For our SQL Server transactional benchmark, the KIOXIA CD6 had a score of 12,633.7 TPS at 4VMs.

Average latency saw the KIOXIA CD6 have 5.5ms at 4VMs (the same as the CD6), putting it slightly behind the Huawei and Memblaze drives.

Moving on to the Sysbench transactional benchmark, the KIOXIA posted a leading score of 9,333 TPS at 4VMs.

In Sysbench average latency, we saw the CD6 with a latency of just 13.71ms at 4VMs, again leading the pack.

Switching over to sequential workloads, the CD6 showed solid results with a peak of 68,413 IOPS (or 4.28GB/s) at 465.6 µs (the other KIOXIA was expectedly the best drive in reads).

VDI LC Initial Login showed uneven numbers during the initial login profile, peaking at 25,235 IOPS and 313.8ms in latency before taking a big dip in performance.

Lastly, with VDI LC Monday Login, the KIOXIA CD6 ended our tests with another good performance, boasting 84,903 IOPS at 184.3ms.

The KIOXIA CD6 is the newest high-performing data-center SSD to hit the market, leveraging the new PCIe 4.0 interface. It is purpose-built for demanding 24×7 environments, specifically those with mixed-use and read intensive endurance needs. The new KIOXIA drive is available in the 2.5-inch 15mm Z-height form factor, features KIOXIA BiCS FLASH 96-layer 3D TLC and is available in a wide range of capacities from 960GB to 15.36TB. It also comes with a range of security options.

For performance, we compared the CD6 to other similarly-classed SSDs, including the KIOXIA CM6. For Application Workload Analysis, we saw the CD6 hit 12,633.7 TPS with an average latency of 5.5ms in SQL Server, placing it just below the Memblaze and Huawei drives. For Sysbench the drive hit 9,333 TPS, 13.71ms average latency, and 27.48m worst-case scenario latency.

The focus of this review is on the performance of the CD6, which puts together an impressive score card. Perhaps the larger story though is the future of PCIe Gen4. Lenovo is first out of the gate with a server that supports PCIe Gen4 from front to back. Most other servers are only supporting Gen4 in the back, which is a fundamental design decision. It was easier and faster to skip the front bays. Lenovo took the more comprehensive path, and developed their Rome servers to be able to take advantage of everything AMD had to offer. The net result is that Lenovo can take advantage of new tech, like the CD6 form KIOXIA, where most others cannot. This puts KIOXIA in a chicken/egg scenario, at least until Intel gets their next gen server CPUs out. It could be said that being ahead of the IT curve in this case is okay though, the CD6 will work fine with legacy platforms, ready to give more when PCIe Gen4 systems are available. For now, expect to see benchmarks galore touting the benefits of AMD servers, especially as the Lenovo dual-CPU systems get into the market.

The Impact of Storage and GPU on AI Workloads