NVMe SSDs have taken over as the top performers across the board. They started off by making huge leaps and bounds over SAS and SATA drives, but in recent years have slowly been eking out a little more performance with each iteration. There is an upper limit with PCIe 3.0 and the current drives are hitting them. But now with the second-generation AMD EPYC 7002 CPUs, PCIe 4.0 is here, and KIOXIA is leveraging it with the CM6 SSDs.

NVMe SSDs have taken over as the top performers across the board. They started off by making huge leaps and bounds over SAS and SATA drives, but in recent years have slowly been eking out a little more performance with each iteration. There is an upper limit with PCIe 3.0 and the current drives are hitting them. But now with the second-generation AMD EPYC 7002 CPUs, PCIe 4.0 is here, and KIOXIA is leveraging it with the CM6 SSDs. 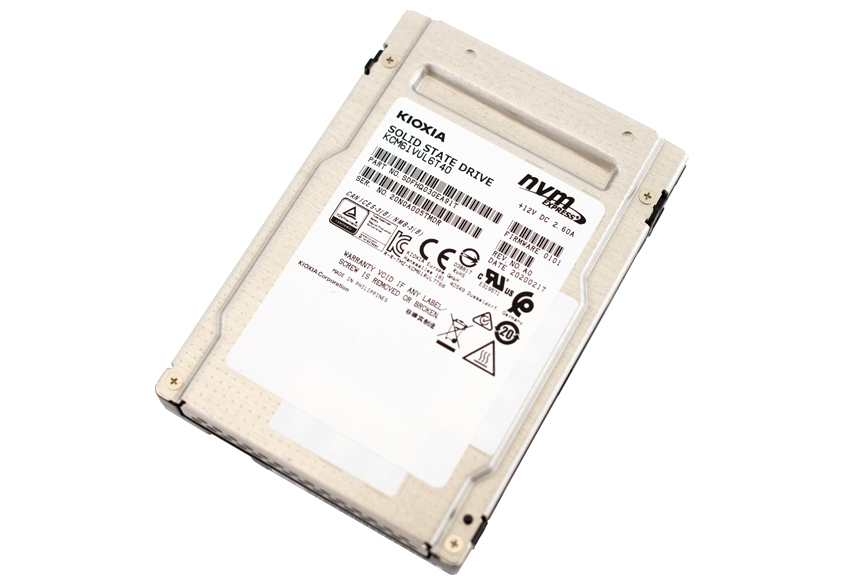 KIOXIA announced the new PCIe 4.0 drives, CM6 and CD6, as a demo back at the last Flash Memory Summit, back in the long-forgotten times of physical events. At the time, they were the first PCIe 4.0 SSDs and as of this writing, the CM6 SSD series may still be one of the few if only PCIe 4.0 SSDs for enterprise. The big deal with the new drives is going to be higher performance: quoted as hitting up to 6.9GB/s and 1.4 million IOPS read. Those are some impressive theoretical numbers. The drives also come with in-band NVMe- MI, persistent event log and namespace granularity. 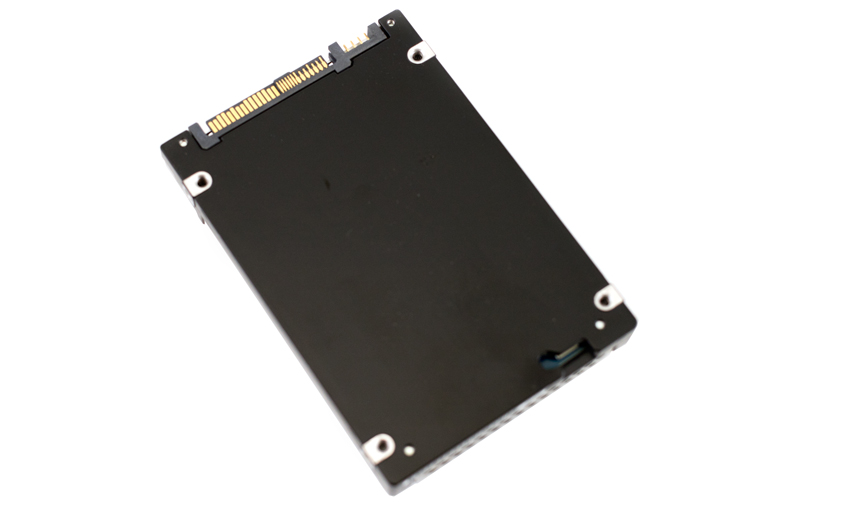 The KIOXIA CM6 is a U.3 form factor, SFF-TA-1001 conformant allowing them to be used in tri-mode enabled backplanes. The CM6 comes in a wide range of capacities ranging from 800GB all the way to 30.72TB. The drives come in a read-intensive (CM6-R) and mixed use (CM6-V) flavor depending on users’ needs. On top of use cases specific models, there are a variety of secure version including a Sanitize Instat Erase (SIE), a Self-Encrypting Drive (SED), and a FIPS 140-2 (Level 2) model. The drive is dual ported to provide high availability as well.

For this review we are looking at a KIOXIA CM6-V at 6.4TB of capacity.

Being the first set of reviews on a new platform, we’ve included past drive results, which are close but not 100% apples to apples comparisons since they were testing on an older platform. Our synthetic test differences won’t have much skew in results, but the application workloads working on the single CPU AMD platform vs Quad CPU Intel platform may to some degree. In our MySQL tests one of the new Gen4 KIOXIA products did take the lead, but in SQL server latency was average. With only two Gen4 drives we’ve been able to publish around we don’t have a significant amount of comparable data, but it is something to take note of viewing these results. We’ve also ramped up our synthetic tests to take advantage of the faster SSDs, now showing test results with higher peak thread counts.

In order to understand the performance characteristics of enterprise storage devices, it is essential to model the infrastructure and the application workloads found in live-production environments. Our benchmarks for the KIOXIA CM6 are therefore the MySQL OLTP performance via SysBench and Microsoft SQL Server OLTP performance with a simulated TCP-C workload. For our application workloads, each drive will be running 4 identically configured VMs.

For our SQL Server transactional benchmark, the KIOXIA CM6 placed fourth overall with 12,633.6 TPS, though it was only 10.6 TPS under the top performer.

Looking at our Sysbench transactional benchmark, the KIOXIA CM6 had 8,632 TPS again taking fourth in our comparable pack.

With Sysbench average latency the CM6 took fourth once again at 14.82ms.

For our worst-case scenario latency (99th percentile) the CM6 stayed where it is comfortable, in fourth place, with 29.86ms.

In our first VDBench Workload Analysis, Random 4K Read, the KIOXIA CM6 turned around with an impressive performance peaking at 846,288 IOPS at a latency of 150µs. This puts the drive in the top spot.

The new PCIe 4.0 drives can withstand a higher load and we would be remiss if we didn’t push them a bit harder to see what they can do. So with a Random 4K Read high load the CM6 was able to peak at 1,507,564 IOPS at a latency of 337.9µs. Much better than its CD6 counterpart.

Switching over to sequential workloads the CM6 had a chance to shine once more taking the top spot in 64K read at a peak score of 97,779 IOPS or 6.11GB/s at a latency of only 325µs.

64K write showed the CM6 with a strong peak score though performance fell off after peak, coming in at third. Peak performance was about 49K IOPS or 3.1GB/s at a latency of about 50µs.

High Load 64K sequential write saw the CM6 have a higher peak but drop in performance afterward. The CM6 peaked at about 49K IOPs or 3.1GB/s at a latency so low we can barely see it before dropping off.

For VDI FC Initial Login the CM6 slipped to third with a peak performance of 154,836 IOPS at a latency of 189µs.

VDI LC Initial Login is a bit hard to read in the chart but the CM6 landed in the middle of the pack with a peak of 38,848 IOPS at a latency of 202.4µs before dropping off some.

The KIOXIA CM6 was one of, if not the, first PCIe 4.0 SSD for the enterprise. The new drives come with the promise of higher performance, in this case up to 6.9GB/s and up to 1.4 million IOPS. The CM6 is dual ported, adding a level of high availability to the drive. The drive comes in a wide range of capacity from 800GB up to a whopping 30.72TB with 9 capacity options in between. The CM6 has both a read-intensive and mixed-use model with 1 and 3 DWPD respectively. And the SSD comes with a variety of secure model options.

For performance we ran our usual barrage of Application Workload Analysis and VDBench with a few exceptions. We had to skip the Houdini test as the test platform is Intel and the KIOXIA drives would be handicapped by the Gen3 ports. On VDBench we added in a higher load test to stress the new drives a bit more since they are designed to handle it.

In our Application Workload Analysis, we ran SQL Server and Sysbench. With SQL Server the CM6 took fourth in both TPS and average latency with 12,633.6 TPS and 5.5ms, still very good score. With Sysbench the drive again hung out in fourth place across the board with 8,632 TPS, 14.82ms average latency, and 29.86ms in our worst-case scenario latency.

This review and that of the CD6 takes a specific look at PCIe 4.0 and the future of storage devices as more enter the market. There aren’t many server vendors producing front to back support for PCIe 4.0, with Lenovo being the only one in our lab as of this writing. Lenovo was quick to seize on all of the advantages the 2nd generation AMD EPYC 7002 processors offers, anticipating storage products like the KIOXIA CM6. But for KIOXIA it puts them in the interesting spot of being ahead of others but the full potential of their drive only being met with newer, AMD based servers (until Intel decides to jump in the game as well). For now, the CM6 will still work in legacy gear and will be ready to unleash more performance as companies upgrade.