The KIOXIA CD6 is the company’s flagship drive designed to bring consistent performance in demanding 24×7 environments, including hyperscale, IoT and big data analytics, virtualization, media streaming and content delivery networks. The CD6 is available in a range of capacities (960GB to 15.36TB) and in several different security and endurance options.

The KIOXIA CD6 is the company’s flagship drive designed to bring consistent performance in demanding 24×7 environments, including hyperscale, IoT and big data analytics, virtualization, media streaming and content delivery networks. The CD6 is available in a range of capacities (960GB to 15.36TB) and in several different security and endurance options. 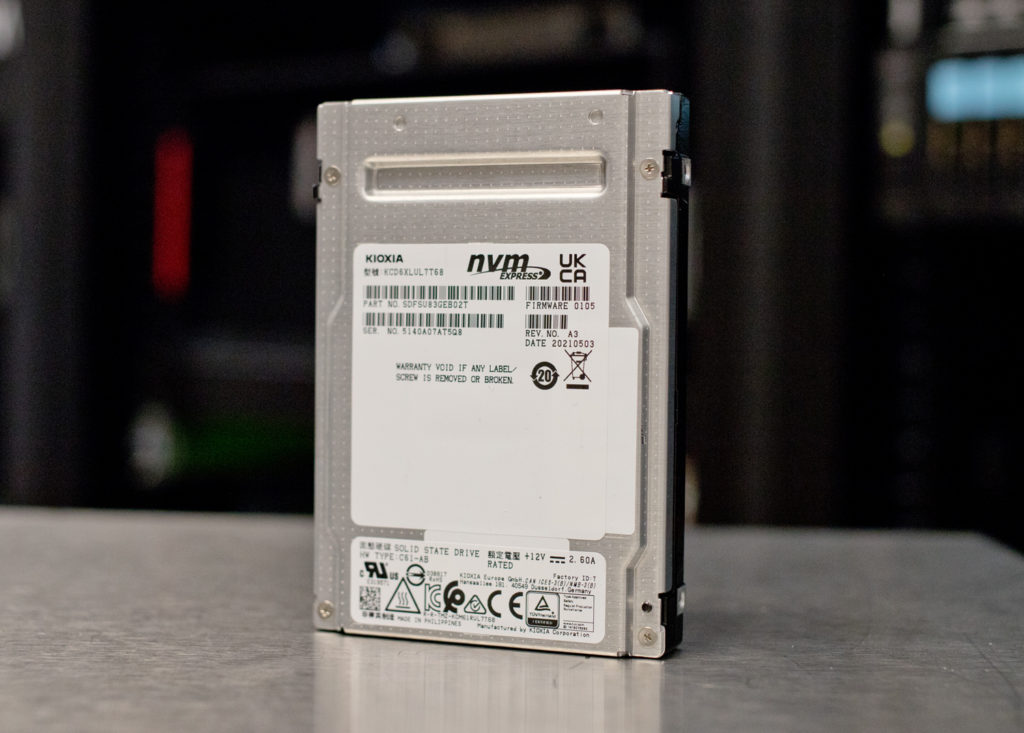 The KIOXIA series comes in 2.5-inch, 15mm Z-height form factors and features the company’s proprietary controller and BiCS FLASH 96-layer 3D TLC memory. It also leverages a single-port design, meaning that there is only one data path from the host to the SSD).

We previously reviewed the pre-production iteration of the CD6 in the summer of 2020, and at the time it was one of the first PCIe 4.0 drives available on the enterprise market. With the drive now out in the wild and a more mature firmware version on production samples, we decided to review an SSD acquired through

For our SQL Server transactional benchmark, the KIOXIA CD6 was placed first with 12,651.5 TPS.

Looking at our Sysbench transactional benchmark, the KIOXIA CD6 had upper mid-range results (3rd) with 10,975 TPS.

With Sysbench average latency, the CD6 posted 11.66ms, which was good enough for 3rd and slightly behind the Samsung PM9A3 and Memblaze drives.

In our first VDBench Workload Analysis, Random 4K Read, the KIOXIA CD6 had a peak performance of 1.03 million IOPS at a latency of 492.6µs, placing 2nd among the tested drives.

The KIOXIA drive continued its weak write performance in 16K sequential, peaking at just 40K IOPS (623MB/s) with a latency of 396µs.

Our next set of tests is our SQL workloads: SQL, SQL 90-10, and SQL 80-20, all of which showed similar results. Starting with SQL, the KIOXIA drive placed a little behind the pack with a peak performance of 244K IOPS at a latency of 130µs.

SQL 90-10 saw similar performance between the top 4 drives; however, the CD6 trailed the pack slightly again, peaking at 237K IOPS at a latency of 133.2µs.

Next up are our Oracle workloads: Oracle, Oracle 90-10, and Oracle 80-20. Like with the SQL benchmarks, the CD6 continued to finish slightly back from the rest of the tested drives. Starting with Oracle, the CD6 had a peak performance of 228K IOPS at 155.8µs.

Next, we switched over to our VDI clone test, Full and Linked. For VDI Full Clone (FC) Boot, the CD6 started off well but ended trailing the pack once again, peaking at 192K IOPS with a latency of 175.2µs.

VDI FC Initial Login, the CD6 fell behind with fairly big spikes and fell off the leaderboard when approaching the 40K IOPS mark. It managed to peak at 44K IOPS (671µs) before taking hits in performance at the end.

With VDI FC Monday Login, the KIOXIA CD6 placed well back from the rest of the tested drives with 52K IOPS at a latency of 286.3µs.

For VDI Linked Clone (LC) Boot, the CD6 performance took a big spike in latency (similar to the Micron Pro drive), though it leveled out around 40K IOPS. It eventually peaked at a solid 93K IOPS with 170.3µs.

In VDI LC Initial Login, the CD6’s performance struggled right off the start, just like the Samsung, and Micron drives. It eventually peaked at just 16K IOPS with 513.2µs, which was good enough for 3rd place but still well back from the Memblaze and Intel drives.

For VDI LC Monday Login, the CD6 continued its struggles (like the Samsung and Micron drives, again), peaking around 18K IOPS but eventually ending at 12K IOPS with a latency of 1,363 µs.

The KIOXIA CD6 is a single drive write per day NVMe TLC SSD, and was one of the first enterprise drives to leverage the PCIe 4.0 interface. It comes in the 2.5-inch 15mm Z-height form factor, features KIOXIA BiCS FLASH 96-layer 3D TLC NAND, and is available in a wide range of capacities from 960GB to 15.36TB. It also comes with a range of security options. 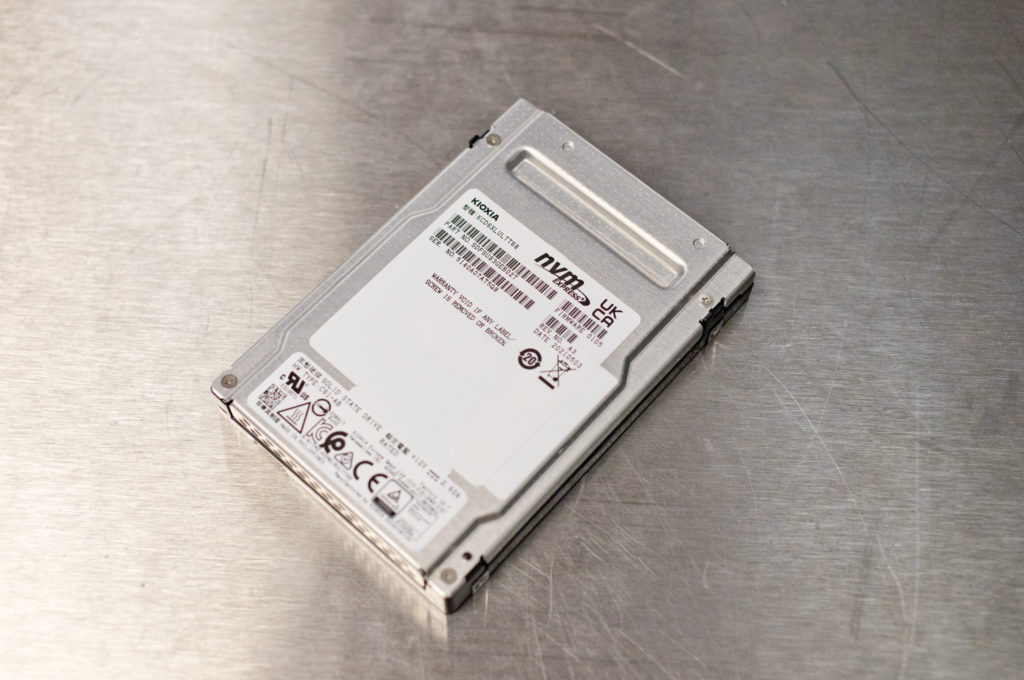 For performance, the KIOXIA CD6 had strong application performance in our tests, although was weaker in write-focused benchmarks. We tested the KIOXIA drive against four other PCIe Gen4 enterprise 7.68TB SSDs with similar specifications and applications: the Samsung PM9A3, Memblaze 6920, and Intel P5510, and the most recent of the bunch, Micron 7400 Pro. We looked at both application workload analysis and VDBench workloads during our analysis.

In our Sysbench tests, we saw the KIOXIA CD6 performed very well with aggregate scores of 10,975 TPS, 11.66ms in average latency, and 22.81ms in a worst-case scenario. Results were fantastic during our SQL Server transactional benchmark, posting 12,651.5TPS and an average latency of 2.3ms.

Overall we were happy to revisit the CD6 as found in the channel, with a more mature firmware build. But in the end the write performance doesn’t hang that well against its competitors.