The ThinkPad P17 Gen 2 is Lenovo’s flagship mobile workstation. This 17.3-inch laptop is well-suited for demanding tasks, from content creation to rendering, thanks to its available eight-core Intel CPUs and Nvidia RTX A5000 graphics card. Expansion is where it really shines, accepting up to 128GB of RAM (including ECC) and three PCIe Gen4 x4 drives. It unsurprisingly turned out to be a real barn burner in our testing. Provided portability isn’t high on your priority list, the ThinkPad P17 Gen 2 aces elsewhere.

The ThinkPad P17 Gen 2 is Lenovo’s flagship mobile workstation. This 17.3-inch laptop is well-suited for demanding tasks, from content creation to rendering, thanks to its available eight-core Intel CPUs and Nvidia RTX A5000 graphics card. Expansion is where it really shines, accepting up to 128GB of RAM (including ECC) and three PCIe Gen4 x4 drives. It unsurprisingly turned out to be a real barn burner in our testing. Provided portability isn’t high on your priority list, the ThinkPad P17 Gen 2 aces elsewhere.

The ThinkPad P17 Gen 2 is a larger version of the 15.6-inch ThinkPad P15 Gen 2. Its Intel CPU options scale to the eight-core/16-thread Xeon W-11955M and the Core i9-11950H, both of which are rated for 5GHz Turbo. These 11th generation “Tiger Lake” chips aren’t the latest Intel has to offer, though workstation laptops supporting the 12th generation “Alder Lake” chips haven’t yet come to market. 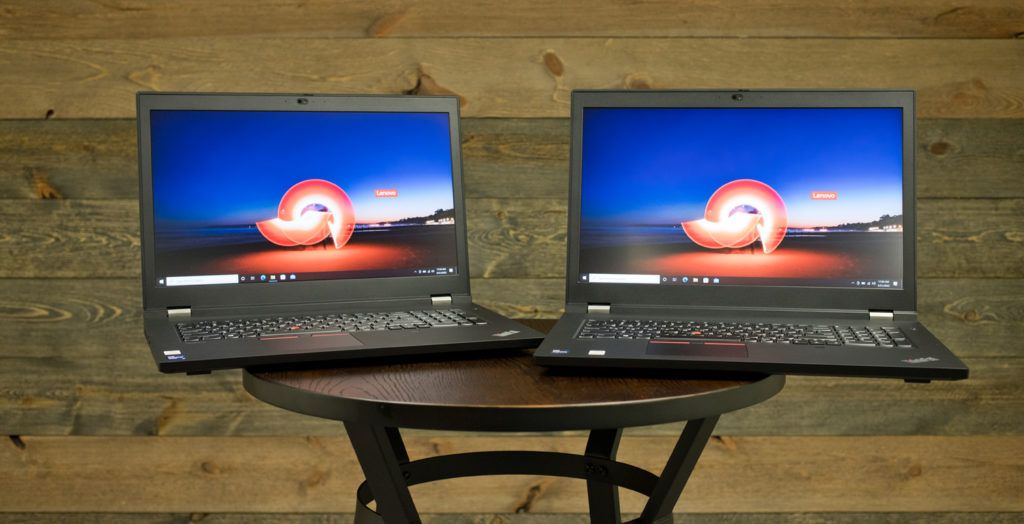 The ThinkPad P17 Gen 2 elevates itself above gaming laptops and smaller workstations with extensive expansion. It supports up to 128GB of DDR4-3200 memory, including ECC when paired with a Xeon CPU, via not two but four So-DIMM slots. Graphics options are exclusively Nvidia workstation-class, starting with the 4GB T1200 and going up to the 16GB RTX A5000.

The HP ZBook Fury 17 G8 and the Dell Precision 7760 (a larger version of the Precision 7560) are the main competitors for this big ThinkPad. All share CPU, graphics card, and memory options, though the Dell and the HP support four M.2 drives; the ThinkPad P17 Gen 2 tops out with three. The ThinkPad’s full specifications are as follows:

The beautiful screen on our review model is the upgraded UHD (3840×2160) panel, rated for a high 500-nit brightness. Its IPS technology gives it wide viewing angles and an anti-glare surface minimizes reflections.

The signature black ThinkPad exterior is all business as expected. It has a durable anti-glare finish. The chassis is strong and unbending, even under pressure. 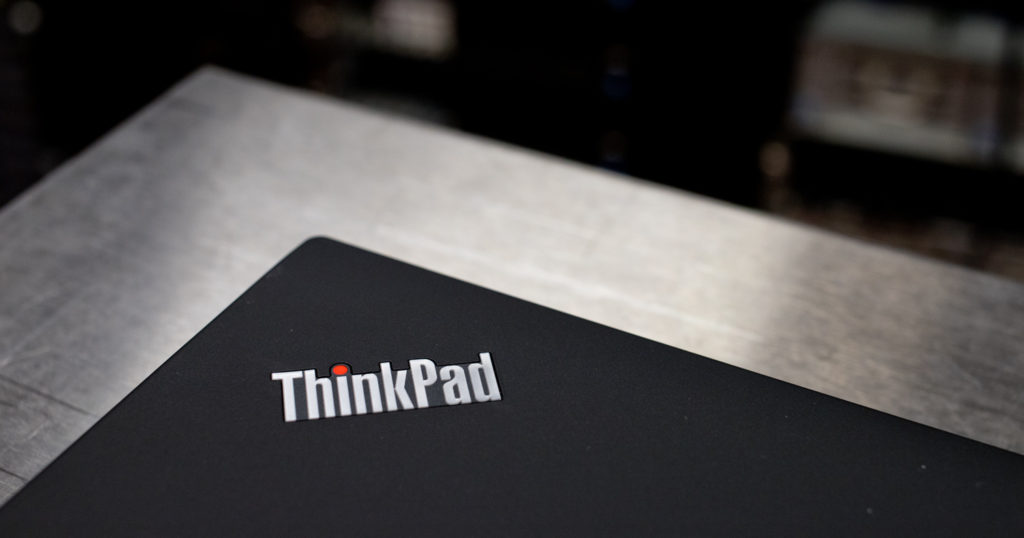 As expected, the ThinkPad’s keyboard is a delight to use. The wide chassis supports a full number pad. The keys have two levels of white backlighting. 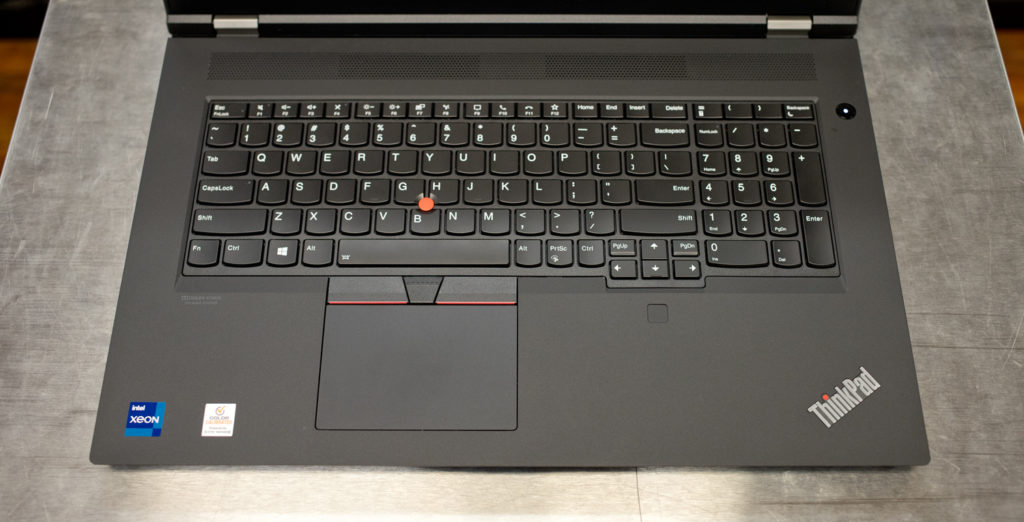 The ThinkPad UltraNav pointing stick is in the keyboard center; it has dedicated buttons, including center click, below the spacebar. The large touchpad foregoes buttons in lieu of a clickable surface, which is highly intuitive.

Port selection on a big workstation laptop like this rarely disappoints. It starts on the left with an HDMI 2.1 video output, an always-on USB-A 3.2 Gen 1 port, a Nano-SIM card slot (for the optional WWAN), and a headset jack.

On the right side, you’ll find the optional SmartCard reader, a full-size SD card reader, a USB-A 3.2 Gen 1 port, and a Kensington lock slot.

There are also ports on the back, including Ethernet, the power jack, two Thunderbolt 4 (USB-C), and a USB-C 3.2 Gen 2 port. There is an internal Intel AX210 wireless card for Wi-Fi 6E connectivity. Biometric capabilities include a fingerprint reader and an IR webcam. The webcam importantly has a privacy shutter.

The ThinkPad P17 Gen 2 offers good serviceability. Two of its So-DIMM slots and two M.2 SSD slots are available behind a dedicated bottom door, shown below, which is secured by a single screw. Removing the keyboard is required to access the other two So-DIMM slots and the third M.2 slot. The latter doesn’t take long, requiring the removal of two screws under the chassis. 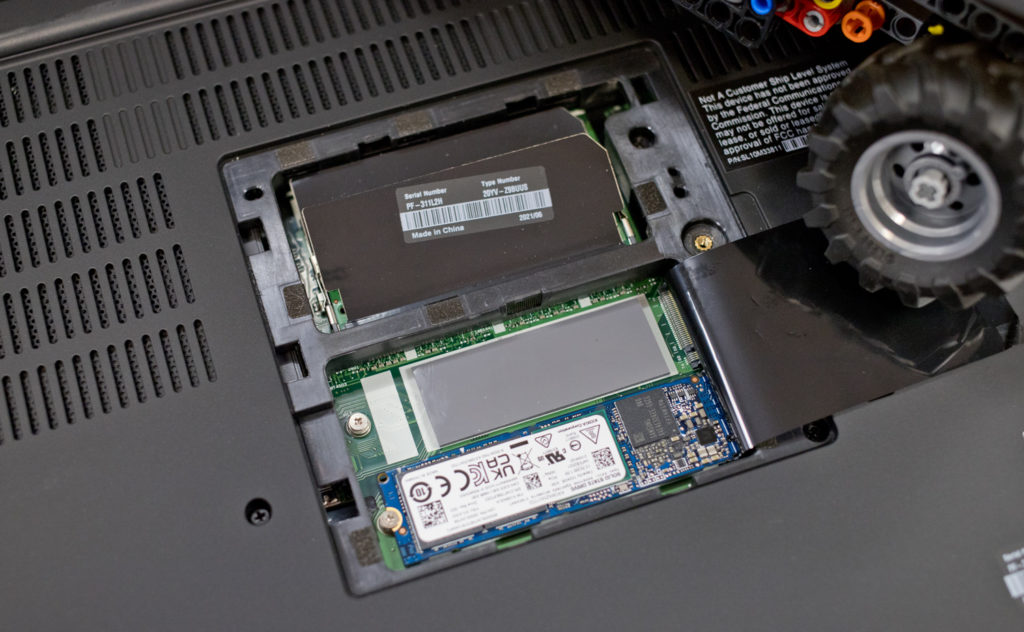 The CPU performance differences should be minimal; both chips are eight-core/16-thread parts with a 2.6GHz base clock and a 5.0GHz Turbo Boost. Their 45-watt TDP ratings mean they won’t keep up with a 95W+ TDP desktop chip, but they’ll be competitive for short stints (laptop CPUs only sustain their maximum Turbo Boost clock for a few seconds due to power and/or thermal limitations). The main reason to pay extra for the Xeon is that it supports ECC memory.

The full specifications of our review units are as follows. They retail for about $5,000 from CDW or Lenovo, which is about what to expect for a top-shelf 17.3-inch mobile workstation. The base ThinkPad P17 Gen 2 is $1,739.

When it comes to cooling, the ThinkPad P17 Gen 2 has that in abundance. Its cooling fans are audible but not annoying under load. This thermal shot shows peak temperatures of 127 degrees F at the top right, but you wouldn’t have your hands there; the rest of the chassis was much cooler, especially the keyboard, in the center of which the average temperature was just over 100 degrees F. 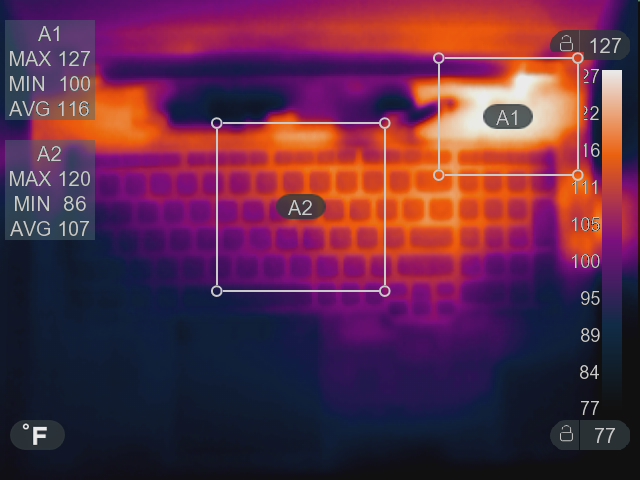 Now onto the benchmarks. For comparisons, we are using the HP ZBook Fury 17 G8 and the Dell Precision 7560; their specifications are below. They also feature UHD screens like our ThinkPad, so they will make fair comparisons in our screen resolution-sensitive testing. The Core i9 ThinkPad will compare with the ZBook Fury 17 G8 while the Xeon model will go against the Precision 7560 on account of those pairs using the same graphics cards.

The ThinkPads are off to a good start; the Core i9 version handily outperformed the ZBook 17 Fury G8, a surprising result considering they share the same CPU and graphics card. The Xeon ThinkPad P17 Gen 2 also did a number on the Precision 7560, which also sports an eight-core CPU and an RTX A4000.

The ThinkPad duo continues to look good. Their superior performance in the graphics card-dependent GPU Compute subtest suggests that Lenovo’s RTX A4000/A5000 implementations may have higher power ratings. The ThinkPads scored almost identically in the CPU-dependent subtests, including LifeSci and GeneralOps.

The Core i9 ThinkPad found itself trailing the ZBook 17 Fury G8 in all three subtests by a wider margin than can be readily explained based on what we saw in the last two benchmarks. (GPU driver differences are all that come to mind.) Meanwhile, the Xeon ThinkPad outdid the Precision 7560 in Montreal and Philly but not Portland.

Another 3D benchmark we will be looking at is LuxMark, an OpenCL GPU benchmarking utility. Things seem back to normal here, with the ThinkPads on top. The Core i9 ThinkPad outperformed the ZBook 17 Fury G8 by 20 percent in hallbench and 17 percent in food. The margin between the Xeon ThinkPad and the Precision 7560 wasn’t as pronounced.

Next, we look OctaneBench, a benchmarking utility for OctaneRender, which is another 3D renderer with RTX support that is similar to V-Ray. Again, the Core i9 ThinkPad dominated the ZBook 17 Fury G8. The Xeon ThinkPad was marginally faster than the Precision 7560.

Next up is Blender, an open-source 3D modeling application. This benchmark was run using the Blender Benchmark utility. NVIDIA OptiX was the chosen render method. The score is in samples per minute, with higher being better. We just have results for the two ThinkPads here; predictably, the Core i9 model did far better, thanks to its stronger RTX A5000 GPU. In GPU-dependent work like this, upgrading to the RTX A5000 can easily pay for itself.

Another test we have started running on laptops is the popular SiSoftware Sandra 2021 suite. Higher numbers are better in all subtests. The ThinkPads’ numbers differ slightly at best, with the edge going to the Core i9 model.

We have also started running 7-Zip’s built-in memory benchmark on laptops. This test responds well to faster memory with lower latencies. Laptop memory isn’t known for either, though the ThinkPad P17 Gen 2 sports DDR4-3200, the fastest DDR4 standard available in a laptop. As in SiSoftware Sandra, the Core i9 ThinkPad showed advantages over the Xeon model.

The Lenovo ThinkPad P17 Gen 2 is the most powerful mobile workstation we’ve tested, outperforming a similarly equipped HP ZBook 17 Fury G8 and a Dell Precision 7560 in our benchmarks. It has all the trimmings you’d expect from a top-shelf workstation, from an excellent screen and input devices to ample connectivity. It does especially well in expansion, supporting up to 128GB of memory and three PCIe Gen4 x4 drives. 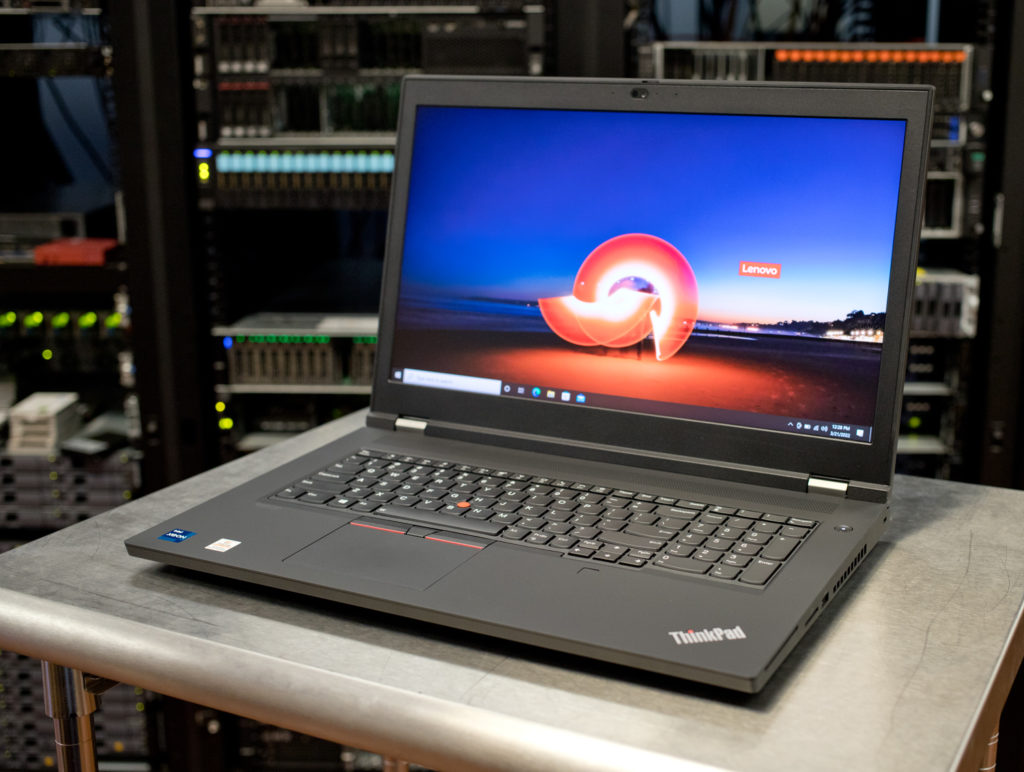 We were able to test two ThinkPad P17 Gen 2s, one with a Core i9-11950H processor and an Nvidia RTX A5000 graphics card and the other with a Xeon W-11955M and an RTX A4000. The RTX A5000 proved much stronger in GPU-dependent tests than the RTX A4000, making it worth the upcharge for GPU-limited workloads. As for the CPUs, they performed similarly; we can only recommend spending extra for the Xeon if you require ECC memory (which the Core i9 doesn’t support).

Overall, the Lenovo ThinkPad P17 Gen 2 gets our recommendation as a top-performing mobile workstation.