The Memblaze PBlaze6 6920 is the company’s new NVMe SSD series that features a PCIe Gen4 interface and the potential performance gains that could bring. The 6920 is a U.2 drive that leverages 96-Layer NAND. There are two drives in this series, the PBlaze6 D6920 and the PBlaze6 D6926, the former being the lower endurance model with 1 DWPD and the latter being the high endurance with 3 DWPD.

The Memblaze PBlaze6 6920 is the company’s new NVMe SSD series that features a PCIe Gen4 interface and the potential performance gains that could bring. The 6920 is a U.2 drive that leverages 96-Layer NAND. There are two drives in this series, the PBlaze6 D6920 and the PBlaze6 D6926, the former being the lower endurance model with 1 DWPD and the latter being the high endurance with 3 DWPD. 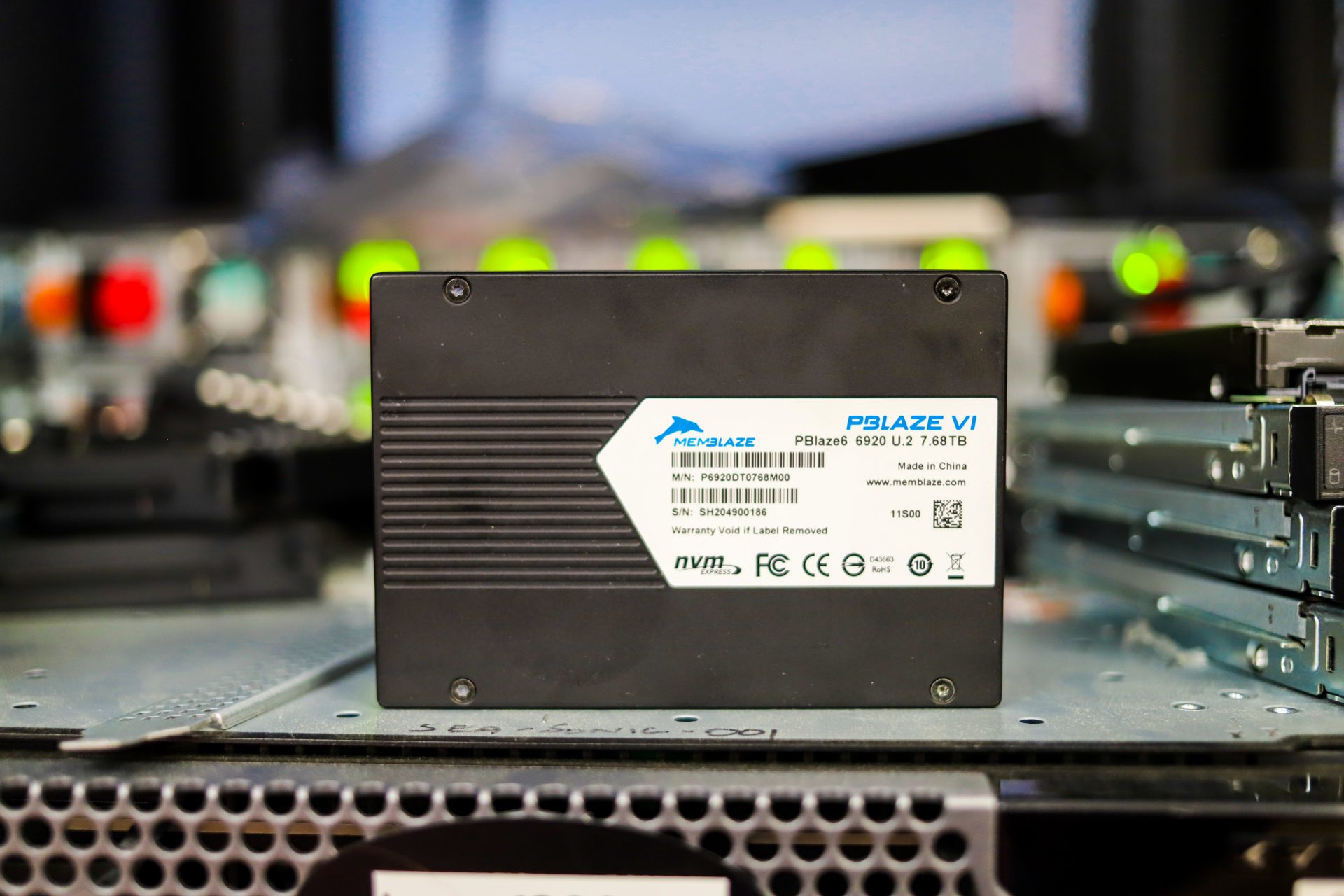 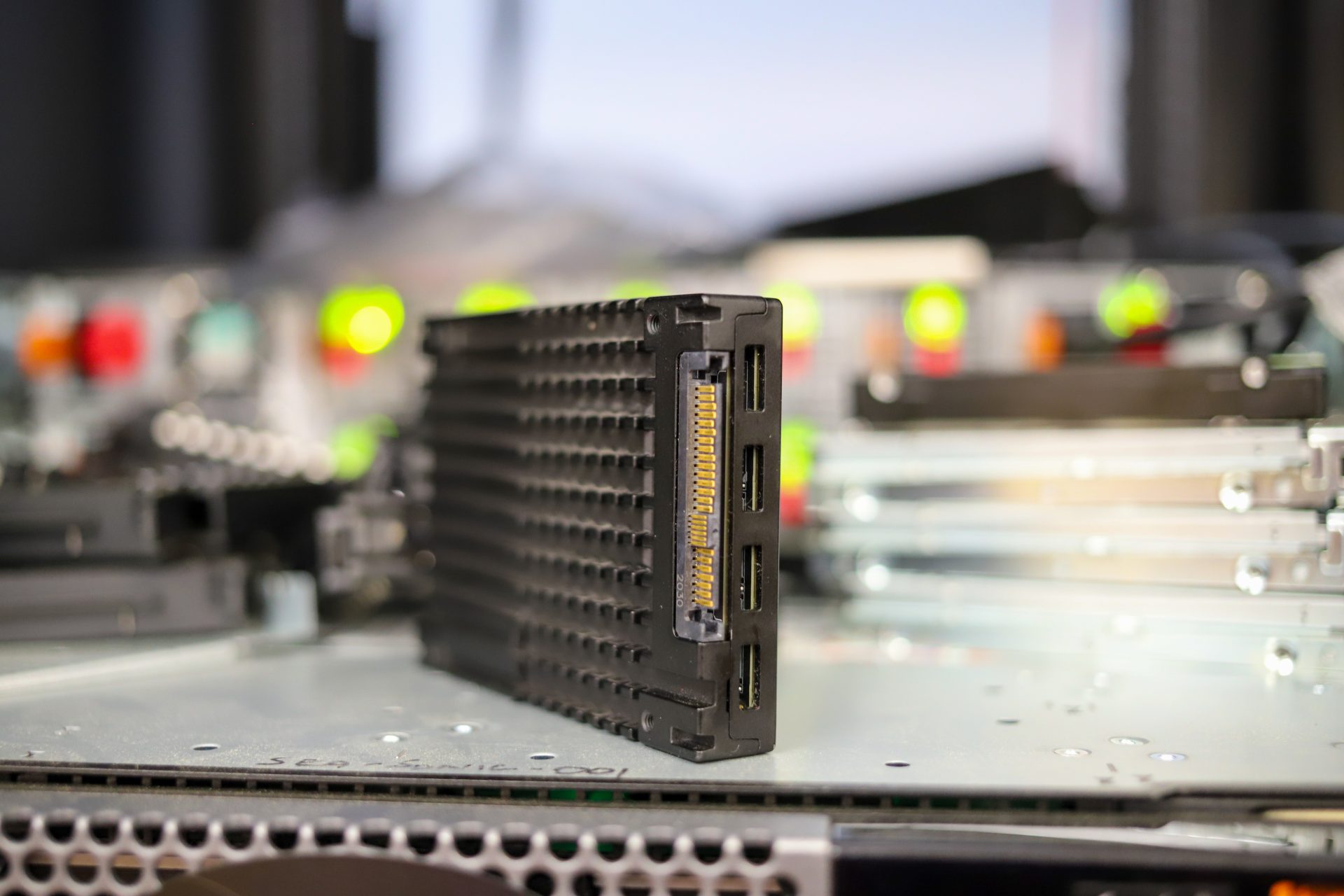 Memblaze, particularly from StorageReview testing in the past, is known for high performance. So, seeing 7.1GB/s and 1.6 million IOPS is kind of what is expected. However, Memblaze is also known for data reliability and high write endurance. Having a high write endurance is important in long-term use where applications tend to be read/write-intensive and mixed read-write. The PBlaze6 6920 series leverages weighted round-robin. Instead of giving equal priority in each queue, weighted round-robin allows for differentiated I/O services for the scenarios where applications with different performance requirements share storage devices.

Other features include the ability to collect logs via the Telemetry standard interface, reducing complexity and potentially lowering maintenance costs. The new PBlaze6 6920 series supports enhanced secure erase to ensure that once a drive is decommissioned, there is no way for someone to get any information from it. The drives’ firmware can be updated without resetting the drive as well. 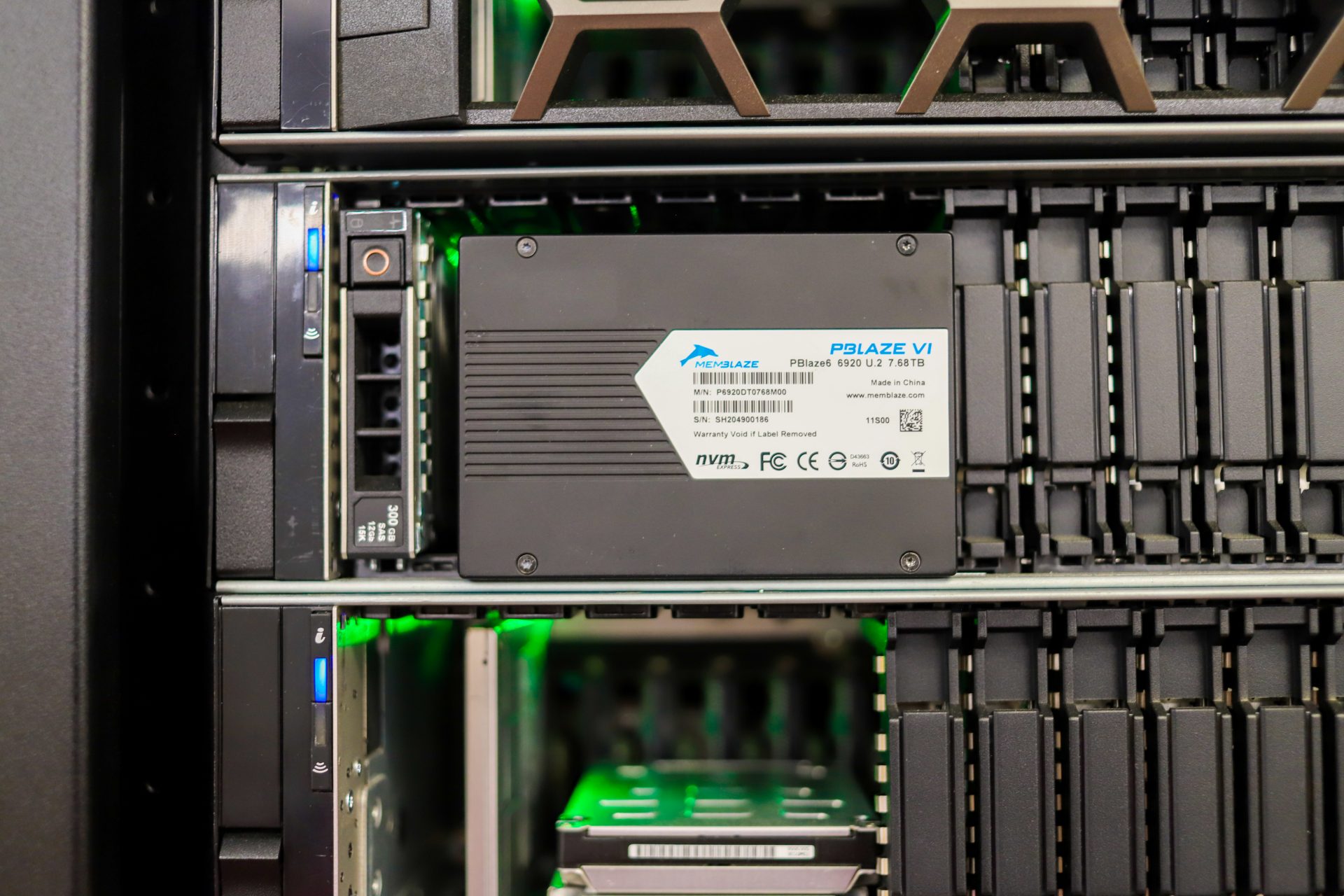 In order to understand the performance characteristics of enterprise storage devices, it is essential to model the infrastructure and the application workloads found in live production environments. Our benchmarks for the HPE/Samsung PM1735 include the MySQL OLTP performance via SysBench and Microsoft SQL Server OLTP performance with a simulated TCP-C workload. For our application workloads, each comparable drive will be running 4 identically configured VMs. With the PM1735 being a U.3-ONLY variant, we tested it on the HPE DL365 Gen10 Plus while the other models were on our Lenovo ThinkSystem SR635.

With SQL Server average latency, the PBlaze6 6920 had an aggregate latency of 2.25ms with individual VMs ranging from 1ms to 3ms. This puts it above all other Gen4 drives tested thus far.

Looking at our Sysbench transactional benchmark, the Memblaze drive had an aggregate score of 11,478 TPS with individual VMs ranging from 2,856 to 2,889 TPS. This puts it well ahead of the other drives.

Sysbench average latency saw the Memblaze put up an aggregate of 11.15ms with individual VMs ranging from 11.07ms to 11.2ms. Again, the drive takes first with the lowest latency yet.

For our worst-case scenario latency (99th percentile), the Memblaze PBlaze6 6920 drive had an aggregate of 20.2ms well under the other drives in comparison.

Next, we switched over to our VDI clone test, Full and Linked. For VDI Full Clone, first up is boot. Here the Memblaze took the top spot with 229,874 IOPS and a latency of 150µs.

For VDI FC Initial Login, the PBlaze6 fell to second with a peak performance of 163,243 IOPS at a latency of 180µs.

VDI FC Monday Login had Memblaze hold second with a peak of 107,414 IOPS with a latency of 146µs.

For VDI Linked Clone (LC) Boot, the Memblaze took second behind the CM6, the usual top performer. For a peak, the drive saw 108,491 IOPS and a latency of 146µs.

VDI LC Initial Login saw Memblaze take the top spot with a peak of 58,314 IOPS and a latency of 133µs.

Finally, with VDI LC Monday Login Memblaze dropped down to third with a peak of 82,576 IOPS with a latency of 190µs though it was over 1ms earlier in testing.

The Memblaze PBlaze6 6920 NVMe SSD series is the latest enterprise drive from the company, for the first time leveraging PCIe Gen4. The Series consists of two drives, D6920 (reviewed here) and the D6926. The difference between the drives is endurance and as a result, capacity. Speaking of capacity, the top capacity for the series is 15.36TB in a U.2 footprint. For performance, the maximum quoted numbers are 7.1GB/s and 1.6 million IOPS. Memblaze states the drive is ideal for a plethora of use cases, and it may just be easier to say that it can fit most (or all) enterprise workloads.

The Memblaze PBlaze6 NVMe SSD series is the company’s first PCIe Gen4 drive and yet another top-notch release. The drive we tested, the D6920, was either at or near the top in every test. Not everyone knows the Memblaze name, as much of their US distribution is through Micron-branded SSDs. But if you’re not paying attention to Memblaze, you’re vastly missing out if you care about performance in a common, hot-swappable form factor. Their SSDs have had the best performance profile of any brand that’s hit our lab over the last several years. The D6920 is no different and is a thoroughly impressive drive throughout our entire test plan. As a result, it’s earned our Editor’s Choice award.