The Samsung PM9A3 is the company’s latest data center SSD to hit the market. Available in capacities ranging from 960GB to 15.36TB, the new PM9A3 features the Gen4 interface and the company’s 6th-generation V-NAND to help handle heavy server traffic in read-intensive environments so applications run smoothly.

The Samsung PM9A3 is the company’s latest data center SSD to hit the market. Available in capacities ranging from 960GB to 15.36TB, the new PM9A3 features the Gen4 interface and the company’s 6th-generation V-NAND to help handle heavy server traffic in read-intensive environments so applications run smoothly. 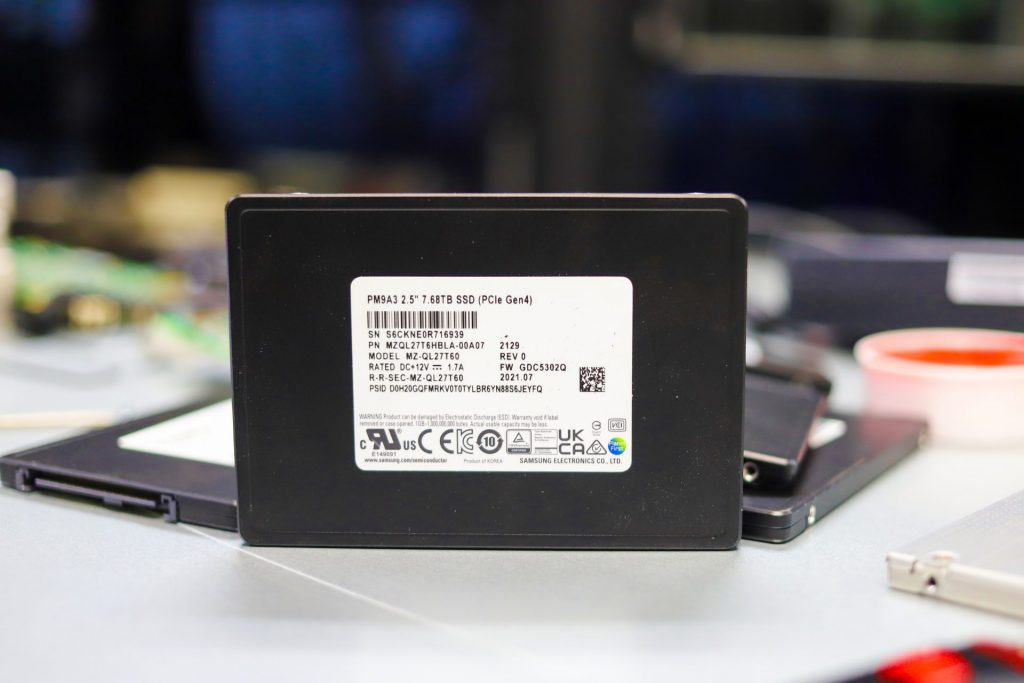 Enterprise computing and web-scale data center use cases have grown exponentially over the past few years, so reliable, high-performing data center SSDs are now more important than ever. Samsung promises the PM9A3 to deliver in this regard, offering a broad range of different form factors: U.2, U.3, M.2, E1.S, and E1.L of various widths. This adds a ton of flexibility and can meet the needs of pretty much any server requirement.

The E1.L form factor (long ruler) is designed to excel in very large-scale deployments that need density, while the E1.S offers a unique blend of capacity and performance. One of the biggest benefits of E1 drives is the built-in heatsink and embedded thermal interface material so that extra intervention is not needed to maintain high performance. The latter size could take the lead as the replacement for U.2 data center drives, as widespread support for E1.S is growing. You will also undoubtedly see Samsung PCIe Gen5 SSDs in this form factor, which will boast an impressive feature set, including incredible performance and support for 20/35/40/70W drives.

Differences between Samsung’s PM9A3 and PM983 (the company’s last-gen data center SSD) are significant. Besides the jump to the Gen4 interface, the PM9A3 offers better NAND and a new controller (V6 TLC and Elpis 8-channel, respectively) compared to the PM983’s V5 TLC NAND and Phoenix 8-channel controller. The PM9A3 also doubles the maximum capacity model to 15.36TB. And, as indicated above, the PM9A3 is available in a wide range of form factors, while the PM983 is only available in M.2 and U.2.

For performance, the PM9A3 (U.2) is quoted to deliver sequential reads and writes up to 6,900MB/s and 4,100MB/s, respectively, while random performance is expected to hit up to 1.1 million IOPS read and 200K writes. Samsung indicates that this is a 3.6x improvement over the PM983. 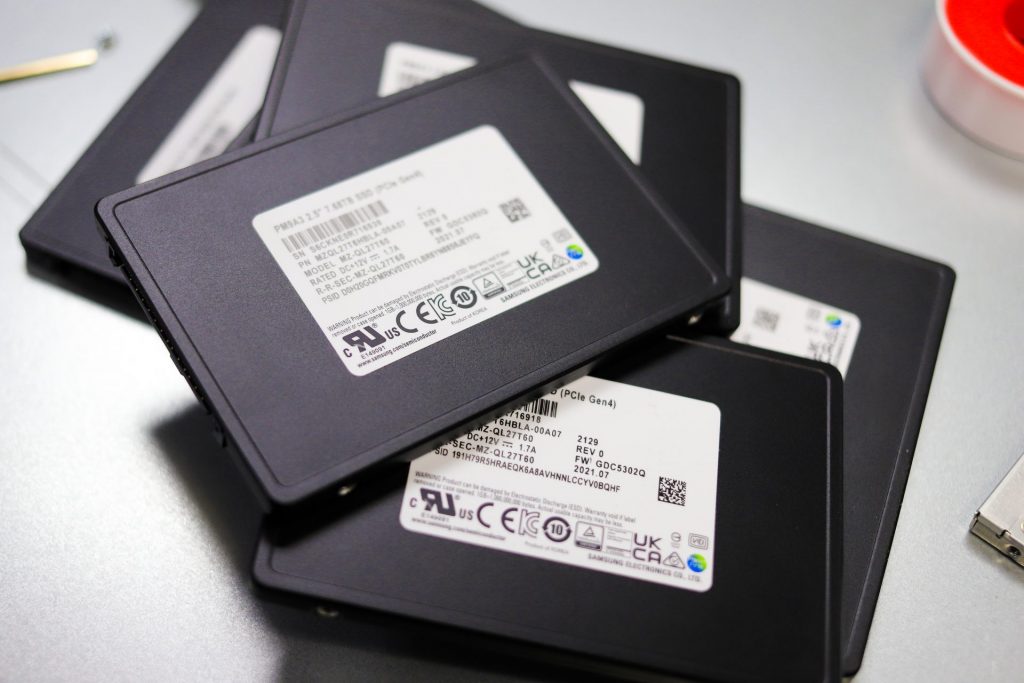 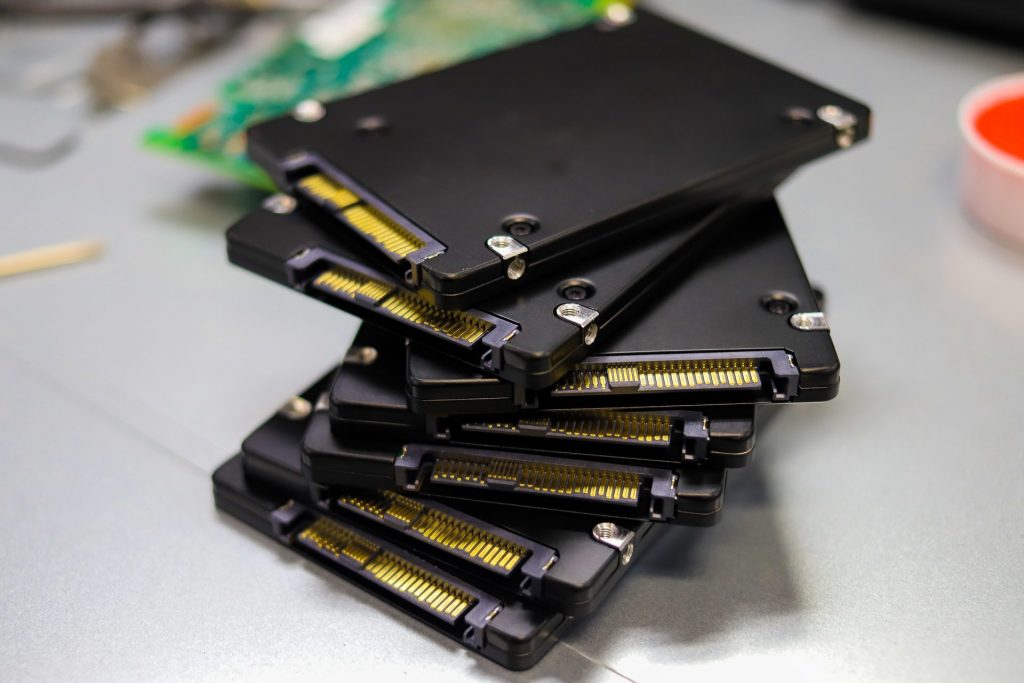 For our SQL Server transactional benchmark, the Samsung PM9A3 placed just a hair behind the Memblaze 6920 with 12,649.6 TPS.

Looking at our Sysbench transactional benchmark, the Samsung PM9A3 had 11,108 TPS, placing it second among the tested drives.

With Sysbench average latency, the Samsung PM9A3 posted 11.52ms, which was good enough for second once again.

In our first VDBench Workload Analysis, Random 4K Read, the PM9A3 had a peak performance of 905,366 IOPS at a latency of 562µs. This placed it well behind the leader which boasted well over a million IOPS.

Our next set of tests are our SQL workloads: SQL, SQL 90-10, and SQL 80-20, all of which showed similar results. Starting with SQL, the new Samsung drive placed first with a peak performance of 259,124 IOPS at a latency of 122.4µs, which edged out all other drives.

With SQL 80-20, the new Samsung drive landed in a three-way tie for second by the end of the test with the Kioxia and Intel drives with a peak performance of 244,746 IOPS at a latency of 129µs.

Next up are our Oracle workloads: Oracle, Oracle 90-10, and Oracle 80-20. Like with the SQL benchmarks, the Samsung PM9A3 continued its solid performance. Starting with Oracle, the PM9A3 placed second with a peak performance of 251,605 IOPS at 138.1µs, results which were very similar to the Kioxia drive.

Next, we switched over to our VDI clone test, Full and Linked. For VDI Full Clone (FC) Boot, the Samsung PM9A3 placed second trailing the Memblaze drive with a peak of 211,248 IOPS at a latency of 161.3µs.

For VDI Linked Clone (LC) Boot, the PM9A3 suffered a massive latency spike at the beginning of the test, though it gradually leveled out for 3rd place with a peak of 99,130 IOPS and a latency of 160.2µs.

VDI LC Monday Login told a similar story, as the PM9A3 showed unusable performance. It barely made it past the 14K IOPS mark at an extremely high 1,103µs in latency before suffering from another spike.

Though certainly uneven at times during our benchmarks, the Samsung PM9A3 data center SSD is a solid release by the company. This U.2 SSD leverages TLC V6 NAND and an Elpis 8-channel controller, which is a noticeable upgrade compared to the previous generation’s V5 TLC NAND and Phoenix 8-channel controller. The PM9A3 is also available in capacities ranging from 960GB to 15.36TB, the latter of which doubles the maximum capacity from the last version. 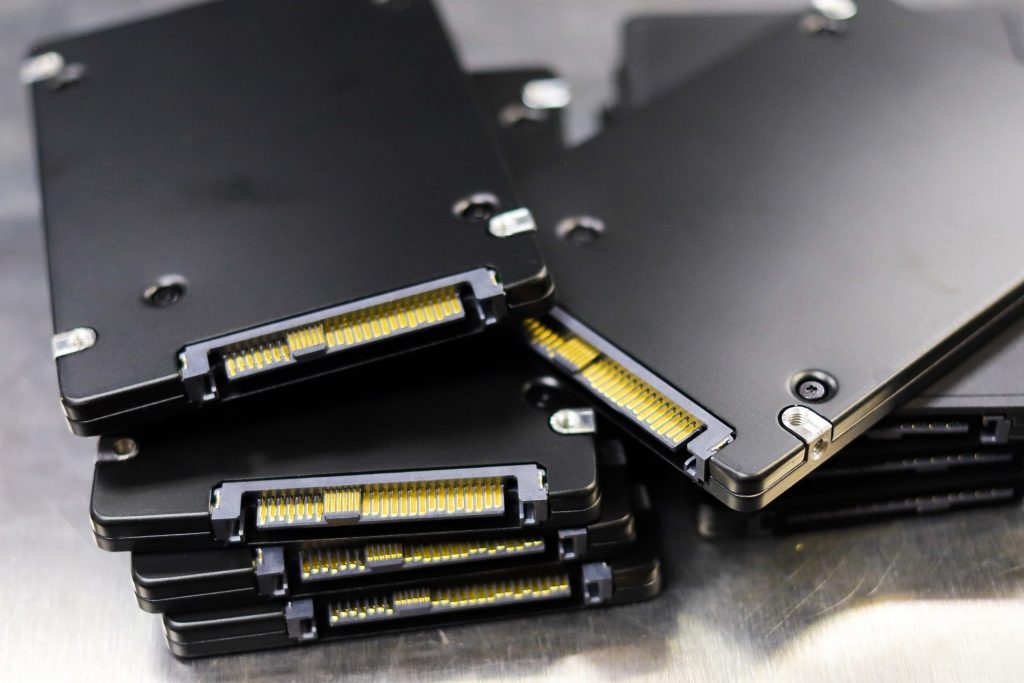 Samsung quotes performance of up to 6.8GB/s read and 4GB/s write for the U.2 form factor model, with random performance up to 1 million IOPS read and 180,000 IOPS write. This performance profile makes it useful in a range of enterprise data center use cases.

As for how it actually performed during our lab benchmarks, the results were a bit uneven as we mentioned above. We tested the Samsung PM9A3 against several other PCIe Gen4 enterprise SSDs and looked at both application workload analysis and VDBench. In our first series of tests, we saw the P5510 perform well in SQL Server transactional with an aggregate of 12,649.6 TPS and an average latency aggregate of 2.8ms, both of which placed second among the tested drives. The drive kept the second spot (trailing just the Memblaze 6920) in Sysbench with solid aggregate scores of 11,108 TPS, 11.52ms in average latency, and 20.70ms in a worst-case scenario. 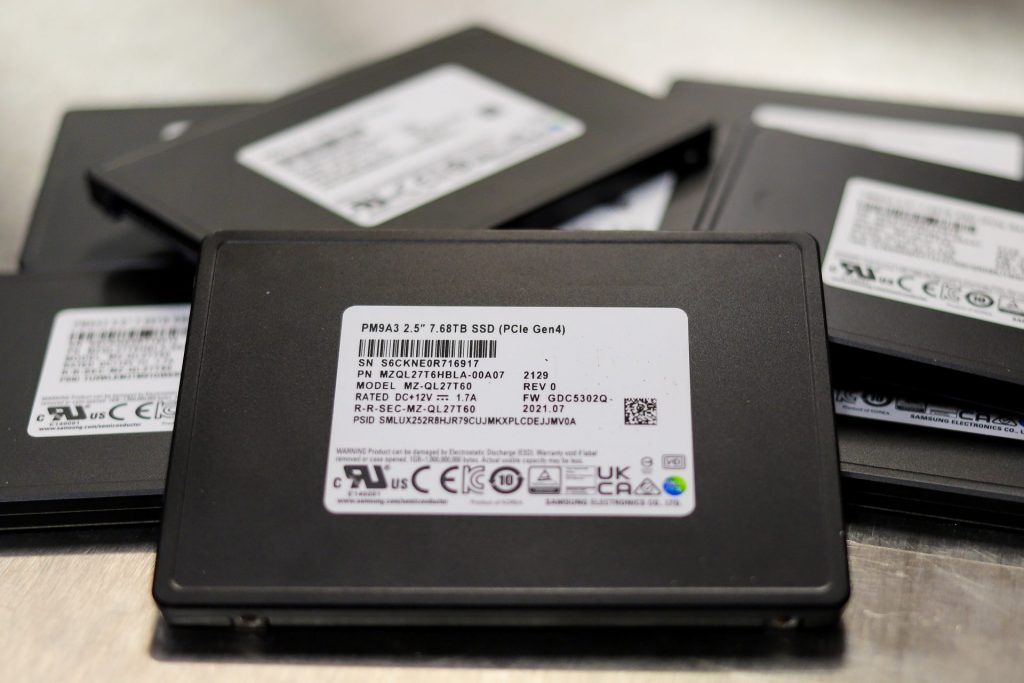 Switching over to our VDBench, the Samsung PM9A3 was behind the leaders in these tests. Highlights include 905K IOPS in 4K read, 506K IOPS in 4K write, while sequential workloads saw just 4.72GB/s in 64K read and 2.02GB/s in 64K write.

Next up were our VDI Clone tests, Full and Linked, where its uneven performance returned. In Full Clone, we saw 211K IOPS in boot, 114K IOPS in Initial Login, and 80K IOPS in Monday Login, placing it second, fourth, and fourth again, respectively. In Linked Clone we saw a massive spike in boot at the very beginning (the only drive to do so), which ended up in 3rd place after leveling out with a peak of 99K IOPS. The Samsung PM9A3 was very unstable in the remaining tests, as performance took a massive plummet at the 18K mark in initial login while barely making it to 14K IOPS in Monday Login. Both results were last place by a large margin.

Issues aside during the VDI benchmarking, performance and reliability were overall good throughout most of our tests and application workloads. Even if this isn’t the best performing data center drive we’ve seen in our lab, the PM9A3 is an incredibly popular drive among companies like Dell and HPE and is listed as a configurable option when building the server. Given the cost profile of the PM9A3, the overall package is pretty enticing. Lastly, the PM9A3 is offered in a broad range of different form factors in addition to U.2 (U.3, M.2, E1.S, and E1.L of various widths and lengths), making this an incredibly flexible line that has the ability to handle most data center use cases.