Seagate is mostly known for its HDD business, and continues to innovate in this regard cramming more capacity in the same form factor and squeezing more performance out. However, the company has been making big strides in its SSD game as well. Seagate has released SSDs that run the full gamut of what is available. For this review we are going to be looking at the company’s 3031 SAS series of SSDs, specifically the Seagate Nytro 3331 SAS SSD.

Seagate is mostly known for its HDD business, and continues to innovate in this regard cramming more capacity in the same form factor and squeezing more performance out. However, the company has been making big strides in its SSD game as well. Seagate has released SSDs that run the full gamut of what is available. For this review we are going to be looking at the company’s 3031 SAS series of SSDs, specifically the Seagate Nytro 3331 SAS SSD. 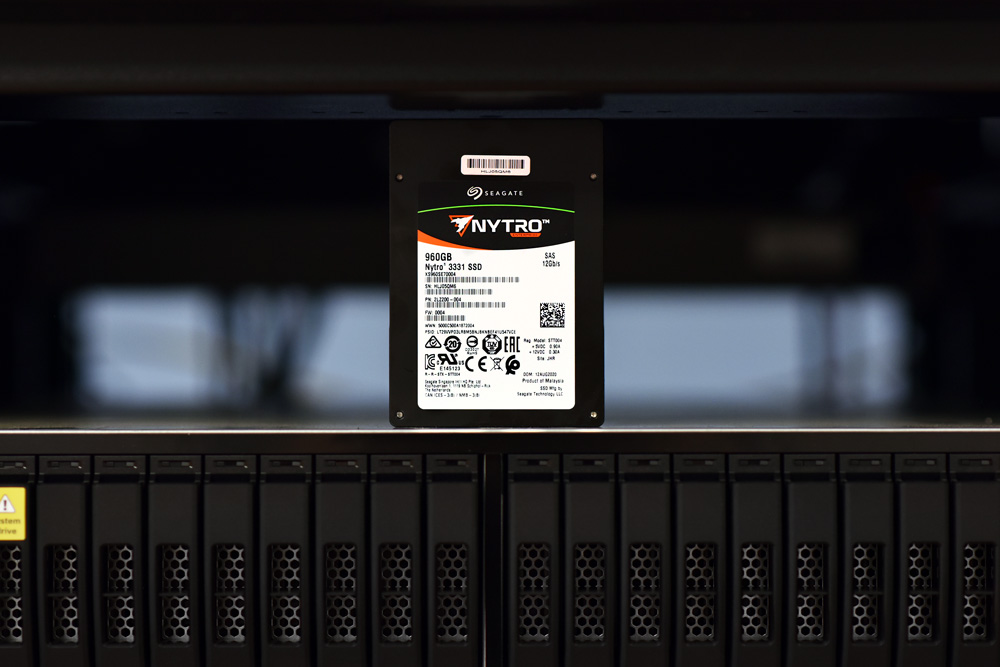 SAS is the less talked about interface leveraged in the data center, but still high prevalent. It doesn’t have the extreme performance of NVMe or the cost-efficiency of SATA. They fit in a nice middle ground. The Seagate Nytro 3031 SAS series is here to deliver high performance, security, and capacity to the SAS field. From a security and endurance standpoint, the drive leverages full internal and external data path protection (T10 DIF), advanced ECC algorithms, media lifecycle management, and other techniques for extending flash memory life. 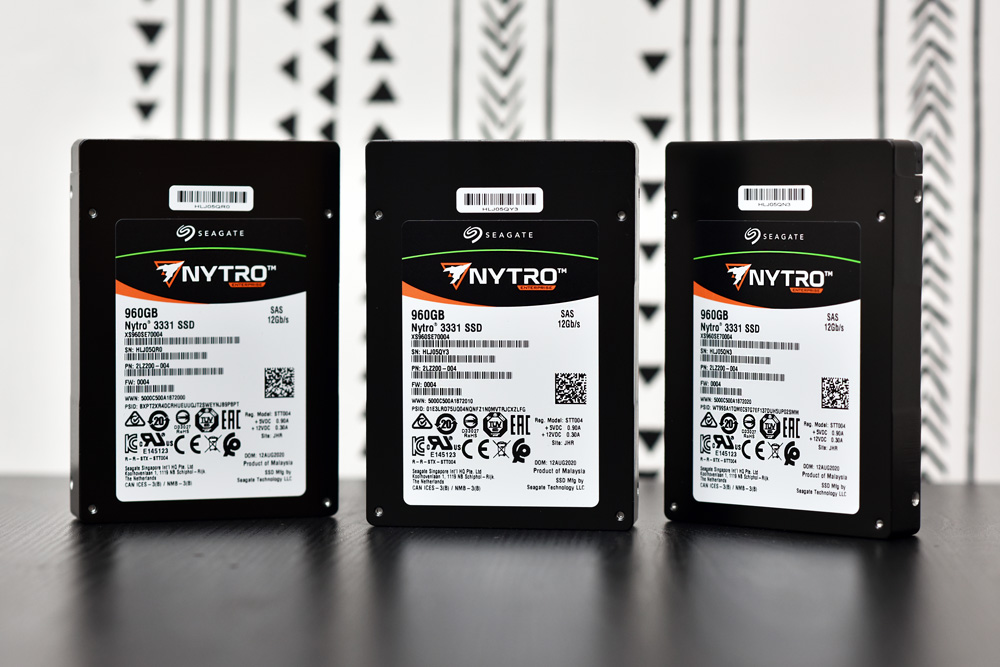 For performance the drive is dual-ported and has a maximum quoted speed of 2.2GB/s. There are several flavors of the drive. The one we are looking at, Seagate Nytro 3331 SAS SSD, is the scaled endurance model. The 3331 comes with capacities ranging form 960GB to 7.68TB but the 3031 series goes all the way up to 15.36TB for those that need it for read intensive workloads.

For this review we are looking at a 960GB version of the Seagate Nytro 3331 SAS SSD.

In our first VDBench Workload Analysis, Random 4K Read, the Seagate Nytro 3331 hit a peak of about 166K IOPS with a latency of about 650µs before dropping off some and placing third overall

The Seagate Nytro 3331 is part of the company’s enterprise SAS line of SSDs. The drive can act as a higher performat, more secure SAS drive as organizations expand their SAS foot print or upgrade older SAS HDDs with these high capacity SSDs. The drive comes in capacities as high as 7.68TB and leverage several security options from Seagate. The 3331 in particular is the scaled endurance version of the SAS drives offering up to 1DWPD and up to 13,600 TBW. 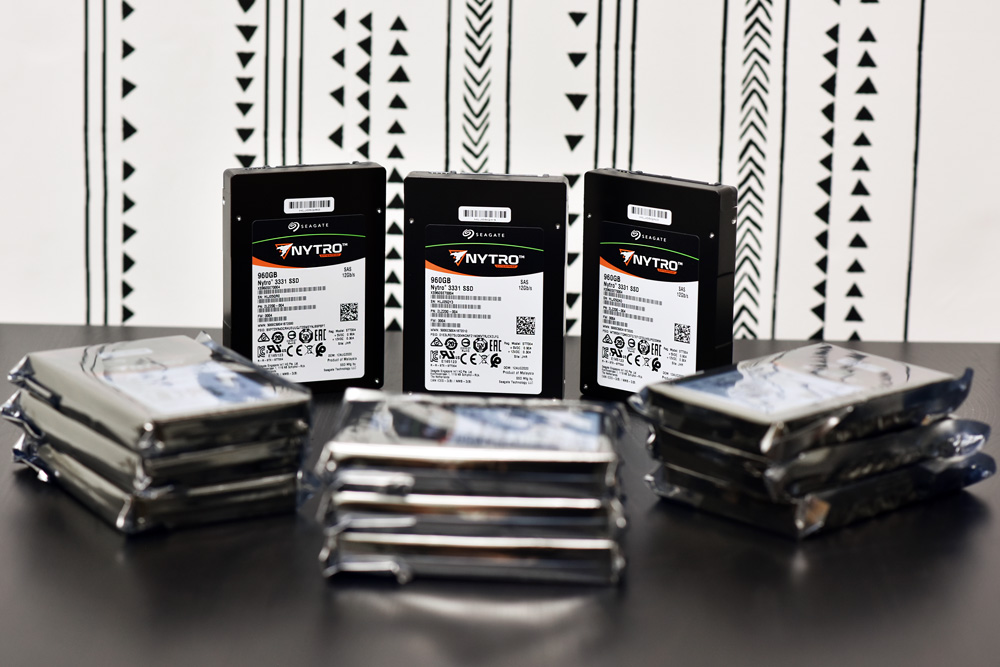 The Seagate Nytro 3331 brings security, capacity, and decent performance for those that need to leverage SAS in their data center.