First off there are a lot of similarities here. Both servers use the third generation AMD EYPC processors, both have 32 DIMM slots for up to 8TB of ECC DDR4 3200MHz of SDRAM, and both feature three PCIe Gen4 expansion slots. One of the main gripes we had with the previous server was the lack of dense NVMe storage.

On the one hand, the 1024UT had four 3.5″ bays for up to 64TB of HDD capacity. These bays supported SATA, SAS, and NVMe but if you wanted to leverage the latter, the fastest, you were limited to just the four bays. In the 1124US, you only have 2.5″ bays but that is ok as you have 12 of them, which means a lot more NVMe storage is possible. 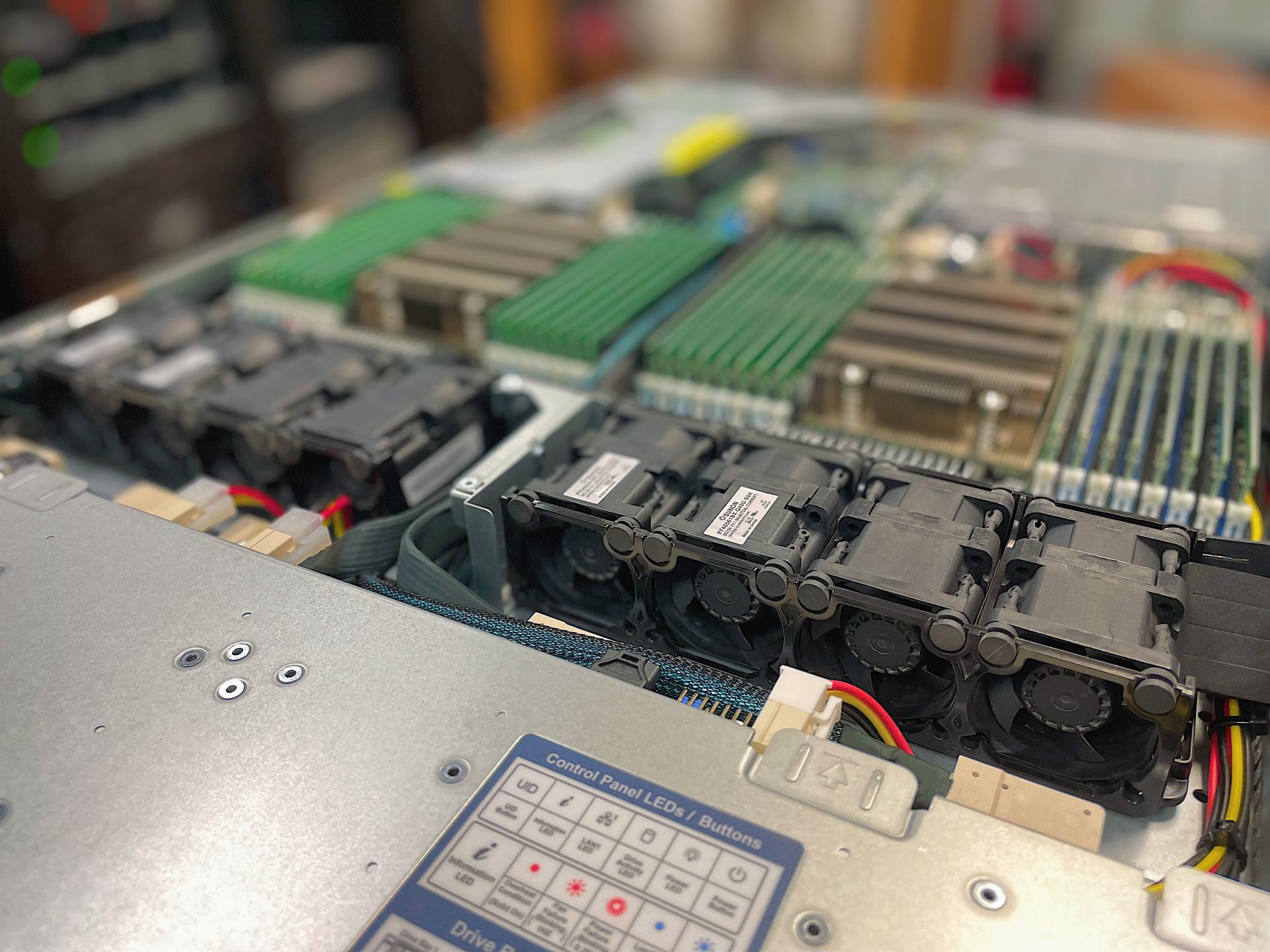 The Supermicro 1124US-TNRP is a 1U server that has the normal look of a Supermicro unit. Across the front of the server is the twelve 2.5″ drive bays. The bays are tool-less and hot-swappable, which is always nice. On the upper left is a USB 3.0 port. The upper right has the control panel featuring the power button/LED, HDD indicator, NIC indicator, information LED, and UID button. 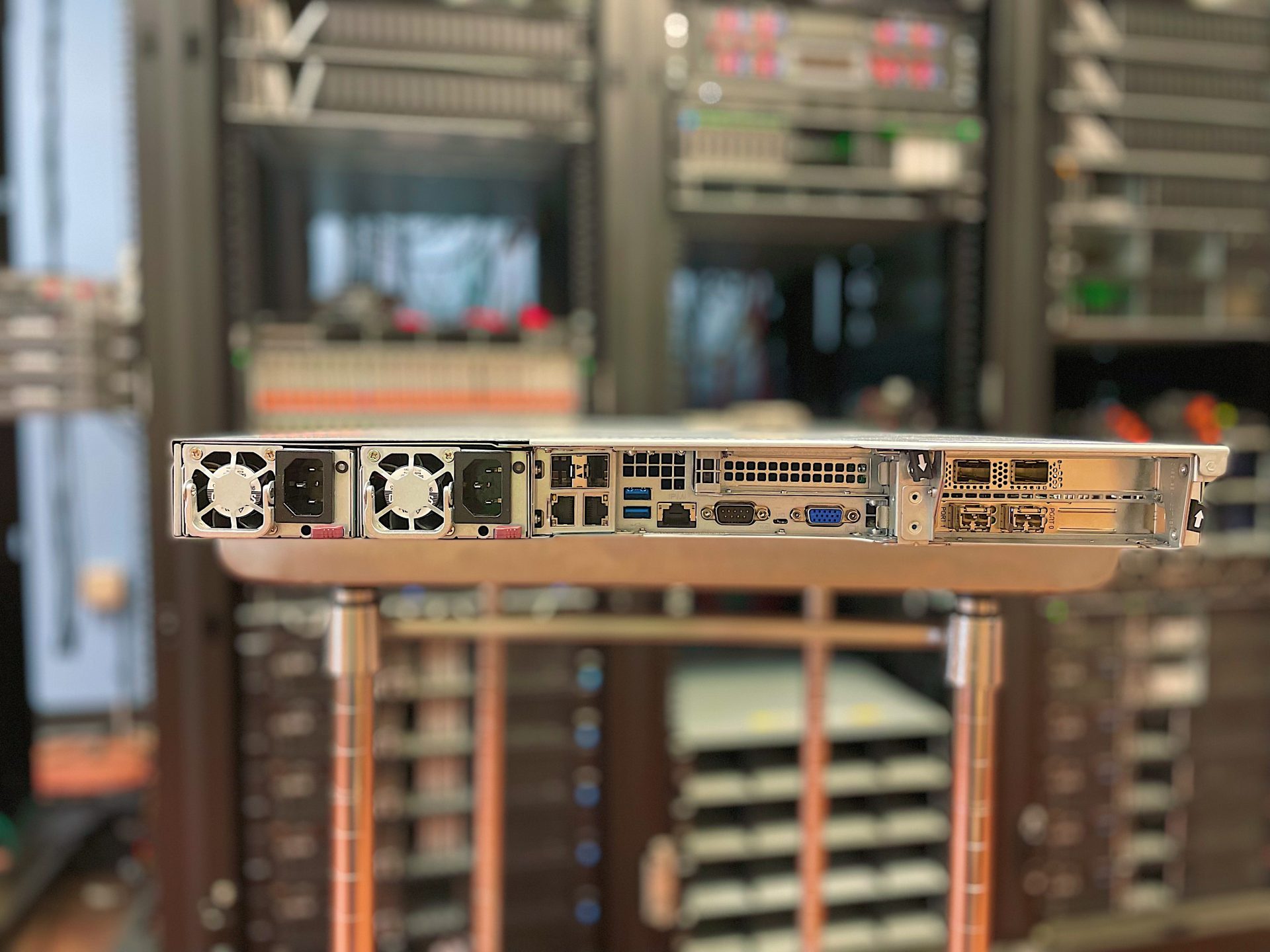 Flipping it around to the rear, the left side as the two PSUs, the right side has the 3 PCIe slots, in the middle is all the ports including four 10GbE ports, two USB 3.0 ports, a dedicated LAN port for IPMI, a serial port, a UID indicator and button, and a video port. 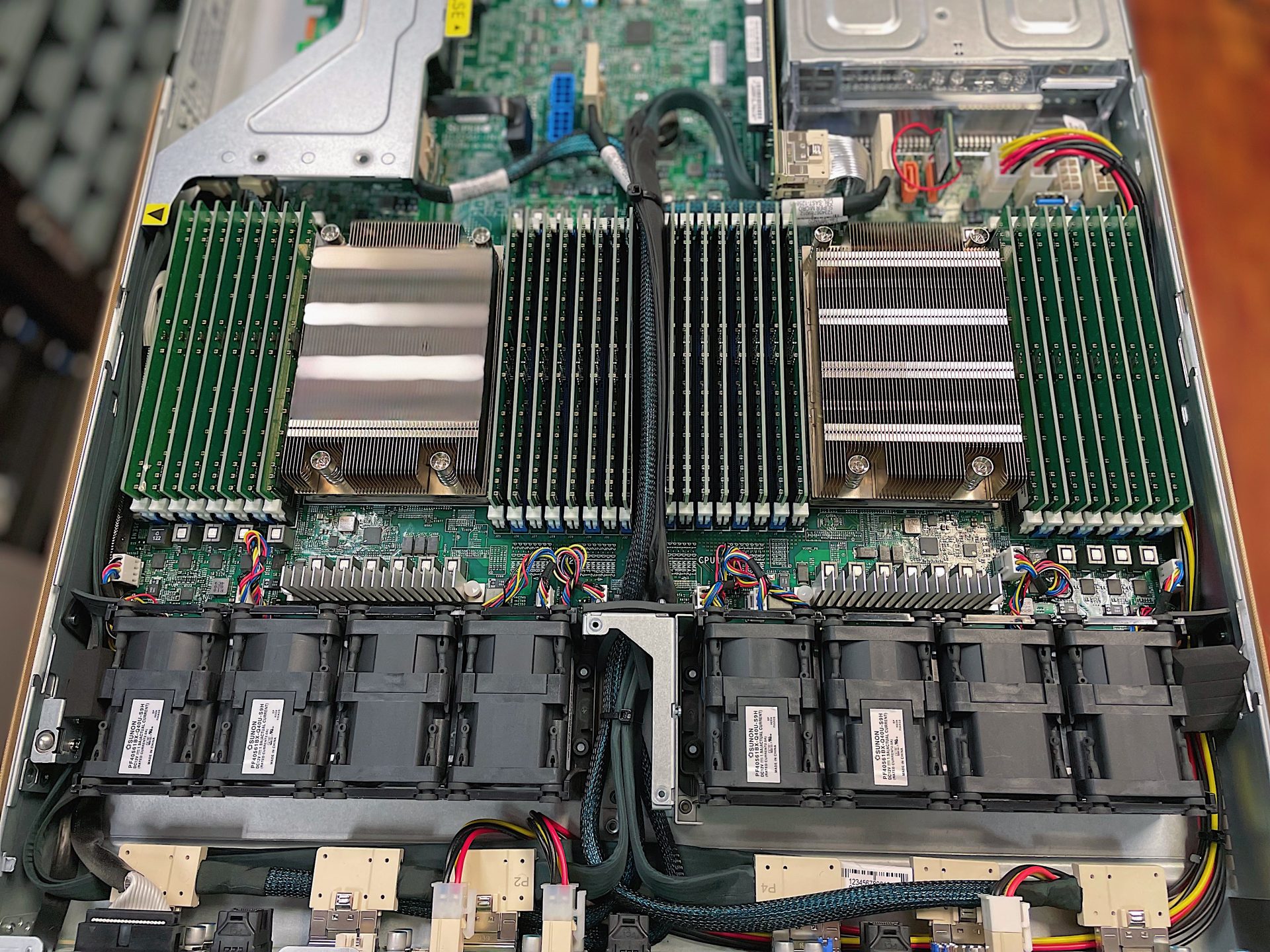 Opening it up we can see the two CPUs and the 32 DIMMS that surround them.

For SQL Server average latency, the Supermicro 1124US-TNRP had an aggregate score of 1ms with individual VMs each measuring 1ms.

Each Sysbench VM is configured with three vDisks: one for boot (~92GB), one with the pre-built database (~447GB), and the third for the database under test (270GB). From a system resource perspective, we configured each VM with 16 vCPUs, 60GB of DRAM and leveraged the LSI Logic SAS SCSI controller. We utilized 8 of the 12 NVMe SSDs, placing two VMs per drive. As this is a CPU-bound benchmark it had no impact to the final performance number.

When it comes to benchmarking servers, application testing is best, and synthetic testing comes in second place. While not a perfect representation of actual workloads, synthetic tests do help to baseline storage devices with a repeatability factor that makes it easy to do apples-to-apples comparison between competing solutions.

VDI FC Monday Login saw the Supermicro start with low latency, spike up a bit, and then settle at a peak of 463,803 IOPS and a latency of just 148µs.

For VDI Linked Clone (LC) Boot, the Supermicro server showed a fairly consistent performance with a peak of 756,313 IOPS and 205µs for latency.

VDI LC Initial Login saw a peak of roughly 364K IOPS at a latency of 161µs.

Supermicro has released yet another compact server with support for the latest generation of AMD EPYC CPUs in the Supermicro 1124US-TNRP. There is a lot to like here. The sever is only 1U but it can house two third-generation AMD EPYC 7003 processors and up to 8TB of RAM through the 32 DIMM slots. There are three PCIe Gen4 x16 expansion slots in the back and two onboard 10GbE ports. Where the 1024UT fell short was the fact you could only add four NVMe drives. Here the 1124US allows users to add up to twelve. AI, ML and other compute-dense applications will do very well with this box.

These were followed by our VDI clone tests Full and Linked. In Full Clone, we saw a boot peak of 980K IOPS, Initial Logon of 240K IOPS, and Monday Login of 464K IOPS. With Linked Clone we saw peaks of 756K IOPS for boot, 364K IOPS for Initial Login, and 493K IOPS for Monday Login. While the server had lots of impressive numbers in VDBench it did creep above 1ms more than once. It had higher latency in the 4K tests and the VDI FC boot.

The Supermicro 1124US-TNRP is another powerful server packed into a small footprint. If you are looking for a dense server that can really knock the performance out of the park, and have plenty of NVMe storage, the 1124US is your go-to pick.