Over a year ago, we got in the Orico Portable Power Station along with a solar panel to power the portable station. Just recently, we got our hands on the big brother to the one we reviewed a year ago. The Orico A500-2A4U is a 500 Watt portable power station capable of powering a wide variety of devices and is designed for anyone ranging from remote workers on the go to the weekend camper looking to get some work in.

Over a year ago, we got in the Orico Portable Power Station along with a solar panel to power the portable station. Just recently, we got our hands on the big brother to the one we reviewed a year ago. The PA500-2A4U is a 500 Watt portable power station capable of powering a wide variety of devices and is designed for anyone ranging from remote workers on the go to the weekend camper looking to get some work in.

In this review, we look at the capabilities of a 500W and how this just might be the portable power station for any road warrior. 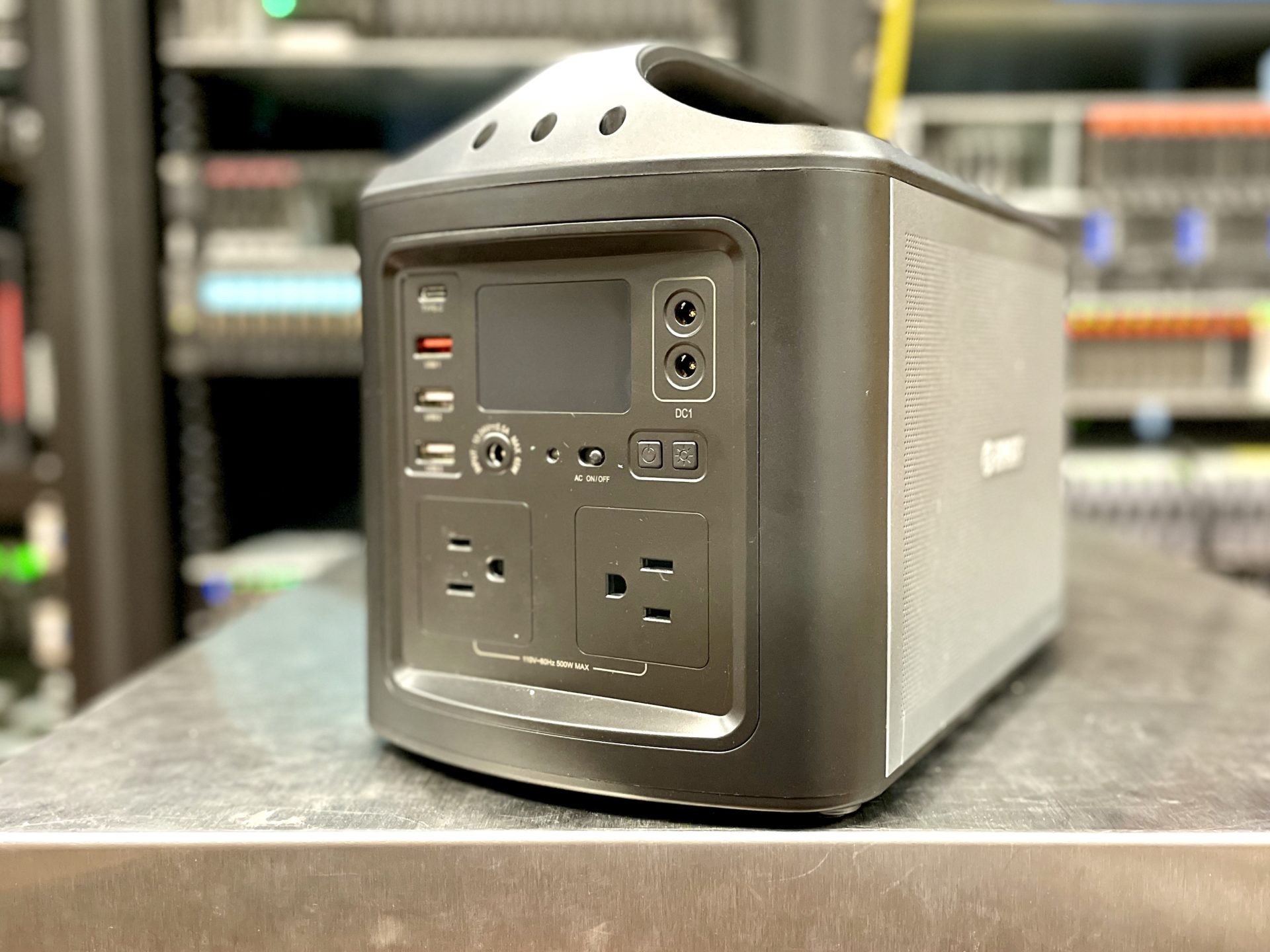 As we have talked about before, Orico is a reputable brand name with a wide range of devices for the on-the-go professional, such as docking stations, SSD enclosures, and storage accessories. Since it has been over a year since our last portable power station, it is important to reiterate that more and more devices need to have some type of constant power source.

What makes the 500W power station so versatile is that it has 2 DC power outlets as well as 3 USB Type-A’s and a USB Type-C. It even includes a mini LCD screen to show the internal battery voltage, remaining charge level and outgoing power load. This screen is a nice step up from the smaller unit we reviewed prior that only indicated the current charge percentage.

The latest power station is available at Amazon for about $420, before a current $60 off coupon.

The Orico portable power station 500W is great for those looking to have a mobile workstation and not worry about power consumption being a problem. Orico has designed this product for those that are constantly on the go, people working in the field, or those that work from home and need another type of power source.

Users can fully expect the Orico 500W station to power all their devices for any amount of time needed, and with the solar panel that is sold separately, Orico opens up many options for charging the power station on the go. Users can opt for the supplied AC adapter to charge from an outlet, the car adapter to charge on the road, or even the solar panel to get the juice back in when there are no other means available. 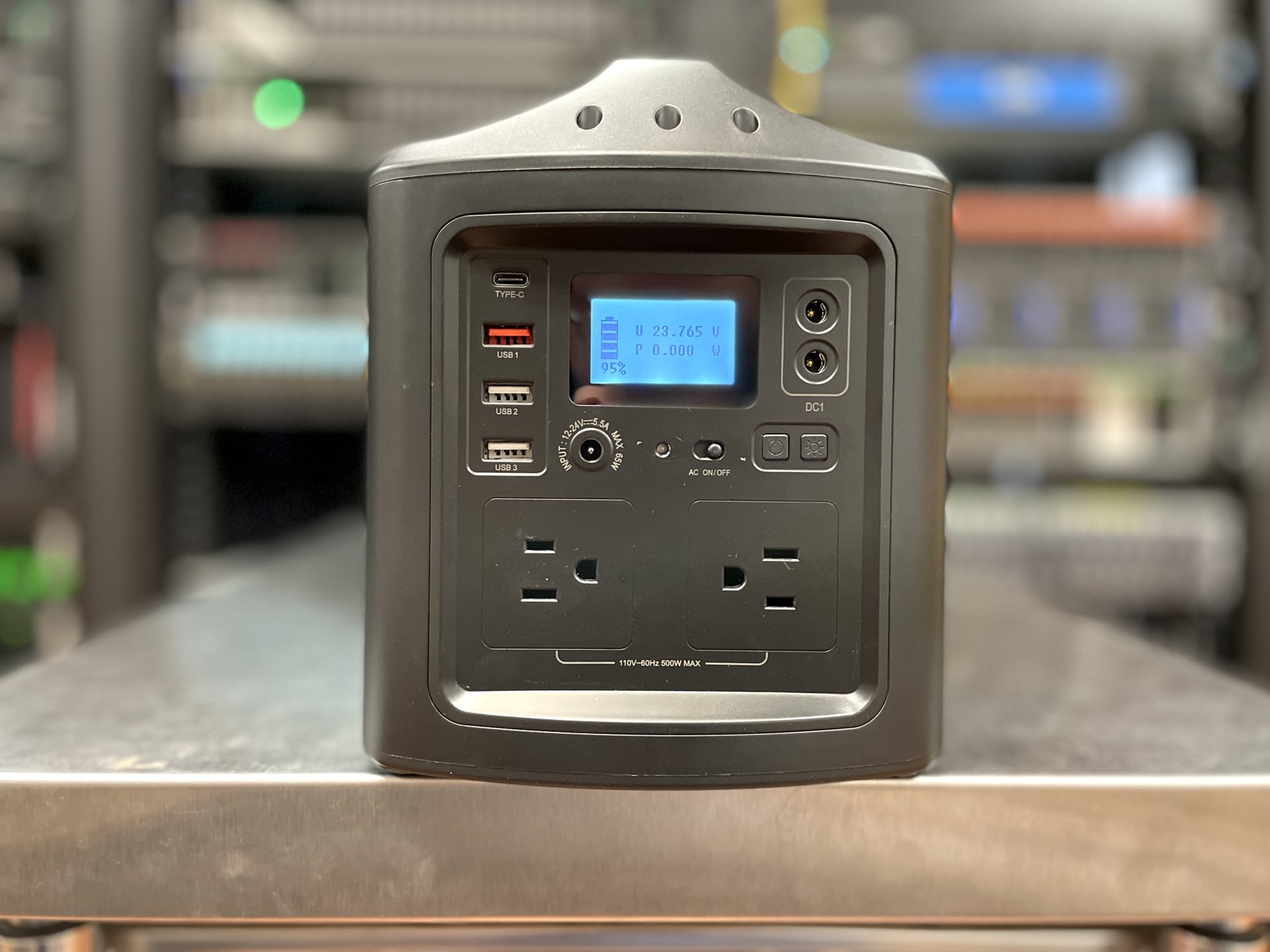 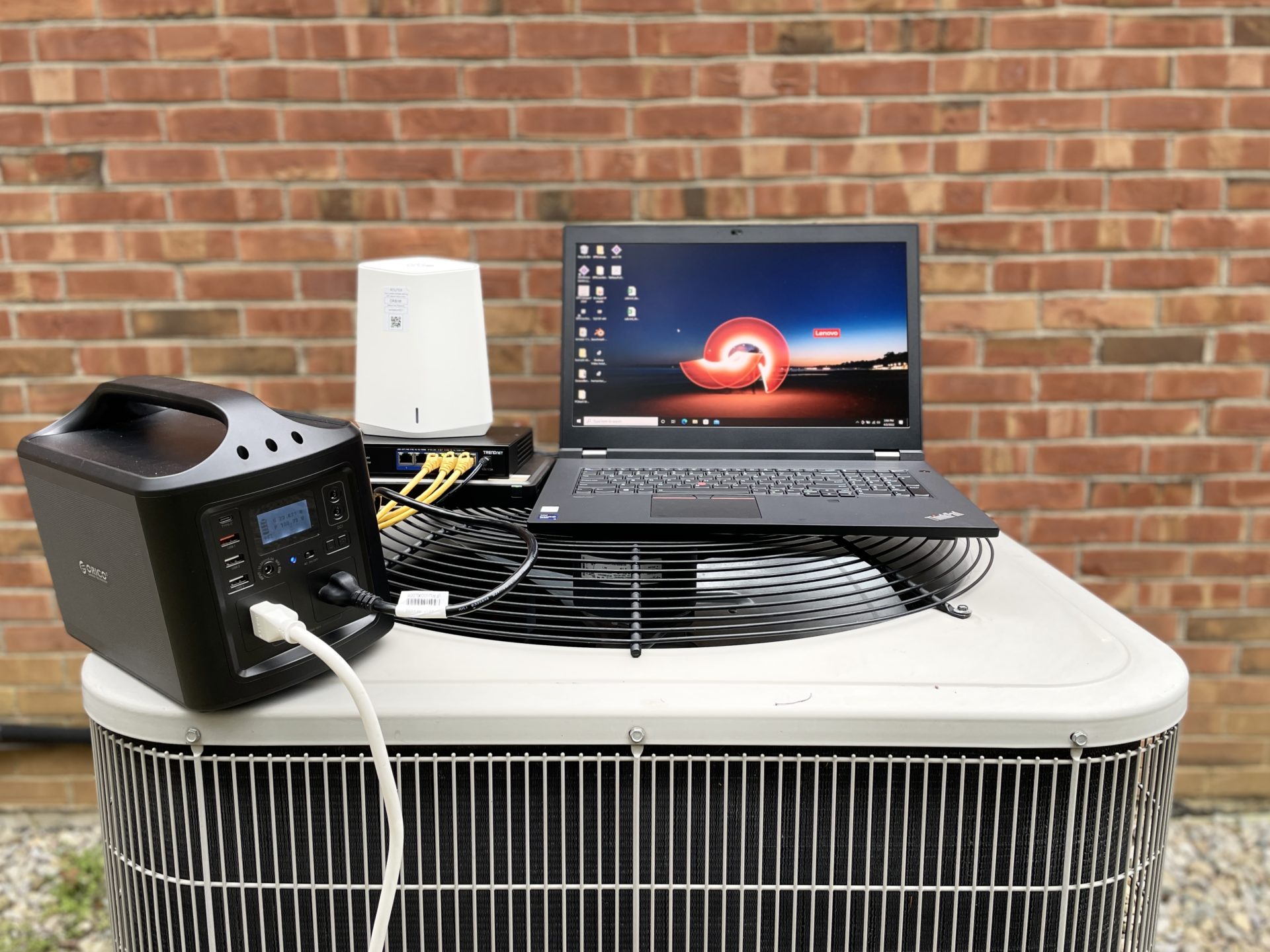 Since this portable power station isn’t our usual fare, our focus was to see how various lab and home gear operated through the PA500-2A4U. One of our first tests was connecting our Eaton 5PX UPS to the output side of the power station. This wasn’t to see if the inverter could keep up, but how clean the “pure sine wave” output was since the Eaton 5PX UPS is highly sensitive to incoming line power and will immediately cut off from bad power. To our surprise, the Eaton UPS was just fine with the incoming AC voltage out of the Orico 500W PA500-2A4U power station, even on its highest sensitivity setting.

Our next battery of tests focused on how the inverter handled over-current situations, connecting it to a refrigerator. Motor starting current is substantial, and when it tried to spin up the inverter beeped and cut off AC voltage to the two 110V plugs on the front and emitted a little beep. Turning off the power station and switching it back on again was all that was needed to get it back into operation.

Next, our focus was to see how the unit operated through more normal usage within the design scope of the inverter specifications. Being rated for 500W with 650W peak load, we kept adding load onto it until it hit the limit. At its peak, we had two Xbox Series S game consoles, two TVs (32″ and a 55″) as well as a 32″ monitor. This put it just shy of 300W and worked for quite a while until the Xbox power draw spiked and put it over the 650W threshold.

During this process the internal fan didn’t turn on, meaning for most smaller loads you will get fully silent operation from the unit. To bring it closer to its rated load rating for an extended period, we used a small heater. With a load closer to 400W continuous the fans eventually both turned on and were able to shed quite a bit of heat. For those curious about the power cost of those fans, with the inverter switched off but the power station still on, the LCD was indicating around a 5W load from the cooling operation. 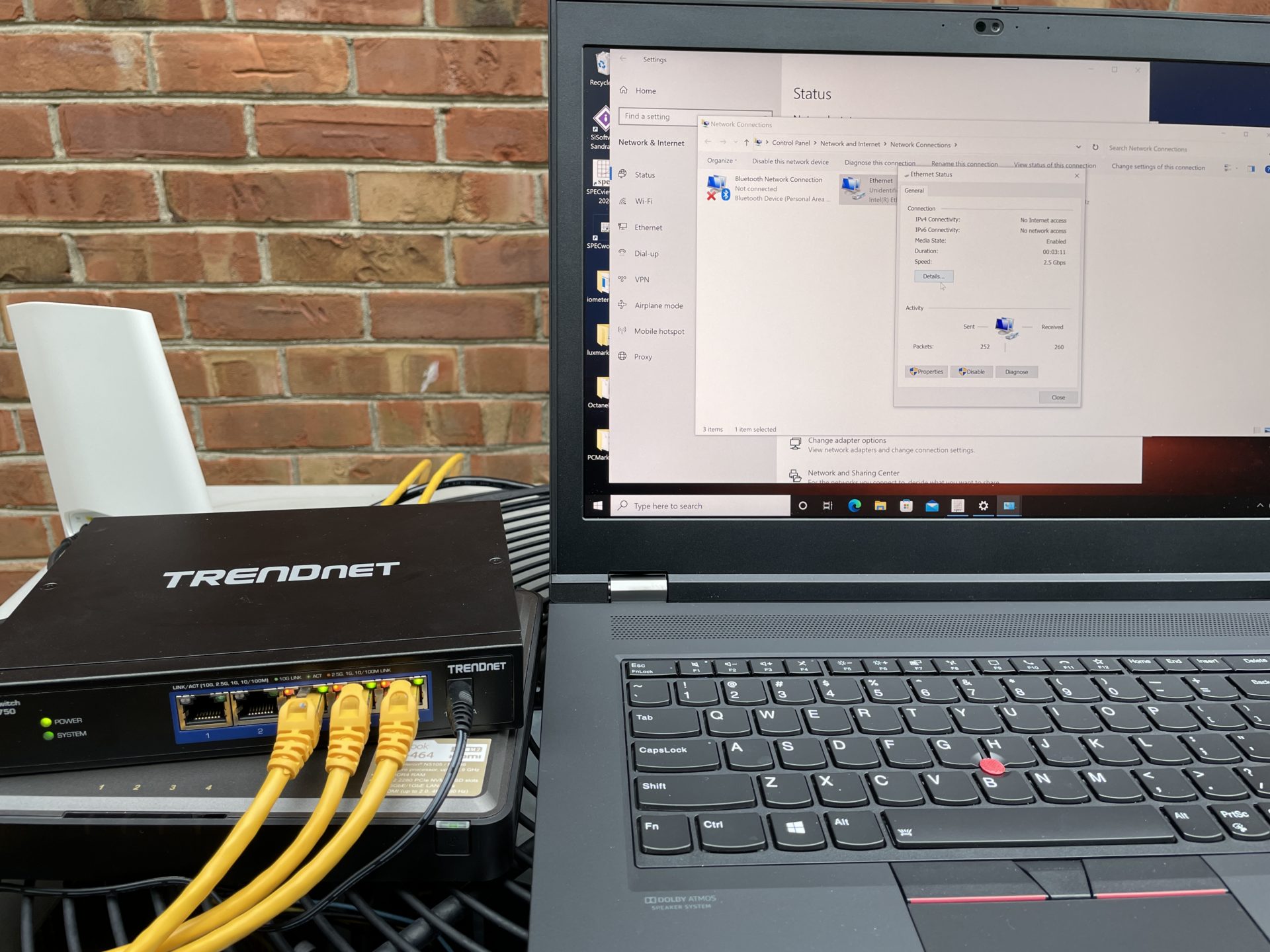 To see how the Orico power station handled itself with a field deployment of IT equipment, we focused on a power user scenario where one would need multiple computers accessing a shared storage device. Direct-attached storage such as portable NVMe SSDs are great for single users but don’t always work for multi-user collaboration. High-speed wired networking, or even bringing up a mobile wireless hotspot to connect to a NAS open up a lot of possibilities. 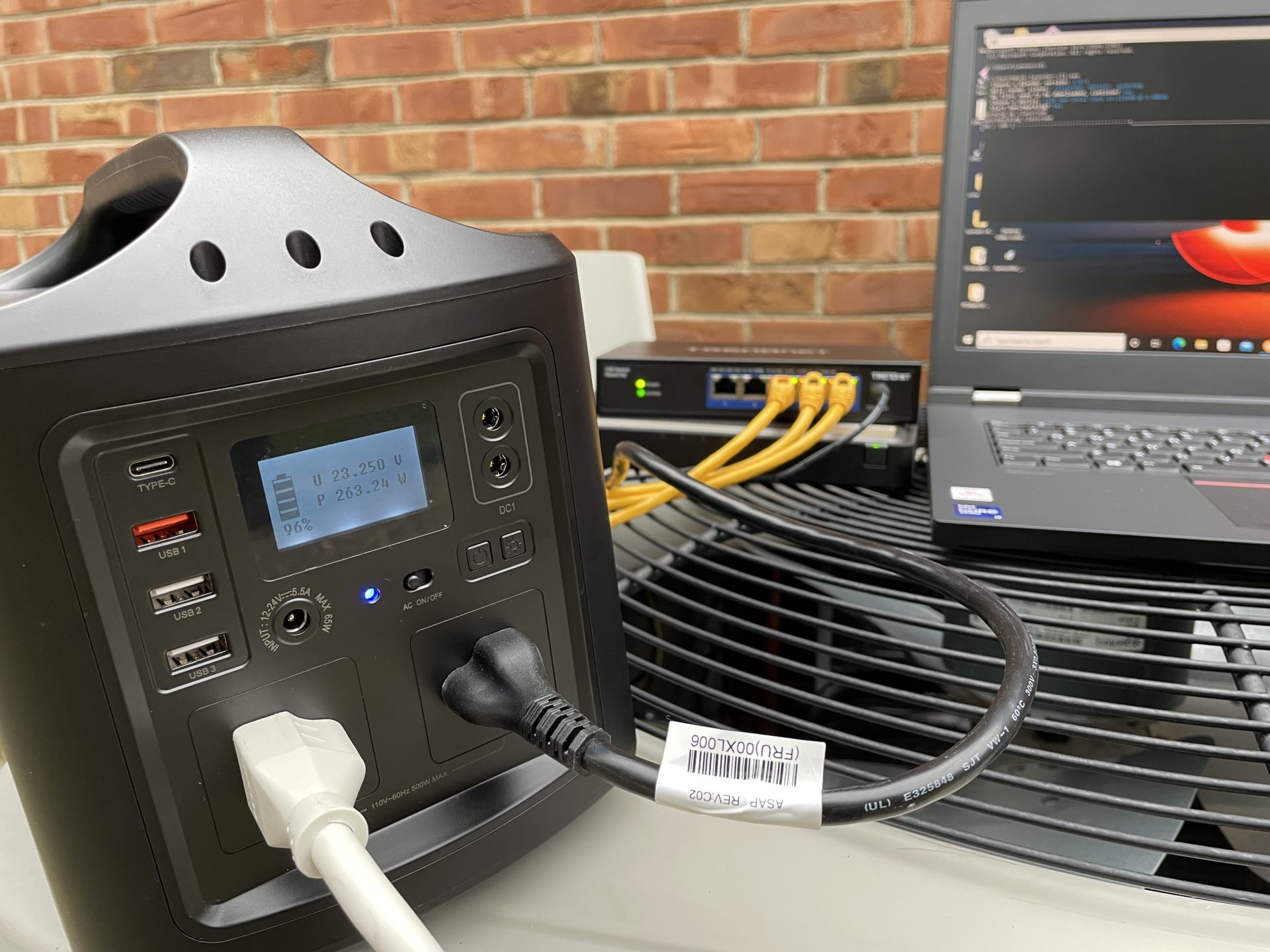 To that end, we used a QNAP M.2 SSD NAS, a 5-port 2.5G Trendnet switch, as well as a Netgear Orbi Wifi router for our portable setup. Now while you could hook up a notebook to also charge as needed, our focus was on seeing how the power station handled our kit. With the notebook powered on battery, the IT hardware consumed around 36-watts of power, whereas once the notebook was plugged in it jumped to 100 to 213 watts.

Load is highly variable towards what you plan on using, so plan accordingly. Orico says that with an 85% conversion rate, you can calculate runtime as working time (estimation) = 561 wh* 0.85 / operating power of the device. So taking a 100W load you will have around 4.77 hours of runtime, or if you are at a 300W load you will see around 1.59 hours of runtime.

Overall, the Orico 500W Power Station is a solid buy for users that are looking to have a ton of power on the go. With a 500W max, the power station is able to power anything and everything, from a mobile phone to a light bulb, to multiple TVs and anything in between. Users even have the ability to charge the power station in a variety of ways, making for versatile deployment opportunities if needed. This power station can even be a great option for a power user in the field, bringing various computers, networking and storage gear online.