The Sabrent Rocket 4 Plus 8TB is the latest drive in Sabrent’s broad portfolio of NVMe Gen4 PCIe M.2 SSDs. This family of drives is based on the Phison PS5018-E18 controller, TLC NAND and features 500GB, 1TB, 2TB, and 4TB models as well.

The Sabrent Rocket 4 Plus 8TB is the latest drive in Sabrent’s broad portfolio of NVMe Gen4 PCIe M.2 SSDs. This family of drives is based on the Phison PS5018-E18 controller, TLC NAND and features 500GB, 1TB, 2TB, and 4TB models as well.

It should be noted that the 8TB capacity does not use Micron B47R NAND as the rest of the line does. Due to size constraints for the PCB, Sabrent switched to Kioxia BiCS5 NAND.

While there is not a lot of new ground with this new capacity point, it is much larger than what other current TLC SSD lines offer, which most often only feature a maximum of 2TB and top out at 4TB. The 8TB Rocket 4 Plus is also faster than Sabrent’s QLC equivalent and only costs $100 more. 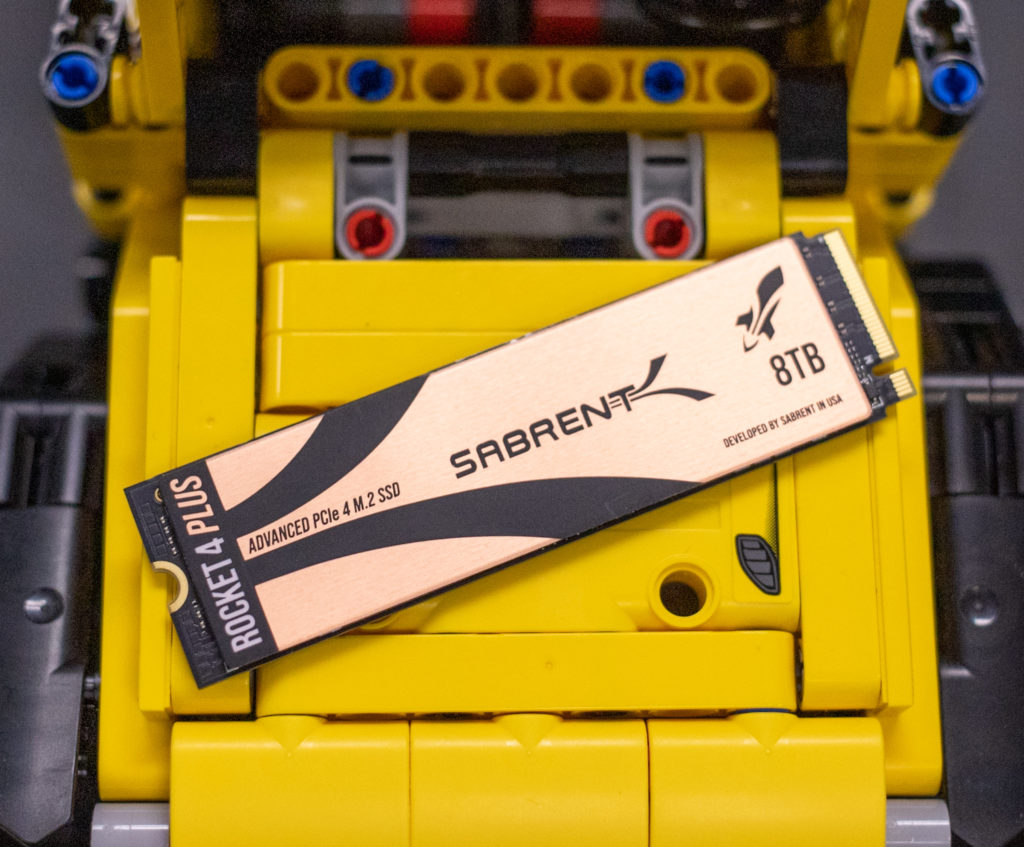 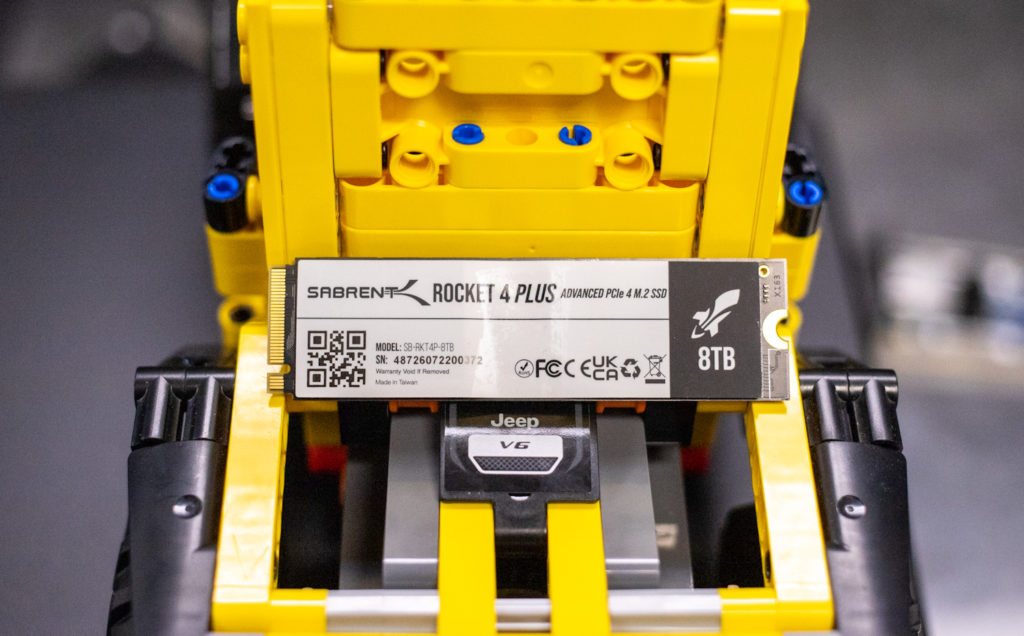 Unfortunately, because the PlayStation 5 only supports up to 4TB drives, this really doesn’t make it a viable choice for console gamers looking to add more storage to their next-gen systems.

Backed by a 5-year warranty (after registering the drive with Sabrent), the 8TB Rocket 4 Plus NVMe SSD goes for roughly $1,500.00.

We are reviewing the 4TB version of this drive and comparing it to the following PCIe Gen4x4 drives: 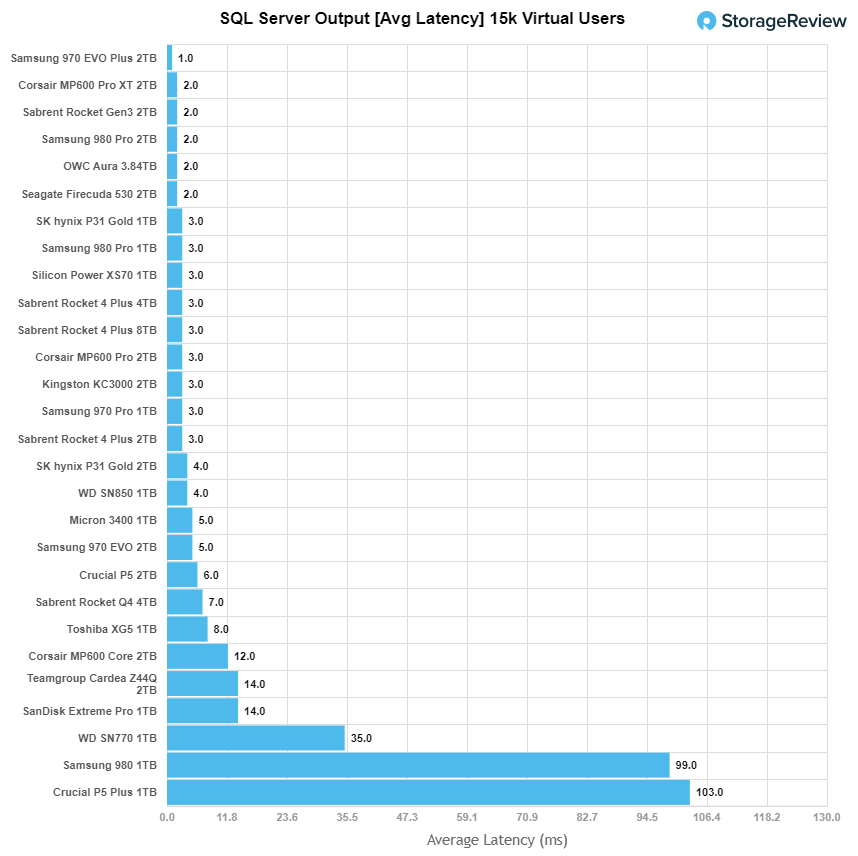 First up is 4k random read, where the 8TB Rocket 4 Plus showed 348K IOPS, which was well back of the 4TB version and the rest of the pack.

Random write 4k is next, where it again showed weak performance at the bottom of the leaderboard. Here, it hit just 164K IOPS write before taking a spike.

Now we’ll move on to our VDI full clone tests. In our boot profile, the 8TB Rocket 4 Plus came in at 72K IOPS at 476.8µs, well back of all the tested drives.

Looking at the VDI initial login chart, it is certainly difficult to analyze, as all drives posted uneven results. That said, the 8TB Rocket 4 Plus had a peak of 37K IOPS (804.8µs) before ending the test at 17K IOPS (1,711µs).

VDI Monday login also showed testing instability across the board. The 8TB Rocket 4 Plus took some pretty steep spikes throughout, topping out at 25K IOPS (624.4µs) before ending the test at 19K IOPS (859.6µs).

Overall, Sabrent’s new 8TB Rocket 4 Plus model is far less performant than the other main capacity points from the company’s line of consumer-grade Gen4 SSDs. There could be several reasons for this poor performance. The most likely is a combination that the Phison PS5018-E18 controller firmware has not been optimized for this amount of NAND and the BiCS5 part isn’t as high-performance as the Micron. 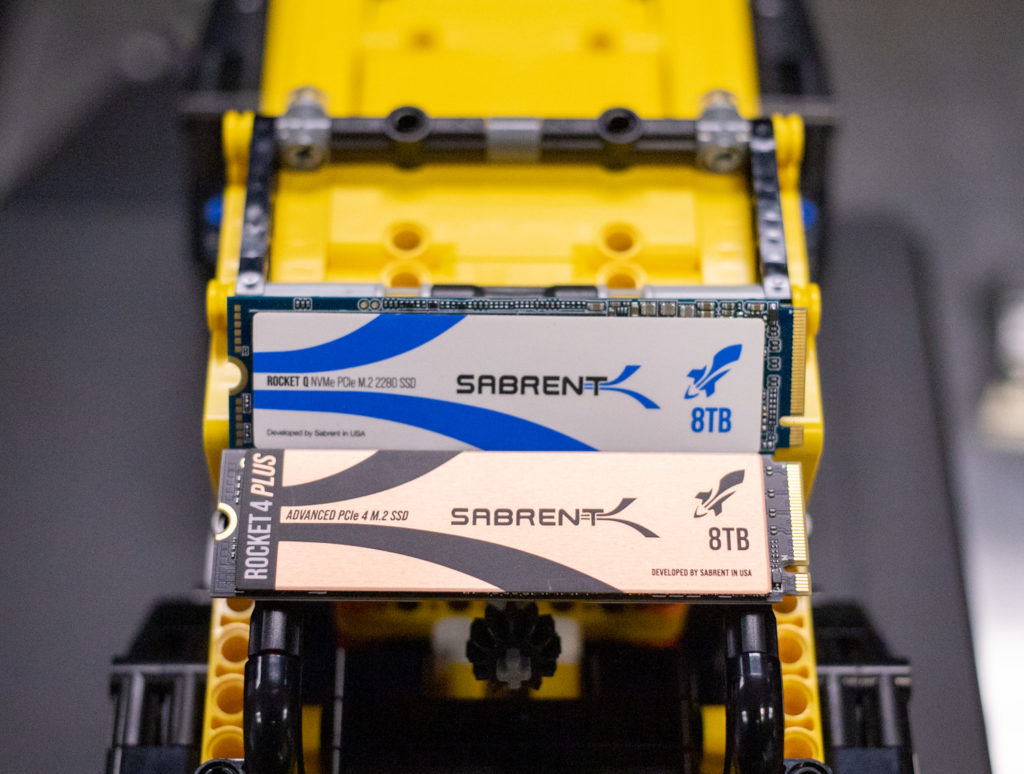 While the Rocket 4 Plus is a solid line of consumer SSDs in general, releasing the 8TB model didn’t really go well. Sabrent would have certainly set itself apart from the competition with a high-performance 8TB SSD, the execution was poor. So, is there any hope? Well, a price tag of $1,500 for a consumer-grade drive will curb most buyers. That said, those who are port constrained and need the space in their rig might find something of value here. For everyone else, you’re better off buying two of the 4TB SSDs.