Last year Samsung released its first PCIe Gen4 SSD for clients with the Samsung 980 Pro. We did a thorough review at the time. The 980 Pro dominated in the VDBench tests we put it through to be the top dog Gen4 against other newly released drives. The only problem was there was a limitation on how high the capacity went, 1TB. Now the company is selling a 2TB and we’ll be looking at that today.

Last year Samsung released its first PCIe Gen4 SSD for clients with the Samsung 980 Pro. We did a thorough review at the time. The 980 Pro dominated in the VDBench tests we put it through to be the top dog Gen4 against other newly released drives. The only problem was there was a limitation on how high the capacity went, 1TB. Now the company is selling a 2TB and we’ll be looking at that today. 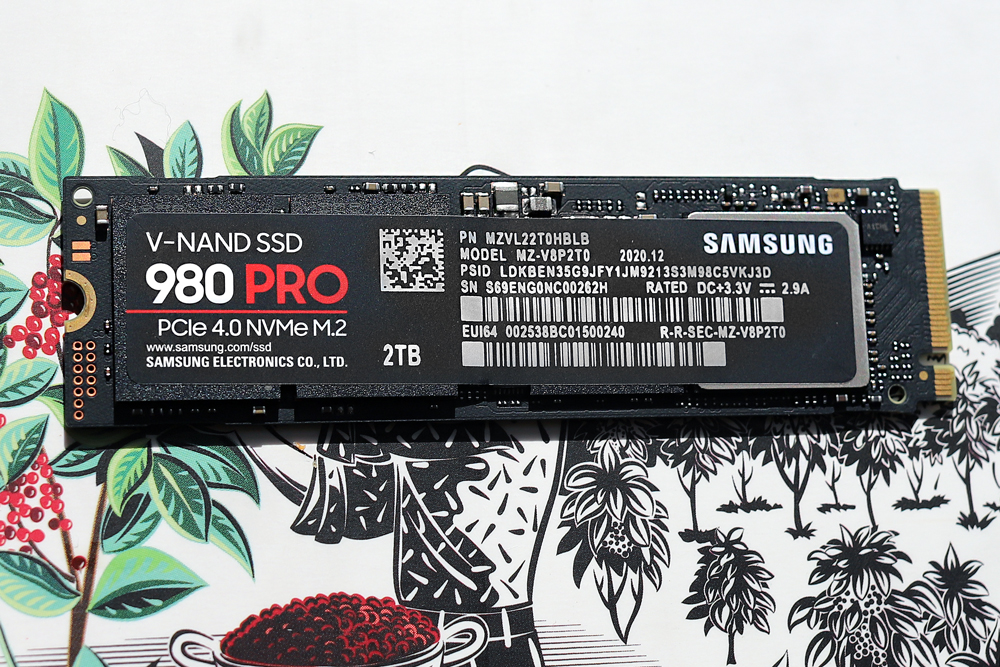 Since nothing is different here except capacity, we won’t go over the whole thing again, Lyle has a nice write up here. The gist of it is that it leverages the PCIe Gen4x4 interface allowing for speeds up to 7GB/s read, 5GB/s write, and random throughput up to 1 million IOPS. The drive leverages Samsung’s sixth-generation V-NAND, which Samsung states as having a 40% increase in cells over the previous 9x-layer single-stack structure. And the SSD utilizes the enhanced Intelligent TurboWrite 2.0 technology, which delivers upwards of 5 times the buffer size. 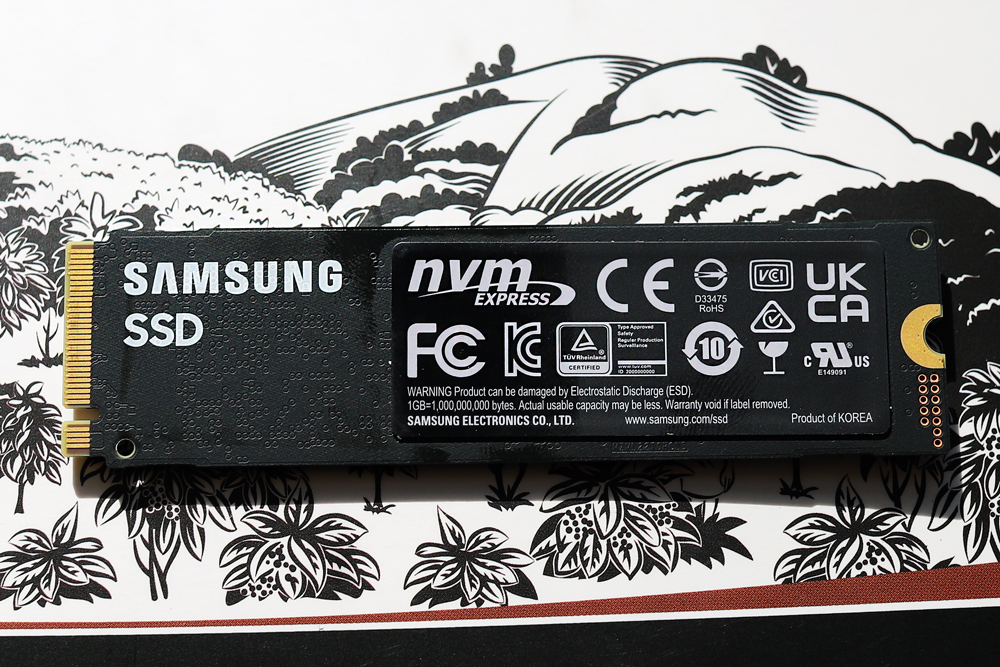 As we migrate into testing newer NVME Gen4 SSDs, it required a platform shift in our lab to support the newer interface. Lenovo has been out in the front of the pack with PCIe Gen4 support, including up to the front-mount U.2 bays, while others still only offer edge-card support. In our Gen4 reviews, we leverage the Lenovo ThinkSystem SR635 server, equipped with an AMD 7742 CPU and 512GB of 3200Mhz DDR4 memory. NVMe is tested natively through an M.2 to PCIe adapter card in the edge-card slot, while U.2 drives are loaded in the front. The methodology used better reflects end-user workflow with the consistency, scalability, and flexibility testing within a virtualized server offers. A large focus is put on drive latency across the entire load range of the drive, not just at the smallest QD1 (Queue-Depth 1) levels. We do this because many of the common consumer benchmarks don’t adequately capture end-user workload profiles.

For our SQL Server latency benchmark, the Samsung 980 Pro 2TB had an average latency of 2ms slightly better than the 1TB version. 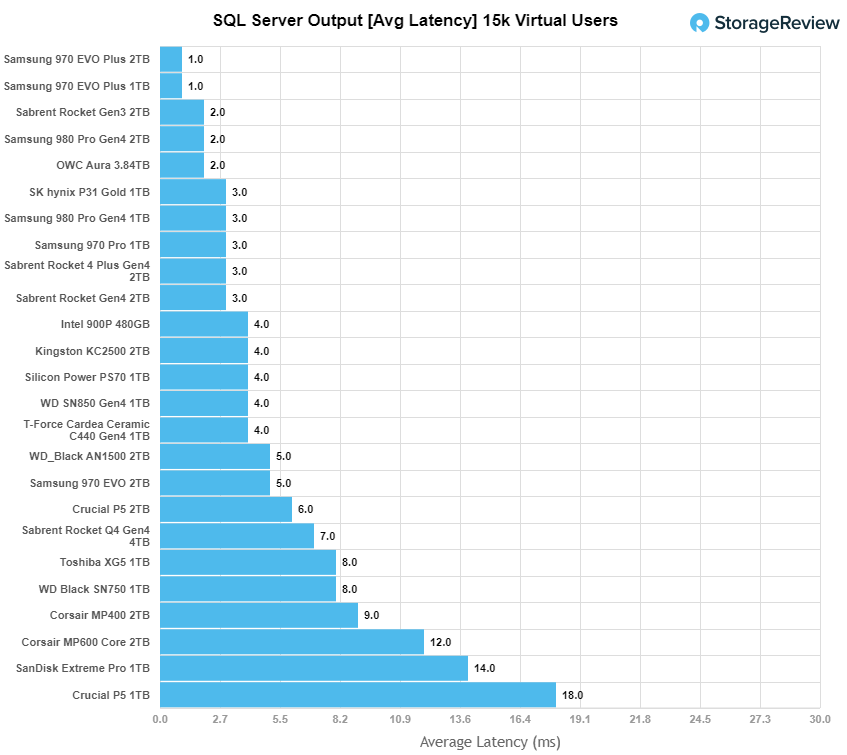 All of these tests leverage the common vdBench workload generator, with a scripting engine to automate and capture results over a large compute testing cluster. This allows us to repeat the same workloads across a wide range of storage devices, including flash arrays and individual storage devices. Our testing process for these benchmarks fills the entire drive surface with data, then partitions a drive section equal to 5% of the drive capacity to simulate how the drive might respond to application workloads.

This is different from full entropy tests which use 100% of the drive and take them into a steady state. As a result, these figures will reflect higher-sustained write speeds. Additionally, as VDBench operates with synchronous I/O in Linux versus asynchronous I/O, some of the performance data will differ between the data we collect and what is published in spec sheets. The important part to consumers though is that test data is comparable from the same test conditions, be it VDBench versus VDBench, IOMeter vs IOMeter, or FIO vs FIO.

Next, we looked at our VDI benchmarks, which are designed to tax the drives even further. In Boot, the Samsung 980 Pro 2TB took second behind its 1TB sister with a peak of 118,166 IOPS at a latency of 276µs.

For VDI Initial Login the placing was the same as the above with the 980 Pro 2TB peaking at about 61,500 with a latency of 327µs before dropping off some.

To further test the Samsung 980 Pro 2TB SSD, we ran the Blackmagic Disk Speed Test on the Lenovo ThinkStation P620. Here, the SSD hit 5.28GB/s read and 4.34GB/s write. Not hitting the quoted speeds, which is still normal for the new batch of Gen4 drives. For comparison, the Samsung 980 Pro 1TB hit 5.14GB/s read and 2.85GB/s write. The 2TB shows a significant boost in writes. The Samsung 980 Pro was the most impressive PCIe Gen4 SSD to hit the market and it now comes in capacities of 2TB. The drive leverages the company’s sixth-generation of VNAND and its latest Elpis controller to bring quoted speeds as high as 7GB/s read and over 1 million IOPS. The 2TB version brings all the benefits of the earlier version with twice the maximum capacity while still all fitting on a single side. 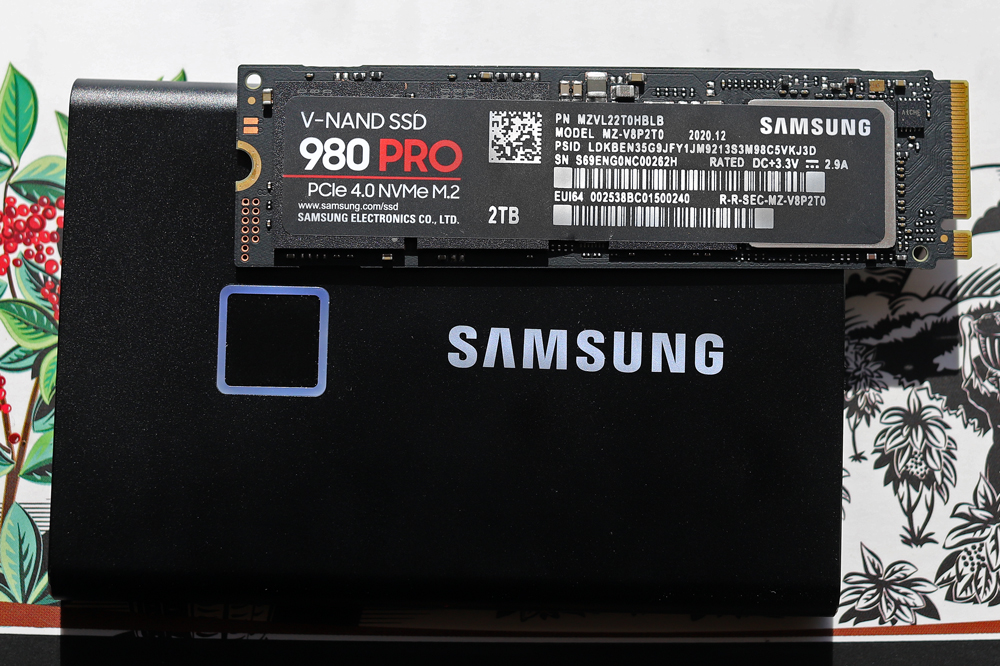 Samsung has another strong showing in the PCIe Gen4 market. The Samsung 980 Pro 2TB delivers top-line performance, twice the capacity of the previous SSD we looked at from them, and all for a reasonable price.