The Solidigm P41 Plus SSD is an entry-level consumer M.2. SSD that won’t break the bank. It is an inexpensive SSD for light tasks, addressing the need of most common computing workloads. This SSD family comes in sizes from 512GB to 2TB. We reviewed the 1TB version earlier this year. This time we’re taking a look at the larger 2TB capacity in this review.

The Solidigm P41 Plus SSD is an entry-level consumer M.2. SSD that won’t break the bank. It is an inexpensive SSD for light tasks, addressing the need of most common computing workloads. This SSD family comes in sizes from 512GB to 2TB. We reviewed the 1TB version earlier this year. This time we’re taking a look at the larger 2TB capacity in this review. 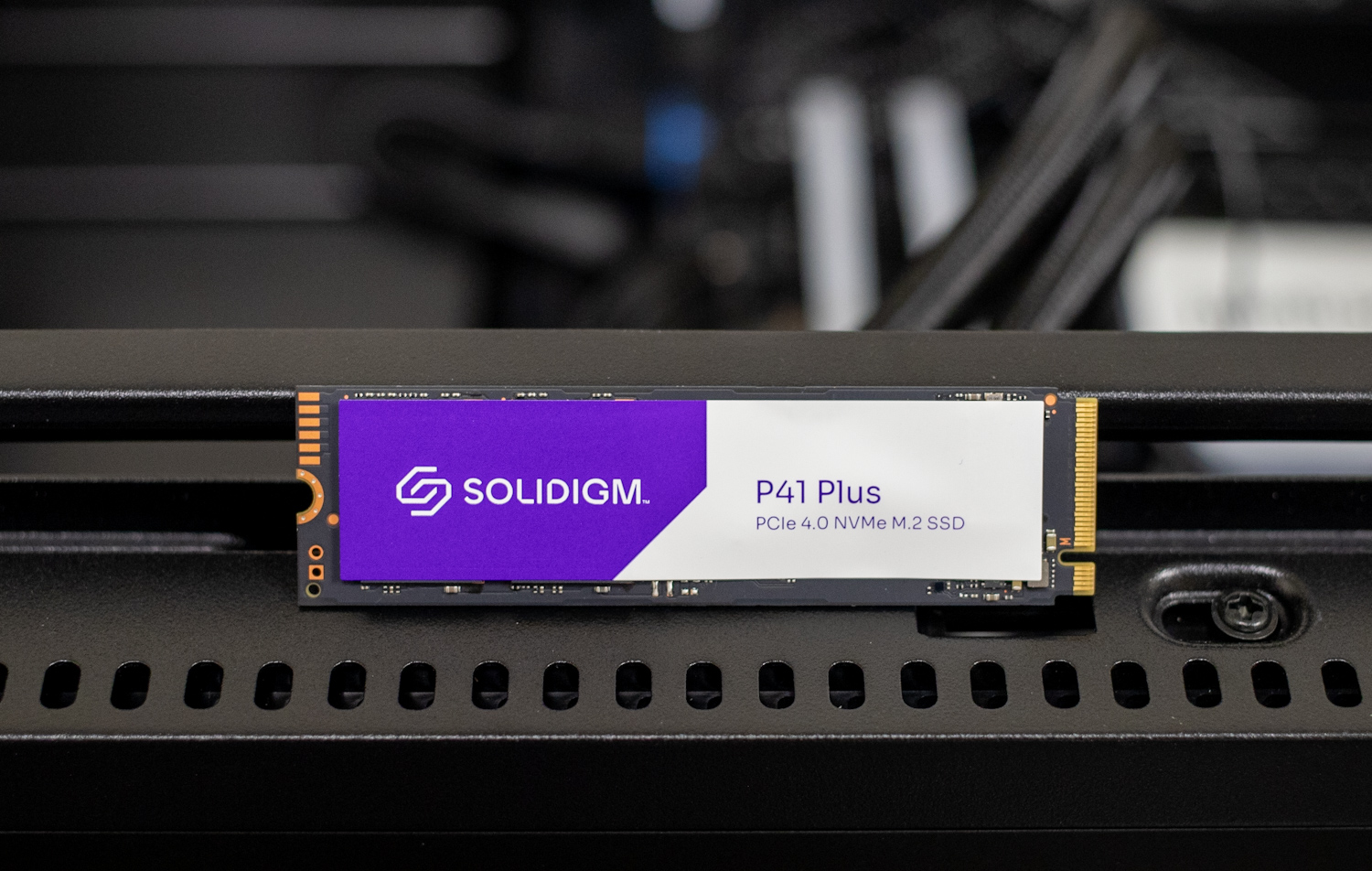 The P41 Plus has middle-of-the-road performance rates for an SSD. This is to be expected though, as the target is mainstream value customers. The drive sports a modest SiliconMotion SM2269XT controller with no DRAM cache.

According to the spec sheet, the sequential read on the P41 Plus 1TB and 2TB reaches up to 4,125 MB/s and the write reaches up to 3,325MB/s for the 2TB model. The 512GB P41 Plus reaches up to 3,500 MB/s read and 1,625MB/s write. This makes sense when you see how the drives are on the more wallet-friendly side of the market. It also has hardware encryption and end-to-end data protection. 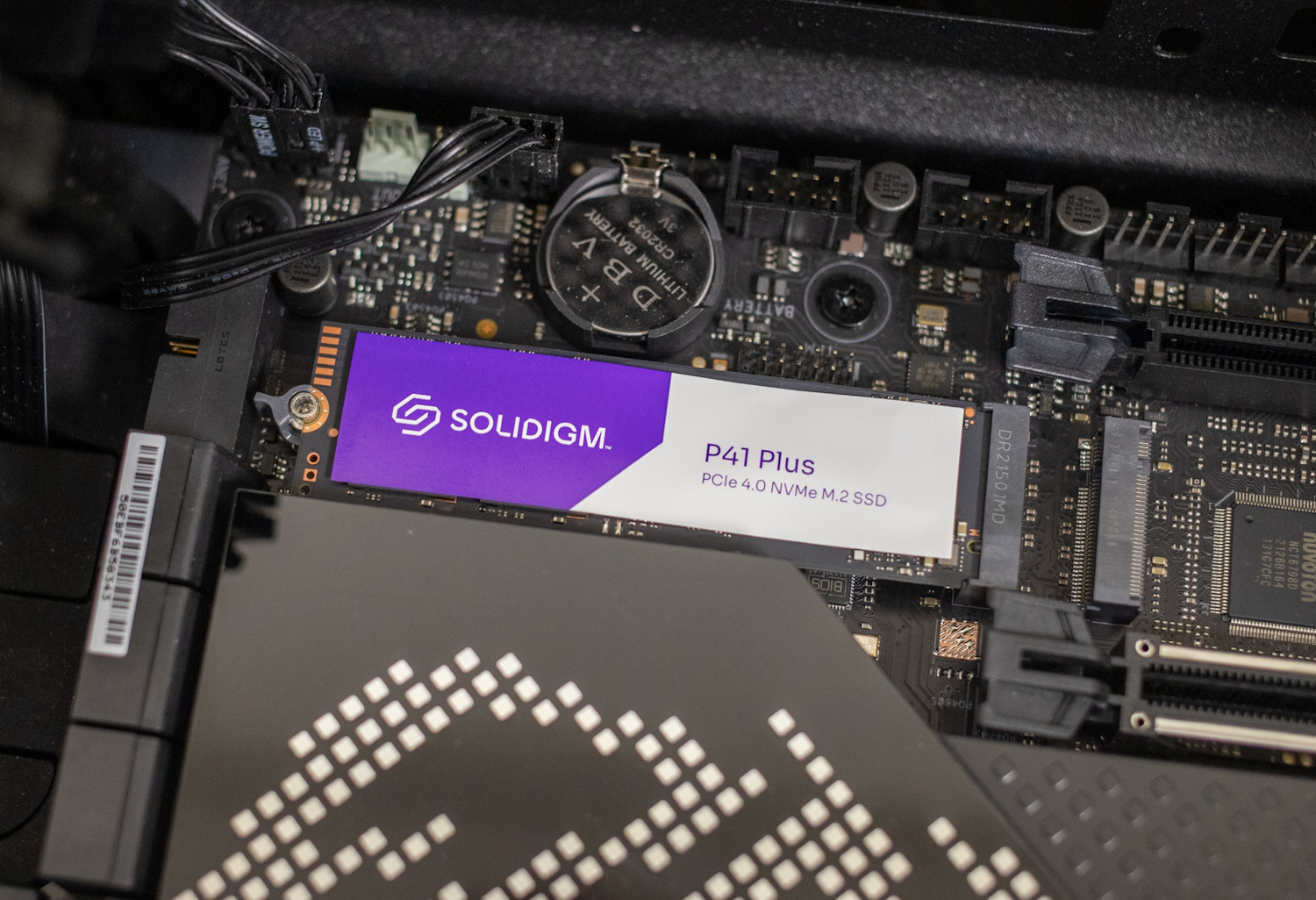 The Solidigm P41 Plus has a five-year warranty. The drives are very budget-friendly starting going for $153 for the 2TB model.

Solidigm SSDs come with a program called the Solidigm Storage Tool. This tool allows you to see the specifications of your SSD. The tool also has features allowing the user to update the firmware, run a diagnostic scan, secure erase the drive, boost performance through supported options, and handle host-managed cache. 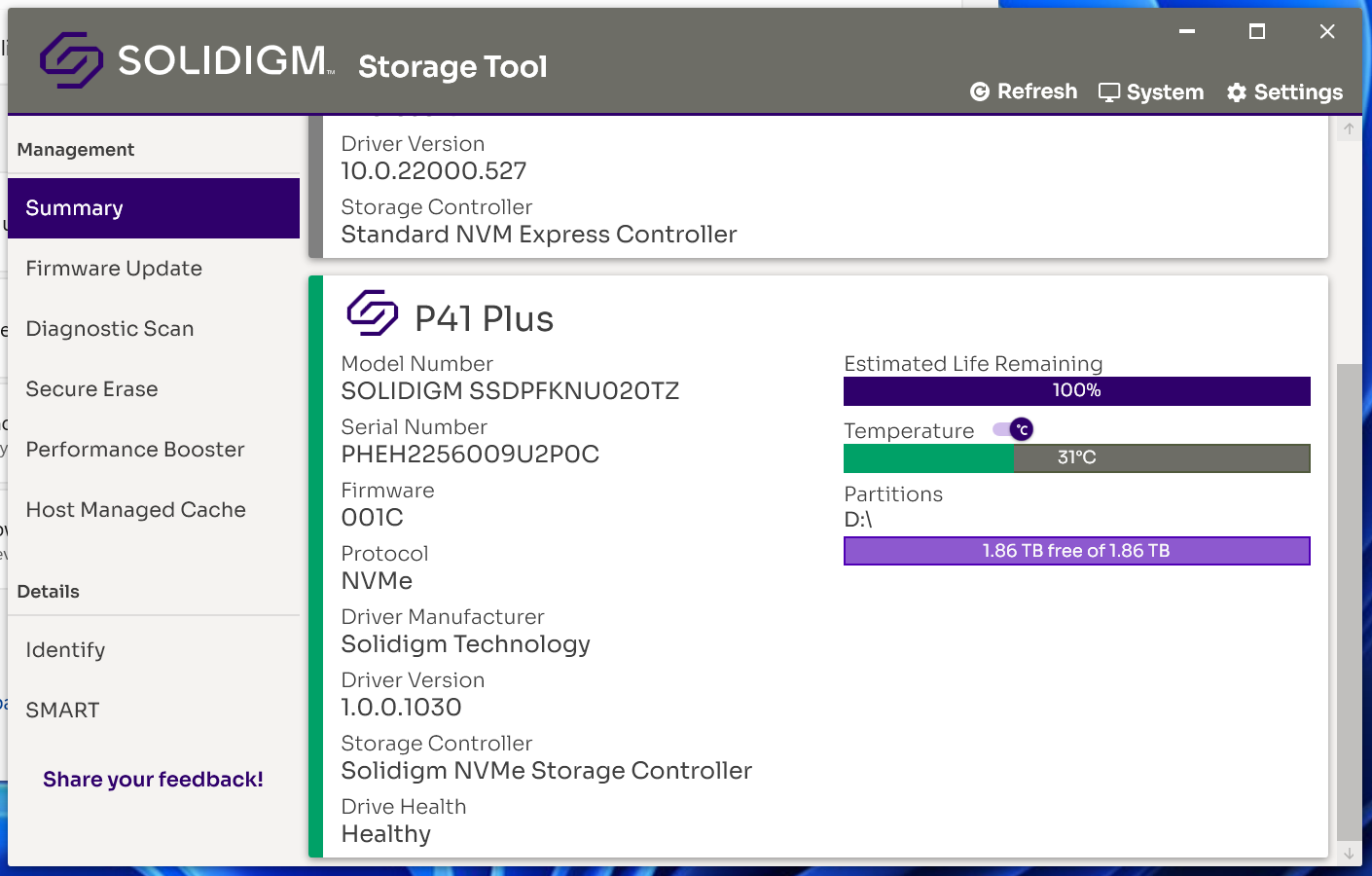 Solidigm has said that they will keep the software constantly updated to have the best performance on their SSD drives. The Storage tool has a very clean and easy-to-use interface. It provides information like model number, serial number, firmware, protocol, temperature, partitions, and drive life. The drive life is a very good feature as it will tell you when you might need to replace the drive. 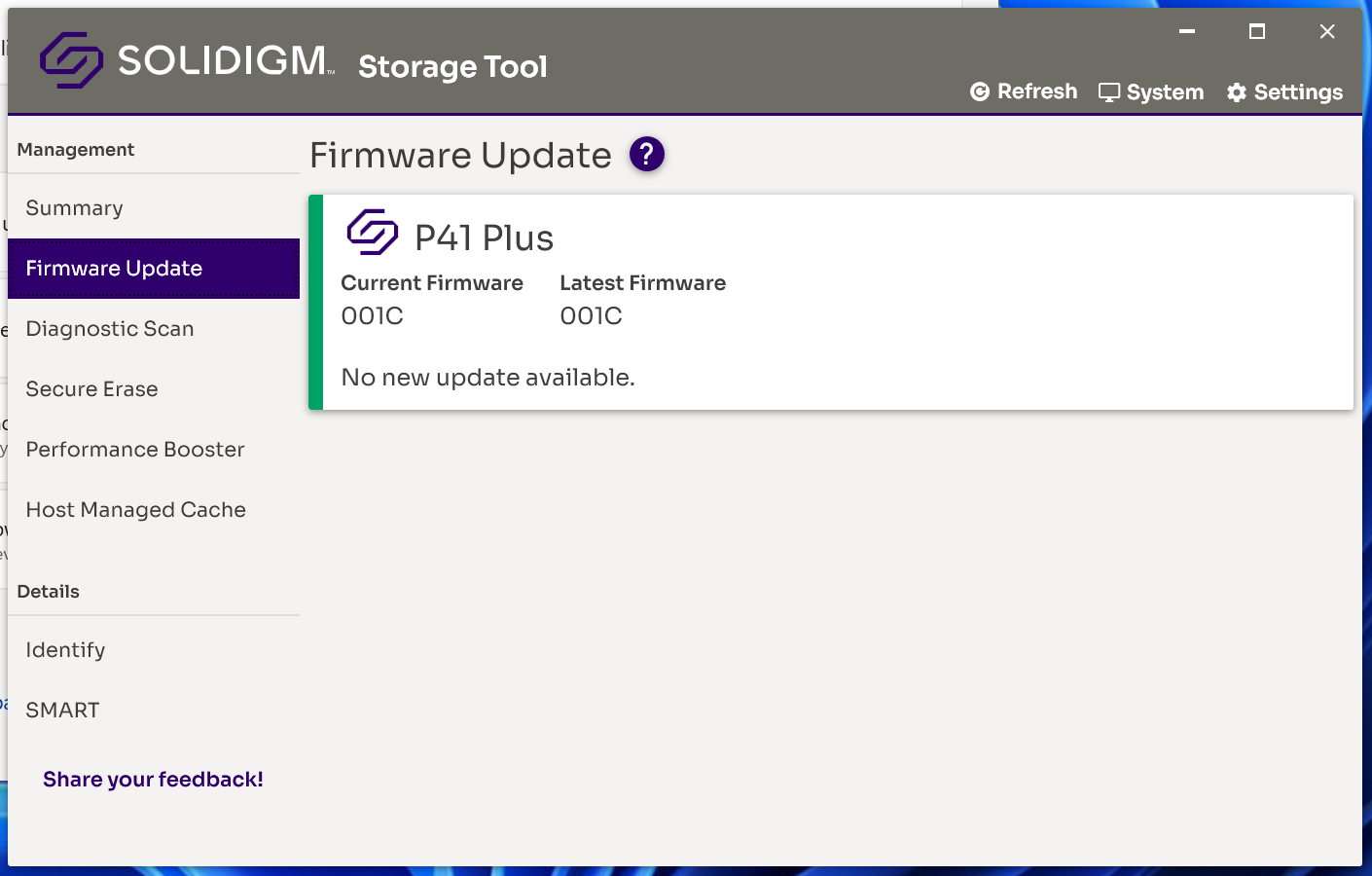 We are reviewing the 2TB version of the Solidigm P41 Plus drive and will be comparing it to the following NVMe QLC SSDs:

The 2TB P41 Plus seemed to have some of the highest latency out of all the storage devices in the tests. The only storage device that was slower in the SQL server test was the 1TB model. The 2TB Solidigm P41 Plus had a latency of 119 ms. So the larger drive was a huge step up from the 1TB model, but still towards the bottom of the pack. 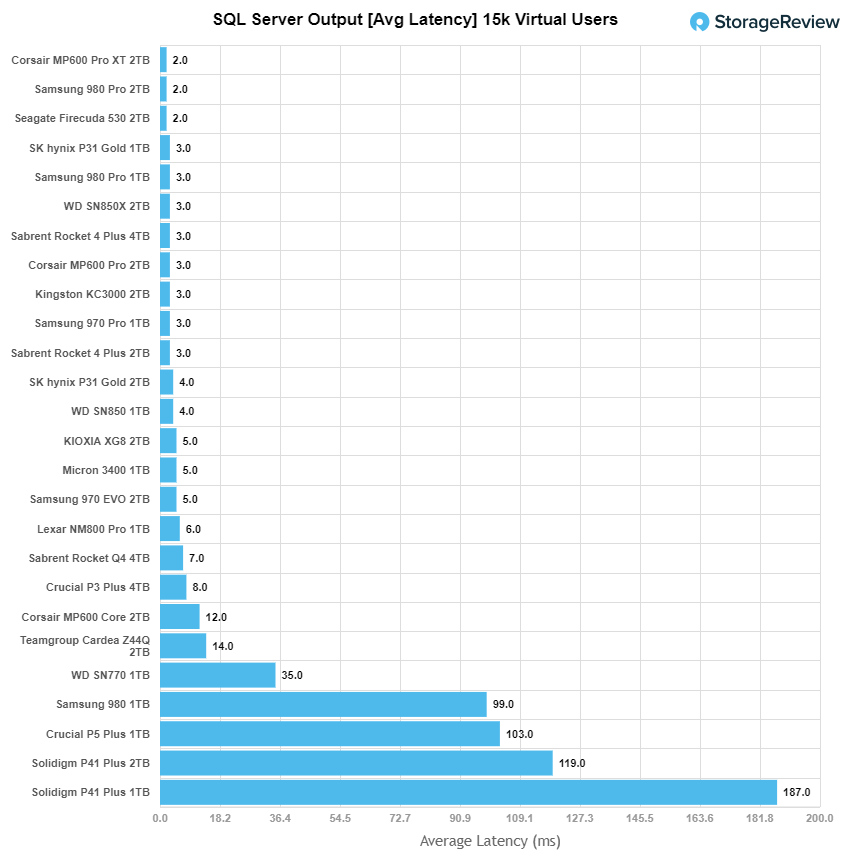 During the VDI Initial Login test the SSD measured 49,021 IOPS and a latency of 580 µs.

We measured performance inside a Windows 11 environment on our consumer test platform. Read speeds measured came in under the 4,125MB/s listed on the spec sheet, although write speeds were closer. Host-managed cache didn’t really change this benchmark much, although with it off the P41 Plus slightly edged out the figure with it enabled. 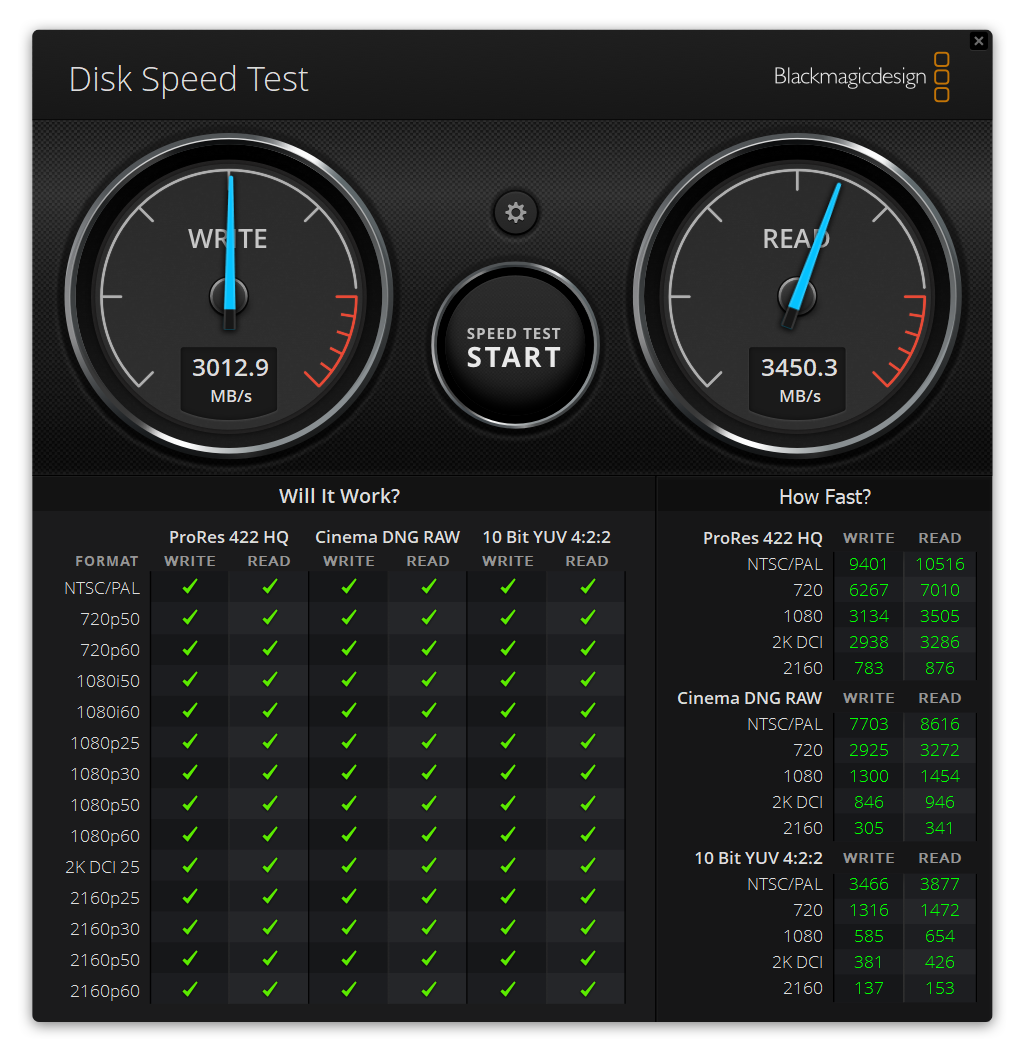 Disabling the cache seemingly yielded better results for the Solidigm P41 Plus 2TB. The write speed was 3080.1 MB/s and the read speed was 3520.3 MB/s. 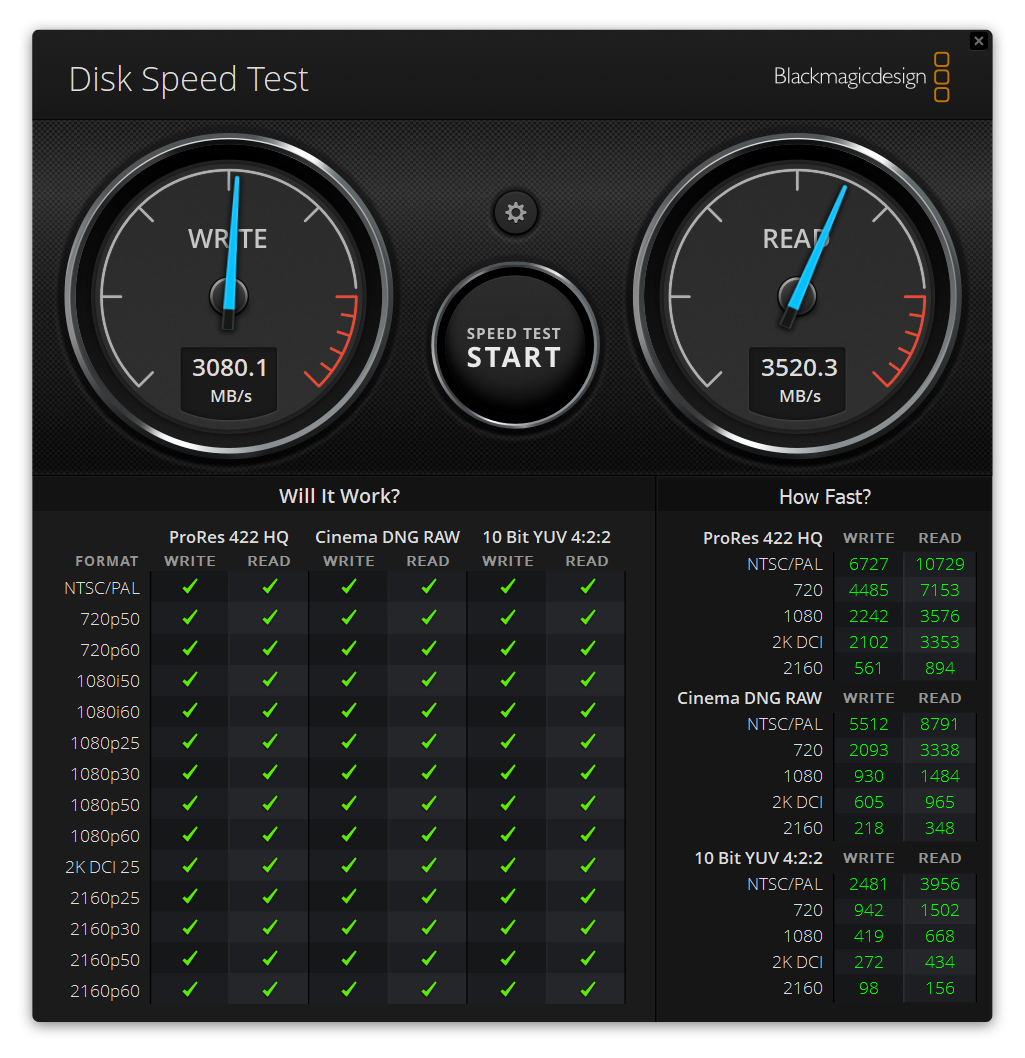 The 2TB Solidigm P41 Plus is not going to win any awards for its performance. The 2TB is slower than other SSDs on the market because of its architecture. It often scored below average or middle of the road on tests. It posted 374,808 IOPS in random read 4k, 483,964 IOPS during random write 4k, and measured 3,396 MB/s in the sequential write.

Latency was the main drawback of the 2TB P41 Plus when it started trying to punch above its weight class. When it was tested on the SQL benchmark, it scored almost at the bottom, only beating the 1TB model P41 Plus. During the VDI benchmarks, it showed similar latency issues.

That said, the drive is purely a budget play, and it delivers 2TB of flash for about $150.  For those with pedestrian workloads, the 2TB Solidigm P41 Plus is a bargain and is worth it as a boot drive on systems that won’t see much past email and web browsing, or in scenarios where the user has a faster drive for applications and games.