The WD BLACK SN850X is the company’s release from the consumer gaming NVMe SSD line and the direct successor to the very impressive SN850 from 2020. The SN850X features increased performance, more “tuning” features via the new bundled Game Mode 2.0 software, and is equipped with a newer 20-82-20035-B1 controller.

The WD BLACK SN850X is the company’s release from the consumer gaming NVMe SSD line and the direct successor to the very impressive SN850 from 2020. The SN850X features increased performance, more “tuning” features via the new bundled Game Mode 2.0 software, and is equipped with a newer 20-82-20035-B1 controller. 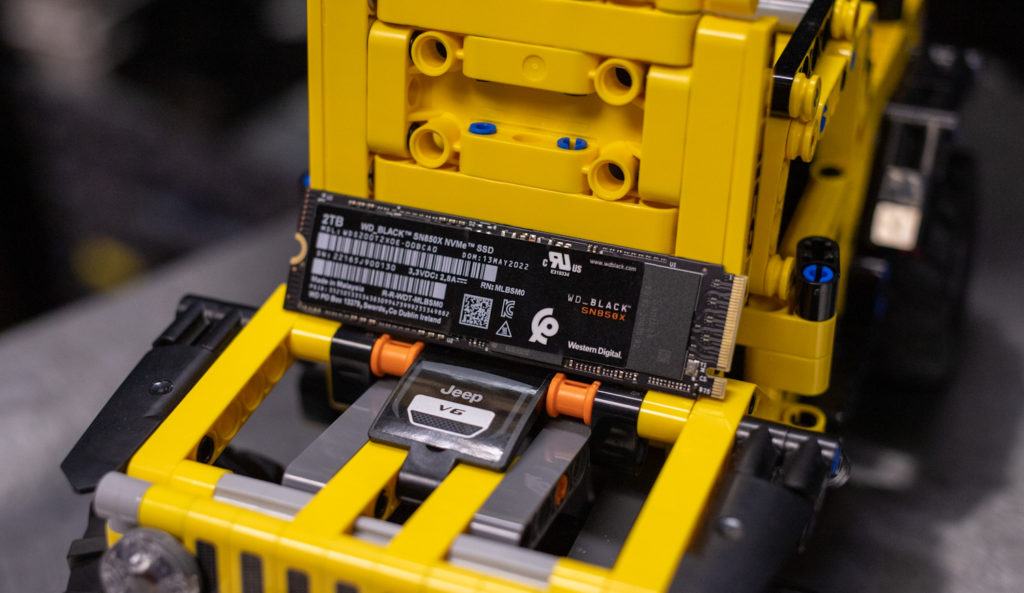 This is a fairly noticeable increase compared to the 2020 SN850 model’s 7GB/s read and 5.3GB/s write in sequential and 1 million IOPS in 4K random performance. The SN850 also only offers up to 2TB in capacity, so the 4TB model is a nice addition to match the ever-growing game installation sizes.

WD’s new Game Mode 2.0 offers PC performance-boosting features via its management software to help improve in-game loading speeds. Using the bundled software, this can be set to auto, on, or off. When “auto” mode is turned on, your system will detect game launches and will turn gaming features on. It will then turn Game Mode 2.0 off once you exit the game. Users can improve the auto-launch detection by telling it to monitor specific folders. 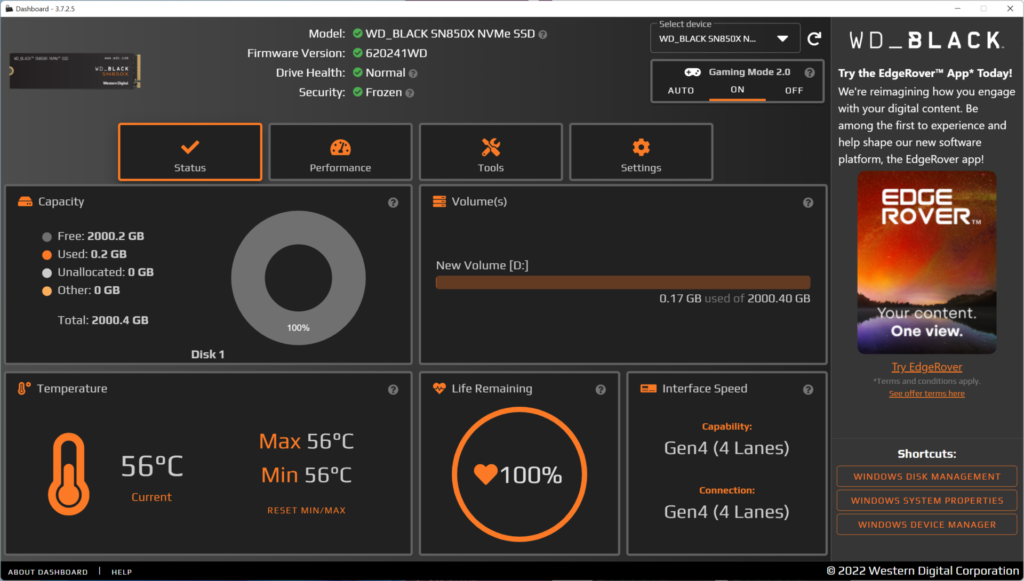 Game Mode 2.0 also features an advanced “read look ahead” algorithm, which predicts and pre-emptively caches what is next in the game. WD indicates that this is done by allowing the SN850X’s controller to detect incoming low queue depth, sequential workloads, claiming that it will help speed up in-game loading of scenes, levels and other areas.

While SSD tuning software such as this often doesn’t show any noticeable real-world gains, it does allow users to perform firmware upgrades via the application (among other things), which is more functionality than many other companies provide. You can also see (at a glance) the drive’s overall health, interface speed, temperatures and capacity information. Overall the software is nice to have but won’t deliver “felt” performance to the end user.

The WD BLACK SN850X features a black, single-sided design with white and orange text–a look and feel in line with its predecessor. The front side features the company branding, product name, capacity (at the top left) and all the supplemental information you need.

Under the sticker, you can see the DRAM and two NAND packs on the black PCB. 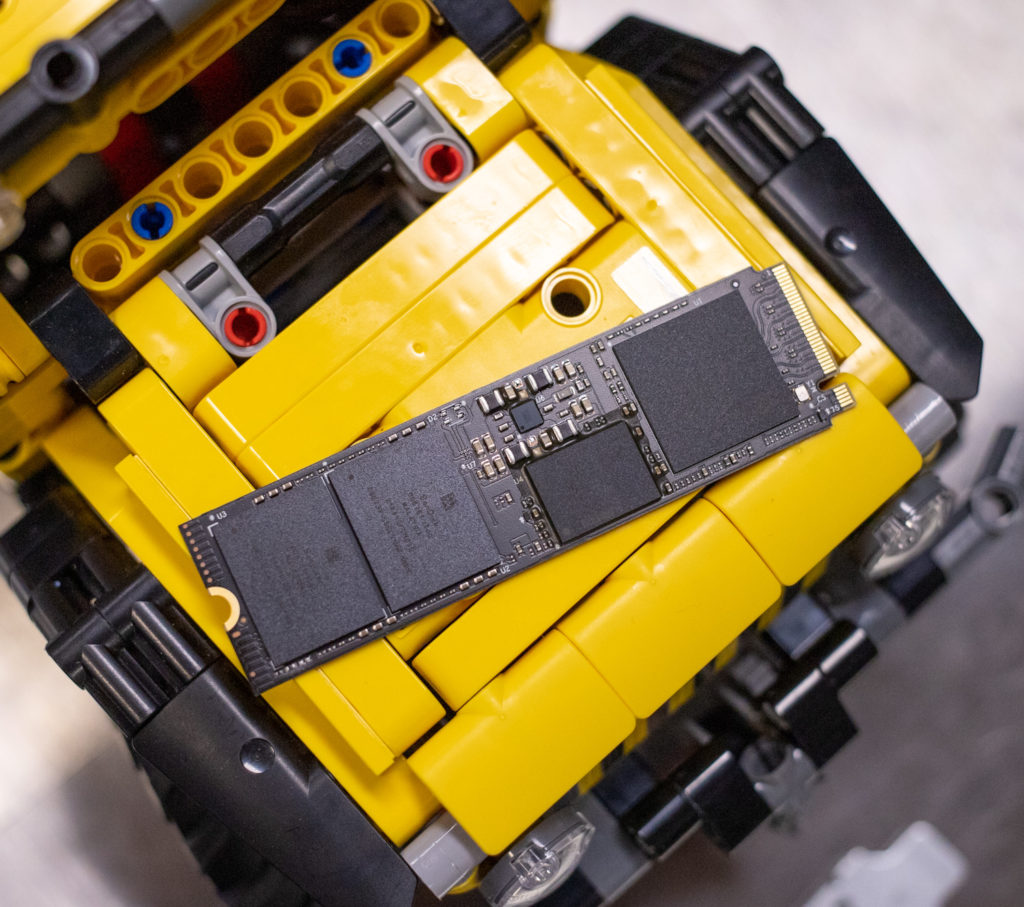 We are reviewing the 4TB version of the WD_BLACK SN850X drive and will be comparing it to the following PCIe Gen4x4 drives:

Starting with SQL average latency, the SN850X posted 3ms, which placed it in the upper part of the consumer NVMe SSD leaderboard. 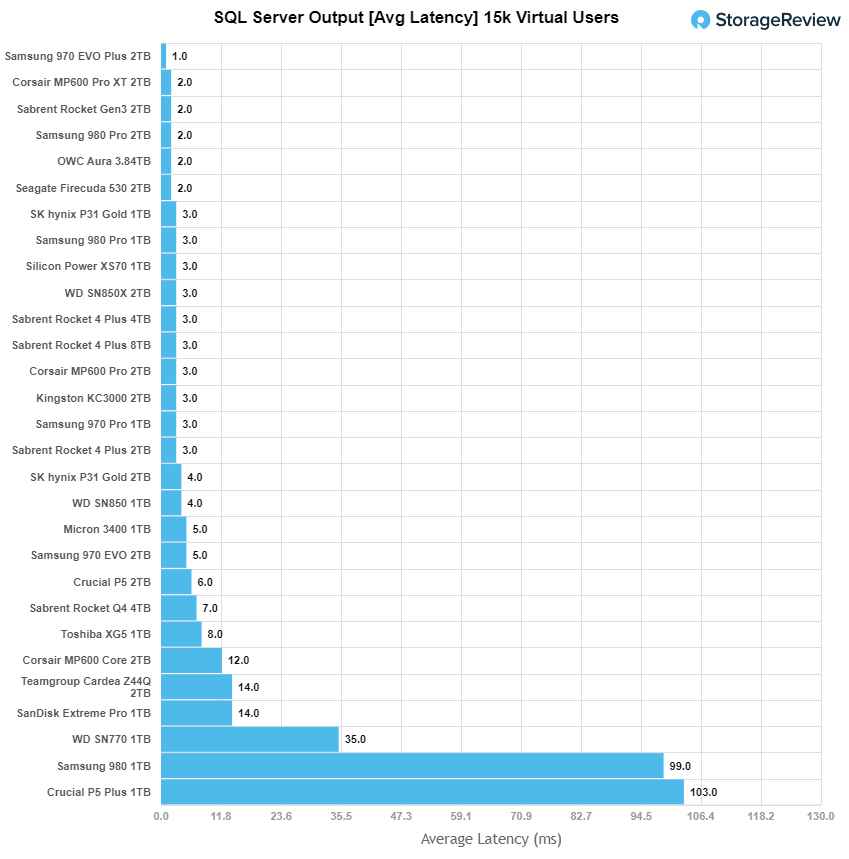 Starting with 4k random read, the WD BLACK SN850X showed virtually identical performance with the exception better burst latency and a smaller dip in performance when approaching the 400,000 IOPS mark. Nonetheless, the SN850X had solid performance with a peak of 792 IOPS at a latency of 160.4µs

Our VDI tests were unable to complete on the SN850X and were skipped for this review.

Lastly is our Blackmagic transfer speed test. Here we tested the WD BLACK SN850X with Game Mode 2.0 both enabled and disabled.

Without Game Mode enable, the SN850X was able to hit 5.76GB/s read and roughly 6GB/s write. 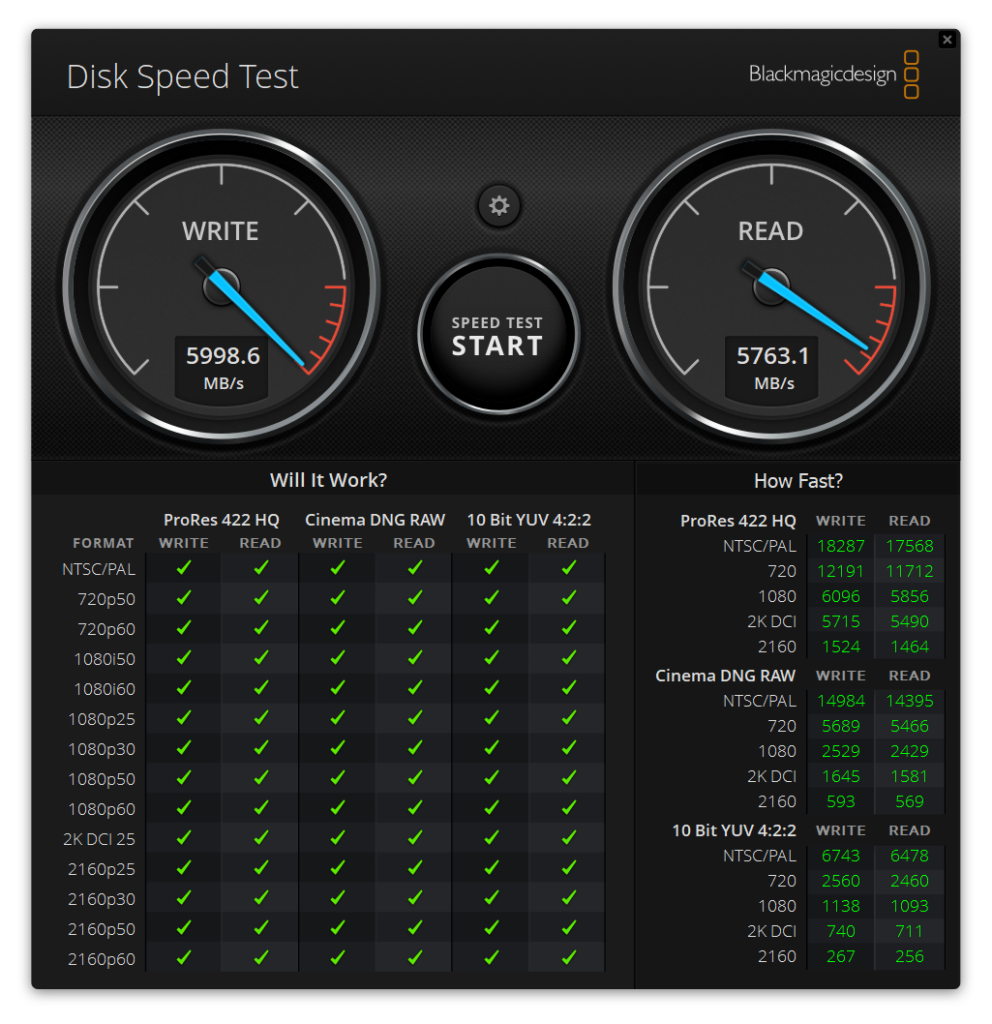 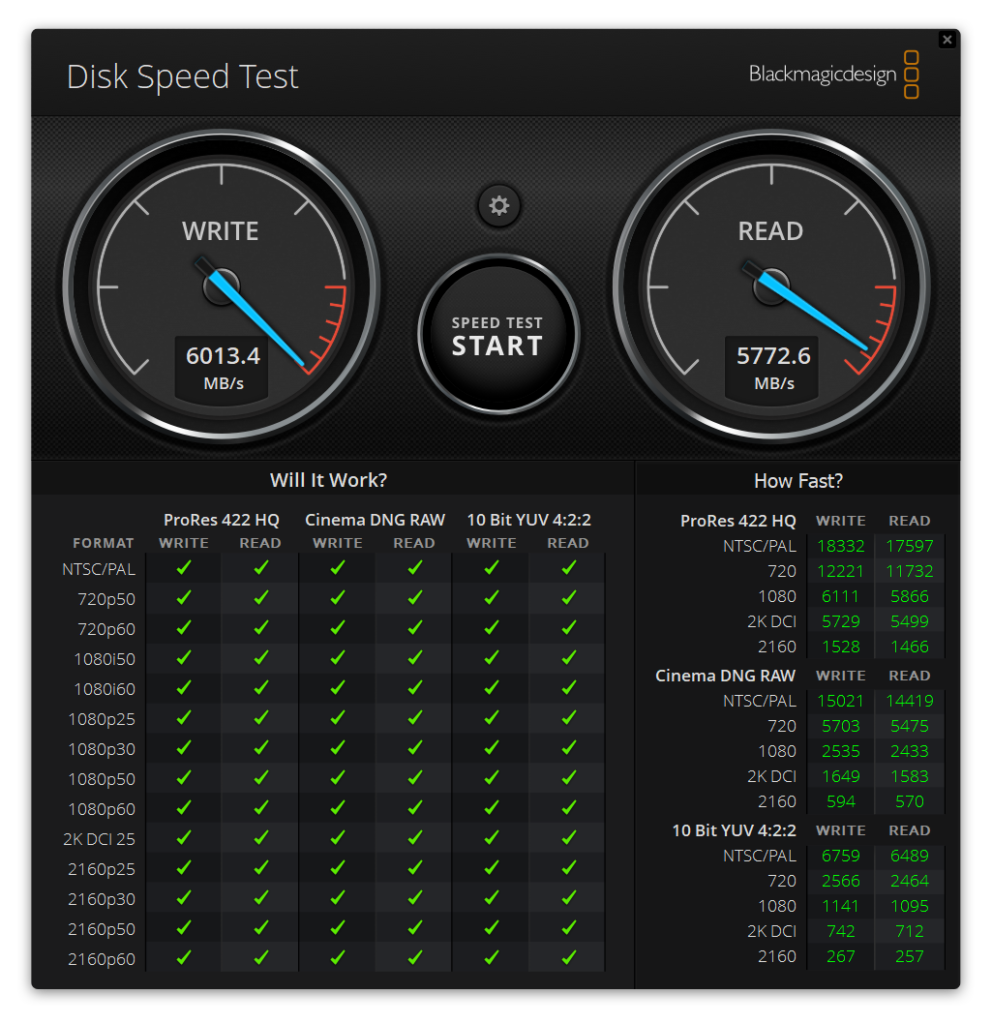 While we didn’t play around with the Game Mode app too much, these results indicate that results may vary depending on the application.

Overall, the WD BLACK SN850X is a gaming NVMe drive that stacks up very well against other PCIe Gen4 mainstream consumer SSDs in performance. Across the board in our synthetic tests, the SN850X found itself at the top of the pack (usually behind the Samsung 980 Pro), measuring a peak bandwidth of 5.93GB/s read and 1.84GB/s write in 64K sequential performance.

In our SQL Server application test aimed at developers or homelab users, the SN850X showed a solid 3ms in latency, placing it near the top of the leaderboard of the other tested drives. While it wasn’t leaps and bounds better than its predecessor (the SN850), it did show noticeable improvements over a drive that is still considered a great-performance drive at almost 2 years old. 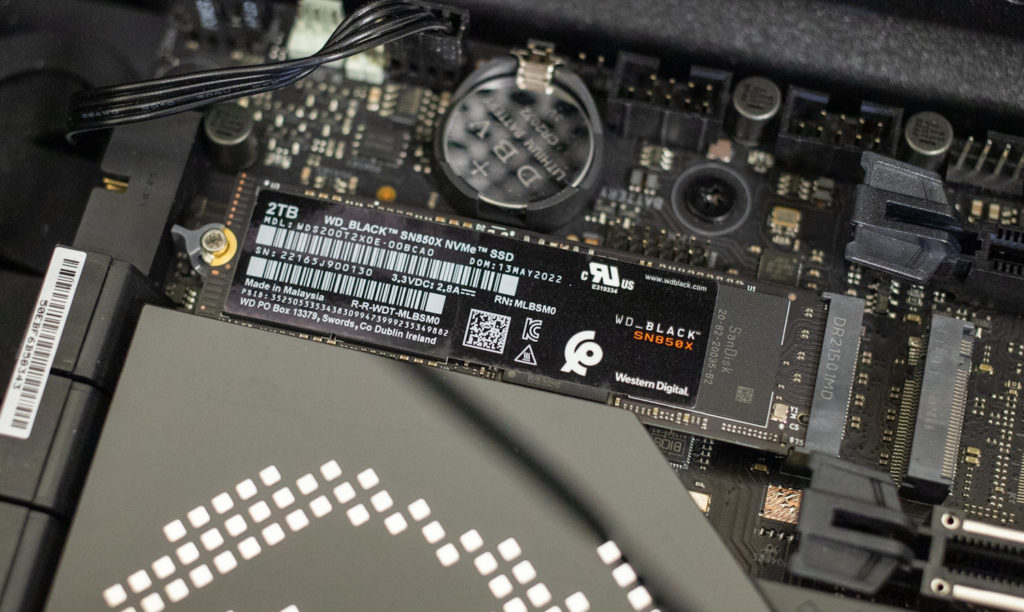 Nonetheless, the SN850X is an impressive drive that stands tall among the already vast selection of mainstream consumer SSDs. Adding the RGB lighting and heat sink option to the drive makes it stand out even further, adding a bit of gaming flair to PC rigs with glass cases.