Rolled out at CES 2021, the XPG GAMMIX S70 is an M.2 SSD aimed at gamers. The drive leverages the PCIe Gen4x4 interface with promises of speeds up to 7.4GB/s read and 6.4GB/s write. Though it leverages the new interface it is backward compatible with Gen3 devices. Aside from gamers, XPG is also looking at the overclocker and PC enthusiast markets.

Rolled out at CES 2021, the XPG GAMMIX S70 is an M.2 SSD aimed at gamers. The drive leverages the PCIe Gen4x4 interface with promises of speeds up to 7.4GB/s read and 6.4GB/s write. Though it leverages the new interface it is backward compatible with Gen3 devices. Aside from gamers, XPG is also looking at the overclocker and PC enthusiast markets. 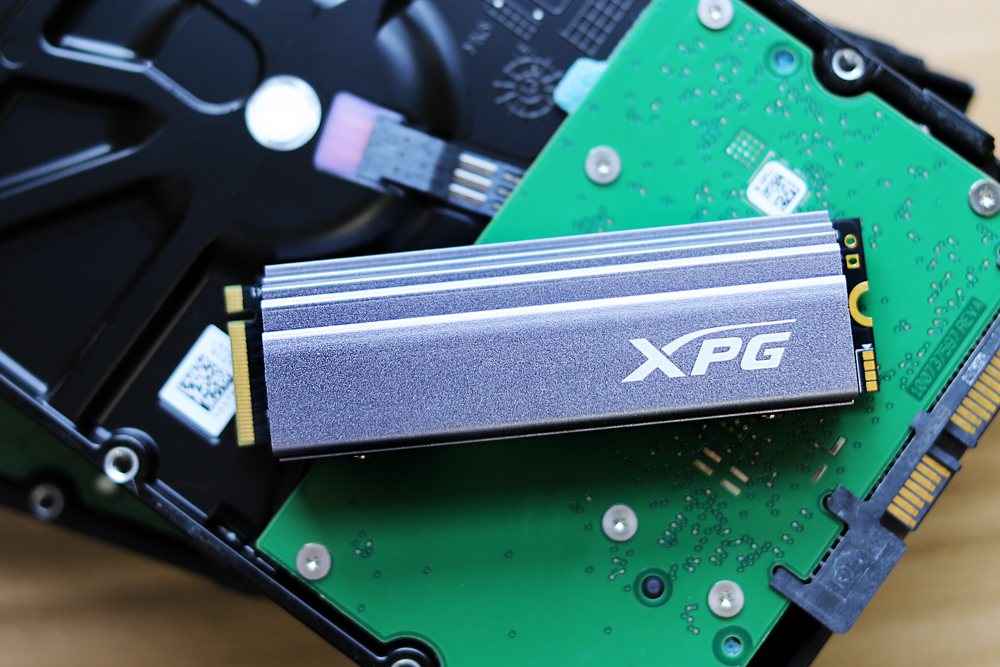 Aside from just leveraging the new PCIe Gen4 interface, the XPG GAMMIX S70 has a combination of Dynamic SLC Caching and DRAM Cache Buffer to help hit the above numbers. The drive has a max capacity of 2TB (though there is a 1TB). For security, the S70 supports LDPC error-correcting code technology, End-to-End (E2E) Data Protection, RAID Engine support, and AES 256-bit Encryption.

The elephant in the room here is the heat spreader. This aluminum heat spreader has a terraced structure with hollow chambers. According to the company, this can reduce temperatures by up to 30%. Those looking to fit the drive into a system that can’t fit the heat spreader (notebooks, tightly packed PCs) may need to look elsewhere. The SSD is held into the bottom half of the heat spreader with an adhesive thermal sticker that is very difficult to separate without damaging the drive.

The XPG GAMMIX S70 comes with a 5-year limited warranty and the smaller capacity can be picked up today for $360.

Though the XPG GAMMIX S70 is an M.2 SSD (the more common 2280 size), it is a bit larger than other SSDs of the same size. There is quite a large heat spreader on one side. The heat spreader is gray aluminum with hollow chambers. We had to remove the heat spreader to fit it into our Lenovo P620, which included an onboard heatsink by default and had a second slot next to it that couldn’t clear the width of the XPG’s heat spreader. 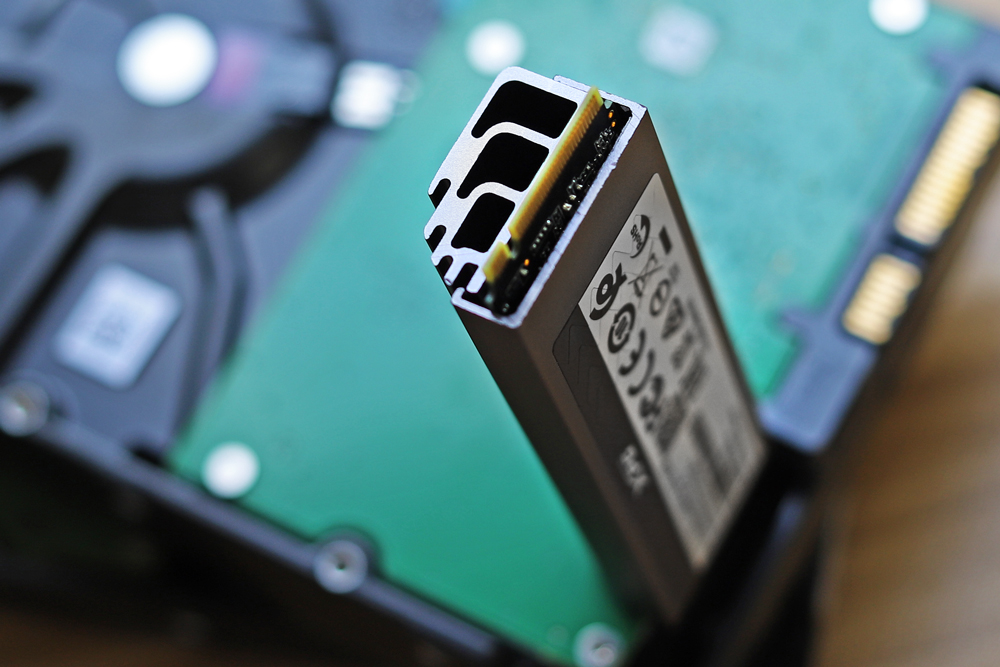 The other side is a blank PCB with a sticker that has pertinent information like model and capacity. 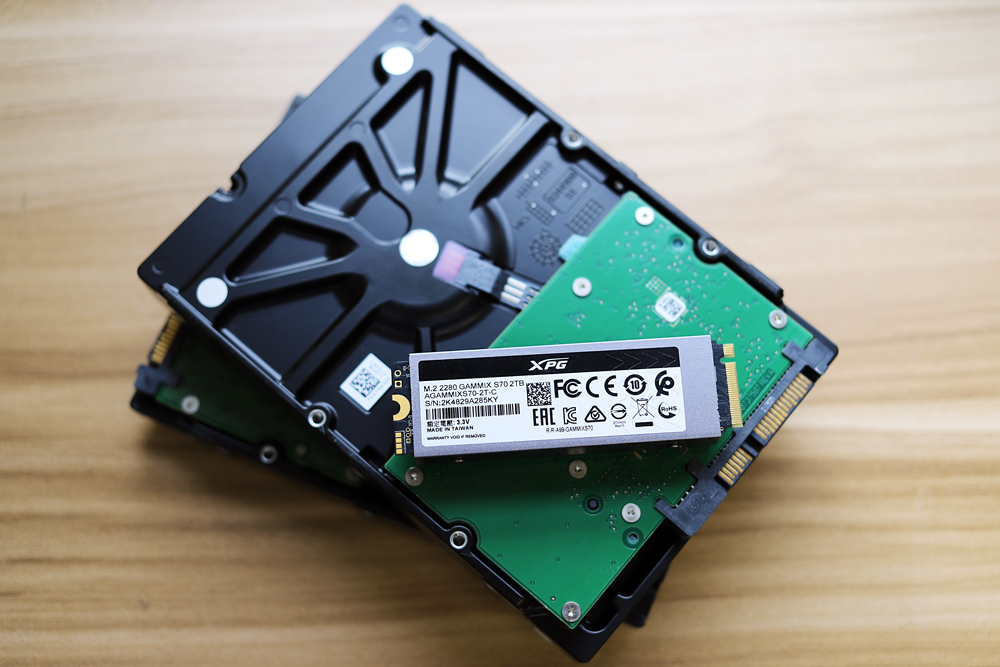 Taking off the heat spreader, allows users to see the Innogrit IG5236 controller, the DRAM, and NAND packs. 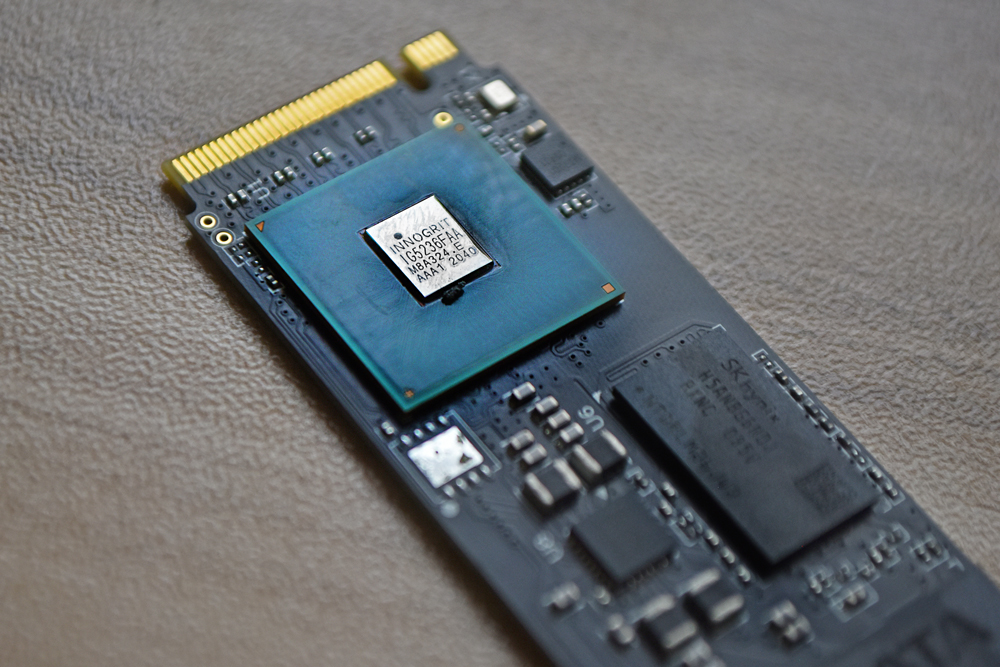 The XPG GAMMIX S70 wasn’t visible in VMware to be formatted as a datastore, so we weren’t able to run our SQL Server test on it.

All of these tests leverage the common vdBench workload generator, with a scripting engine to automate and capture results over a large compute testing cluster. This allows us to repeat the same workloads across a wide range of storage devices, including flash arrays and individual storage devices. Our testing process for QLC SSDs starts with a secure erase, then we partition the drive to 1% of the drive capacity to simulate how the drive might respond to smaller application workloads. This is different from full entropy tests which use 100% of the drive and take them into a steady state. As a result, these figures will reflect higher-sustained write speeds.

Next, we looked at our VDI benchmarks, which are designed to tax the drives even further. These tests include Boot, Initial Login, and Monday Login. Looking at the Boot test, the S70 came in sixth place with a peak of 91,218 IOPS 358µs.

In Initial Login the S70 came in sixth once more with a peak of about 31,500 IOPS and a latency of 621µs before seeing quite a drop in performance much like the other drives in the pack.

To further test the XPG GAMMIX S70, we ran the Blackmagic Disk Speed Test on the Lenovo ThinkStation P620.

Here we saw the S70 hit 4.75GB/s read and 4.92GB/s write. Not hitting its quoted speeds but as of yet, we haven’t seen any of the PCIe Gen4 drives do that. More of an issue with support than the drives themselves. 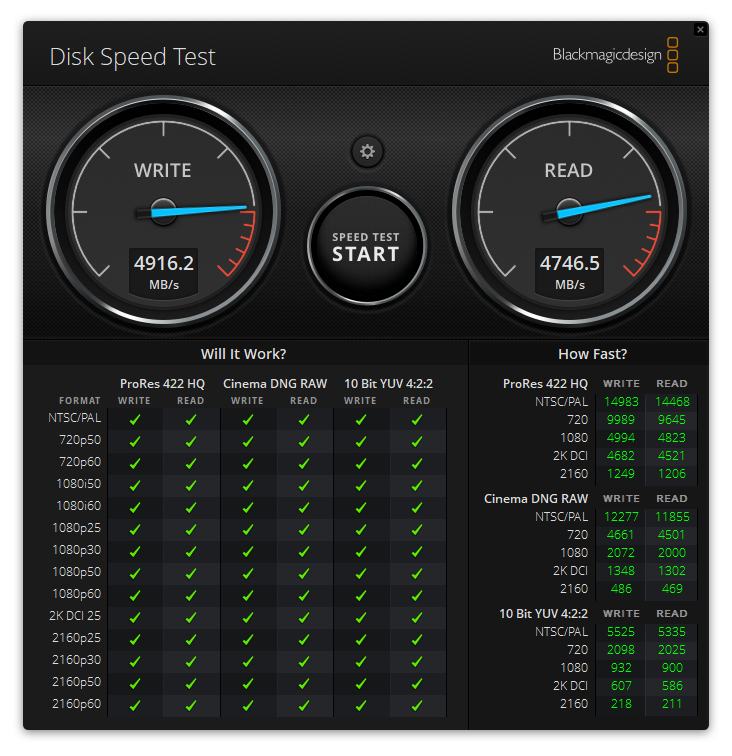 The XPG GAMMIX S70 is a PCIe Gen4 SSD aimed at the gaming market, though overclocker and PC enthusiast will find a lot to enjoy here as well. The drive comes in an M.2 2280 form factor though it has quite the heat spreader on it taking up a bit more room while keeping the temperature in check for optimal performance. As stated, the SSD is a PCIe Gen4 and comes with maximum quoted speeds of 7.4GB/s read and 6.4GB/s write. The drive is backward compatible with PCIe Gen3 and comes with several security options such as LDPC error-correcting code technology, End-to-End (E2E) Data Protection, RAID Engine support, and AES 256-bit Encryption.

While the drive didn’t hit its top quoted numbers, none of the PCIe Gen4 drives have yet. Still, for an XPG (that falls under the ADATA umbrella) that drive did pretty well. The S70 was even able to take second and third in a few tests, which is impressive given the competition. It is refreshing to see ADATA stepping up their game as they move into the new interface.