The Corsair MP600 GS  is designed for consumers looking to upgrade their system to the speedy PCIe Gen4 interface. Available in capacities ranging from 500GB to 2TB, this client M.2 drive is powered by NVMe 1.4, 3D TLC NAND, and the Phison PS5021-E21T entry-level SSD controller, the latter of which is also found in drives like the Crucial P3 Plus.

The Corsair MP600 GS  is designed for consumers looking to upgrade their system to the speedy PCIe Gen4 interface. Available in capacities ranging from 500GB to 2TB, this client M.2 drive is powered by NVMe 1.4, 3D TLC NAND, and the Phison PS5021-E21T entry-level SSD controller, the latter of which is also found in drives like the Crucial P3 Plus. 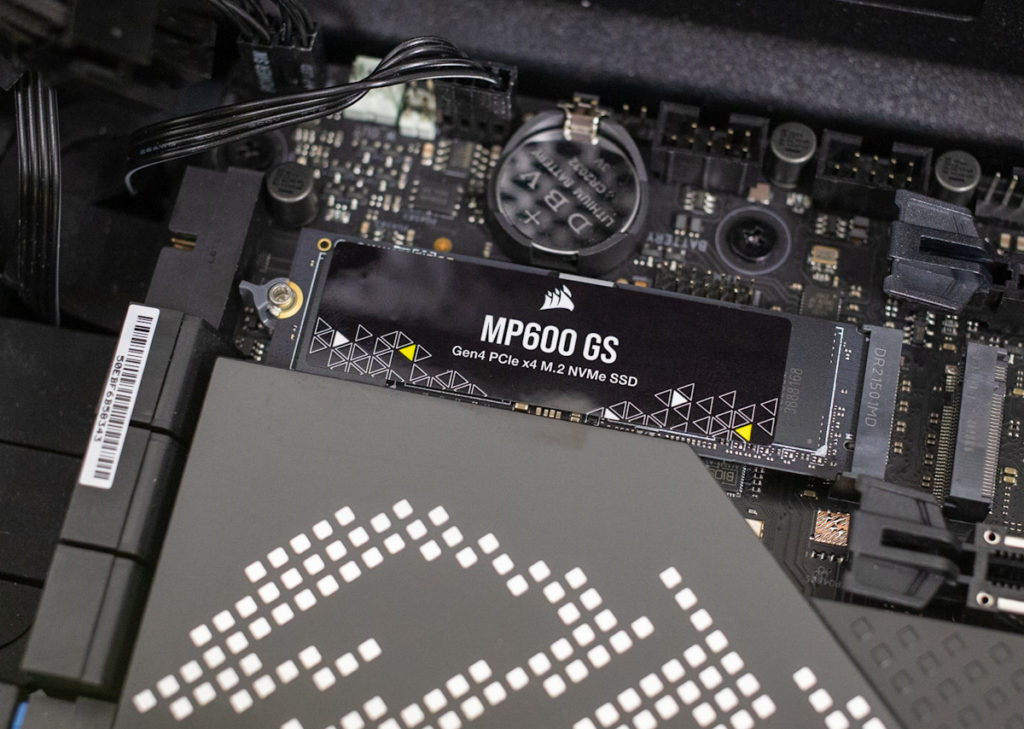 The MP600 is designed to be affordable and as such, is  DRAM-less. An SSD without DRAM usually is a recipe for slow storage speeds, which is fine if a consumer is looking for a cost-effective solution and performance isn’t their priority. However, the price needs to be right for the trade-off, which, as you will see below, is not the case with Corsair’s new drive.

Not much makes the MP600 GS stand out from the numerous options already out there, so what it comes down to is its performance/cost profile. And to this end, Corsair quotes its SSD to deliver modest sequential transfer speeds at 4.8GB/s read and 4.5GB/s write (for the 2TB model), with the potential to reach up to 1 million IOPS read and 580,000 IOPS write (1TB model) in random performance.  The MP600 GS also features a TBW rating that ranges from 300 to 1,200 depending on the model with MTBF of 1.5 million hours across all capacities. 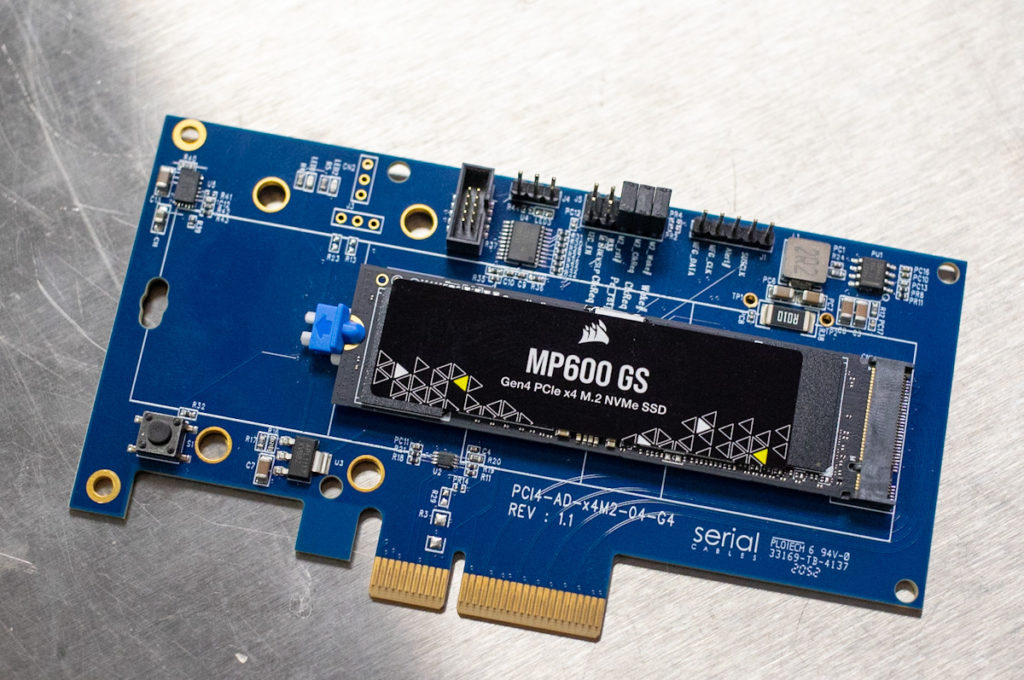 Other features include AES encryption support and the Corsair Toolbox SSD management app. This SSD software displays the usual detailed drive information about your Corsair drive and offers overprovision, SMART, cloning, secure wipes, and optimization tools for users. Overall, it does the job, but this software uses an ancient-looking interface that clearly hasn’t been updated in a very long time.

We are reviewing the 2TB version of the Corsair MP600 GS drive and will be comparing it to the following PCIe Gen4x4 drives:

Starting with SQL average latency, the MP600 GS posted 9ms, which placed it in the bottom part of the consumer NVMe SSD leaderboard. 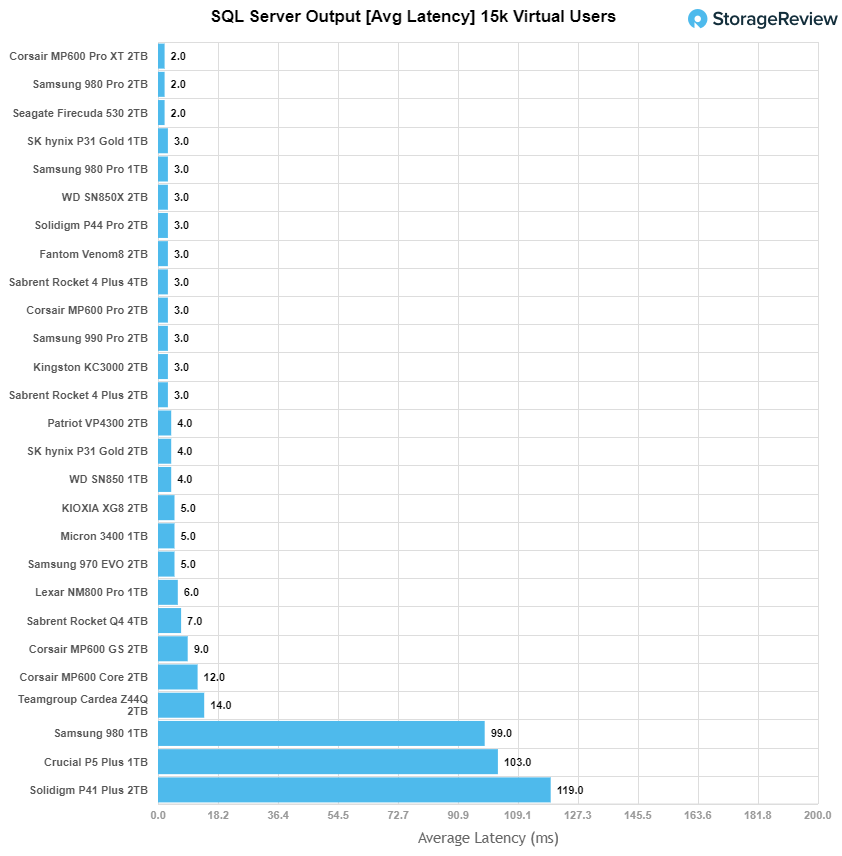 Starting with 4k random read, the MP600 GS showed very weak performance (slightly better than the budget WD SN770 drive), with a peak of just 167K IOPS at a latency of 765.6µs.

The Corsair MP600 GS didn’t have much luck when switching to sequential workloads, where we looked at our 64K tests. In reads, the MP600 GS placed last with a peak throughput of 56K IOPS (or 3.52GB/s) with a latency of 565.5µs.

Next, we looked at our VDI benchmarks, which are designed to tax the drives even further. These tests include Boot, Initial Login, and Monday Login. The Corsair drive didn’t fare any better during these workloads. Starting with Boot, the MP600 GS had a peak of 40K IOPS (at 814.1µs), though it ended at 32K IOPS with a latency of 1,119µs for last place.

As usual, our VDI Initial Login produced messy results in our charts. Here, the MP600 GS had a peak performance of 25K IOPS (at 1,197µs) before taking a serious spike in performance ending at 12K IOPS and over 2,500 µs in latency. This result was only better than the SN770.

We measured performance inside a Windows 11 environment on our consumer test platform via the popular Blackmagic test. Here, the MP600 GS was able to just 3.74GB/s read and 4.33GB/s write. 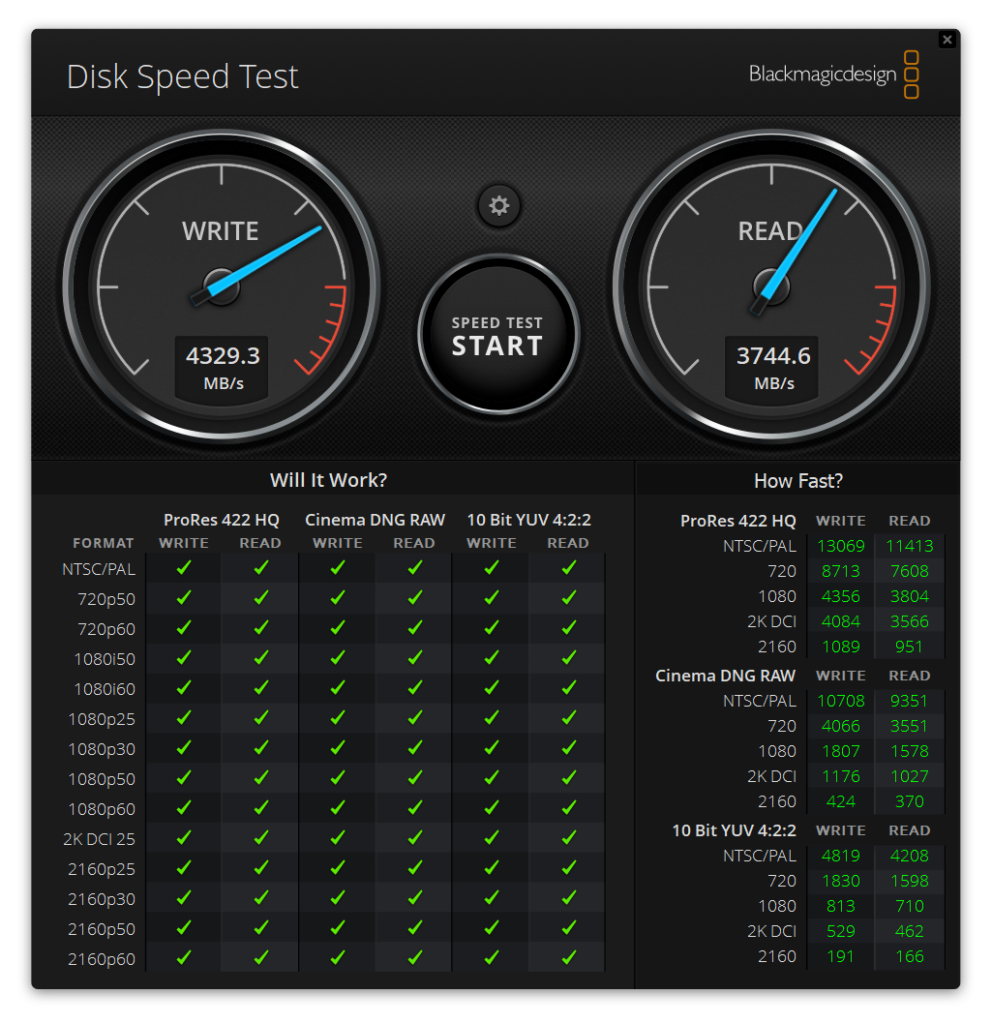 These results were easily the slowest we’ve seen from its class (with even slower reads than the budget consumer WD 770 SSD, which had 4.2GB/s).

The Corsair MP600 GS Gen4 SSD is powered by NVMe 1.4, AES encryption, 3D TLC NAND, and the Phison PS5018-E21T controller, and, unsurprisingly, features a DRAM-less design (like the WD SN770). It is also available in capacities of 500GB, 1TB, and 2TB and can be managed by the Corsair SSD Toolbox, which displays useful drive information and offers users a way to access overprovision, SMART, cloning, secure wipes, and optimization tools. The app needs a serious makeover though. 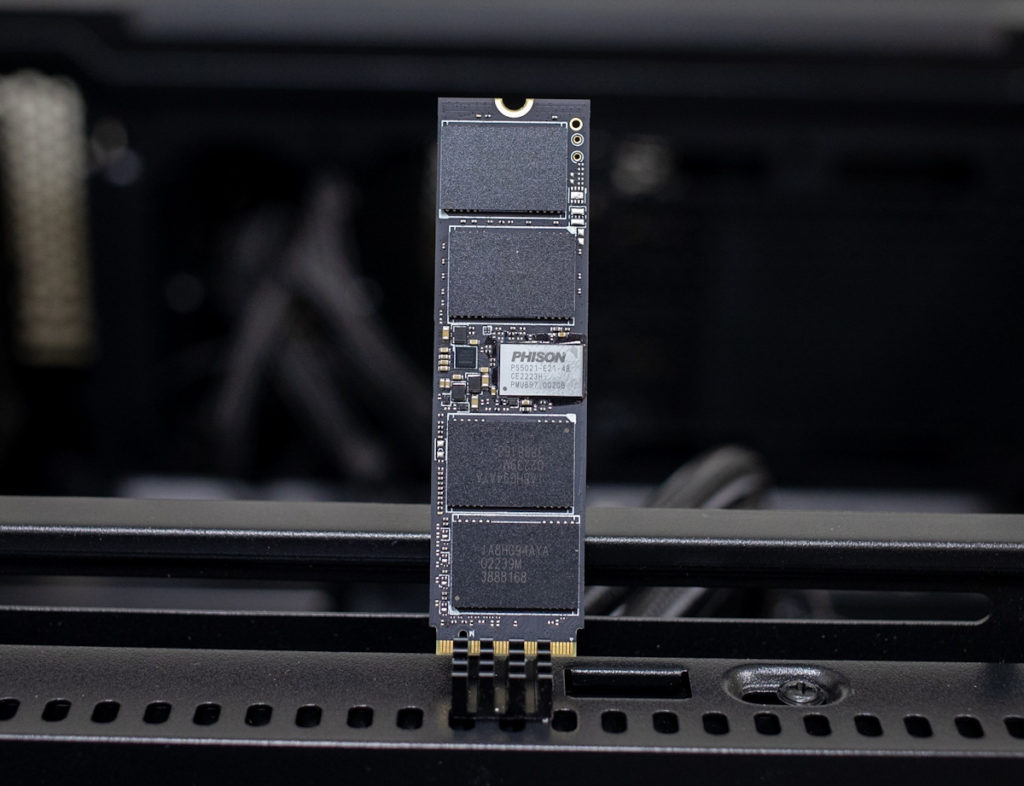 With that said, let’s get right into its performance results. Right from the get-go, the MP600 GS was a letdown during our benchmarking, with numbers placing it far behind the other tested SSDs in virtually all of our workloads. Highlights include peak scores of 167K IOPS in 4K read, 79K IOPS in 4K write, 3.52GB/s in 64K read, and 1.38GB/s in 64K write.  In our VDI Full clone tests, we saw 40K IOPS in boot, 25K IOPS in initial login, and 11K IOPS for Monday login.

In Blackmagic, burst test results showed just 3.74GB/s read and 4.33GB/s write which is reasonable for a drive in this class. Sadly it failed the new Boot Bench test, which means it will not be used by Hyperscalers for boot duty and is a good sign that the drive isn’t great for even the most modest workloads.

From the results above, it’s obvious that the MP600 GS is a very disappointing release from Corsair. This is compounded further when looking at its pricing profile ($63 for the 500GB, $103 for the 1TB, and $188 for the 2TB). While this MSRP suggests that it should boast performance in line with more premium Gen4 consumer drives (like the Samsung Pro line), in reality, results were much more similar to an entry-level budget SSD like the WD SN770. For example, the vastly superior Samsung 980 Pro and Fantom VENOM8 SSDs are currently $110 for the 1TB model, which is just a few dollars more than the MP600 GS. You can also find the 1TB WD SN770 for around $90.

Unless Corsair re-brands the MP600 GS as a budget drive with the price tag following suit, we can’t recommend a DRAM-less SSD like this when there are many other better options out there at a similar or less cost.