The WD Black SN770 is the company’s latest NVMe PCIe Gen4 SSD, featuring an in-house SanDisk controller and available in capacities up to 2TB. This DRAM-less client drive is meant for most general use cases, including gaming, demanding software, and speedy OS boot-ups. With PCIe Gen4 adoption and motherboard support now mainstream, WD indicates that the SN770 will help consumers make their transition to the new technology more affordable and accessible. The SN770 is the budget model of the WD Black line, with the impressive SN850 as the flagship option.

The WD Black SN770 is the company’s latest NVMe PCIe Gen4 SSD, featuring an in-house SanDisk controller and available in capacities up to 2TB. This DRAM-less client drive is meant for most general use cases, including gaming, demanding software, and speedy OS boot-ups. With PCIe Gen4 adoption and motherboard support now mainstream, WD indicates that the SN770 will help consumers make their transition to the new technology more affordable and accessible. The SN770 is the budget model of the WD Black line, with the impressive SN850 as the flagship option. 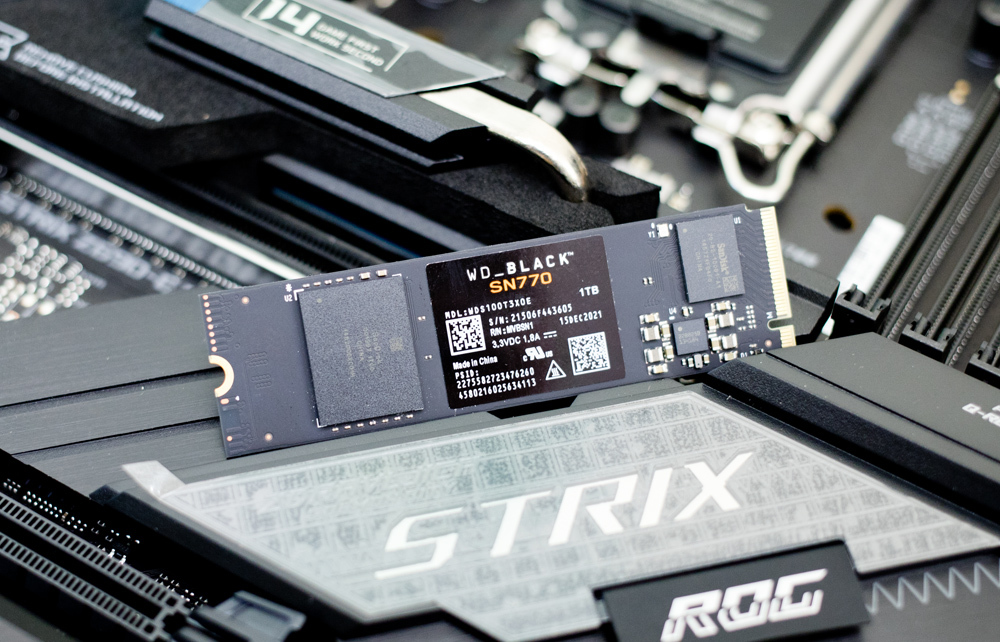 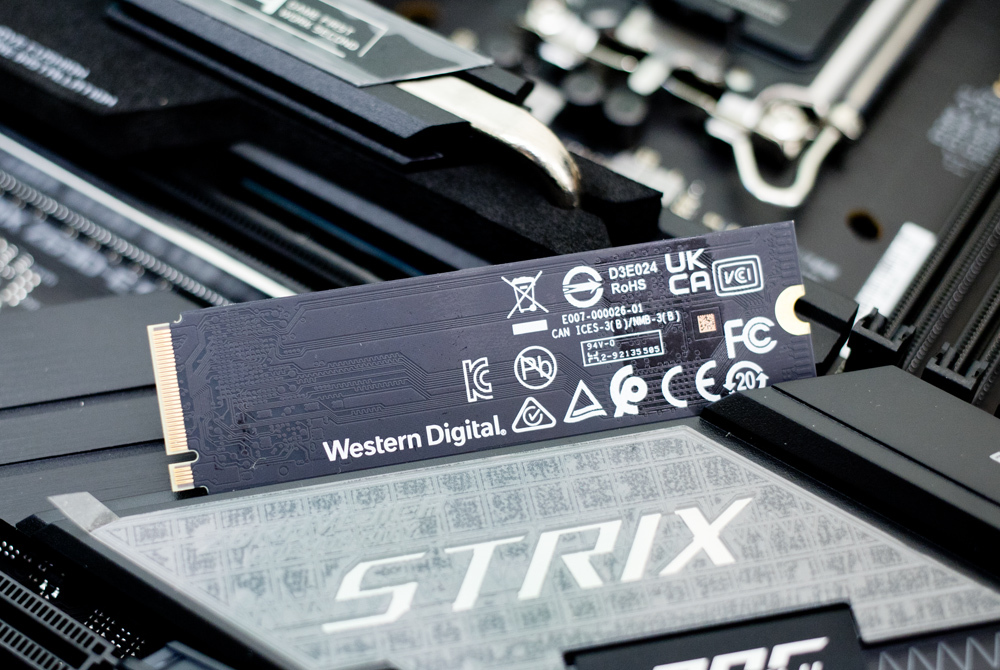 WD has also added advanced thermal management to the SN770, indicating that it will allow for more consistent performance and a 20% increase in power efficiency over their past NVMe SSD releases. For reliability, the Mean Time To Failure (MTTF) rating is specced at 1.75 million hours. 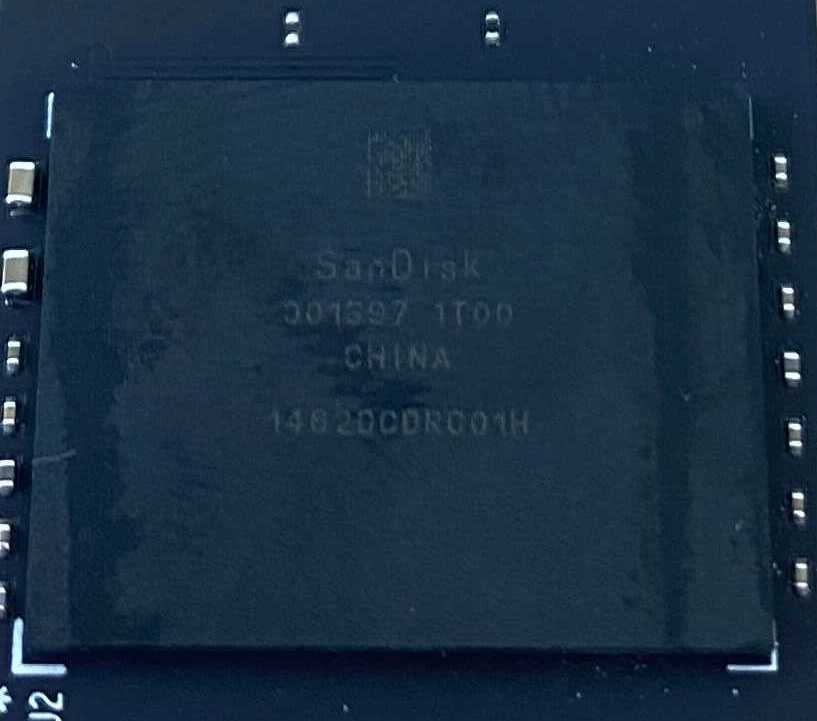 From the hardware side, WD says the SN770 features a new in-house controller and the SSD leverages a DRAM-less design. This allows it to maintain a lower cost profile, but traditionally, means the SSD will see some performance hit under intensive workload conditions. 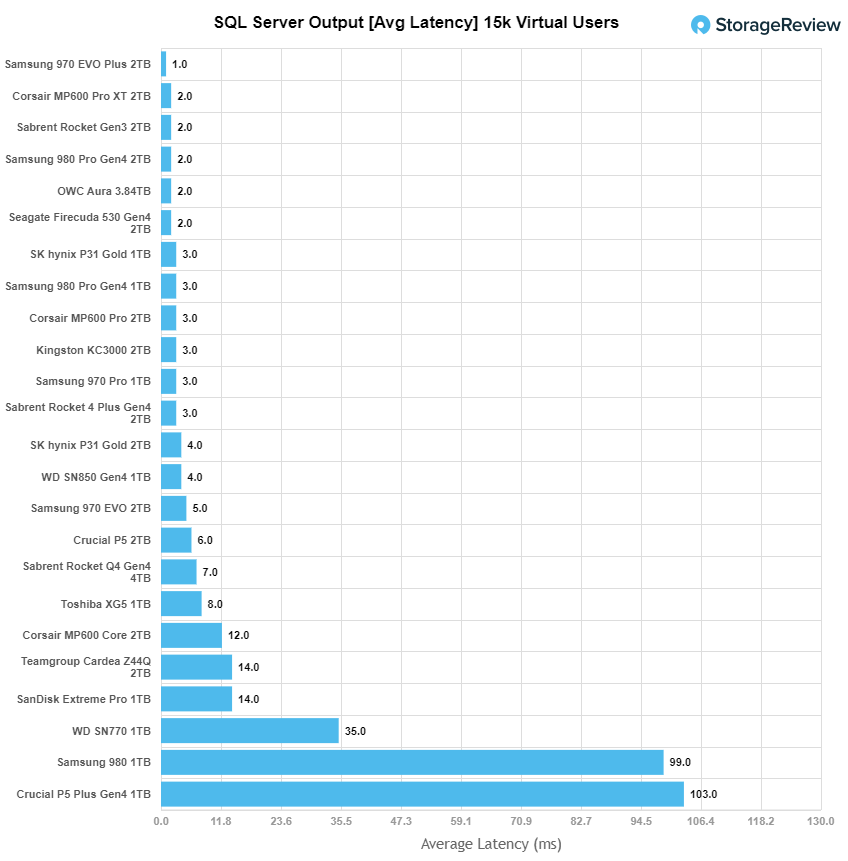 All of these tests leverage the common vdBench workload generator, with a scripting engine to automate and capture results over a large compute testing cluster. This allows us to repeat the same workloads across a wide range of storage devices, including flash arrays and individual storage devices. Our testing process for these benchmarks fills the entire drive surface with data, then partitions a drive section equal to 5% of the drive capacity to simulate how the drive might respond to application workloads. This is different from full entropy tests which use 100% of the drive and take them into a steady state. As a result, these figures will reflect higher-sustained write speeds.

First up is our random 4K read. Here, the WD Black SN770 peaked at just 142,195 IOPS with a latency of 900µs, which placed well back in last place and half the IOPS of the next closest drive (Sabrent Rocket 4 Plus).

Switching over to sequential read workloads showed much better performance. Here, the new SN770 drive had sub-millisecond latency performance throughout with a peak of 68,935 IOPS (or 4,308MB/s) and 462.9µs latency, placing it around the lower-mid part of the leaderboard.

Now, we switched over to our VDI clone tests, Full and Linked, where the SN770 struggled once again. For VDI Full Clone Boot, the new WD drive peaked at just 44K IOPS at a latency of 319µs just before dropping off to 36K IOPS at 972µs in latency.

For VDI FC Initial Login, we saw the SN770 performance drop off from the rest of the pack even more (well back from even the nearest drive), peaking at 27,726 IOPS at 2,746µs.

With the VDI FC Monday Login, the WD SN770 continued this course, peaking around 11K IOPS at 1,462µs before dropping off a bit at the end.

In our Blackmagic test, we saw 4,213MB/s read and 4,416MB/s write. This put the drive above the threshold of a Gen3 SSD, but falls at the lower spectrum against Gen4 SSDs. 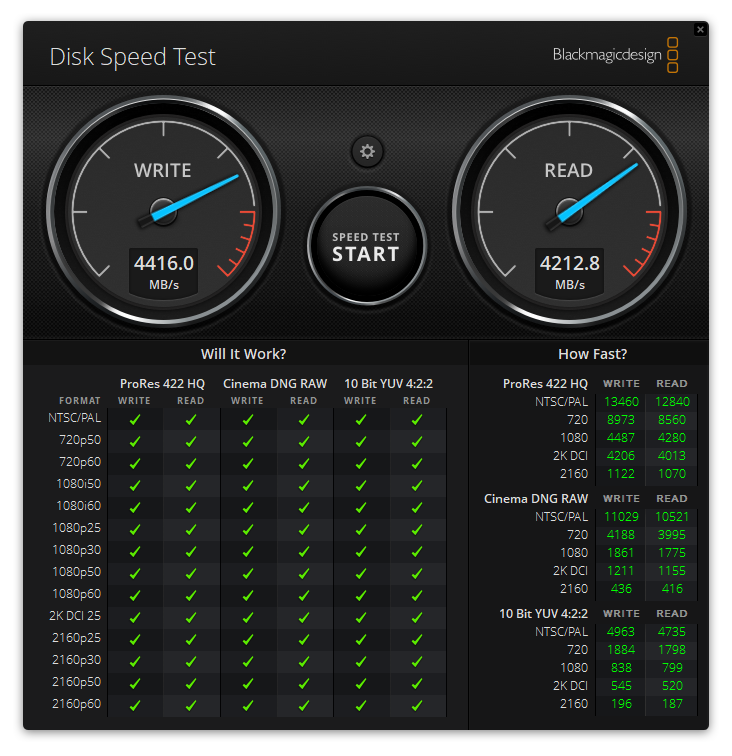 The WD Black SN770 is the newest M.2 Gen4 SSD from the company, and though it is marketed mainly for serious gamers, it is a more cost-optimized build more angled towards an entry-level SSD based on actual performance. Available in capacities from 250GB to 2TB, the new WD drive offers an MTBF rating of 1,750,000 hours and is quoted to reach modest sequential speeds up to 5.15GB/s read and 4.85GB/s write. 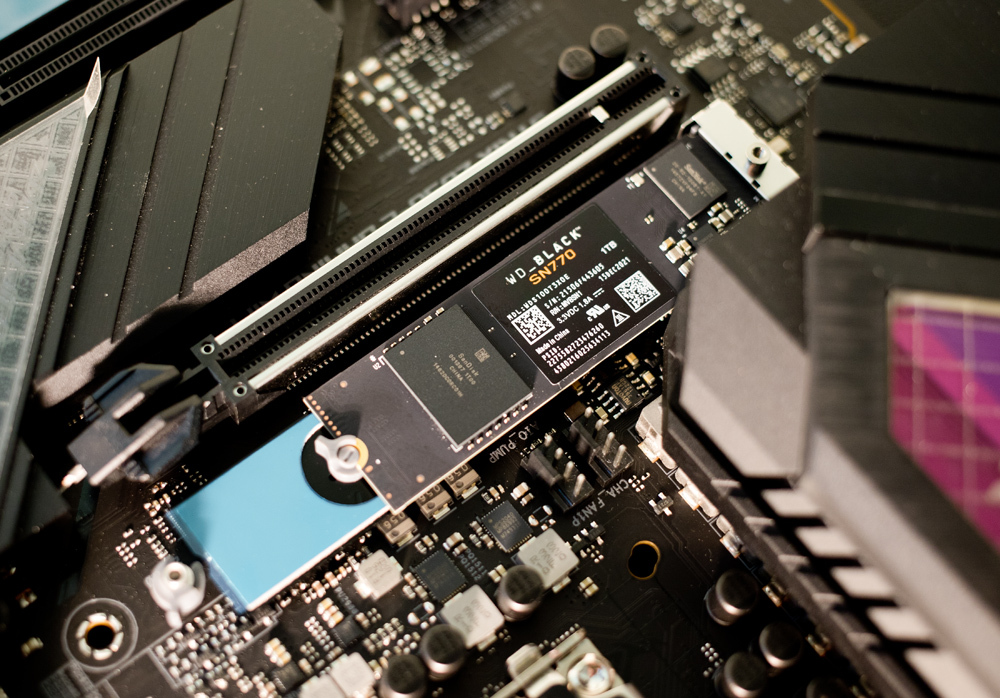 Getting right into its performance, the WD Black SN770 was a letdown during our benchmarking, posting results that left it far behind the other tested SSDs in essentially all of our workloads. With a DRAM-less design, it wasn’t a huge surprise. Not that there might never be a strong DRAM-less SSD on the market, but we’ve never encountered one to date. This was a bit of a contrast compared to the WD Black products we reviewed over the past few years, including the SN750 and the SN850, the latter of which was one of the best-performing consumer drives we’ve seen at the time of the review and easily the market leader in read performance.

While the WD Black SN770 performance was clearly underwhelming, it is meant as an inexpensive option for gamers looking to upgrade their system with the new Gen4 specification. To that end, it gets it over the Gen3 line in sequential read and write performance, but just barely in our testing.

It’s priced at roughly $60 for the 250GB model and $80 for the 1TB model, the former of which is $20 less than what the SN750 went for during its initial release. That said, the vastly superior WD Black SN850 (500GB model) is currently going for $100, so if you can open up your wallet a bit more it’s is certainly getting a relatively future-proof gaming drive with bar-setting performance.

If you’re on a very tight budget for a Gen4 drive where only sequential read speeds matter, then the SN770 would likely suffice. Ultimately though, WD causes confusion with the gaming-centric Black branding on the SN770. It would be more appropriate to put this squarely in the value-centric WD Blue category, so there’s less static as to expectations. Serious gamers will be joyous with the SN850. The SN770 is 64-bit purgatory by comparison.