Along with the MP600 Core, Corsair has released another PCIe Gen4 SSD with the Corsair MP600 Pro. Being a Pro version, this drive comes with higher performance claims, 7GB/s read, and 6.55GB/s write for the 2TB capacity. The MP600 Pro is an M.2 2280 form factor that fits in most rigs assuming there is room for the heat spreader. This drive is aimed at those that need the extra performance such as gamers and creative professionals.

Along with the MP600 Core, Corsair has released another PCIe Gen4 SSD with the Corsair MP600 Pro. Being a Pro version, this drive comes with higher performance claims, 7GB/s read, and 6.55GB/s write for the 2TB capacity. The MP600 Pro is an M.2 2280 form factor that fits in most rigs assuming there is room for the heat spreader. This drive is aimed at those that need the extra performance such as gamers and creative professionals. 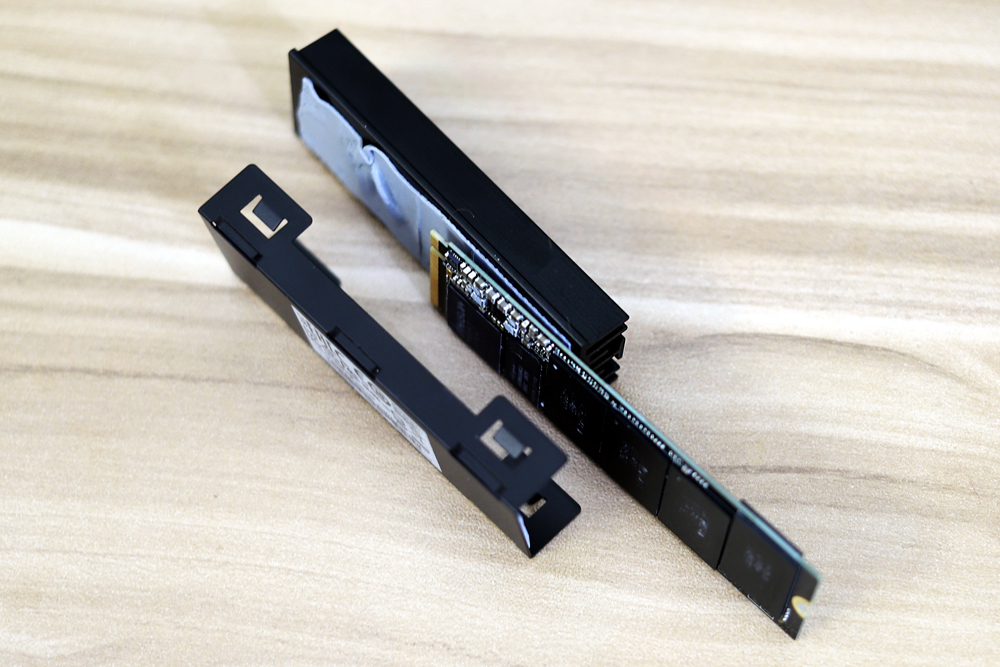 Like the Core version, the Corsair MP600 Pro comes with a large heat spreader. However, there is also a Hydro X version that takes the bulky add-ons to another level with liquid cooling across the water block. While there is no performance difference between the two, the Hydro X is said to be able to sustain high performance longer. Perhaps, but all the bulkiness on M.2 drives seems to miss the point for me. The appeal of these “gum stick” drives is that they are very small and take up nearly no room. Throwing a bunch of stuff on it seems to defeat that point when they can be added to bulkier drives like 2.5” or AIC cards. That said, the heat dissipation devices do add a certain “cool factor.”

The Corsair MP600 Pro leverages 3D TLC NAND for both better performance and endurance. Corsair claims 1400 TBW and a life span of 280 years or 5.49 African elephant lifespans. This strange comparison comes from the company, not from us.

The drive comes in both 1TB and 2TB capacities and can be picked up for $244 for the smaller size.

As stated, there are two versions of the Corsair MP600 Pro, the Hydro model with the liquid cooling hoses, and the one we have here. The version being reviewed actually looks much like the MP600 Core. It has a built-in heat spread on one side with company branding. 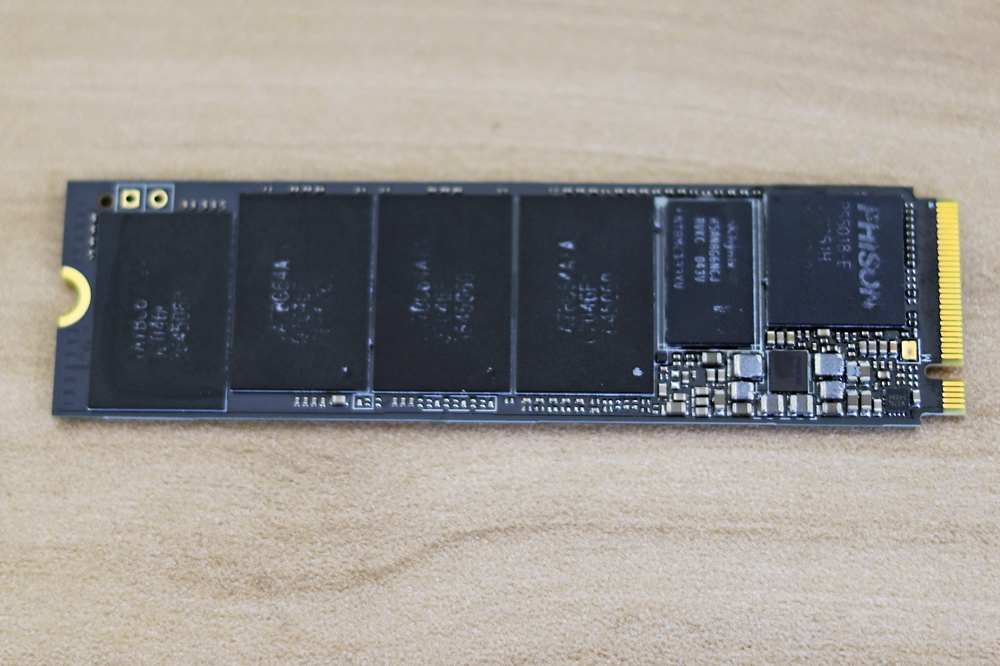 Beneath the heat spreader is the NAND packs and Phison E16 controller. 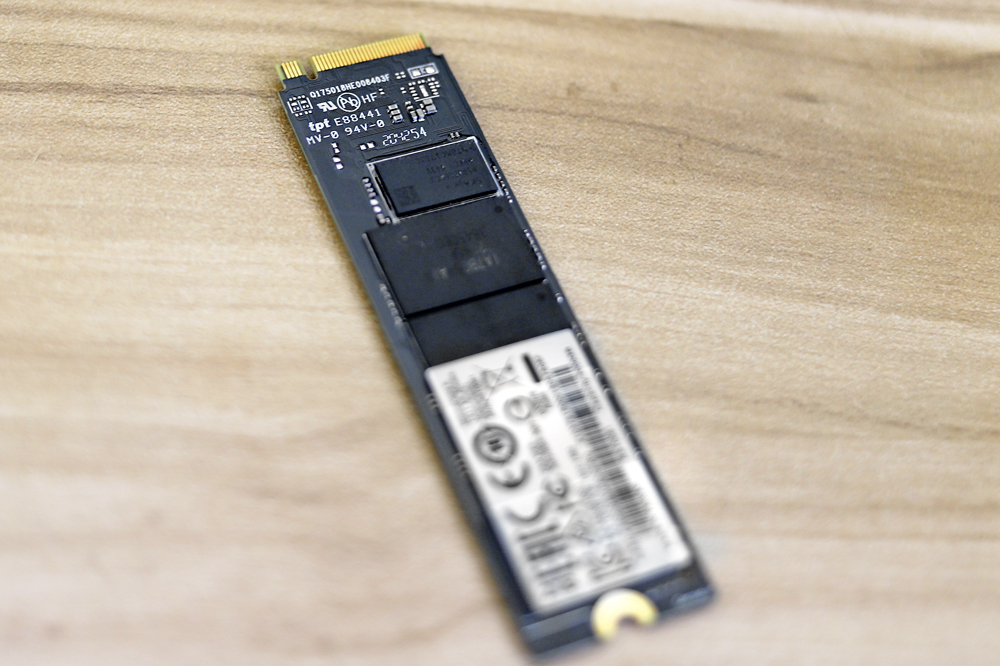 Looking at SQL Server average latency, the Corsair MP600 Pro had 3ms latency putting it near the top of the pack. 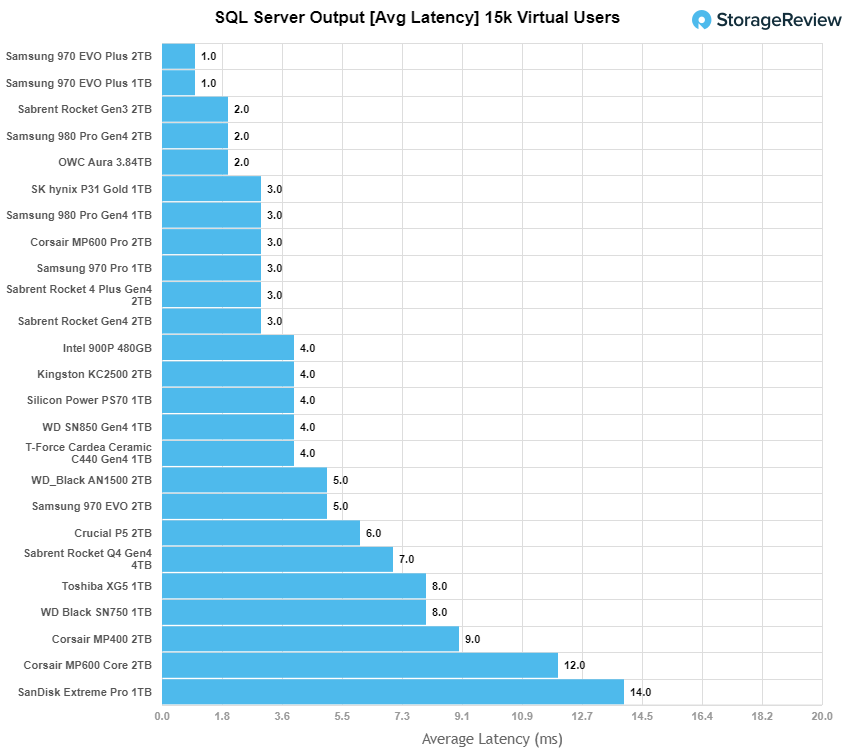 Next, we looked at our VDI benchmarks, which are designed to tax the drives even further. These tests include Boot, Initial Login, and Monday Login. Looking at the Boot test, the Corsair MP600 Pro came in seventh with a peak of 93,086 IOPS and a latency of 368µs.

Finally, in VDI Monday Login the Corsair drive came in sixth with a peak of 19,714 IOPS and a latency of 809µs.

To further test the Corsair MP600 Pro, we ran the Blackmagic Disk Speed Test on the Lenovo ThinkStation P620.

Here we saw the MP600 Pro hit 5.2GB/s read and 5.96GB/s write. The read score here is impressive but the write is doubly so as it blows some of the other top PCIe Gen4 drives away. 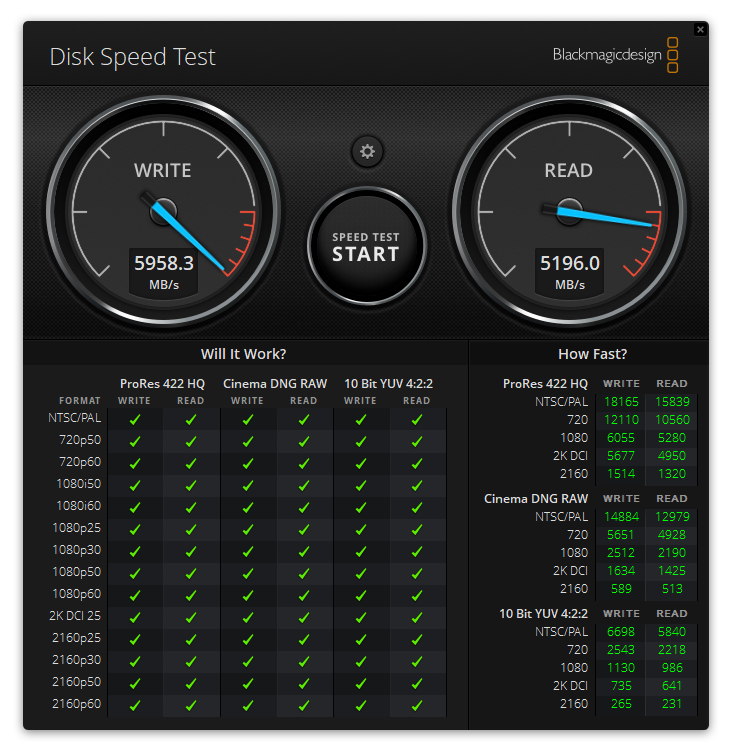 The Corsair MP600 Pro is an M.2 SSD aimed at delivering high performance. While it looks near identical to the Corsair MP600 Core, the Pro leverages TLC NAND versus the Core’s QLC for higher performance and good endurance. The drive comes with quoted speeds of 7GB/s read and 6.55GB/s write and in capacities of 1TB and 2TB. There is also a liquid-cooled, Hydro X version for those that need optimal performance over time.

For performance, we ran our Application Workload Analysis in the form of SQL Server latency, our VDBench Workloads, and Blackmagic. For SQL Server latency the Corsair MP600 Pro had an aggregate average latency of 3ms. In our VDBench tests, the MP600 Pro saw highlights of 303K IOPS in 4K read, 225K IOPS in 4K write, 4.98GB/s in 64K read (the overall highest score out of any PCIe Gen4 drives), and 1.27GB/s in 64K write. For VDI we saw the drive hit 93K IOPS in boot, 42K IOPS in Initial Login, and 20K IOPS in Monday Login. For Blackmagic, the drive was able to hit 5.2GB/s read and 5.96GB/s write.

The Corsair MP600 Pro is an M.2 SSD that delivers decent performance overall and really shined in two of our tests. In 64K read and Blackmagic the MP600 Pro really shined and beat out the previous top-performing drive.  Like the MP600 Core, the drive comes with a large heat spreader that limits where it can be installed.