Today Samsung released yet another client drive with the Samsung SSD 980. While the name can be a bit confusing as the company typically releases both a PRO and an EVO version of a drive and currently have a 980 PRO. The new 980, sans any follow-up name, is the company’s first DRAM-less client SSD.

Today Samsung released yet another client drive with the Samsung SSD 980. While the name can be a bit confusing as the company typically releases both a PRO and an EVO version of a drive and currently have a 980 PRO. The new 980, sans any follow-up name, is the company’s first DRAM-less client SSD. 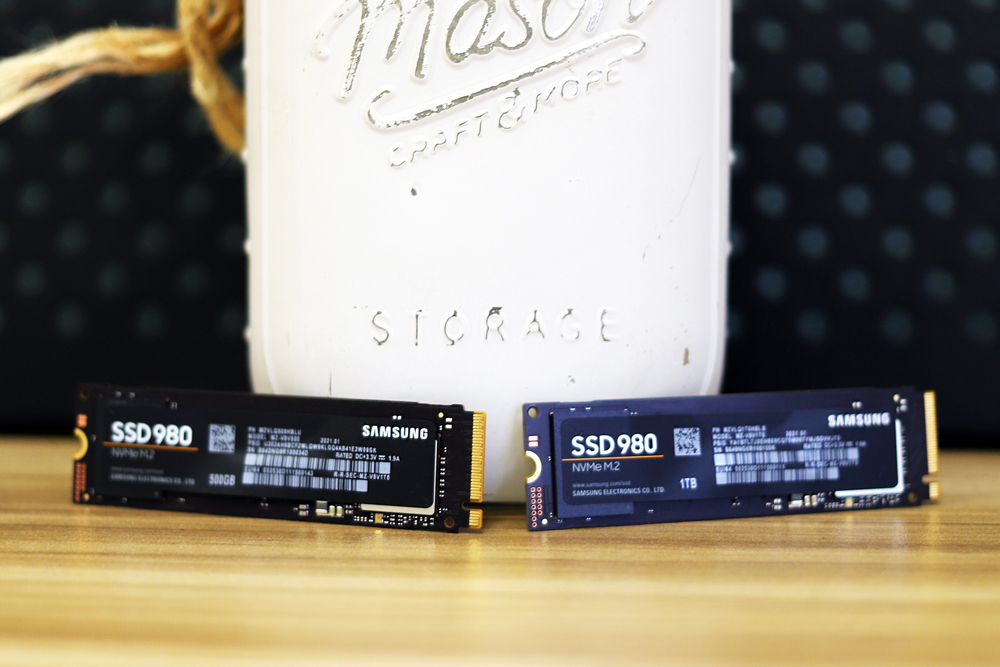 An SSD without DRAM sounds like a recipe for slow storage, as is typically the case. This is fine if a potential buyer is looking for a cost-effective drive and not really worried about performance. However, Samsung tends to dominate in the performance departments of SSDs and the Samsung is taking steps to ensure that the 980 is no exception.

Even though the drive lacks DRAM, it still comes with quoted speeds up to 3.5GB/s read and throughput of half a million IOPS. This is achieved by utilizing Host Memory Buffer technology to link directly to the host processor’s DRAM. Combine this with the company’s sixth-generation V-NAND, TurboWrite 2.0, and this is slated to make the drive perform much better than the regular DRAM-less SSD. 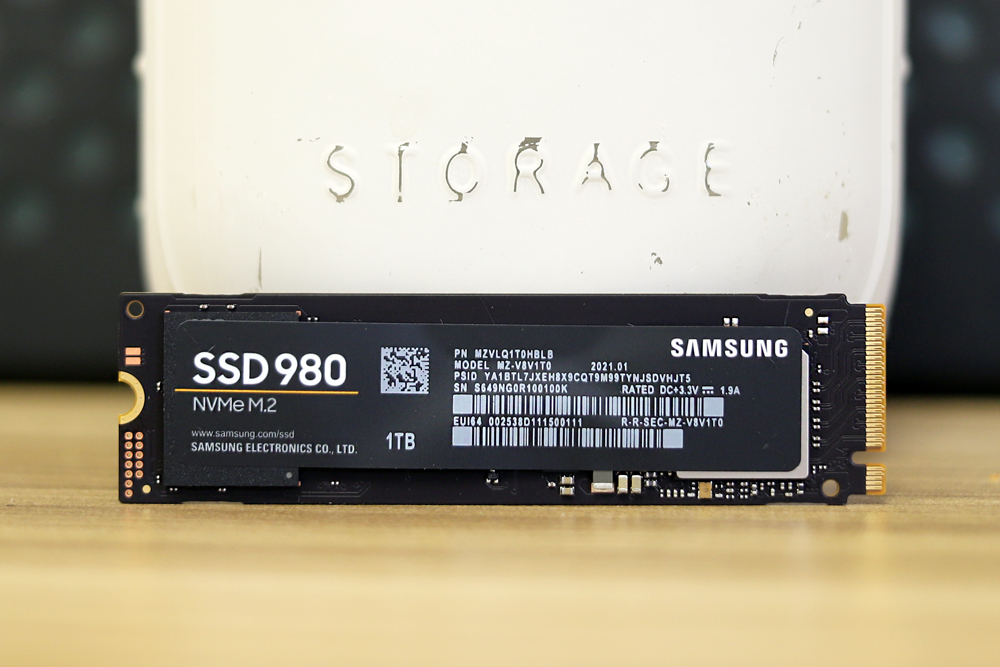 While the drive is aimed at every day, general use PC users, gamers may find something to love here as well. Not only is the drive affordable, users leveraging Samsung Magician 6.3 can go into “Full Power Mode” allowing the 980 to continuously run at peak performance for uninterrupted play. Dynamic Thermal Guard technology along with the nickel-coated controller and heat spreader label keep the drive from overheating. 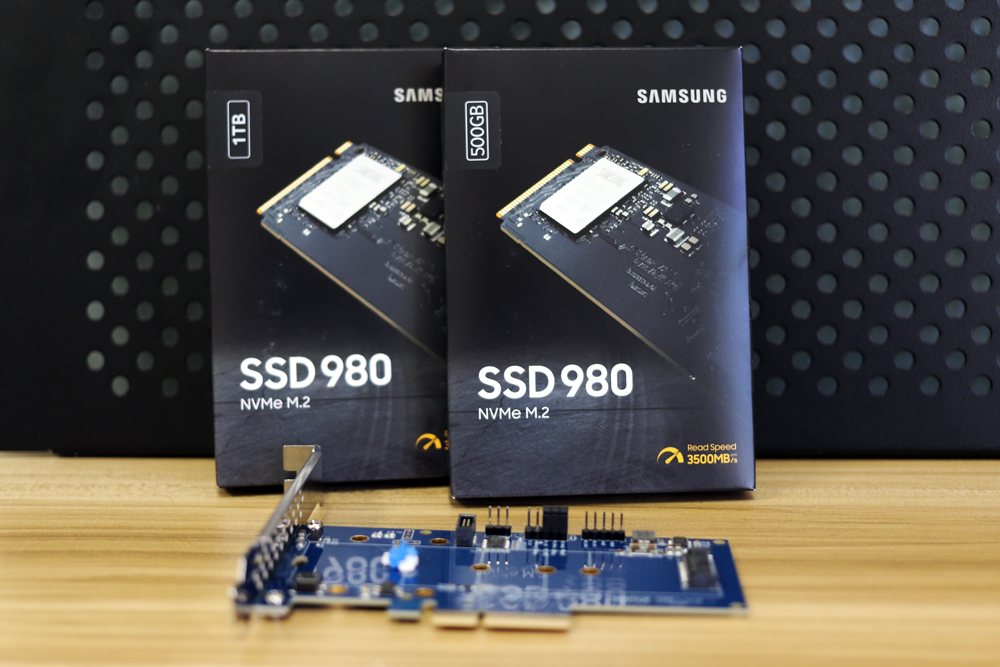 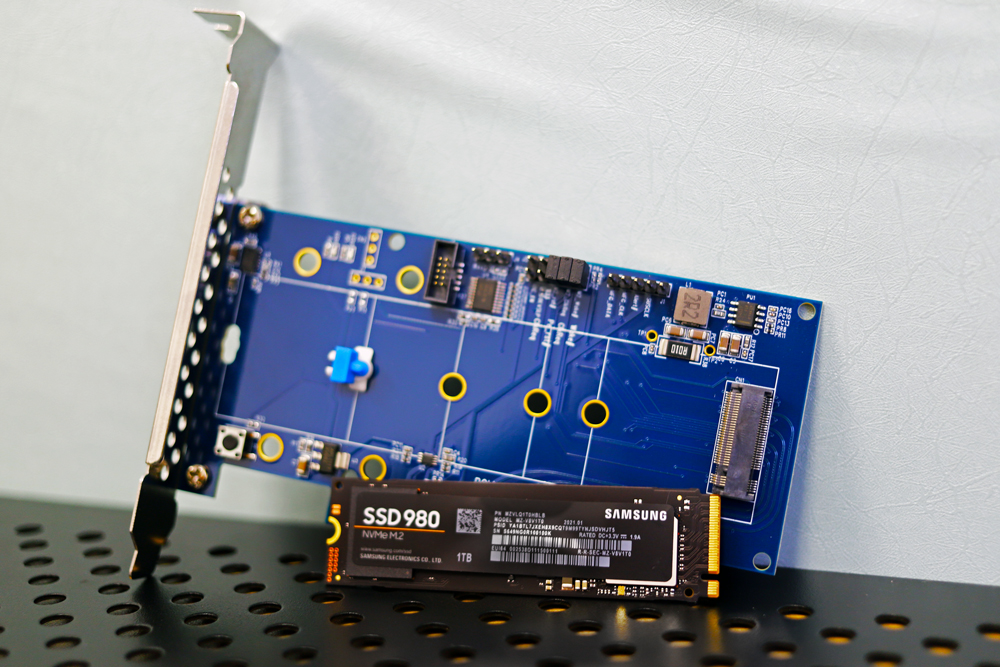 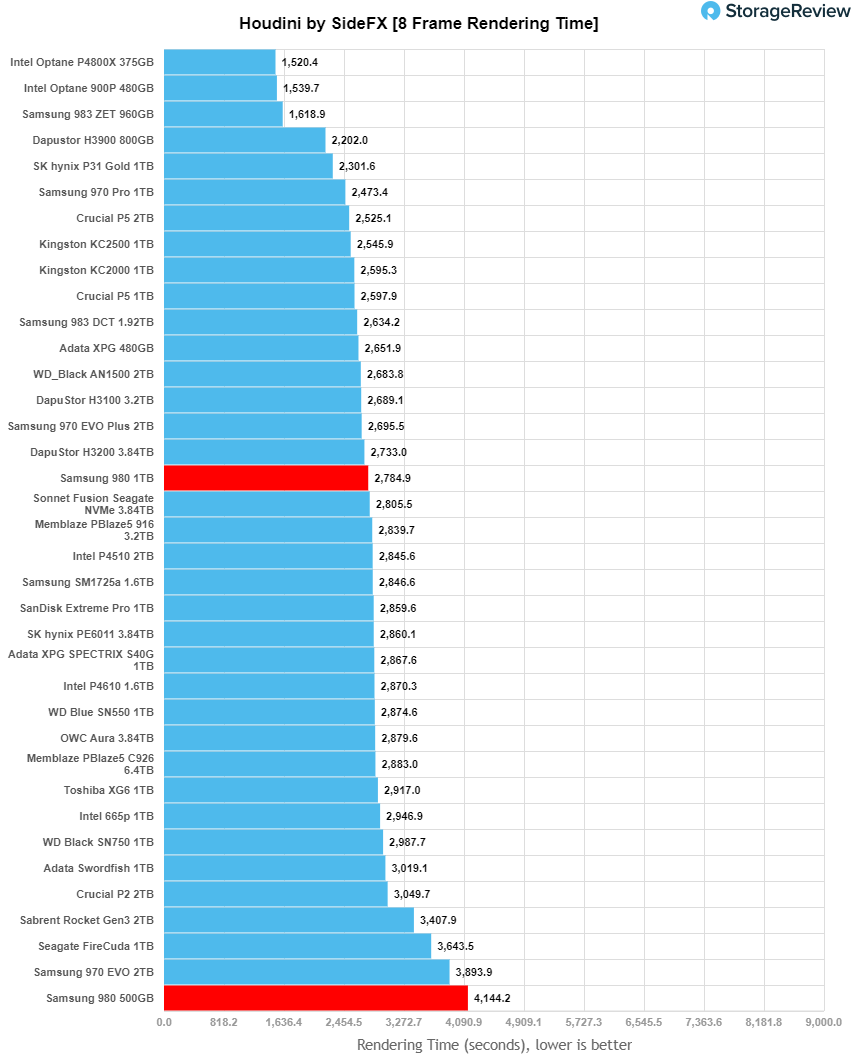 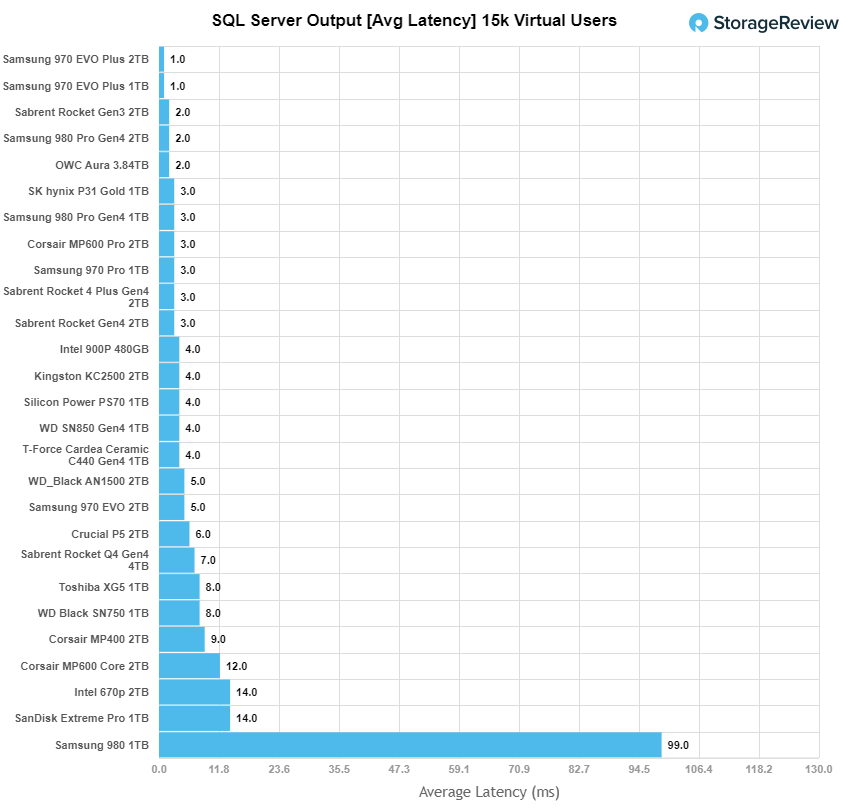 Next, we looked at our VDI benchmarks, which are designed to tax the drives even further. Here you can obviously see that all of these drives struggled, though this was expected due to their focus on price point and read performance only. These tests include Boot, Initial Login, and Monday Login. That said, the Boot test showed the 1TB version of the 980 takes seventh with a peak of 67,535 IOPS at a latency of 516µs. The 500GB version took last with a peak of 48,652 IOPS and a latency of 684µs.

To further test the Samsung SSD 980, we ran the Blackmagic Disk Speed Test on the Lenovo ThinkStation P620. 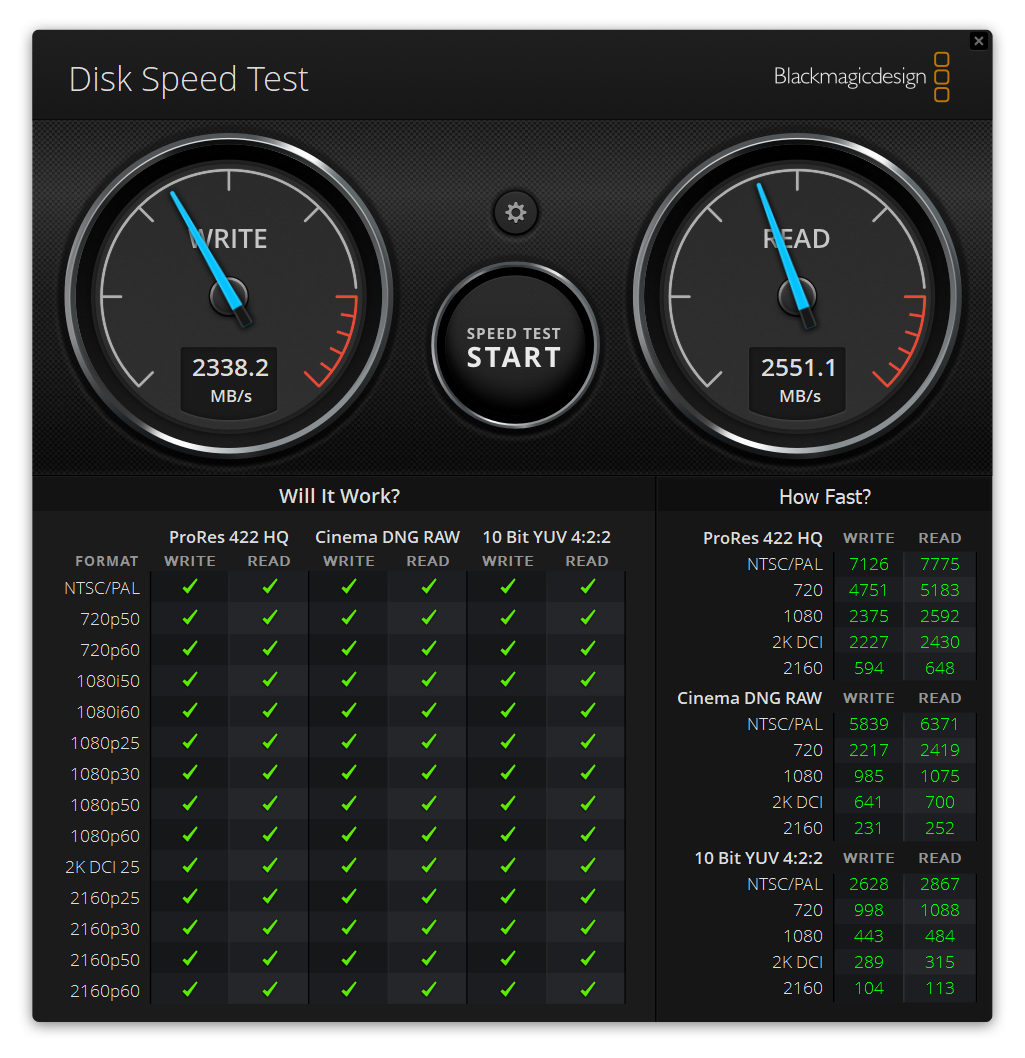 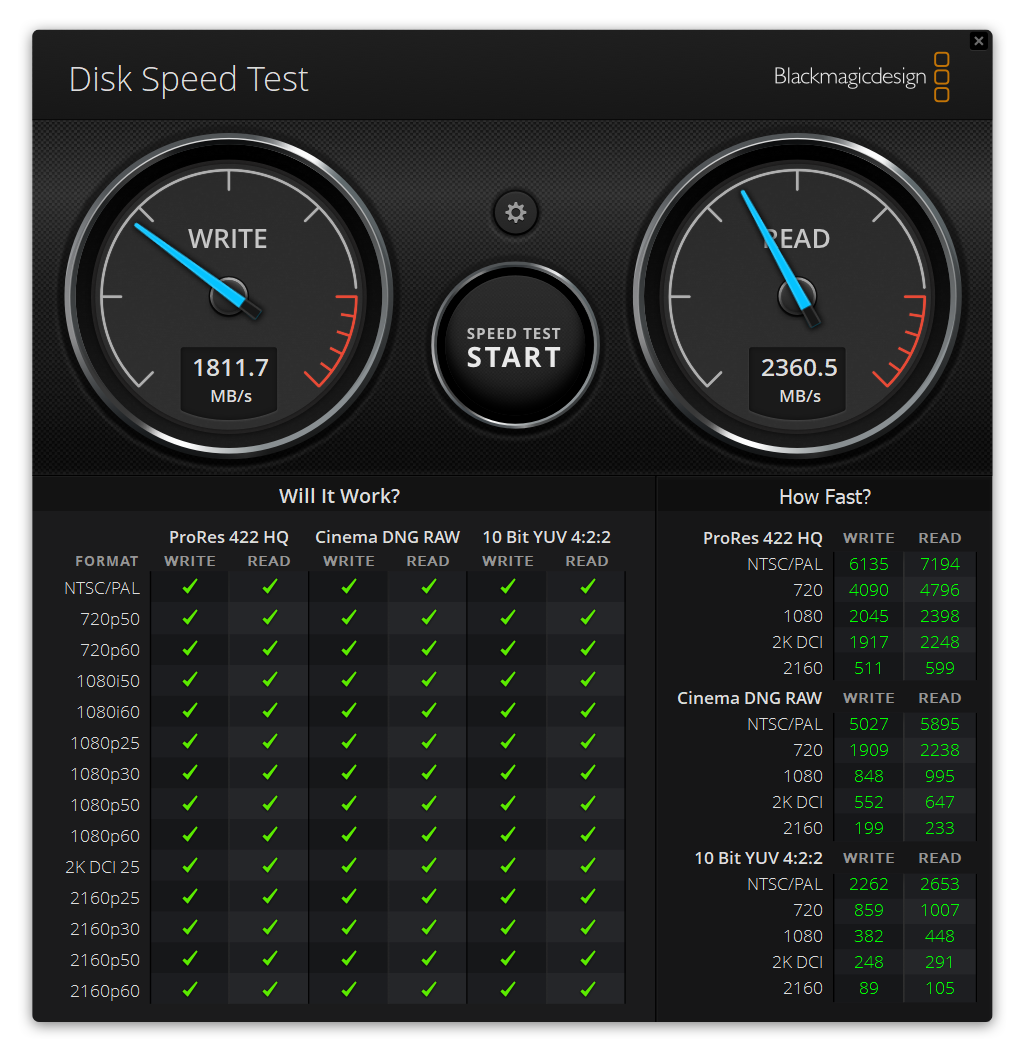 The Samsung SSD 980 is the company’s newest PCIe Gen3 drive with a bit of a twist, this is Samsung’s first client drive that doesn’t have DRAM. Instead of on-board DRAM this M.2 SSD uses HMB to access the host processor’s DRAM allowing it to quote numbers such as 3.5GB/s and throughput of 500K IOPS. The drive comes in capacities of 250GB, 500GB, and 1TB. And to top it all off, the 980 is very affordable at launch.

Looking at the performance we see that for Samsung, this drive is a bit of a letdown, with a caveat. Anything that routinely places in eighth and last isn’t exactly stellar in the performance department. However, the drive was tested against other SSD with DRAM, also the MSRP is about the same as the street price of some of the existing drives. For testing, we ran our Application Workload Analysis, VDBench, and Blackmagic and we tested both the 1TB version and the 500GB version.

The Samsung SSD 980 is a DRAM-less, client SSD that attempts to sidestep the performance drop of removing the DRAM with a few inventive tricks. In the end, though, the drive is still slower than the existing PCIe Gen3 comparables across many operating systems and benchmarks. Ultimately the performance causes this drive to be a letdown until the price drops substantially to make it a better value play.

How it Works: Veeam Backup for Microsoft Azure v2