In January this past year at CES 2021, the Phison PS5018-E18, or E18, was unveiled as the next iteration of the Gen4 SSD controller. In this review, we will be looking at a reference design from Phison to show what the E18 can do when an SSD is equipped with this controller, the latest firmware, and the new Micron B47R Fortis Flash NAND. This package is a reference design. While not available for sale directly, it should influence those who leverage Phison controllers.

In January this past year at CES 2021, the Phison PS5018-E18, or E18, was unveiled as the next iteration of the Gen4 SSD controller. In this review, we will be looking at a reference design from Phison to show what the E18 can do when an SSD is equipped with this controller, the latest firmware, and the new Micron B47R Fortis Flash NAND. This package is a reference design. While not available for sale directly, it should influence those who leverage Phison controllers. 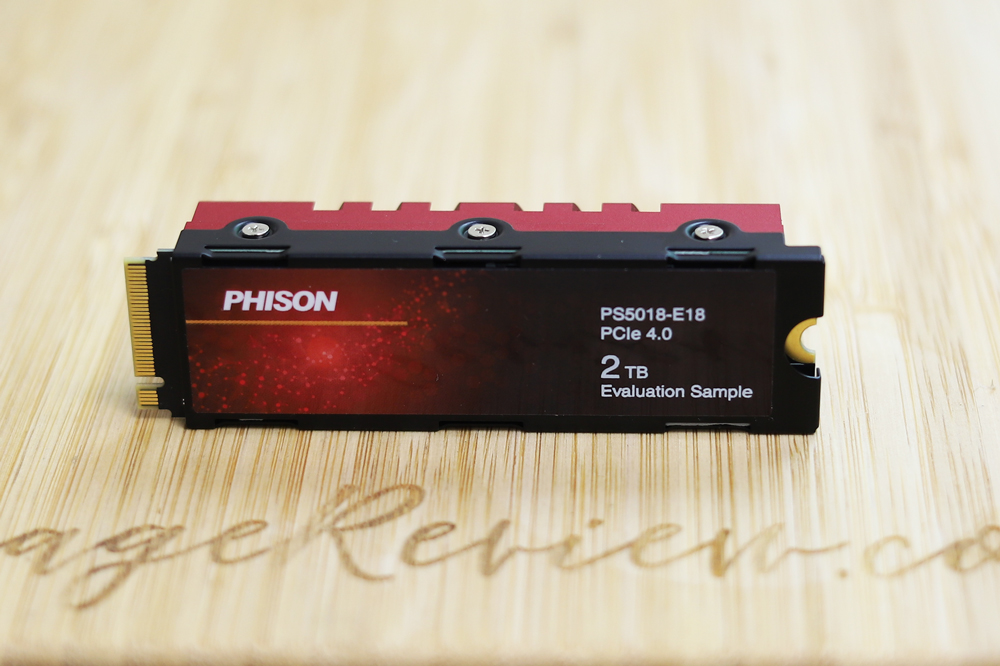 Phison claims that the Micron B47R helps to significantly increase the E18’s potential random read performance output at queue depth 1. Moreover, The E18 is the first on-market solution to quote a potential 7GB/s in both read and write performance, coupled with 1 million IOPS for both random reads and writes. 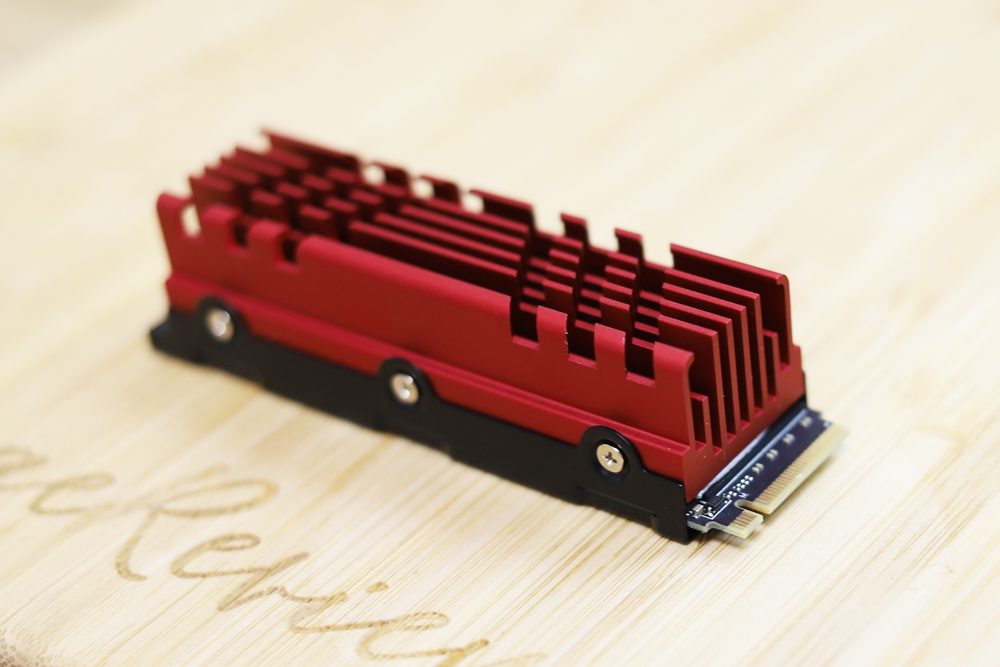 Highlights from the new E18 include the transition from 28nm to 12nm, which helps to increase overall performance up to 25% over the previous generation. This new 12nm manufacturing process also increases power efficiency and lowers thermal output.

Moreover, it uses the 4th generation LDPC (low-density parity-check) engine and is compatible with NVMe 1.4, and PCIe Gen1, -2, -3, and -4 while supporting PCIe 4.0 x4L and capacities up to 8TB. 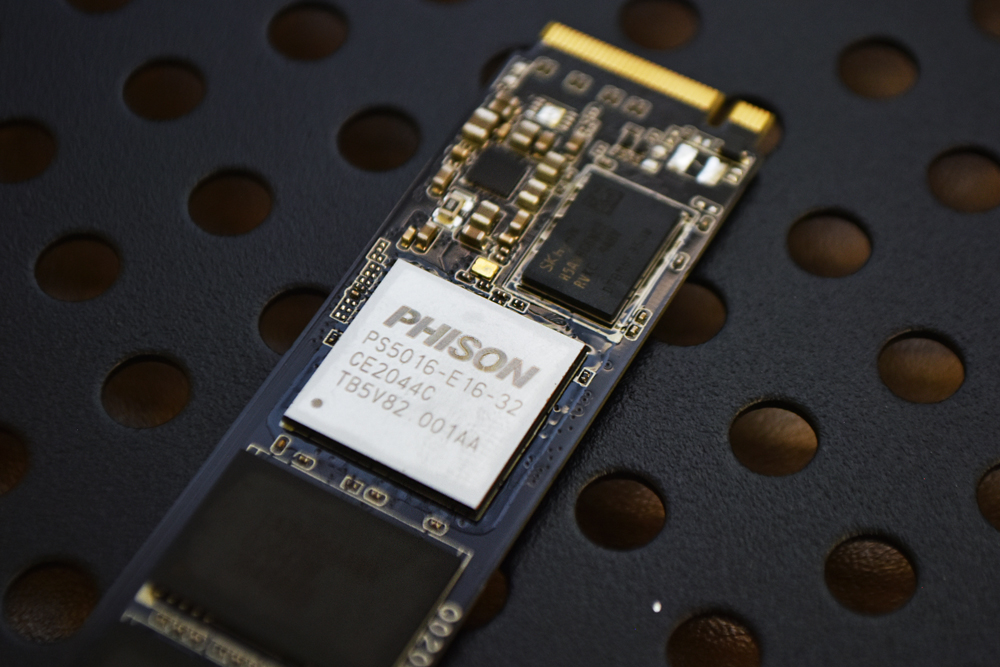 Part of Phison’s design reference SSD that was shipped to us included a rather substantial red heatsink, which can help to keep the drive cool and thus sustain speeds during heavy workloads.  Companies that decide to use this technical blueprint may not choose to bundle their E18 drives with something like this (as they usually aren’t needed). That said, you can certainly buy one if need be. Phison for instance sells an optional heatsink and Corsair has a water-cooled option. The SSD will do just fine within a notebook or external enclosure without the large heatsink though.

As we migrate into testing newer NVME Gen4 SSDs, it required a platform shift in our lab to support the newer interface. Lenovo has been out in the front of the pack with PCIe Gen4 support, including up to the front-mount U.2 bays, while others still only offer edge-card support. In our Gen4 reviews, we leverage the Lenovo ThinkSystem SR635 server, equipped with an AMD 7742 CPU and 512GB of 3200Mhz DDR4 memory. For Blackmagic, we use a Lenovo ThinkStation P620.

All of these tests leverage the common vdBench workload generator, with a scripting engine to automate and capture results over a large compute testing cluster. This allows us to repeat the same workloads across a wide range of storage devices, including flash arrays and individual storage devices. Our testing process for QLC SSDs starts with a secure erase, then we partition the drive to 1% of the drive capacity to simulate how the drive might respond to smaller application workloads. This is different from full entropy tests which use 100% of the drive and take them into a steady state. As a result, these figures will reflect higher-sustained write speeds.

In 4K random read, the Phison E18 started things off with a bang with a peak performance of 578,628 IOPS and a latency of 219.3µs, which was first among the wide range of comparables.

Next, we looked at our VDI benchmarks, which are designed to tax the drives even further. In Boot, the Phison E18 had a peak of 132,962 IOPS at a latency of 258.6µs, which was just behind the Samsung 980 Pro 1TB for second place.

For VDI Initial Login, the Phison E18 peaked at about 64,236 with a latency of 462.9µs before taking a few big spikes in performance. This placed is behind the Samsung 980 Pro 1TB once again.

VDI Monday Login saw the Phison E18 take the top peak performance of 41,251 IOPS with a latency of 236.9µs; however, it fell back significantly at the end of the test. 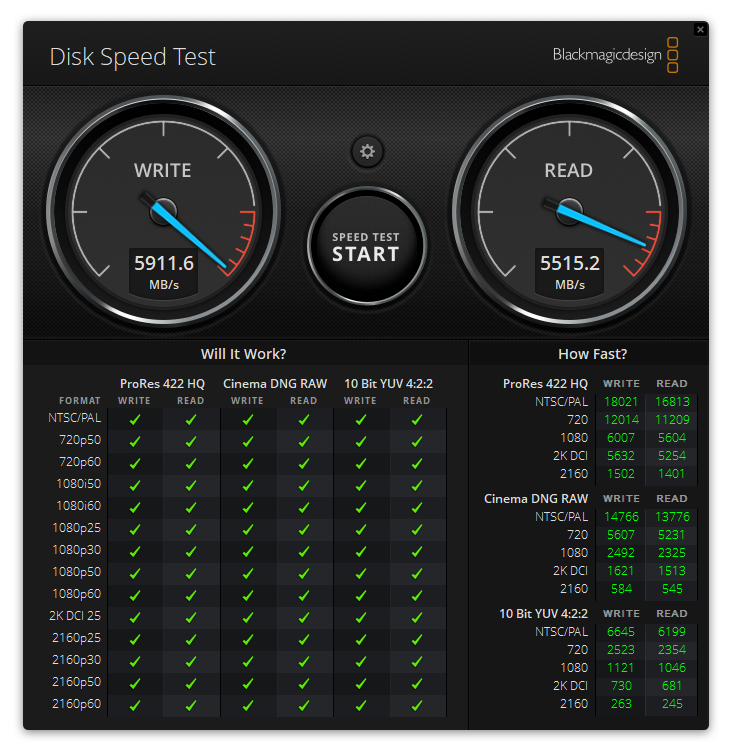 Overall, the new Phison PS5018-E18 looks to be a very successful release by the company. The new controller features an 8-channel design with 32CE, TSMC 12nm manufacturing process, 4th-generation LDPC engine, PCIe 4.0 x4L, and NVMe (1.4). Phison can also support capacities up to 8TB. In addition, it is highlighted by its encryption capabilities, such as hardware AES (AES 128/256 bit), SHA (160/256/512). 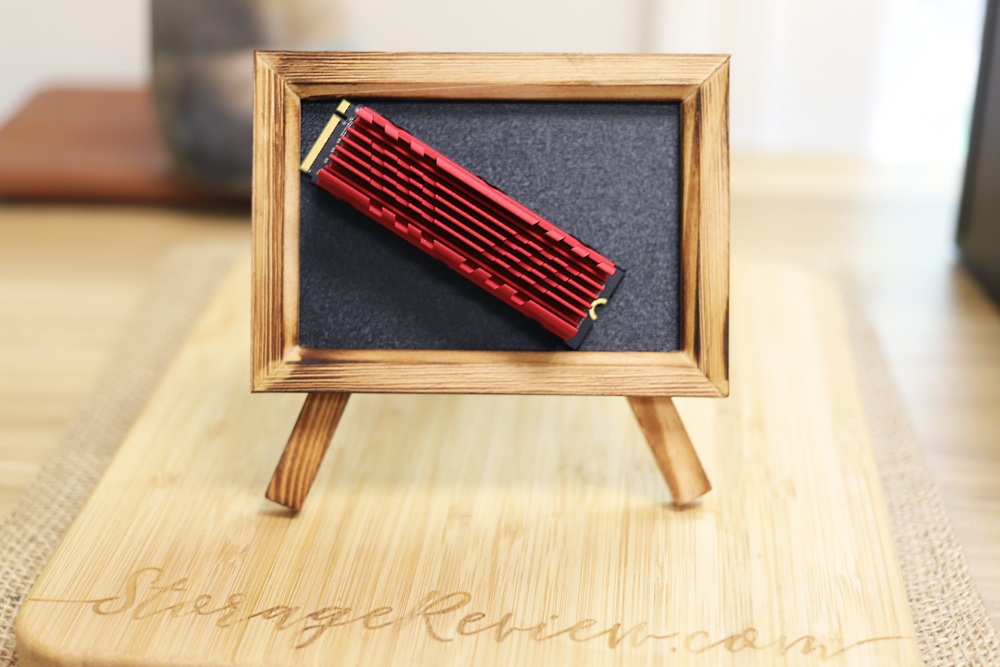 This performance review is of a reference design. That is a build that is meant to showcase its potential and intended for manufacturers to release as a branded product. Phison has paired their new controller with Micron B47R NAND and their latest firmware, which will allow E18-based products to compete with other premium products available now and in the future.

This was clearly shown in the performance charts above, as Phison E18 equipped SSD smoked the competition in most of our VDBench Workloads and boasted top-in-class numbers during the Blackmagic benchmark. Suffice to say, this came as somewhat of a pleasant surprise.

As for the specifics, our VDBench tests saw impressive highlights of 579K IOPS in 4K read, 569K IOPS in 4K write, 6.7GB/s in 64K read, and 2.06GB/s in 64K write, all of which easily beat the nine other Gen4 consumer drives we pitted it against. In our VDI Benchmarks, the Phison SSD saw more great performance (though results were much closer among the tested drives), with peaks of 133K IOPS in boot, 64K IOPS in Initial Login, and 41K IOPS in Monday Login. For Blackmagic, the E18 gave us 5.91GB/s read and 5.52GB/s write.

It remains to be seen how drives with the Phison PS5018-E18 controller, NAND, and firmware come to market. But we can make some assumptions that Phison regulars like Sabrent, who already uses the E18, and Corsair, who used the E16 prior, will be back for this combo. And why not? This package should give those guys an immediate chart-topper that can finally give the Samsung 980 Pro and the WD SN850 a run for their money. Here’s to hoping we don’t have to wait too long for those SSDs to come to fruition.